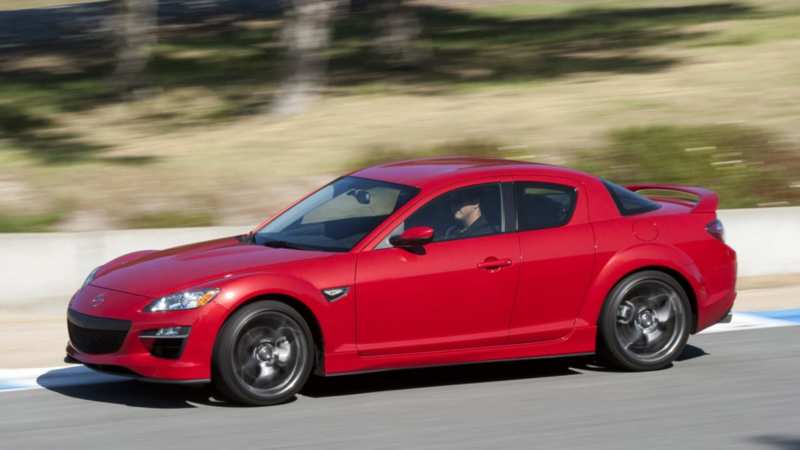 Mazda RX-8 model became a worthy successor of Mazda RX 7. The sports prototype was launched in Detroit in 2000. A year later in Tokyo it was possible to drive on a trial version with Renesis rotary engine. Well, the direct release of the “Japanese” began in 2003. For all history of existence eighth RX has won more than 50 prestigious awards.

It became the best car of 2004 in Singapore and Great Britain, car of the year 2003 in Japan. And according to Car and Driver magazine, she was among the top ten cars in the world three times. In total, almost 167 thousand Mazda RX-8 were sold. The whole model range is Mazda.

The appearance of the car will reflect all the latest trends that determine the course of development of the sports cars segment. The front part of the Mazda RX-8 provides a sports car with a predatory appearance. There are narrow strips of lighting fixtures, which are combined with flexible lines of the hood – all this contributes to the effect of aggressive appearance.

The body shape was developed with an emphasis on the aerodynamic characteristics of the car. This can be seen on the sloping top, smoothly turning into a hood. Thanks to this, it was possible to significantly reduce energy consumption to overcome the air flow. The front end of the car Mazda RX-8 looks great even against the background of the majority of newer cars. This is partly achieved because of the stocky front end with a tricky look of slanted headlights. 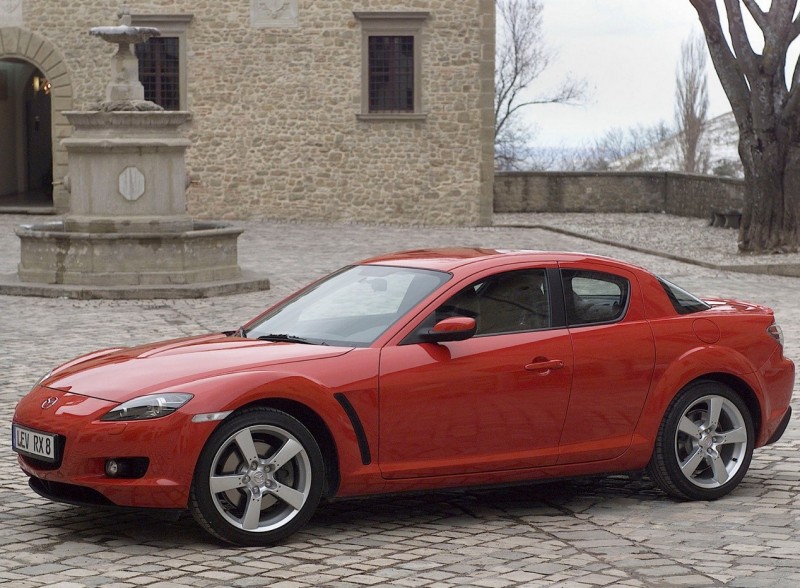 The 5-piece final grille of the machine, which is already known to many, acts as a stylish air intake. The side of the machine is no less interesting, which is noticeable because of the dynamic silhouette with small overhangs, muscular wheel arches and unique swing doors. Side by side it is not even possible to say that a sports car can be a sedan, however, as you have already learned above, it is so.

Behind the front wheels, there are small narrow “gills”, which give the car more dynamism and sporting qualities. The aft part of the sports car has already familiar headlights, the name of the car and its model. Side by side at the bottom of the car a pair of exhaust pipes have found their place. In general, the appearance of Mazda looks quite aggressive and slightly resembles Mazda 6 those years of production.

If you get inside the car, you will notice the T-shaped dashboard, which is already familiar to Mazda rotorcars, in the center of which there is a free space for the analogue speed sensor of the power unit. Moreover, there is also a digital speedometer, everything turns out to be like in a typical sports car. I would like to mention separately the contrast of the sports dashboard together with the design of the front panel.

Looking there, you notice everywhere a heap and all sorts of puzzles, which are also painted with lights of different colors. It feels like if you turn on the lighting, this color composition can even tire your eyes a little bit. In some situations, this solution may seem strange. However, the eyes are pleased not only with the well-produced design, but also finishing of the interior of high quality. Speaking behind the door, the front can be opened 70 degrees, and the rear – 85 degrees.

It is also interesting that there are absolutely no central racks, which provided free access to the front and rear seats. Thanks to the competent work of experts, it was possible to provide, despite the absence of rear racks, safety of such a presentable machine. But about strengthening of a design in technological department have not forgotten and have given the integrated vertical power elements which during closing of doors are absorbed into a body component below and above. 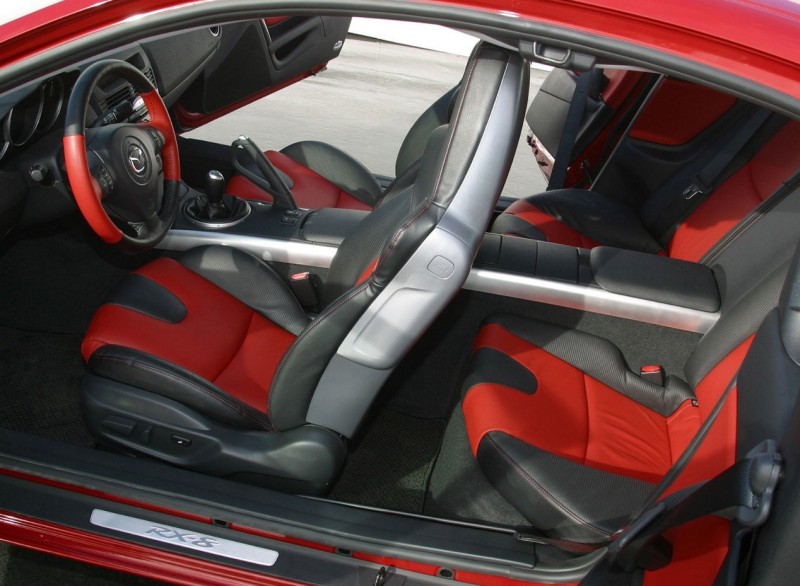 Speaking of the front seat, it was carried out with high precision, and has reinforced supports in the femoral, shoulder and lumbar areas, which gives a guarantee of increased comfort while driving. I would like to highlight the high quality of the panels in the cabin, the stand for the left leg and, of course, the sound quality of the audio system. Of course, someone can say that all this is a trifle, but it is clear from the trifle that the design and quality of assembly and materials worked hard.

The design component was thought out perfectly clearly, even to the most insignificant elements. This is noticeable in the notches of triangular shape, the original shape of the gear lever gearbox, interesting wells of the dashboard. The presence of three-spoke steering wheel, which is located inside the car, indicates that the company wanted to make any contact with the car more pleasant, soft and comfortable. 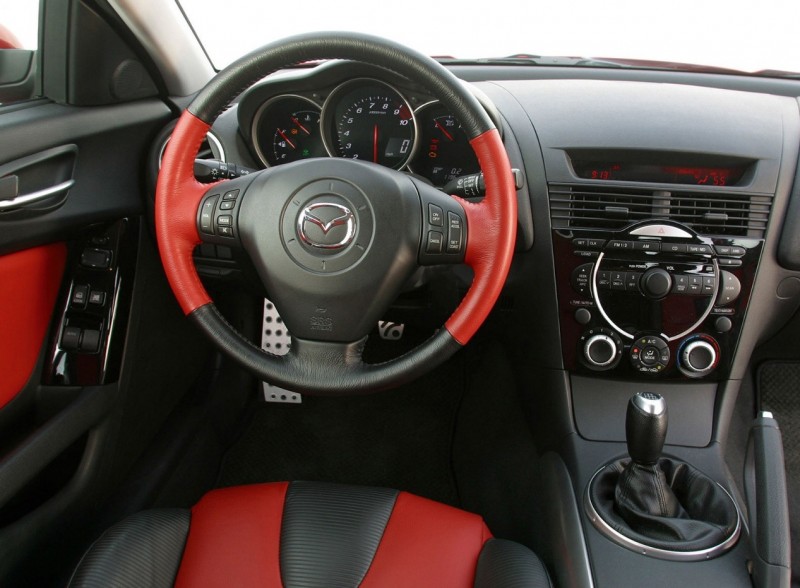 In general, the designers were tasked with making a sports car out of a civilian car, which will have the aggressive features of a racing car. It is the bold decisions that made it possible to achieve success in this matter. Everything is very thought-out and in its place, all levers and keys. Everything is intuitively clear and is in close proximity to the driver, so that he could adjust the Mazda RX-8, without distracting from the control of the car – and this is very important, given the fact that such a car can move very quickly.

It was decided to cover the steering wheel with dark leather, which will allow you to drive the car even with gloves on. The pedals were covered with a layer of waterproof rubber, so that the driver could retain full control over the powertrain in any situation. In general, red and black leather prevails in the interior. Being in the chairs is very pleasant and comfortable.

However, as they say, there was a spoonful of tar. For unknown reasons, silver plastic is still used inside the car, although aluminum would be much better and more pleasant. If you sit on the back seats, you will feel as if you are flying in a plane. Minimal visible space, eternal overloads and rigid fixation of the torso. Even the small vents on the clips are present. Therefore, people who suffer from claustrophobia, or aerophobia, it is better not to bring into the car.

By the way, there are four seats in Mazda RX-8. Luggage compartment even in a sports car is and is quite a big 290 liters of useful space, which is quite good for such cars. Even if you want to transport long objects, the backrest has a small hatch.

According to the developers, the appearance and all the trifles were developed for the Renesis power unit, which made it possible to reduce oil consumption by as much as 50% and fuel consumption by 20%, as well as it meets environmental standards. The presence of a two-section engine, the volume of which is equal to some 1.3 liters, turned out to be quite compact. In the formation of the engine, the engineering staff was able to multiply the peak speed and added an important highlight – a complex system of inlet and outlet channels, which are located in the stator body.

Their section can change in a calm order, depending on how many revolutions. It would not be superfluous to mention that this engine is the strongest rotary power unit without turbocharger, which was only for the whole time of the company existence. Speaking for the manual gearbox – it is suitable for all models in Europe, but differ only in the fact that a stronger modification has six gears, and the standard only 5. 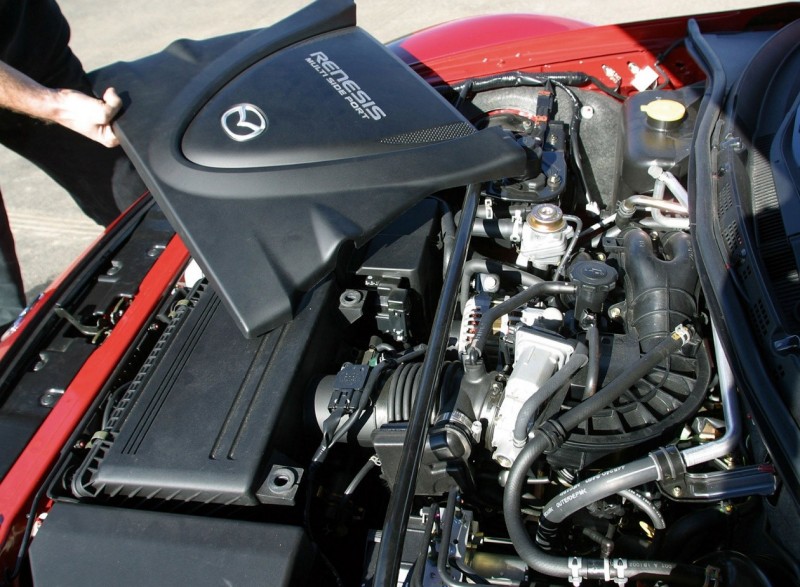 The car’s walking was designed to allow the driver to enjoy and drive on such a strong sports car without hearing road noise and vibration. Speaking for the suspension, it’s innovative on the Mazda. At the back of the car there is a new multi-link system, and at the front – the suspension of the lever unit. Thanks to the extended links, it is possible to save the exact geometry and to hold the wheels, diagonally 18 inches in full tandem with the road while driving. As a result, this makes the machine more comfortable to operate and more stable.

There’s no reason to worry about safety. Thanks to the increased body stiffness, the safety of passengers in oncoming, passing and side impact is improved. In case of a traffic accident, 6 (2 as standard) airbags will be able to save people’s lives.

However, of course, it is better to avoid such emergency situations. This is exactly what different electronic security services are designed for. Among them there is a system of dynamic stabilization, a system that reduces the probability of skidding, EBD and the popular ABS. 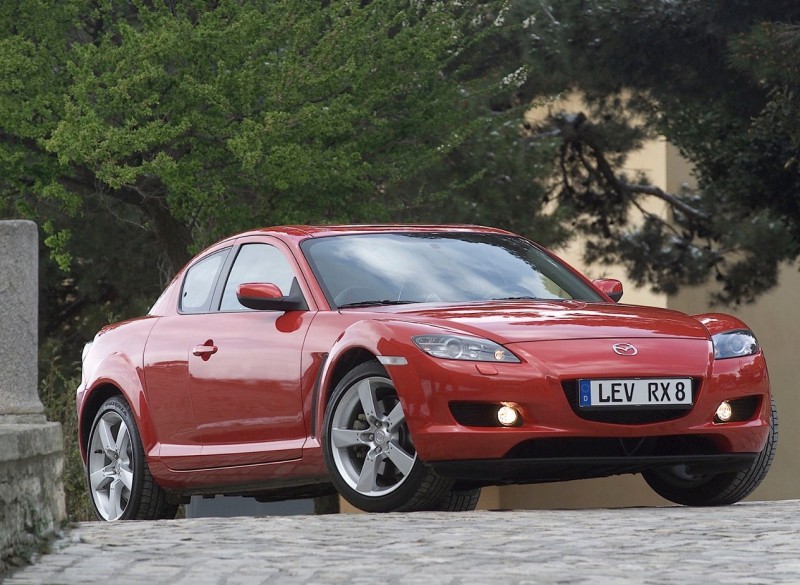 With a reinforced rear door and side panels inside for increased durability, the degree of safety meets international standards. Moreover, the machine is equipped with an injury-free brake pedal to reduce the impact on the feet and tibia in frontal impact.

For the safety of pedestrians, Mazda has also thought of making a cone-shaped aluminium hood that can absorb the collision force and reduce the collision force. The braking system on the sports car Mazda RX-8 is presented in the form of disc brakes of increased diameter to provide a large braking force in emergency braking, which dramatically increases the active safety.

Unfortunately, due to stricter national and international environmental regulations, the Japanese car is no longer manufactured. This suggests that buying such a car will not be so easy soon. However, it is still possible to buy a new one in some salons. 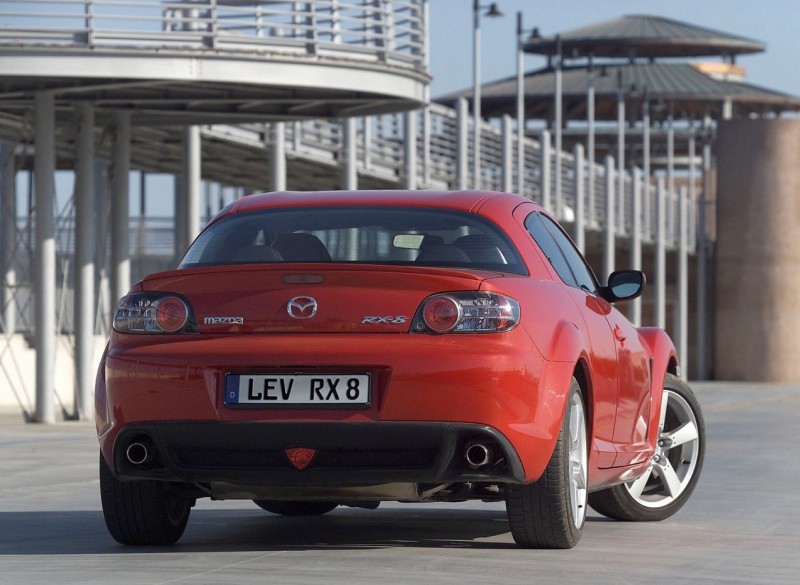 Summing up such a wonderful Japanese car as the Mazda RX-8, only pleasant impressions remain. And they start right after the first glance at the appearance of a sports car, which is not the most modern and not the most stylish, but able to fascinate and fall in love with yourself. Large wheels, strong arches of wheels, rapid appearance and aggressive qualities allow the Mazda RX-8 to feel confident on the road.

Getting into the interior, you immediately notice the presence of sports paints, red and black. The quality of assembly and the materials used at a high level, there is nothing to pick on, except for the plastic, which is painted in the color of metallic – clearly lack the use of real aluminum. The front seats are very comfortable and can perfectly hold the driver and passenger sitting next to each other in place during steep bends. There is room for two more passengers at the back. There is also a small luggage compartment. 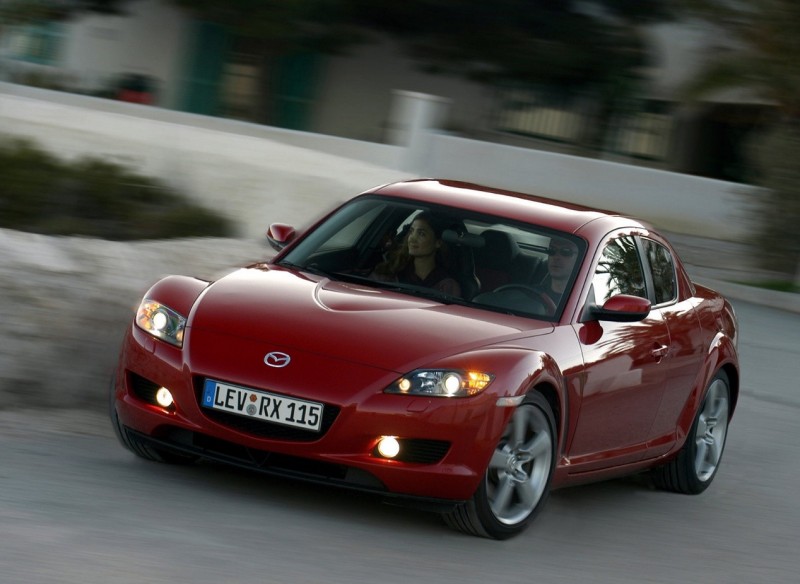 The level of snap-outs, though not the limit, will be useful. The power unit here is quite unusual, but at the same time consumes less fuel and oil, which is a big plus. The suspension allows you not to feel many potholes, especially at high speed, which makes it possible to fully concentrate on driving.

The company has also not forgotten about ensuring an adequate level of safety not only for the driver and passengers, but also for pedestrians. The car has good dynamic characteristics and has a relatively low weight. It is a pity that it is no longer produced, but in some exhibition centers it can still be purchased. Unique combination of price and quality.

We advise you to read the article: Mazda History 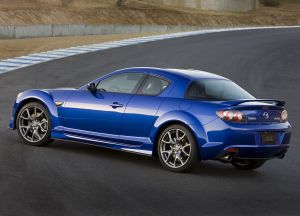 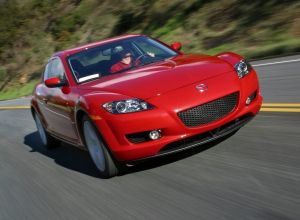 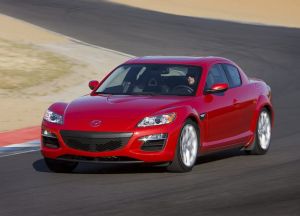 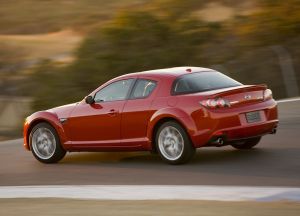 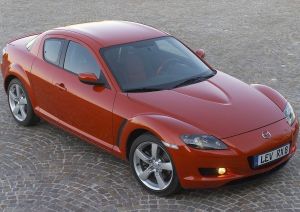 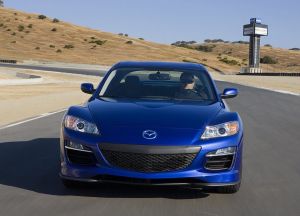 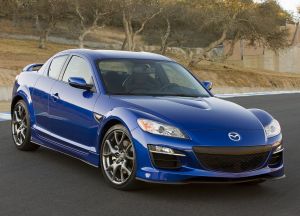 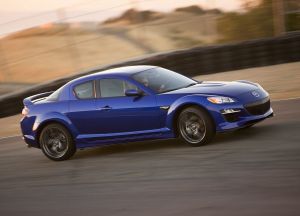 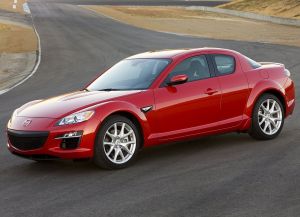