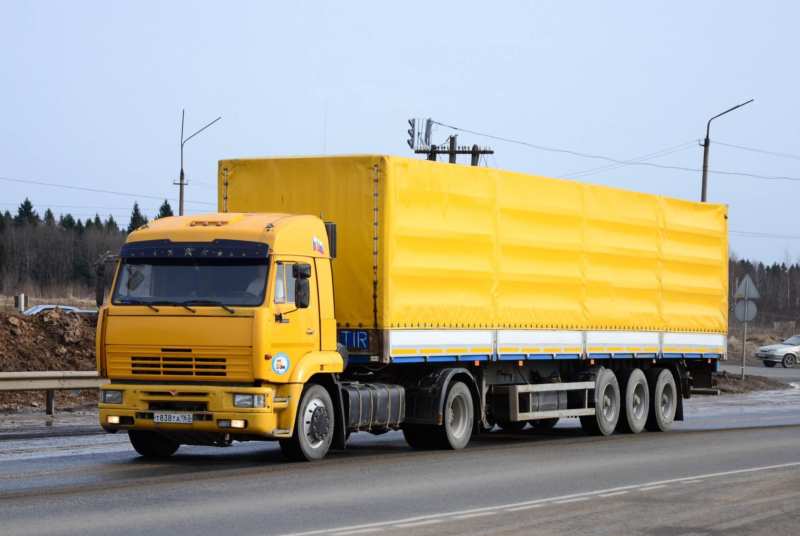 The KAMAZ-5460 truck tractor, which appeared in 2003, became the debut 40-ton truck produced by the Kama Automobile Plant. The model was adapted for operation with European trailers. Previously, the model list of the Kama plant consisted of a 6×4 wheelbase with a high saddle fit and relatively low capacity.

Drivers who drove such a wheel arrangement, frankly speaking, felt discomfort, because the car was more productive than a car, which could compete with MAZami and European analogues. Therefore, the management decided to launch the debut car with the mark 5460 from the beginning of 2003. The whole model range is KAMAZ.

The earliest KAMAZ machines marked 5460, which came off the conveyor belt, were developed on the platform of the already known machine – 6520. The wheel configuration of the machine was modernized. Instead of inconvenient for European 6×4 trailers – the car is a 4×2 base. Initially, the suspension was made fully spring, but very soon it went into oblivion, and a new air suspension was installed on the rear axle.

Thanks to the air suspension it was possible to reduce the height of the saddle landing to 1.2 meters. Despite the fact that it was assembled on the territory of the Russian Federation, its elements were fully borrowed – cylinders were ordered from Hungary, and the air control system WABCO – from Germany.

Later, a model of the tractor appeared, which was released in 2010 under the designation KAMAZ 5460-046-22 “Steyer”. The vehicle was upgraded and had a low-speed diesel engine KAMAZ-740.37-400, which, as it is easy to guess by name, developed up to 400 horsepower and was equipped with a fuel system, which is produced by Bosch. 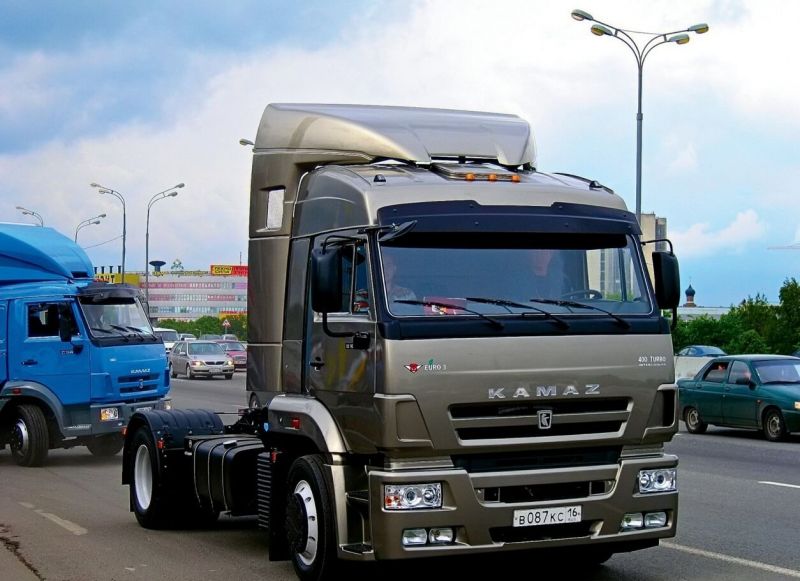 The improved engine met Euro-3 environmental standards. The engine was synchronized with the 16-speed gearbox ZF, just like before. The rear part of the axle was replaced by a brand-new high-speed hypoid, which was produced by the Bulgarian company Madara. The models of 2015 look very spectacular, and you can’t say at once that this is not a foreign car.

Initially, after restyling, a different grille with integrated side fairings is immediately visible, which helps to reduce side swirls and less dirty doors. The updated front bumper has received improved light amplification technology and towing eyelets that can be screwed in.

It was also noticed the presence of new steps, where there are lattice plates, which make it much easier to climb into the cabin of the truck. On-road modifications include a new fairing mounted on the roof of the cab. Together with restyled body parts, this helps to increase the aerodynamic component of the machine and reduce fuel consumption. 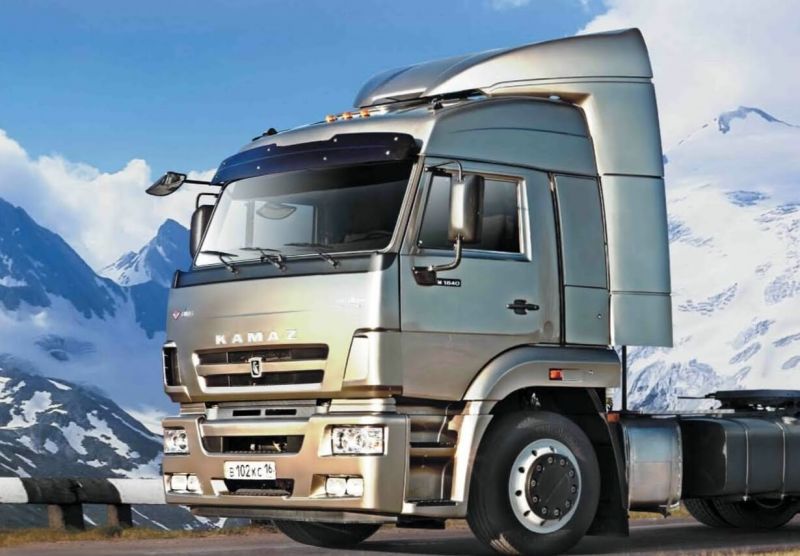 KAMAZ 5460-046-22, as well as KAMAZ 5460-066-33, has received the installation of a three-brush windscreen wiper, which provides a tight fit of brushes on a huge area of glass cleaning. There are, of course, the presence of plastic elements, but all of them are installed in their places, as dug in.

They are produced by a local company RIAT together with a Turkish company. The new KAMAZ 5460 tractor has a hydraulic elevator, which the design staff moved down from behind the wing behind the right leg. As a lever, the hydraulic lift is standardly suited for installation, which lies in the toolbox on the chassis. 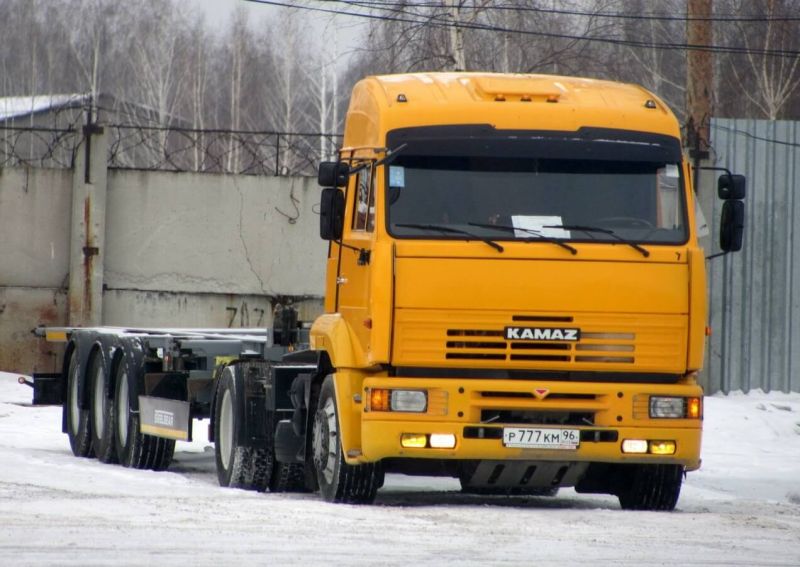 Before entering the cabin, it is possible to note that the cabin door can be opened unusually gently softly and the door handles are made of plastic and not of steel. In fact, instead of the standard rotor lock, which, as often happens, need constant repair and adjustment, locks from the VAZ 2108 car were installed here.

Also, if before the steps on the steps were made of metal, now they are made of plastic, and from under the bumper you can see a strip of dark color, which is a steel underride bar, just like a European tractor. It is noticeable that the models have changed for the better already in 2015.

Getting into the cabin of the new KAMAZ, you notice the presence of comfortable seats with an air suspension. They were produced in Yelabuga. It is also possible to install other variants of RIAT seats from Chelny, as well as Pilot. The instrument panel has received a plastic finish, and many people know it, because this is the kind of equipment that cars that meet Euro-3 standards get. The level of the plastic itself and the assembly itself in due degree.

Thanks to the new dashboard shield, which was produced by the Russian-American company “Ametec”, there is an anti-reflective film. But, unfortunately, the screen itself has not yet been Russified. Those who have been in the “Dakar” Kamaz, know the peculiar work of the crane handbrake – it functions not from top to bottom, but from left to right. Most likely, the engineers decided to install a handbrake on the 5460 model of the same design as a little unusual for chauffeurs.

Also, there is another small defect – the toggle switch for pneumatic adjustment of the steering column was placed under the parking brake lever. This parameter can be very inconvenient on the road. In order to sit comfortably behind the steering wheel, even an experienced driver will need some ingenuity. There are also undoubted advantages of the restyled cabin, for example, that there is a second full sleeping place on the gas stops instead of the obsolete bed.

More importantly, it is the suspension of the cabin itself, which has already become a four-point air suspension with ZF Sachs parts. It was introduced not only for a smoother ride, but also for safety. At the time when the launch of the updated cabin began, the KAMAZ’s investment project on restyling paintwork started. 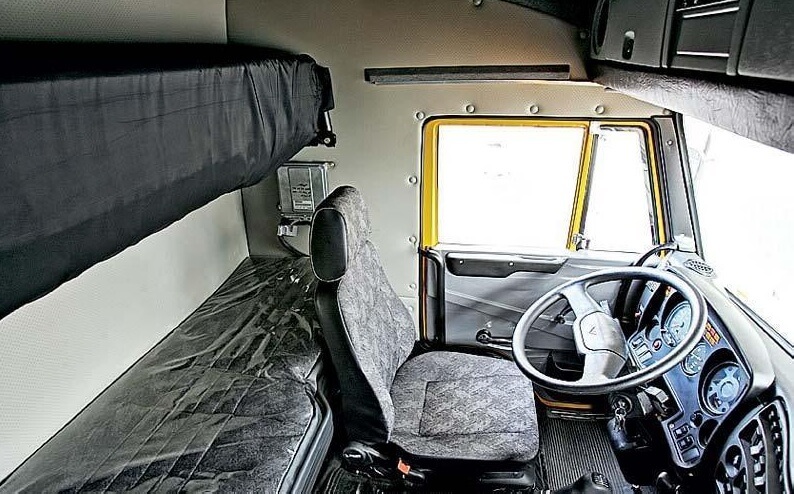 The introduction has been smooth for 4 years. The contract with the company for the supply of paint line elements was signed back in 2006. The first stage, which lasted until November 2007, allowed the installation of equipment for preparing the surfaces of the cabin elements and their cataphoresis primer.

Undoubtedly, it was not without money investments, which amounted to 1 500 000 000 000 rubles. Experts say that the introduction of the Dürr line has increased the corrosion resistance of the painted parts of the cabin by a factor of 3. This will also ensure improved quality and significantly reduce manual work with twelve robotic painting systems.

The updated truck was supplied with a KAMAZ-740.64-420 engine, which produced 420 horsepower and met Euro-3 standards. The Common Rail injection system was the responsibility of the famous Bosch company. There was also an electronic control unit, which was installed in front of the truck, in the collapse of the unit. The latter was produced not on Hungarian soil, as before, but by Chinese specialists. Power units, which come with the Common Rail fuel system, are now produced in small quantities.

Along with the modernization of the fuel mechanism, the restyled 740th family has also received a list of other upgrades. For example, they began to use the latest material for the cylinder block, cast iron PVG35, where there is vermicular graphite. This made it possible to increase the strength of the main body of the element and reduce the noise level of the functioning motor by 0.1 – 1.5 dBa. Also, together with specialists from Federal Mogul, structural transformations of cylinder elements and pistons were carried out. 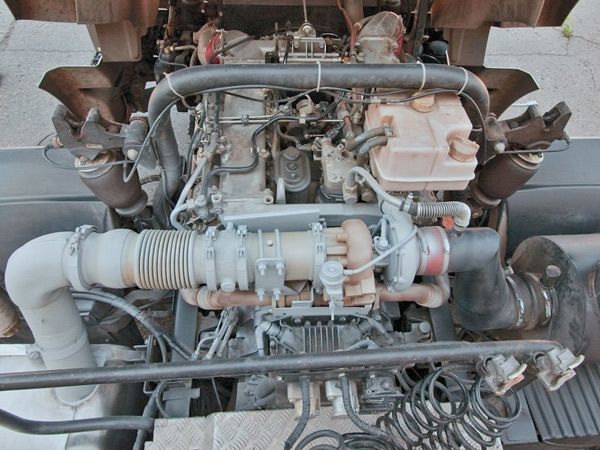 Alloys that are used have become more innovative and have introduced special coating technologies for chromium-diamond piston rings. In order to increase the service life of engines, which were produced by about 400 and more horsepower, we introduced a method of carbonitriding the crankshaft. Improvements have also been made to lubrication and cooling systems.

The oil heat exchanger now had an added heat exchange plane. Also, the design staff was able to change the shape of the cylinder head, taking into account the installation of fuel injectors and use a solid flywheel crankcase, which meets the standard SAE1. But after restyling, the KAMAZ trucks were still going along with power units and no Common Rail (KAMAZ-740.50-360 with a capacity of 11.76 and a capacity of 360 horses, where the piston stroke was increased up to 130 mm).

The engine has received significant improvements and was able to prove itself during long journeys. Its increased power allowed it to feel more confident on the road and not to be afraid of overloads.

Following the example of similar models from Europe, in a similar case, the specialists of Kamaz’s division synchronized their own power unit, designed for 420 horsepower, with an automatic gearbox ZF AS-Tronic. In European countries, such a gearbox is installed on tractors MAN TGA/TGX, DAF XF and Iveco Stralis.

Therefore, it is logical to conclude that there is no clutch pedal. Joystick settings of the box were borrowed from the DAF truck, but its console with the ability to switch modes was produced at the Kamazov plant.

The speeds are switched as they should be, so that it is hard to see and the car is smoothly accelerated. If the car is loaded, it will accelerate with confidence despite a 20-tonne semi-trailer, throwing away possible jerks and vibrations.

First time Kamazovites installed an automatic gearbox in the truck, which operates without problems, smoothly and almost imperceptibly carrying out the gear shift.

The clutch is a single-disc diaphragm clutch with a hydraulic actuator and a pneumatic booster. To date, the truck tractor of the trunk type, the name of which is 5460, is only in the two-axle version. And the rear axle is a Chinese brand FAW.

But in the future, the Kamazovites want to assemble a three-axle version of the machine, where the rear will be a spring suspension, so that you can work with a dump trailer or transport very heavy loads. Then the chassis will be equipped with bridges from Hungary, Madara, or Chelnya.

The brake system is a pneumatic actuator with drum mechanisms. The drum diameter is 420 millimetres and the brake lining width is 180 millimetres.

After the last updates the mainline tractor KAMAZ-5460 can be easily confused with a foreign car. And for this it is necessary to give due consideration to the design staff, which, it should be recognized, has really worked for the glory. Now there are very few links between the model and previous models of KAMAZ (old versions of the cabin).

Radiator grille has become much more pleasant and functional, headlights have improved properties. The cabin itself has received pneumatic cushions that increase comfort. The same can be said about the rear suspension, which also has airbags that smooth out the main unevenness on the road.

A lot of work has been done on the powertrain, which has become very powerful and copes with its duties perfectly, providing good dynamics. The gearbox works perfectly with the engine, especially the automatic one, there are no jerks and jerks. Inside it is much more pleasant. A full-fledged double bed is now available, and the seats have a comfortable air suspension.

The dashboard is informative, and all the controls of the car are nearby, so there will be no need to distract from the road to change any settings of the car. It is noticeable that Kamsky Automobile Plant has made a noticeable and confident step forward. You understand at once that the company does not aspire to sit back and wishes to be competitive in the ruthless automobile market. I hope that it will develop and improve further. 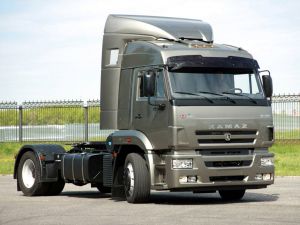 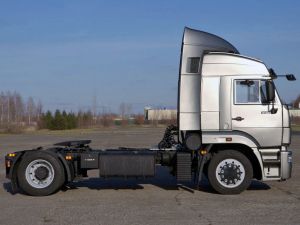 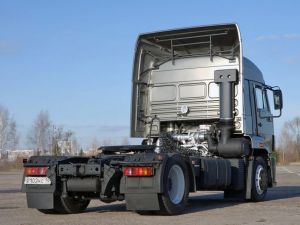 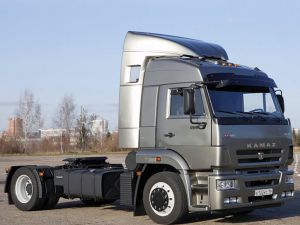 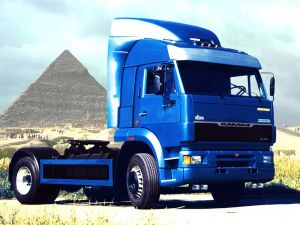 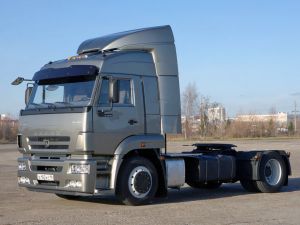 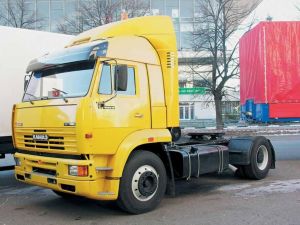 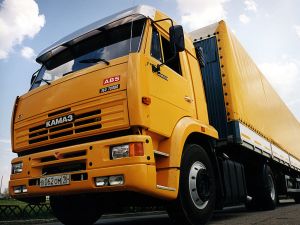 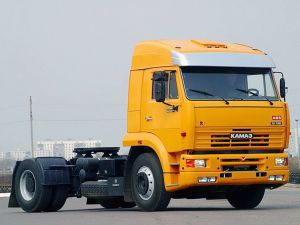