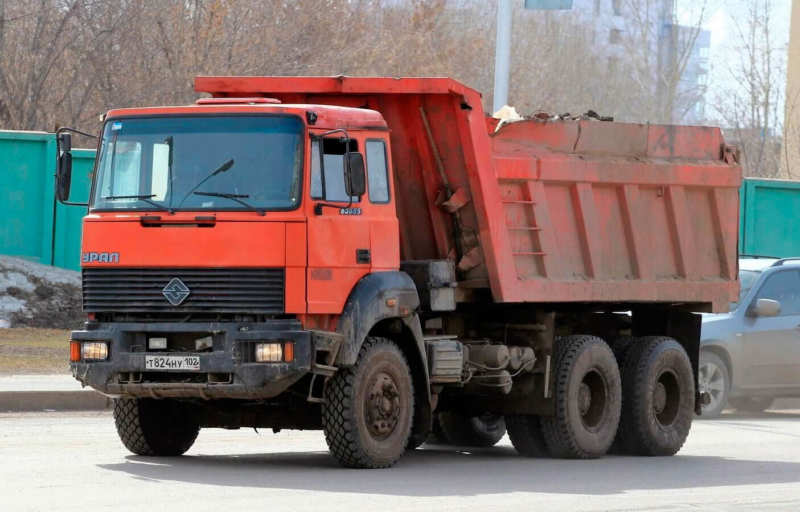 Maybe not the most popular, but quite famous truck in today’s time is the Ural-63685. It has excellent working data. In addition, the truck has got a really big resource, it is very durable, because from the very beginning it was produced for heavy and extreme situations. This article will introduce you to the Ural 63685. Trucks have proved themselves perfectly in the Russian Federation and abroad as cross-country vehicles of mainly military content.

However, not so long ago in Miass began to produce road versions, which differ in the absence of all-wheel drive system and configuration of the power unit under the cab. Just the dump truck Ural 63685 represents this series. Below you can learn the features of the structure and see examples of photos. The whole model range is Ural.

The appearance of the “city” truck Ural dump truck is divided with the one that is immediately presented in our minds. Painfully all-wheel drive version of the bonneted truck with brutal appearance and Spartan-looking cabin has entered our minds. Therefore, trying to keep up with modern trends, the trucks of the road family, which includes, just like the Ural dump truck 63685, began to install the cabin over the engine.

This cabin moved from Iveco when the Ural Automobile Plant worked together with Iveco. It would not be superfluous to notice that the trucks of the Ural production with bonneted design were recently subjected to a major improvement, having received a restyled hood made of plastic and a standard cabin for the Urals. However, we will not go far from the described machine. 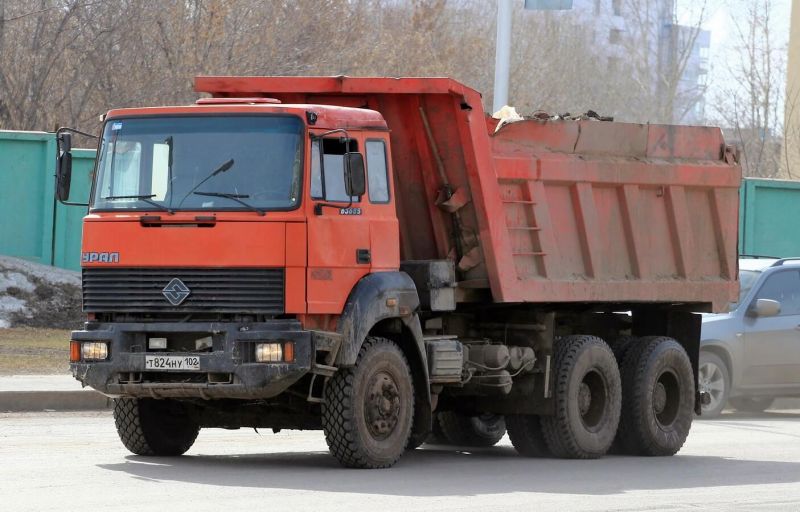 The “new” cabin of the European content appeared for the Ural Mountains very timely, despite the age of the trucks, as the previous version of the cabin was simply outdated. Initially you notice the massive grille of the front bumper and a large front bumper with headlights, which are now protected by a grille from stones. The huge windshield has excellent visibility for the driver. It is interesting that the Ural dump truck 63685 can be equipped with a sun visor and side fairings as a paid option, which can protect against dirt from the car glass, as well as door handles.

This is not an abundance of “gifts”, but rather pleasant small details, which were very few on the previous outdated cabin. However, this is not the end. As a separate option, you can still install the cabin with an improved front mask. But the demand for such a cabin is not so much, in principle, as well as the company’s ability to produce them. 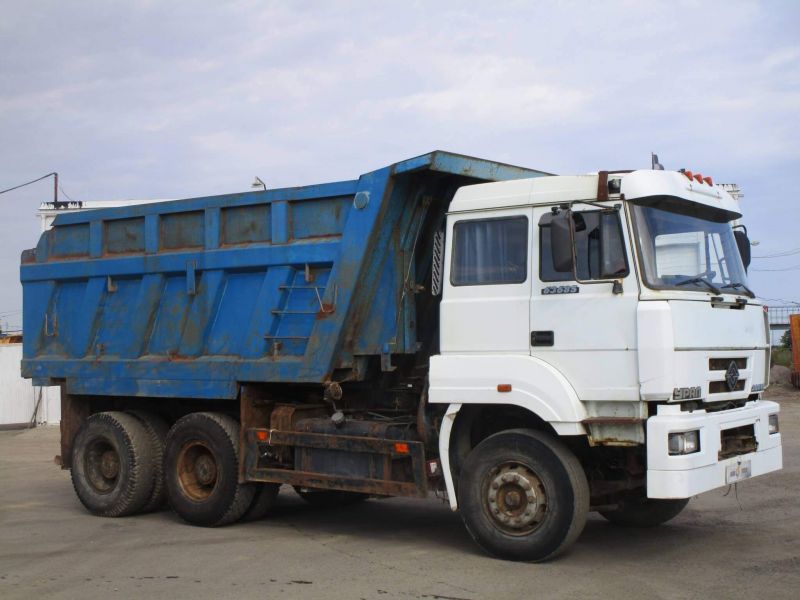 When you look at the appearance of the dump truck, you always ask yourself: does not the car have a four-wheel drive system? Such thoughts can be stimulated by the high ground clearance, high position of the cabin itself and huge plastic overlays over the arches of the wheels. Despite the fact that the Ural-63685 has no all-wheel drive system, it has off-road potential. The car has received three differential locks, where a pair of interwheeled and one inter-axle. It is worth mentioning that a couple of leading axles are produced by Chinese company FAW. Even here, you realize that Chinese companies are trying to quickly penetrate the market of components.

The truck is equipped with side protection, which protects the fuel tank, batteries and brake system cylinders. The rear overhang has an underride bar, which is attached to the frame by hinges. To get into the cab, the steps are of hanging type. It is not so easy to climb into the highly installed cabin for the first time, but it is necessary to give credit to the rather convenient entrance. The company’s lineup has a one and a half cabin and a variation, where there is a full-size sleeping place behind the driver’s seat.

The salon is quite utilitarian, however, it has not been deprived of its merits. The cabin is quite spacious and has a large glazing area. The interior of the Urals is such that it will not be possible to find an unclosed “iron”, all closed, and the ceiling is covered with fabric material. Huge mirrors of rear visibility received an electric drive and heating system, which is very useful, given that these cars are often used where the temperature drops very low, which increases comfort. In order to work in winter time was more comfortable, and to ensure a confident start of the engine, the standard equipment of the dump truck has a system of autonomous heater.

The driver’s seat has an air suspension of the Pilot company. Moreover, there is a mechanical adjustment of the steering column inclination. There is so much free space that it could be used to place auxiliary glove boxes and boxes for things. However, sad as it is, there is only one box, which still looks more decorative than it is actually practical. 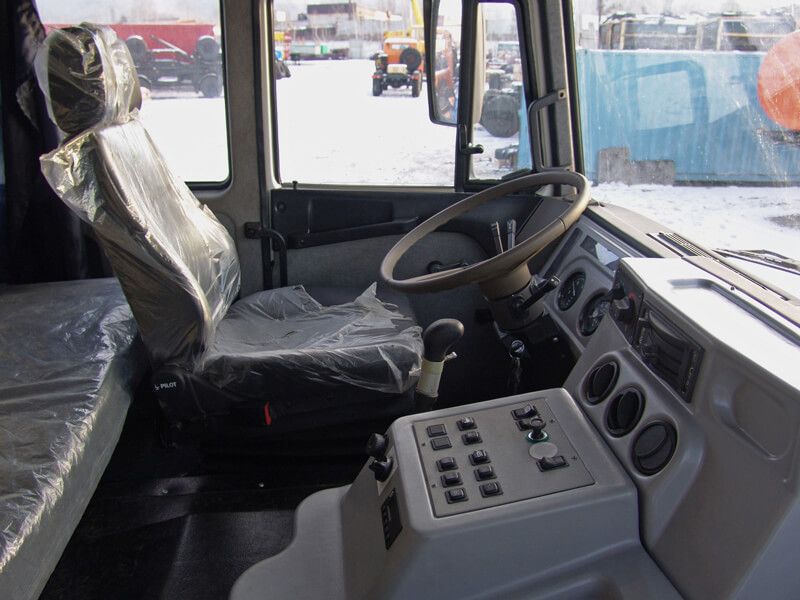 There’s a problem with ergonomics. The layout of the dashboard is not very good, if you can call it that. Despite the easy reading of analogue dials, they are placed in a chaotic order, which is a little confusing. Similar drawbacks can be observed with the switches of the onboard systems of the car, which were placed at a high place between the seats. It seems that a more comfortable place for them would be on the front panel, and here they could install, for example, a box for things. In general, the cockpit looks Spartan.

Although, when you look at it from the outside, you get the feeling that there are different changes inside too. The cabin has a good enough stove, which in a short time can raise the temperature in the cabin to 18 degrees. All seats inside can be adjusted in height. Except for mirrors of rear visibility, there are also border mirrors that will allow to make the works more accurately without possible problems.

The engine of the Yaroslavl Motor Plant YaMZ-7601 was delivered to the Ural-63685 road-type truck. It is represented by a 11.15-liter V-shaped 6-cylinder 4-stroke engine operating on diesel fuel. It has a turbine with an intercooler and meets all Euro-3 environmental standards. As a result, it produces 300 horsepower. The engine is equipped with a preheater. To carry out daily maintenance of the machine (check the level of oil, coolant), there is no need to lift the cabin.

The oil dipstick and necklaces are under the front of the machine. This engine is synchronized with the manual 9-speed gearbox with synchronizers YaMZ-239. It is possible to start driving on an empty dump truck from the third speed of the reduced gearbox row. The power unit will be quite strong enough for this. Also, the staff of “Automash Holding” made it clear that the engine is quite dynamic. It can be used to achieve a speed of 100 km/h without any difficulty, being equipped. The noise coming from the motor is hardly audible. 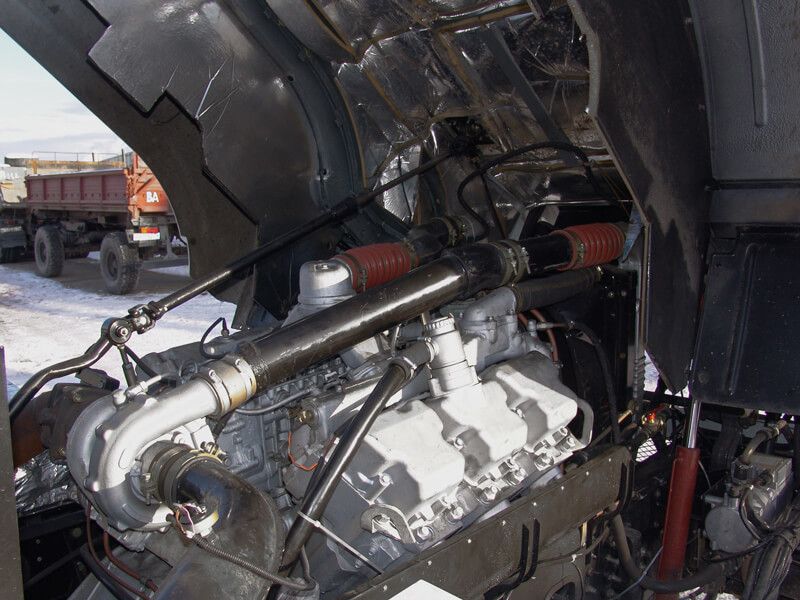 It seems to be an all-metal type here. I am glad to see the high strength of the sides, which can hold a lot of pressure. The rear part can be tilted back, and it can be opened manually or automatically. There are also specialized closing devices on each side of the platform, which can be opened manually or remotely from the cab. There are such complete sets, where the cargo can be unloaded not only with the help of the tailgate, but also with the help of side walls, which is very convenient when using a dump truck on the construction site.

For the platform to tip over, a hydraulic telescopic cylinder is installed. It was manufactured using high-strength alloy steel, which has a high density. It is very important that you can control the lifting mechanism on the dump truck without leaving the cab. This is very suitable when bad weather, rain or cold – the driver does not have to leave the warm cabin.

The body of the car has a heated exhaust gas, which does not allow freezing and freezing to metal loose loads. Also there is no need to manually clean the body from frozen transported cargoes.

The front suspension on the Ural 63685 has a pair of longitudinal semi-elliptic springs that function together with specialized telescopic shock absorbers. They work simultaneously from both sides. Despite the fact that the car was not intended to overcome the lack of roads, when driving on a difficult road, the driver, along with passengers, will not feel serious discomfort. The rear suspension received a similar device.

There is also a presence of semi-elliptic springs, but they were reinforced with springs at the back. They are needed there, because the rear part is the most heavily loaded. The rear suspension design has hydraulic telescopic shock absorbers, which also function in both directions. The materials used are high-strength metal, which requires little maintenance. Therefore, shock absorbers can be checked once in several tens of thousands of kilometers, checking them for oil leakage.

Ural-63685 has two brake systems – parking and working. The circuits of the hydraulic system are well insulated, and the vehicle is considered to be very safe to operate. 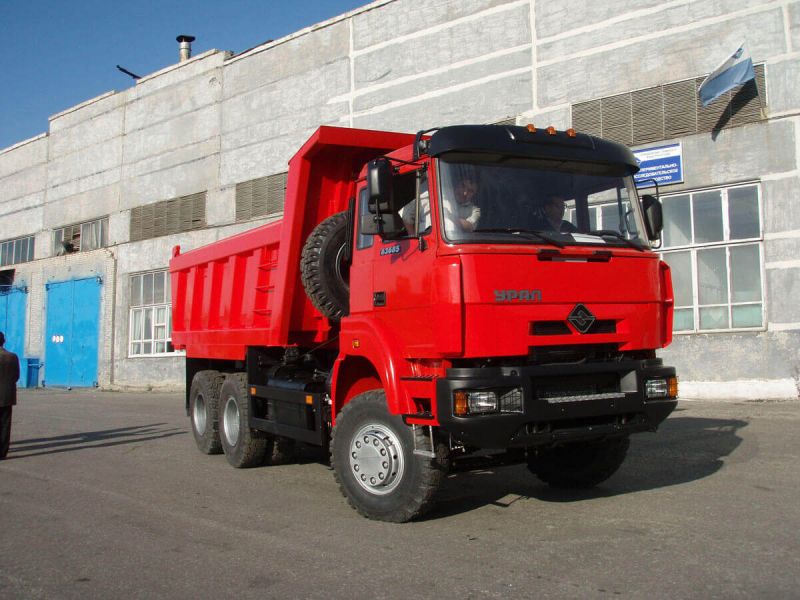 At the end of the article, summing up the results of the truck type Ural dump truck 63685, it is noticeable that the company is striving to make their machines better so that they can compete with other brands of trucks. I am very pleased that finally the bonneted pre-Flood cabins have gone into oblivion, and now there are cabover variants, like European trucks. Although, inside the cabin the quality of materials used, along with ergonomics, still suffers a lot. A lot of free space is realized uselessly.

But the trumps of this dump truck is that it has a large mass of loading, good reliability and sufficient power. Also the machine has a small size, which is perfect for use in urban areas. It is already evident that the company has the right course to improve production, so we should expect in the future more advanced versions with improved cabin comfort. 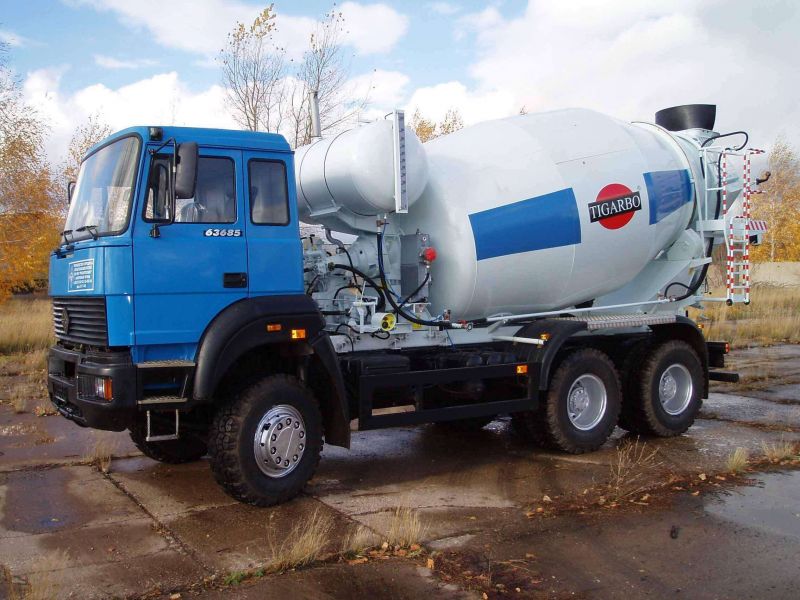 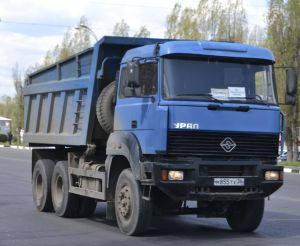 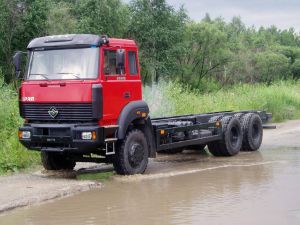 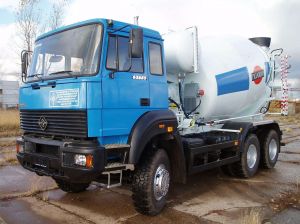 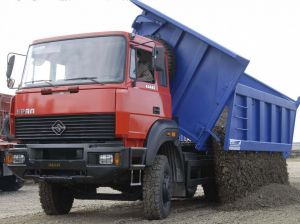 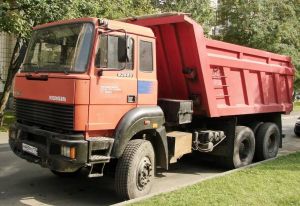 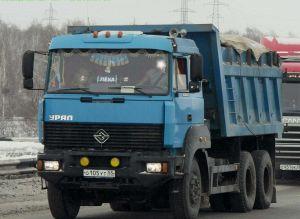 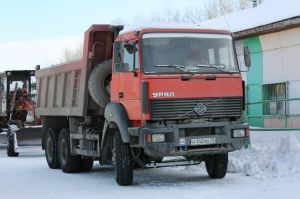 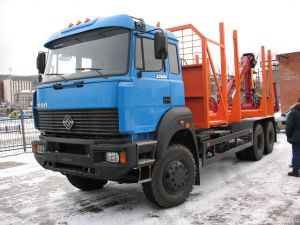 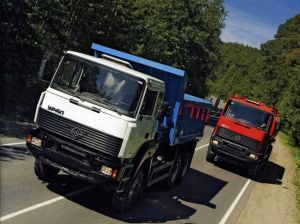