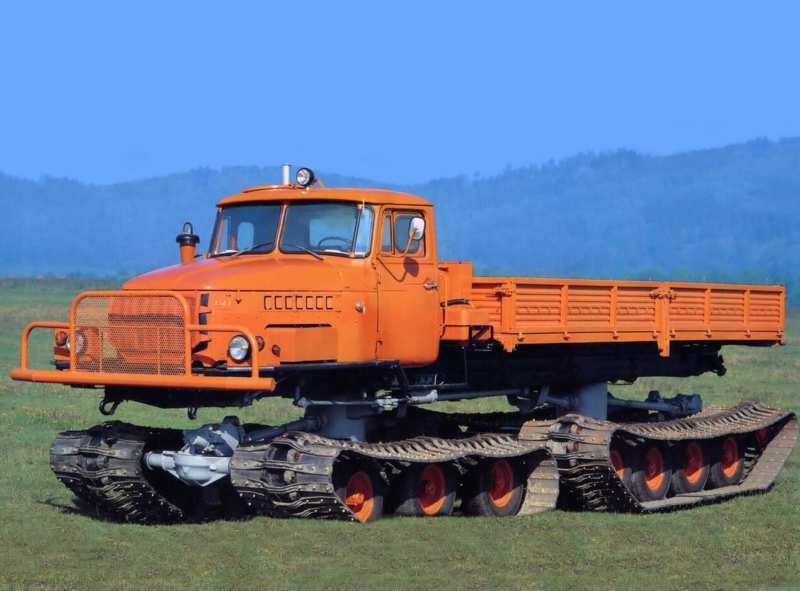 In order to develop the hard-to-reach oil fields of the Union of Soviet Socialist Republics, trucks with uncompromising cross-country ability were needed. As a separate option, it was possible to purchase such trucks from abroad, but the authorities insisted on creating their own “king of no roads”. The whole model range is Ural.

History of the snowmobile

At the end of the 60s, numerous foreign companies sold tracked vehicles to deliver goods in the conditions of complete absence of the road. It is clear that the easiest way to solve this problem was to buy the necessary number of tracked trucks, but all the cars from abroad were not very cheap, which the state could not afford in the post-war period.

And this is despite the fact that the dollar exchange rate at that time was quite different, the Gosplan was able to calculate the funds. Taking into account all these moments and details, they decided to develop their own cross-country vehicle, which would be able to transport cargoes regardless of the lack of roads. 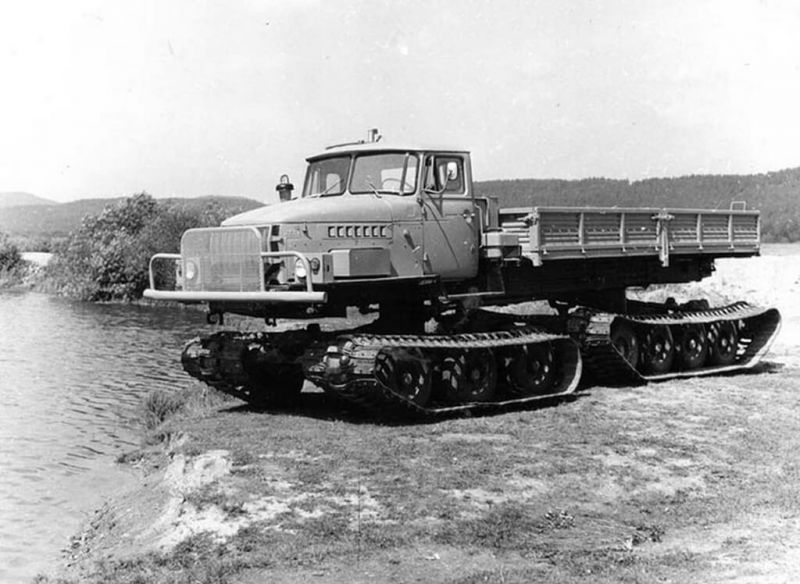 To solve this problem, the laboratory of snow and swamp transport vehicles at NAMI was involved. Also, in order to speed up the development, several foreign all-terrain vehicles, such as the famous Foremost Husky from Canada, were involved for testing purposes and more detailed research. The practice of using them in western Siberia has shown that the carload scenario, in other words, when the frame of the car is held on a pair of steerable crawler bogies, is the most acceptable option for off-road travel. The only drawback was that the machines had a complex technical component and required experienced operation and highly skilled maintenance. 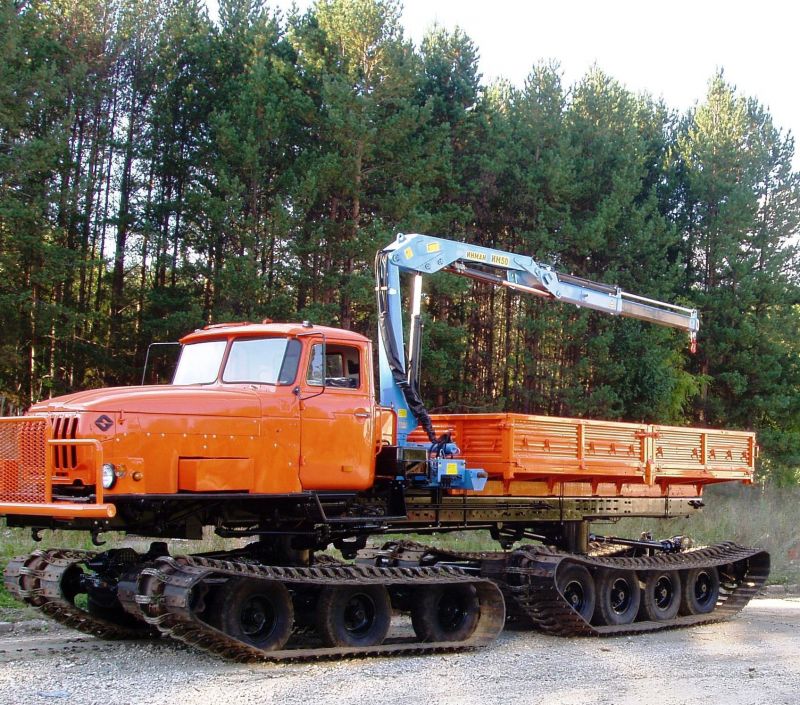 The design team was faced with the task to produce a simple, but not losing to foreign variants on the technical component of the cross-country vehicle on the caterpillar. Moreover, most of the units and parts had to be synchronized with the equipment already in use. Initially, this allowed for the use of existing units together with the aggregates, and then it took much less time to prepare the drivers for the snowmobile, because a large number of units and aggregates they already knew.

As a result, the debut model of the NAMI-0157BK snowmobile was released in 1972. The cabin was borrowed from the famous machine Ural-375. It also became a donor of the transfer case, cooling system and other things. The ZIL-375 engine and its driving axles were installed as a power unit. A winch with a pulling force of 7,000 kg, a hood and frame elements also found their place – all this came from the Ural-375. The track rollers had a double row arrangement, and the rollers were made of rubber. Very soon a couple of other transporters were built, which were named NAMI-0157M. 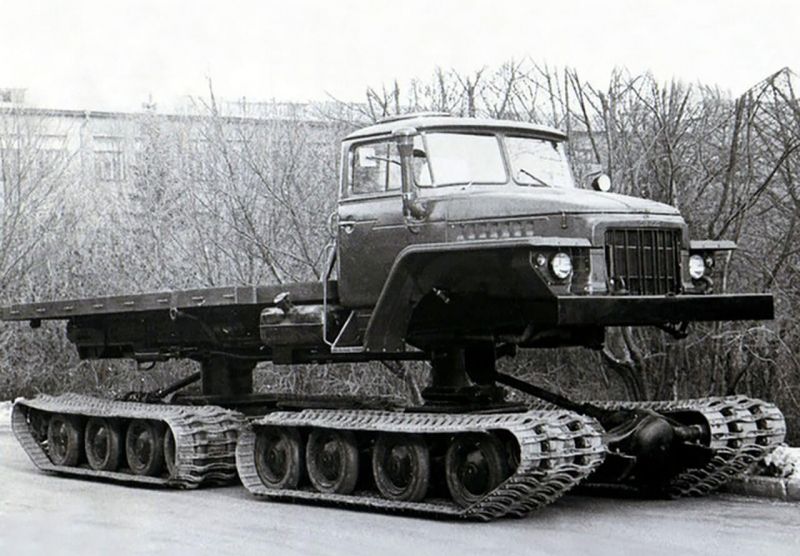 The letter at the end of the name (M) implied that it was a modernized model, as the tests of the debut version (NAMI-0157BK) revealed some disadvantages, which were later eliminated. For example, instead of double-row rollers, single-row, but with a large diameter were installed. It was almost impossible to clog them with dirt, which is impossible to say about double-row (which is why even the caterpillars themselves descended), and they also needed much less time for maintenance.

Tests conducted by NAMI-0157M showed that the truck was not inferior to imported competitors and won in terms of tonnage and running characteristics. The model was able to easily take over about 8 tons of loading and move without effort where there is no road. The swampy terrain, where NAMI-0157M could move quickly enough, was no exception.

On the roadway with primer the maximum speed of the tracked truck reached about 30 km/h. The ford was not an insurmountable obstacle for it, the depth of which could reach two meters. The 30-degree gradient did not make the task any more difficult. It took much less time to reclassify the driver. 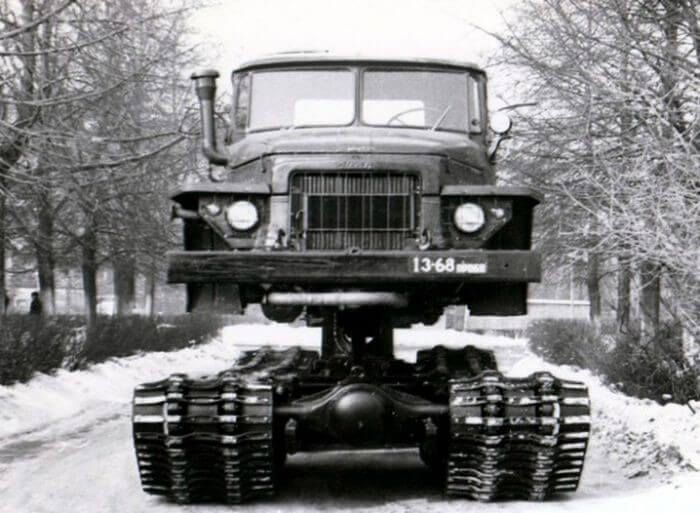 Production under the name

When they passed interdepartmental tests in 1974, they decided to put the snowmobile into industrial production. The Minister of Automobile Industry of the Union of Soviet Socialist Republics issued Order No. 23 of 5 February 1974 with the aim of setting up production and bringing it to the end result. The Pioneer in this field was the Miassk Automobile Plant. The Ural 5920 swamp rover of the Ural Automobile Plant received an increased ground clearance, an improved tracked driver and a frame. A KAMAZ-740 diesel engine, which produced 210 horsepower, was also installed as a powerplant.

If we take into account the state plan of the USSR, then from 1976 to 1980 the Ural Automobile Plant undertook to produce about 8 thousand tracked trucks. But the debut prototype batches of cars began to be produced only in 1983. All this was due to the decline in the economy of the Union of Soviet Socialist Republics. Many companies in those years tried to survive as they could, and it was not even a question of introducing something new and quite complicated. 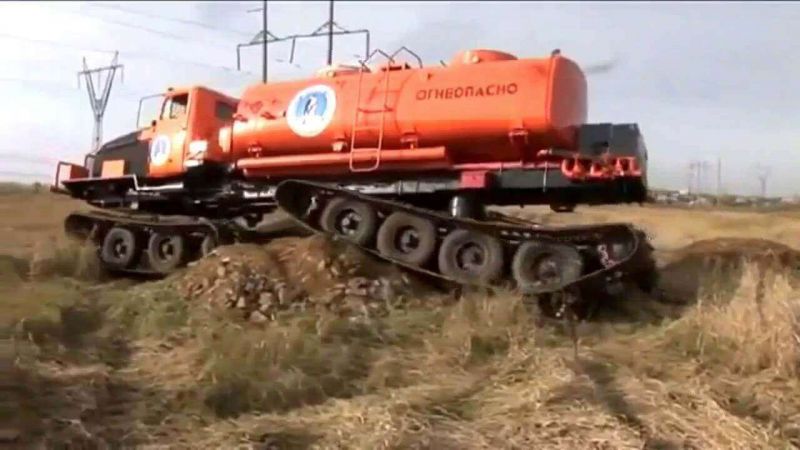 They produced only what the actual demand was for, and it was in the products Ural-4320, as well as in the agricultural sector Ural-5557. Therefore, the company was fully loaded with these vehicles. And now, already in 1985 the Ural 5920 started in small but serial production. The annual norm for snowmobiles did not exceed 150 units, as they had not yet settled down, so the demand was minimal. If we remember that in 1970 the goal was to produce about 8 thousand cars, now it was impossible.

In reality, such a number of caterpillar vehicles was not required even for gas and oil producing industries. Therefore, the machine was assembled not on the conveyor, but using the staging method, which indicated high overhead costs. The Miass Automobile Plant was selling transporters almost in the minus. As a result, the production of cars became too heavy, and in 1989 it was the last year for the production of the Ural-5920.

It seems that everybody could have forgotten about the tracked all-terrain vehicle, however, 2003 was a pleasant year for many motorists, as the Ural-5920 began to be produced again, but not in Miass, but at the Ekaterinburg Plant of Specialized Vehicles. Today the plant is engaged in production of bonneted and cabover conveyors, which are used in various modifications. There are flatbed platforms and rescue vehicles.

Very nice that the Ural 5920 continues to be produced to this day in series, despite its quite decent age. It can also be ordered to order, which gives you the opportunity to make it to suit your own interests without losing a high level of quality. 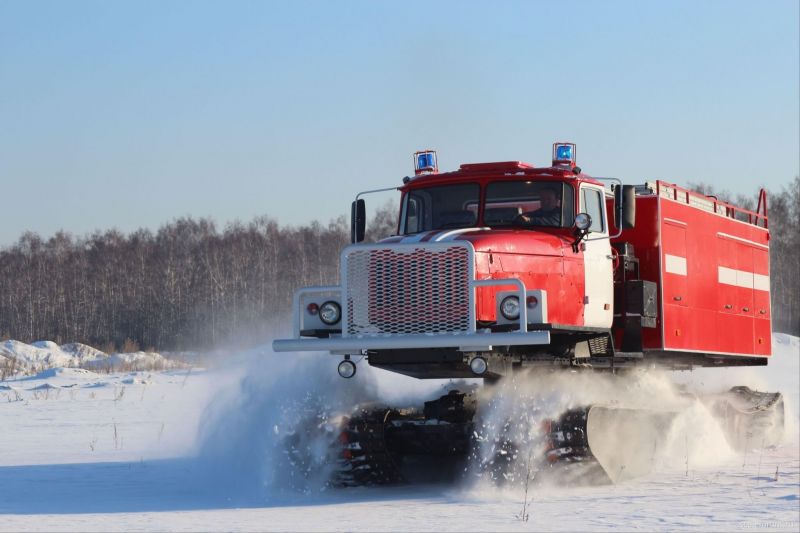 Thanks to the recovery of the economic situation, there is a new interest in this car, again, from oil and logging companies. As a result, the car was able to be equipped with a Yaroslavl engine powered by YaMZ-238M2 diesel fuel, which already produced 240 horses. Moreover, the Ural-5920 received a modern hydraulic rotary system, as well as rubber-metal caterpillars with extended service life.

The tonnage was increased up to 10 tons without increasing the pressure on the road section, which is equal to 0.22 kgf/cm with the full weight of the car 24.5 tons. There are many different modifications. Among them are basic models with flatbed, fire trucks to reach hard-to-reach areas, and, even, there is a crane-manipulator.

Crawler truck is able to work at temperatures ranging from +40 to -60 degrees Celsius. Its tonnage is 8,000 kg, and its full weight is 22500 kg. The maximum speed is 30 km/h. Fuel consumption is 100 litres per 100 kilometres. The maximum climbing speed is 58 per cent. To increase the cross-country ability on the driving axles, the presence of worm-screw differentials of increased friction was installed. The distribution was carried out with a symmetrical differential.

Thanks to the torsional suspension, a good smoothness of ride was provided. Support rollers were car type and filled with sponge mass instead of oxygen, which gave them an advantage, as they were not afraid of punctures. Reinforced metal torsoes can be found on the caterpillar canvas, which have sufficient strength and small exhaust.

It is very pleasant that till today the truck of cargo type on caterpillars – Ural-5920 – continues to be produced. The car with such a history is simply inspiring. It is clear that its use is conditioned only by work on forest plantations, gas and oil developments. It is hardly possible to meet it on simple roads. It continues to be bought for some reasons: it has an excellent cross-country ability, will pass where not all four-wheel drive cars will pass, high ground clearance, you can install various modifications and complement it at your discretion.

But a caterpillar snowmobile eats a lot of sunflowers. If earlier, during the Soviet Union, there were absolutely no difficulties with it, as it was almost not considered, then today it is a significant disadvantage. It is also pleasant to realize that the car in many respects even surpassed its competitors from abroad. Recent improvements were only for the benefit of this car. That’s who is not really afraid of “Russian roads”. 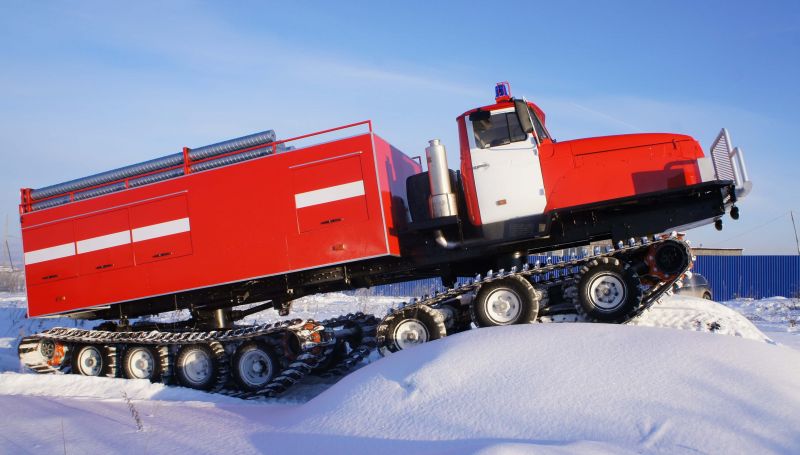 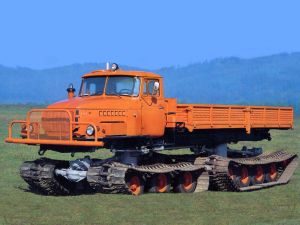 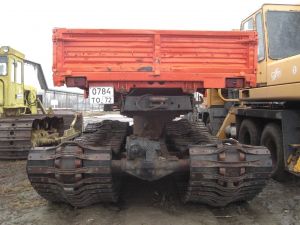 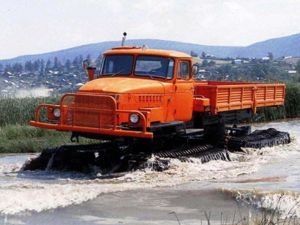 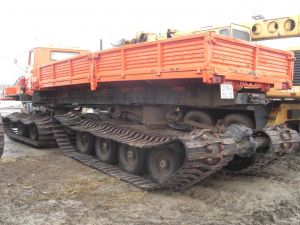 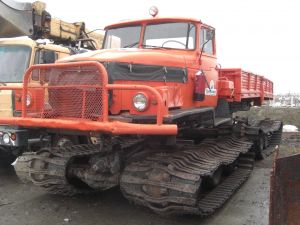 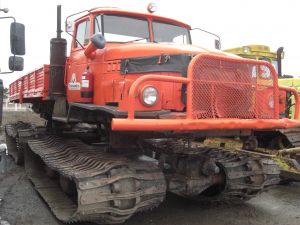 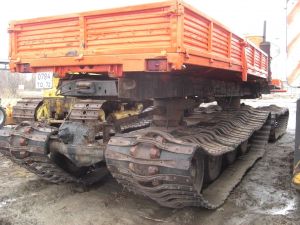 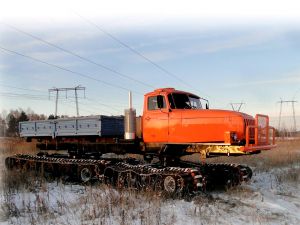 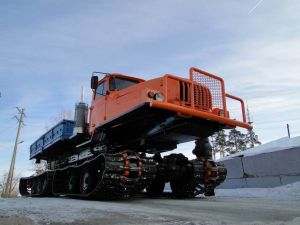