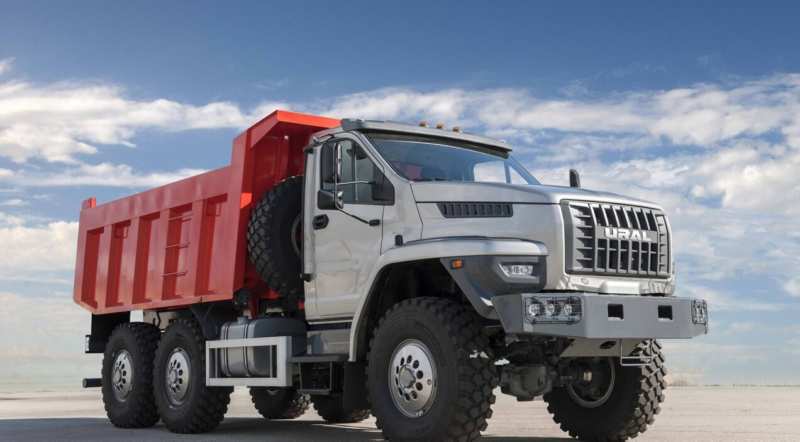 Everything about Ural Next – from the plastic hood to the bolt and screw. There were people who cried out that plastic in front of the newest Urals is a fragile construction. However, it has passed the strength test, and the result may surprise it. The whole model range is Ural.

The news about the reproaches about new trucks spread very quickly in 2015 – it was the news about cars from the city exhibition STT-2015. In general, the appearance of this truck can be called a real breakthrough, because they suddenly appeared – bonneted trucks from Miass. Completely improved chassis of the standard 4320 chassis were supplied with the newest engine YaMZ and ZF gearbox of its assembly, installed a Gazelle-Next cab, to which the above mentioned power compartment made of durable material was attached. As a result, everything was very beautiful and modern. 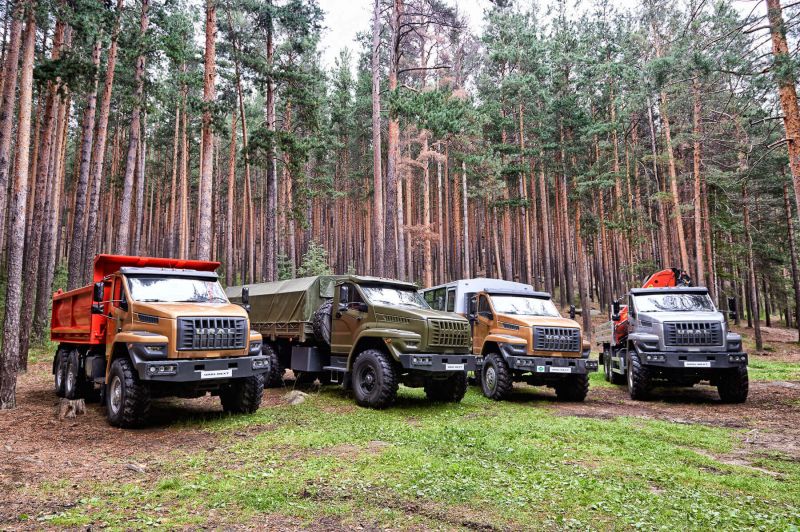 The existence of all-wheel drive Miass trucks is not easy. When they were designed, the designers wanted the truck to break through, sneak into places where other trucks simply couldn’t get through. That’s why no one is surprised today that the previous models (Ural-375 and Ural-4320) till today win the championship in cross-country ability, faithfully serve the armies of about 50 countries of the world and win prizes in tractor-trial competitions all over the world.

Most of the cars will be used for the needs of the national economy, oil and gas companies, geological exploration and power lines. In short, they will go where there are no roads, and it is still necessary to get there, and it is not easy to get there, but to transport cargo and people. And here the good news is that the payload of the new car has been increased, and now it is 13,000 kg.

Let’s talk about the appearance of the Ural Next car. At once it is possible to tell that it was created very elegant and reliable. Crash-test hood withstood the hurrah, after a log hit on the hood, there was not even a trace. The dents are also not found. Therefore, despite the negative statements of enemies that the hood is plastic, the plastic is stronger and, moreover, is not afraid of corrosion.

But the front bumper is steel. The answer to the question why two-storey optics are needed is simple – to illuminate the road better. In the metal beam there are dipped beam and high beam sections and fog lights. Bulbs located on the front wings are used only for daylight and direction indicators.

Absolutely all optical headlamps are airtight, and the bottom round headlamps are protected by a metal grille. It is almost impossible to break the headlamps located above, because they are well recessed. The car has an abundance of right and sharp corners, which indicates its desire to conquer the unattainable.

And these are not the only introductions, there are many of them. The frame has been strengthened, and also worked well on anti-corrosion treatment. However, the areas of attaching the hinged body structure and superstructures have not been changed, so the bodywork workers will not need to revise the technological maps. 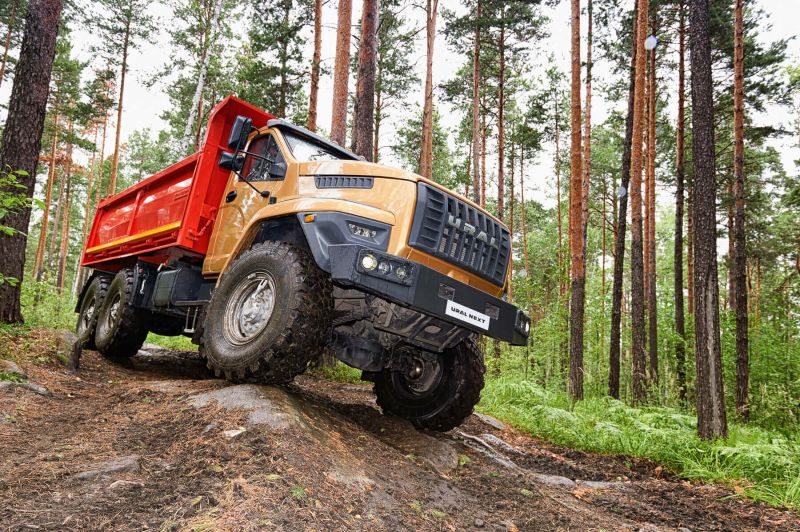 A fuel support tank for 210 litres was added, resulting in a total of 510 litres of fuel. The door handles were placed above the top of the head and half of the cab was at chest level, so the driver’s seat had to be climbed in three steps, the lowest of which hangs on a flexible metal cable. Such a variant turned out to be quite advantageous from the side of survival, because abroad manufacturers often install rigid folding steps made of metal or a step on a rubber loop.

The first one breaks down very easily on a difficult road section, and the variant with rubber simply cannot withstand our low temperature in winter. It is almost impossible to break the front lighting lamps because they have been sunk, and the lamps placed in the front bumper are protected by a grating, which will not even allow the stones to damage them.

When you get inside the Ural Next, you realize that the interior is very similar to GAS of the Next family. But, nevertheless, there is a difference – a block of buttons on the front panel, which is responsible for setting up the transmission. It is in this Urals, the debut solution has found its application, the front axle together with the downshifting gear can be activated with the key, and not as before – with the lever.

The greatest impression was left by the steering wheel from GAZelle, which seems to be quite small and installed almost vertically. Very non-standard solution, because from a large truck you can expect a steering wheel in a horizontal design, the diameter of which will be more than 20 cm. 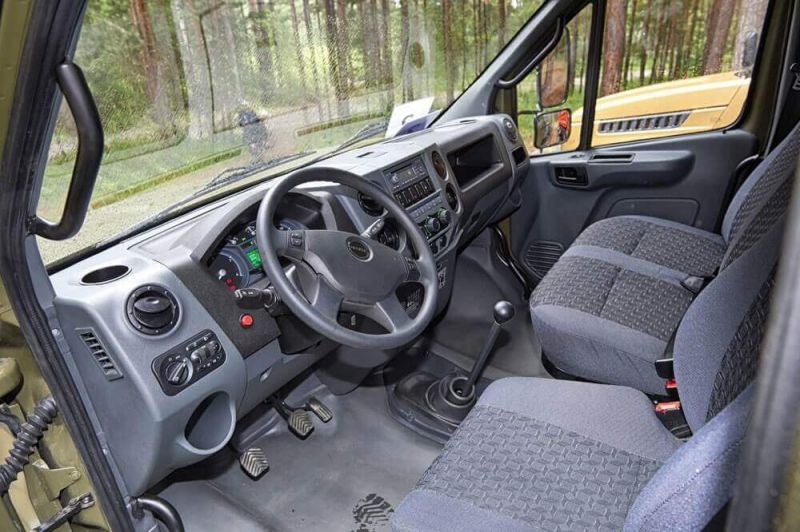 It is also nice that there are power windows as standard, radio buttons on the steering wheel and air conditioning. The instrument panel is also standardized. It is a bit unusual to observe the sensor of power unit speed, which is marked up to 4,000 revolutions per minute and maximum speed of 160 km/h. In reality, the motor can be spun no more than 2 300 rpm, and the maximum speed is limited to 85 km/h. The driver’s seat is not the same as the GAZ car. It has an air suspension, which is actually very necessary on a rigid road. In general, the ergonomic component is at a good level. 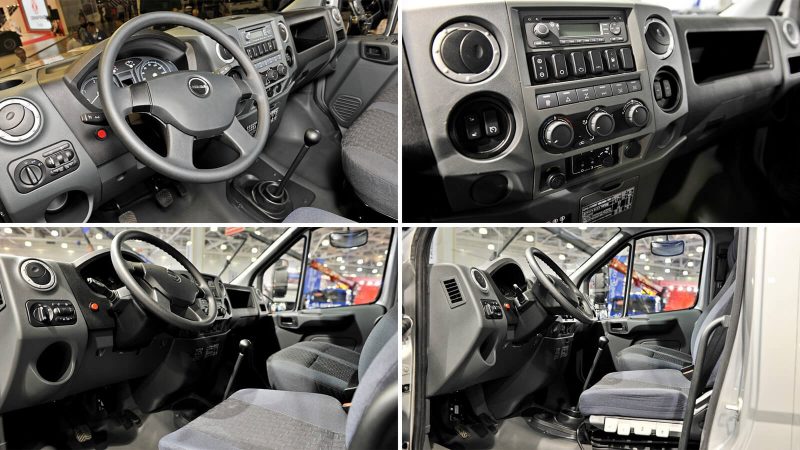 Fears that an overly inclined front glass will have a bad effect on visibility have not been confirmed. The visibility is high enough, taking into account even its Western competitors, where the dump truck Ural Next is a clear leader.

The engine used was a 6.65-liter turbocharged in-line diesel six YaMZ-536. It allows to produce about 312 horsepower. There is a modification of methane-diesel, a very interesting variation, which allows you to reduce up to 40% of fuel costs. It is worth admitting that in this variation the power will drop to 240 horses, and the torque – to 900 Nm.

However, such a power unit has its own advantages, for example, in the event that the gas runs out and the gas filling is not close, the car will be able to go further on a single solar plant. The power unit is able to operate both on gas and diesel fuel. If you run out of gas, you can switch to diesel and continue your journey to the nearest gas station. 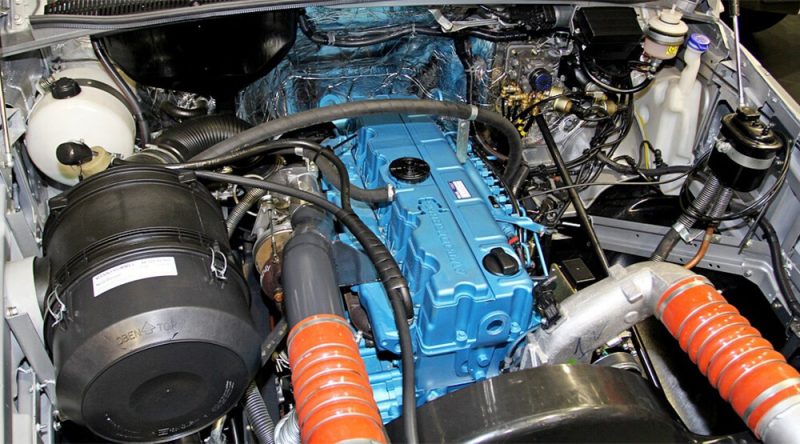 A truck really has nothing to fear at all. After all, it is equipped with a 6×6 transmission, which reduces the gear, there are interaxle and interwheel locks. Now such adjustments are coordinated by pneumatic drives, which allows to avoid annoying levers in the middle of the cab. The driver feels confident driving this monster. Instead of hard blows there is a smooth and soft landing. The suspension easily copes with large pits, and small potholes soften the driver’s seat, made with the use of air suspension.

Moreover, the Ural Mountains are amazingly dynamic. In the body there is about five tons of soil, and Next does not feel the load at all, accelerating unusually fast. The driver can only manage to shift nine speeds of the gearbox. Everything you pay attention to: dynamism, braking system, controllability – everything is like in a car.

What was obviously superfluous on the new Next was the Yaroslavl five-speed gearbox, which can be ordered in return for ZF. It has big lever strokes, non-optimal gear ratios, and the transmission itself makes ridiculous noise. Of course, YaMZ is completely working on the transformation of this part of the transmission.

The hydropneumatic braking system was replaced by the only pneumatic manufacturer Wabco. Steering wheel control now has the name RBL. Axles, transfer case and cardan shafts were upgraded. It was possible to increase the transmitted torque and the service life of the parts by 40 percent and 50 percent respectively. The standard equipment is now equipped with a wheel interlock.

The novelty will be able to overcome the ford with hard soil, the depth of which is about 700 mm, and thanks to special training, it is possible to increase this value to 1 200 mm. The entrance angle is 38 degrees, the exit angle is 26. In addition, it is possible to change the pressure in the wheels while driving.

The cost of the Urals next 6×6-chassis will start from 2,515,000 rubles. Already a truck with a flatbed base can be bought from 2,599,000 rubles. The list of standard and additional equipment is the same as for the vehicle with a wheelbase of 4×4. At the moment, only four modifications of the Ural Next have been shown. Among them there is a dump truck, shift bus, refueling truck, multi-purpose truck with crane-manipulator and flatbed. 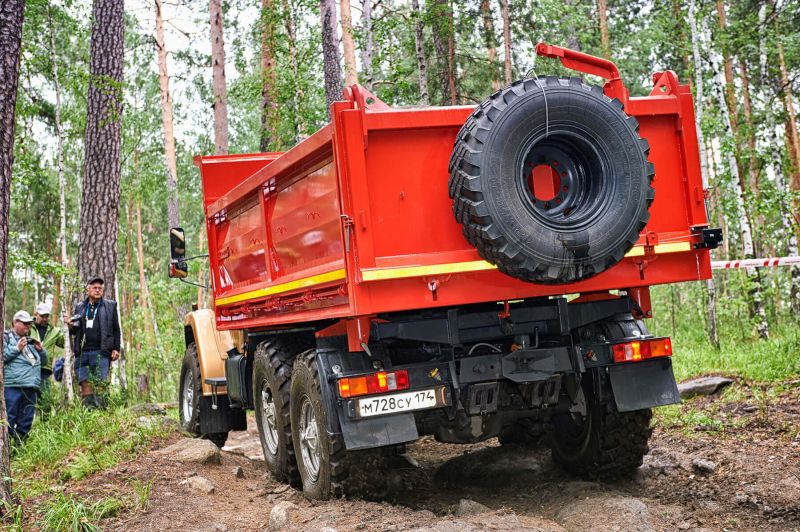 Despite all such “errors”, which can be easily closed eyes, the novelty of the year will take the major part of the market share of trucks, which today is confidently held by all-wheel drive KAMAZ trucks. It is planned that some of the carriers who used to choose Scania, Volvo, Renault and others will be able to move to Next. For example, the price for the same Renault and Next differs almost three times in favor of the Urals. All the more so, that after the 6×6 version it is planned to produce a lightweight 4×4 model and a seven-seater car. In addition, everyone in the Urals is working on the design of SUVs with a 6×4 wheelbase.

Will the new trucks of the Urals be able to stay on construction sites seriously and not for a short period of time? The answer to this question will be shown only by time. And the company has nothing left to do but work hard. The new design and the new execution of the machine shows that the company does not want to sit on the spot, but is constantly developing, trying to make a meaningful competition in the market of trucks. Below, in the video you can look at the feature of Ural-Next. 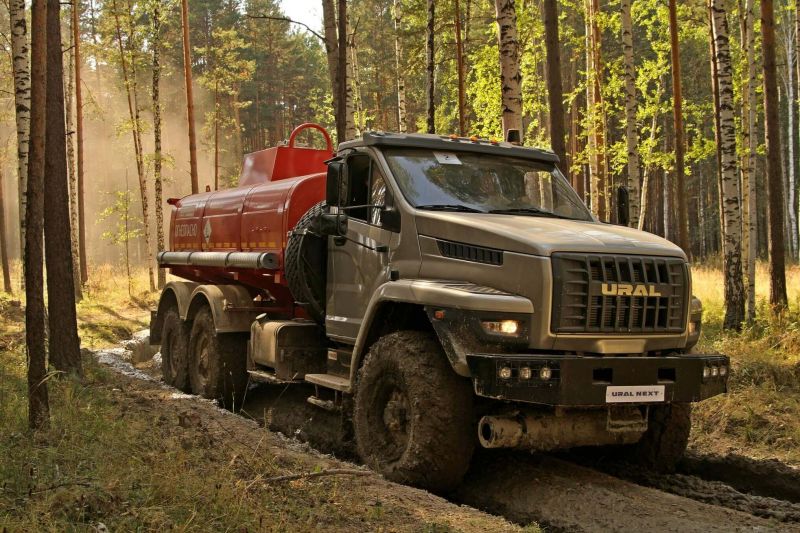 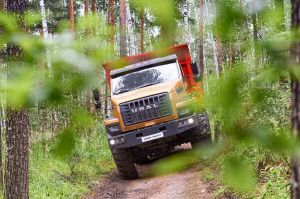 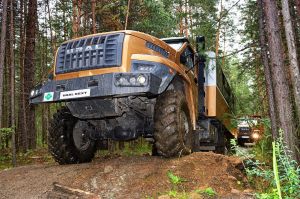 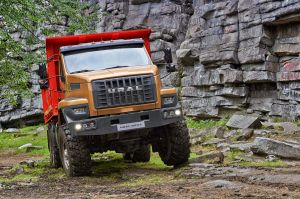 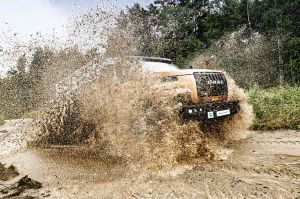 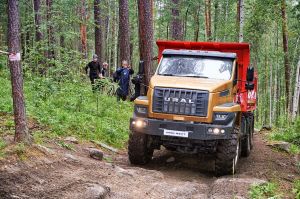 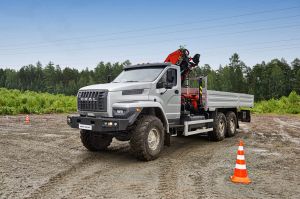 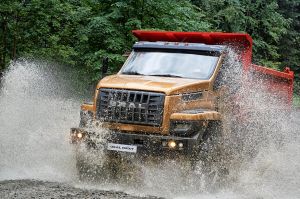 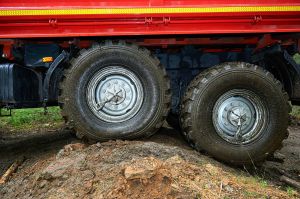 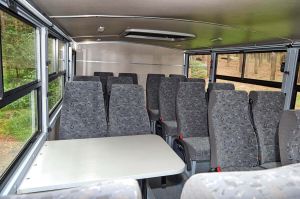