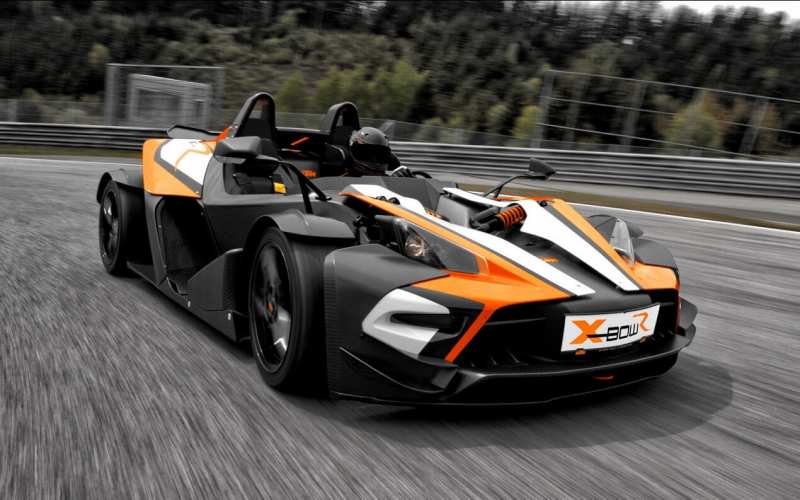 Motorcycle companies can also produce cars, and KTM is a clear confirmation of this. In 2008, the Austrian manufacturer swung on a sports roadster. Subsequently, it not only grew in number of owners and fans, but also managed to take part in the famous “Race of Champions”.

Of course, the car did not cause a sensation, but it earned authority, after which the sales of KTM X-Bow only grew. Many racing legends, including M. Schumacher, appreciated the Austrian sports car at its true value. Undoubted advantages of the car is relatively small price and original appearance. Just about this we will tell you now. The whole model range is KTM.

First of all, the KTM X-Bow’s mass and dimensional characteristics. The weight of the car does not exceed 870 kg, the length of the front and rear tracks is 162.2 and 164.4 centimeters, respectively. The length of the car from the Austrian manufacturer stretches for 367 centimeters, the height is 116 cm. At a relatively modest height, the sports car is very wide – 187 cm.

The appearance of the KTM X-Bow resembles a transformer, which just stood on its iron legs, and then collapsed on the road in the form of a racing car. The main colors are black and orange. The tires here are full-size, equal to 17 and 18 inches, respectively. On a background of other analogues, especially Ariel Atom, “Austrian” looks rather modern and precisely unlike garage homemade. 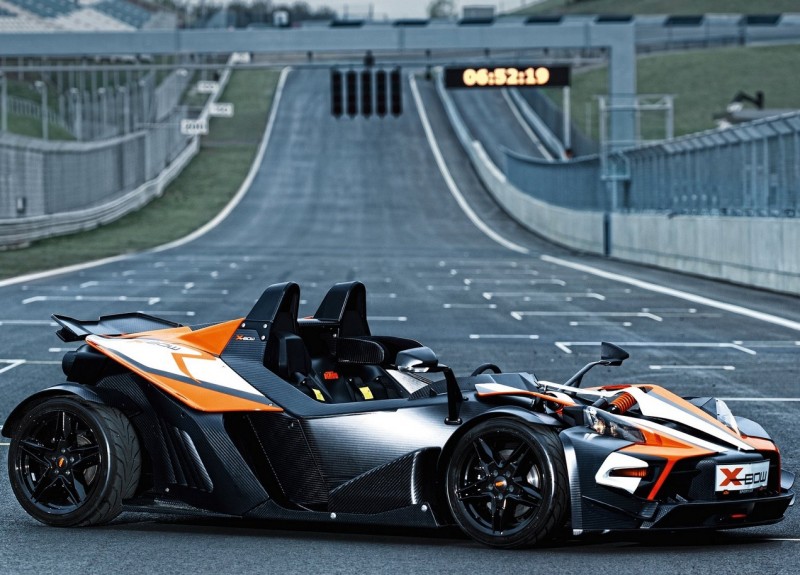 The car’s bright colouring did not touch the interior. Here, the aged grey colors prevail. By tradition, we see a small, but hypermobile steering wheel with a mass of buttons, a convenient gear lever, an on-board computer, improved seat belts. The salon is designed for two people – probably, so that alone it was not so terrible to fly at high speeds. 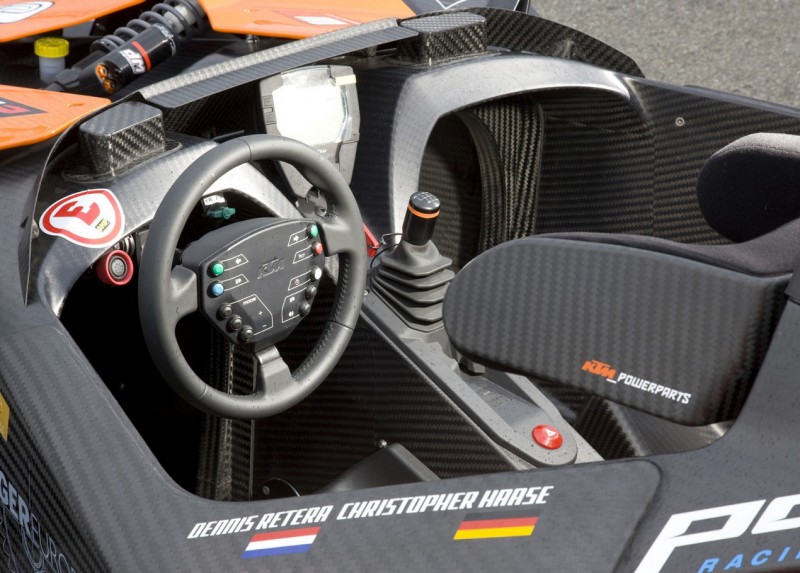 Audi turbo motor… Audi turbo motor… That’s a phrase I want to repeat over and over again. At least because this fact already suggests that KTM X-Bow should not travel, but fly on the European roads. So it is – the sharp character of a sports car has poured out in 240 horsepowers and 310 Nm, and also acceleration up to a hundred square meters only for 3,9 seconds.

As for the maximum speed, everything here is also at the level – you can count on 230 km/hour. The only thing that the car lacked in comparison with its competitors was its energy-to-weight ratio. No matter how hard KTM X-Bow tried to conquer the track, but the rivals were faster. 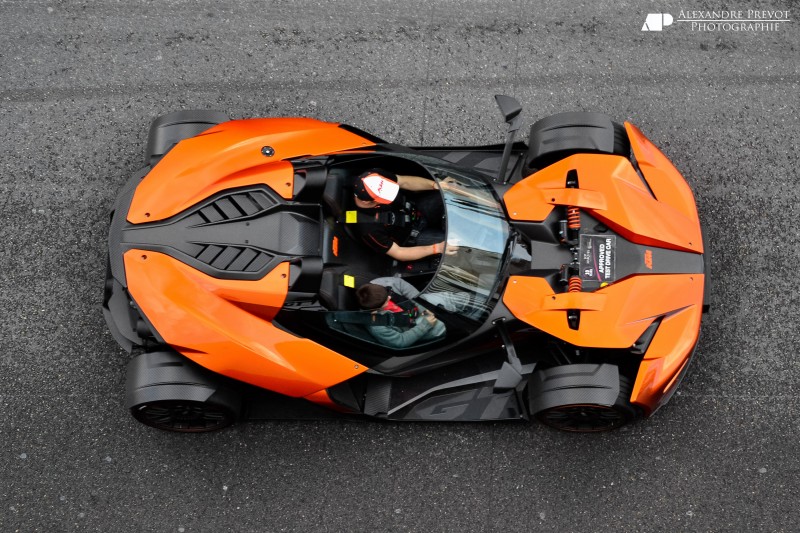 By the way, due to the problems with the same power plant, the management of KTM decided to release three more modifications of KTM X-Bow – R in Street or Race, RR and X-Bow GT versions. Sales of the R version started in Europe in 2011. The power unit was upgraded so much that the engine could produce 300 horses at 400 Nm.

The centre of gravity was reduced by 1.5 cm, which had a positive effect on handling. If the basic version cost 40,000 euros, the KTM X-Bow R was already asked for 58,795 euros. Versions R and RR did not differ much, but GT, presented in Geneva in 2013, got side and front windows, six-speed gearbox, V4 engine and a capacity of 420 Nm. 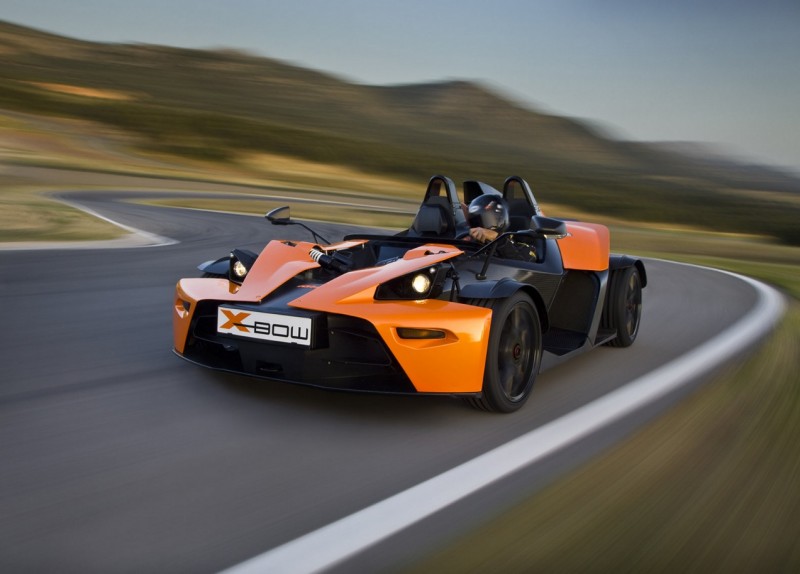 The futuristic “Austrian” received good reviews from riders and the approval of Schumacher himself. This shows that the machine is not easy to exist – it is in demand and has found its place in the market. Nurburgring ring version of the KTM X-Bow RR was held in 7:25:72, even beating Ferrari 458 and Porsche 911 GT3 RS. Conclusions to be drawn, gentlemen! 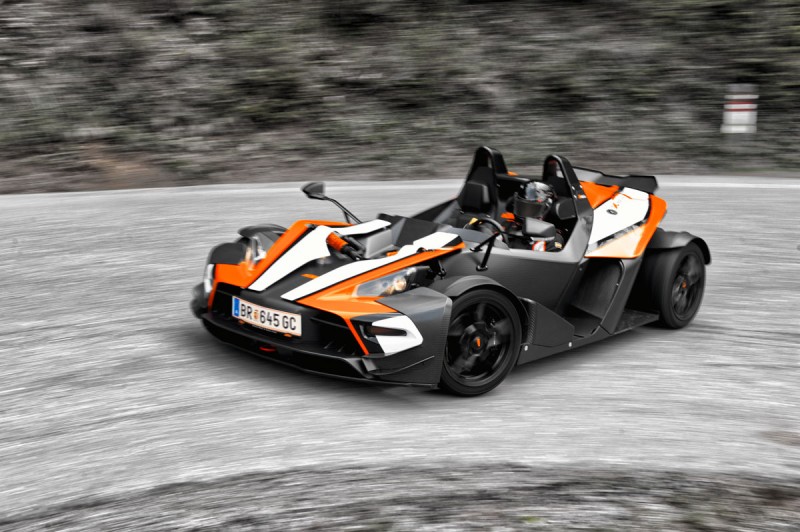 We advise you to read the article: KTM History 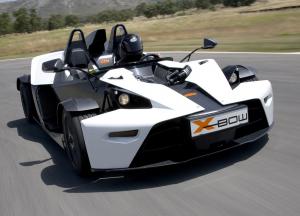 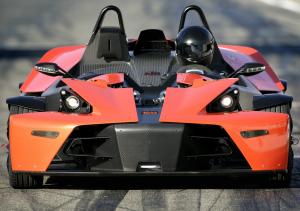 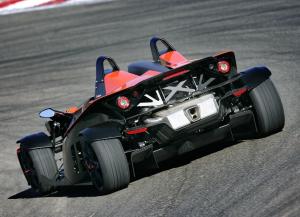 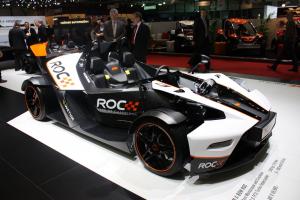 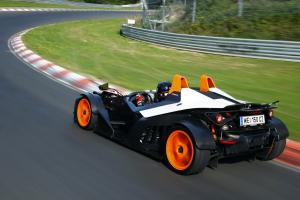 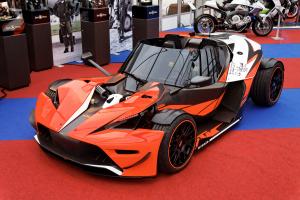 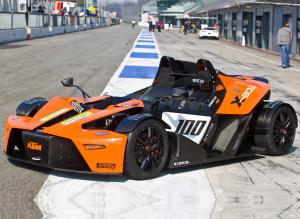 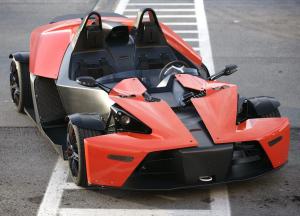 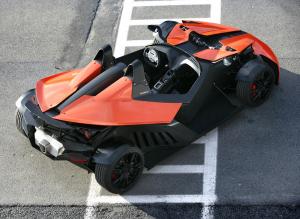