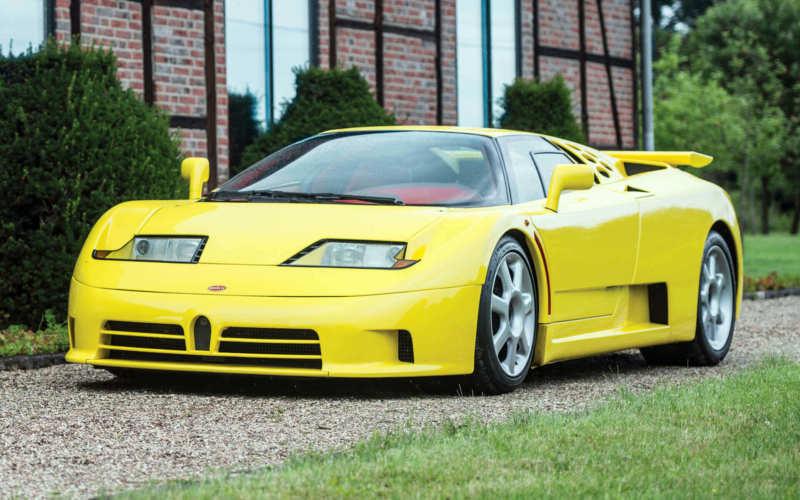 The Bugatti EB110 is a sports car with an all-wheel drive system, which was named after Ettore Bugatti. The car was presented on September 15, 1991 in Paris. This model absorbed all the modern technical characteristics and exceptional design.

Nowadays, Bugatti company is owned by Audi, which in turn is a part of the VW Group. It turns out that through this merger Bugatti have got a second wind, due to which they are now making cars that can amaze the whole world. The whole model range is Bugatti.

History of the car’s creation

Near the end of the twentieth century, Italian businessman Romano Artioli decided to revive the famous French car company. All rights to the brand, as well as all drawings and designs were bought out by the Italian businessman. As a result he founded Bugatti Automobili S.p.A., building a factory in Italy. There were quite a few options as to what the novelty should be. The last version was finally completed by 1990.

The company was able to choose the perfect time to present its new model. To be more precise, the company presented several models – as there was a 3.5 4WD sedan, its sports version SS 3.5 4WD, introduced in 1992. This car is called a lightweight version of the last sports car. A total of 31 cars were sold. 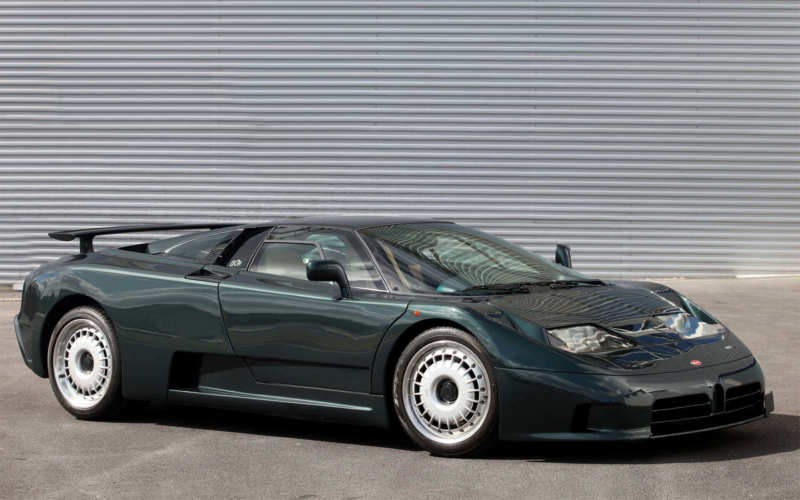 Interestingly, one of the lucky owners of this car was Schumacher, who liked the novelty. This also had a positive effect on the advertising of this model.

But in 1995, due to ill-conceived financial plans, the French company got bogged down in debt. Due to the additional purchase of Lotus and the development of a new 4-door version of the Bugatti 112, all the technical documentation and the right to manufacture it decided to buy the company’s management from Nuremberg. Thanks to the obtained developments and details it was possible to create the Edonis supercar in the future.

The main color of the car is black, but an important “chip” lies in the applied orange ornaments. These are the most natural shapes used by the engineering team for the EB 110 at all stages of development. The company has attracted the best designers and artists to develop the design of the Bugatti EB 110. The unconventional manners of the car can be traced in each of its components. The front end has a wedge-shaped shape, which received square huge headlights, located almost in the middle of the hood.

Extensive air intake slots round out the view. The roof discreetly and smoothly passes into the rear bumper, which has a retractable spoiler. Among the most popular epithets that the novelty received from experts and journalists are: “wild” and “unrestrained”. In fact, the supercar looks like a wild beast, which weighs more than one and a half tons. 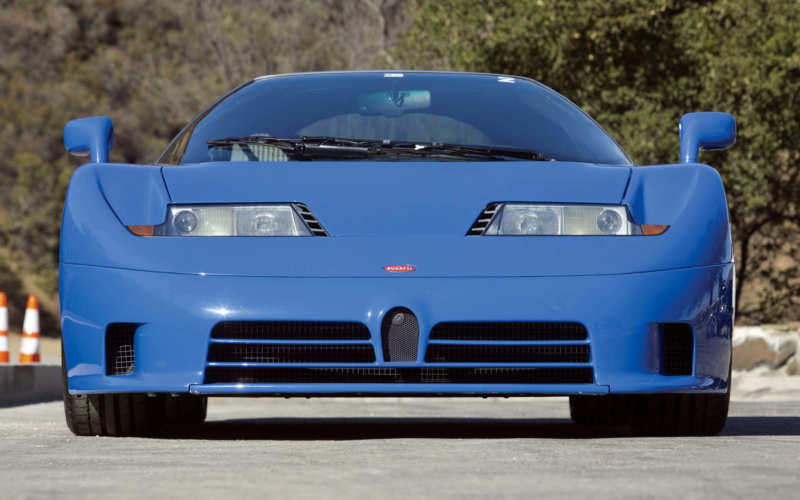 Although this car was positioned for Bugatti’s 110th anniversary, its styling completely contradicted the company’s traditional design. Getting inside the sports car is not easy. To do this, you need to pass through high arched doors. The interior is distinguished by a combination of gray leather and walnut, and the interior lures the driver with a large “steering wheel”, which has little resemblance to the aircraft steering wheel.

During the production of the Bugatti EB110 SS body (and the simple version) they used aluminum panels on a carbon fiber space frame. Among the characteristic features of this vehicle is the glazed surface of the hood lid, through which it is possible to observe the operation of the power plant. 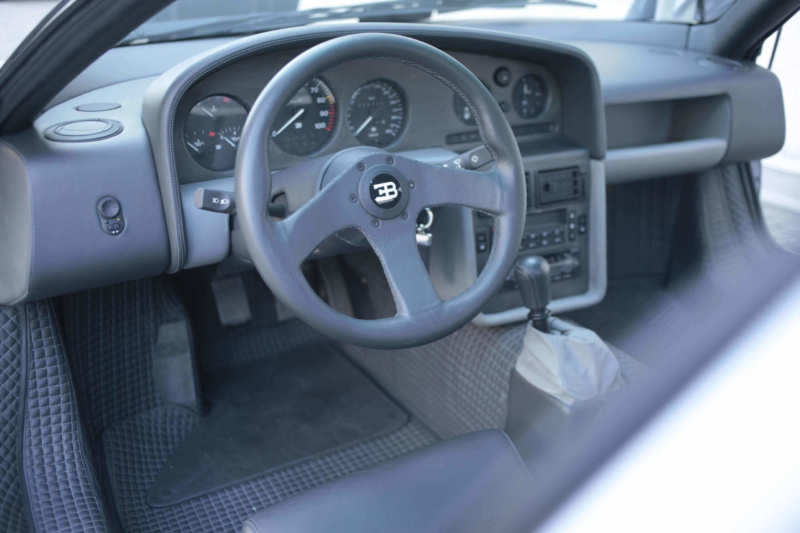 And among the additional features featured in the interior of the Bugatti EB110 is the dashboard, which has a clock, air conditioning, a high sound quality stereo system, as well as electric programming of the reference surface. This car had every chance to be one of the best in design, but a lot of pretentious details prevented it from achieving that.

The driver’s seat is reminiscent of an aircraft cockpit, which seems to “envelope” the operator of the car so as to provide intuitive access to the necessary control functions of the car. During 6 years (1991-1996) the company sold 125 cars and 12 – Dauer. 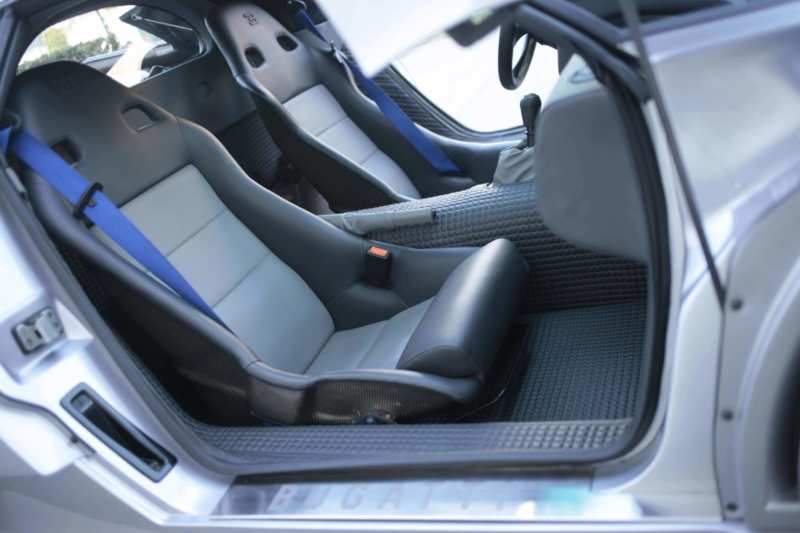 Despite the participation of the Bugatti EB110 SS in the race 24 Hours of Daytona in 1996 the situation was not corrected. Production of the supercar was stopped for almost five years. Already since 2000, the German company Volkswagen will buy Bugatti and will continue further work on the models of this company.

For the new car a completely new 12-cylinder V-shaped power plant was developed. Nicola Materazzi worked on the engine. The working volume of the engine was 3.5 liters. The car had no problems accelerating with 4 turbines up to 337 kilometers per hour. The engine generated 560 horsepower (611 Nm).

Front-engine layout was provided, along with a four-wheel drive system and six-speed manual gearbox. Already in 3.6 seconds the truck “shot” up to the first hundred. As for fuel consumption, it is hard to call it small – it varies from 11-22 liters per every 100 kilometers. The car has a fuel tank, designed for 120 liters. 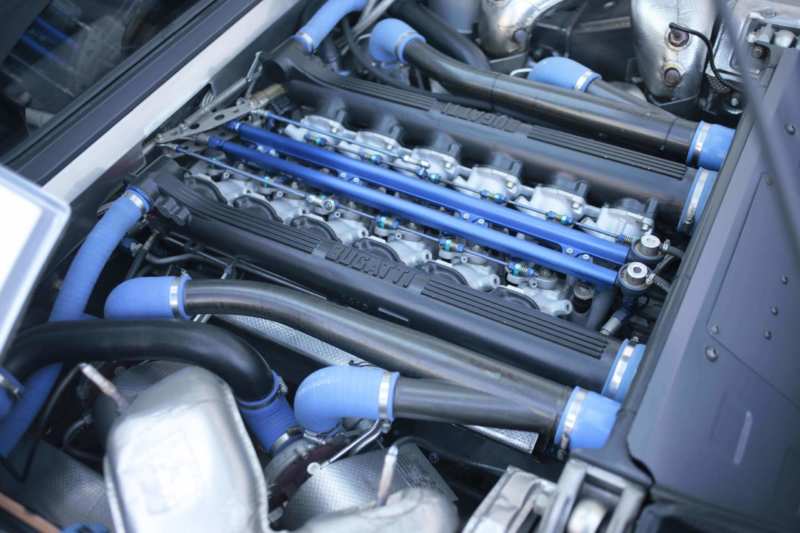 A little later, the company launched a sports version of the Bugatti EB 110 Super Sport, equipped with the same 3.5-liter engine, but which already produced 650 horsepower. It also got turbocharged and injected gasoline. The “maximum speed” now was 350 kilometers per hour, and acceleration to the first hundred took 3.4 seconds.

The specialists of Bosch have developed powerful braking systems for sports cars, and Bugatti was able to further improve them by making them ventilated, with ABS support. When creating the Bugatti EB 110, the car was subjected to quite tough tests and trials. For example, at 90 percent of maximum rpm, the motors were tested on a dynamometer. The testing lasted for 300 hours. A carbon monocoque was created for the car by Bugatti’s rocket arm.

The price of the Bugatti EB 110 today is about $680,000, but it is very difficult to buy the car, as there are very few of them in the world. Despite its age, this model can easily compete with many modern supercars. The Bugatti EB 110 GT is even more expensive. 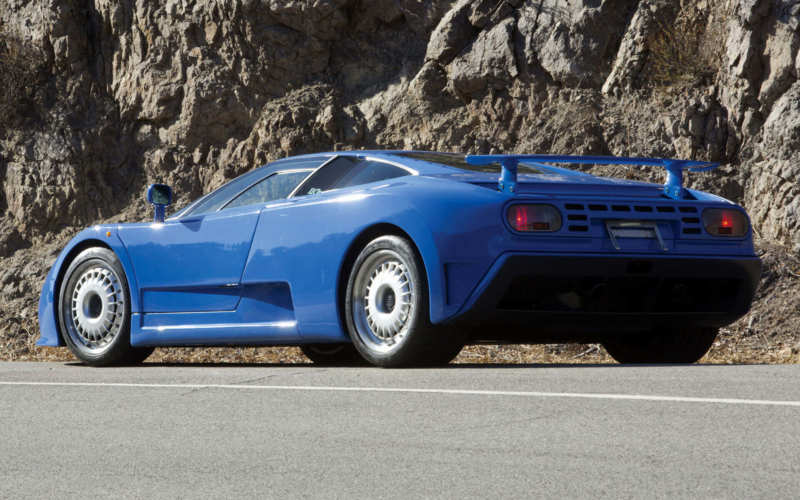 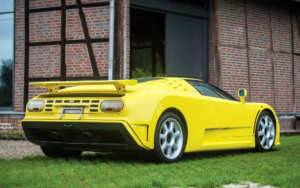 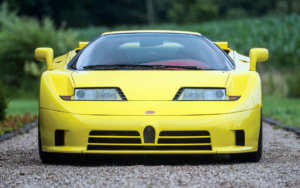 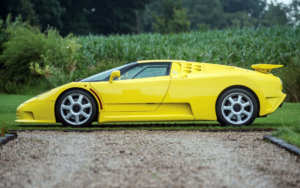 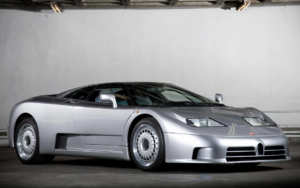 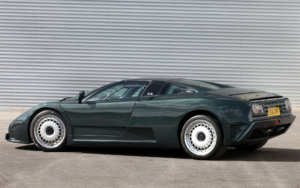 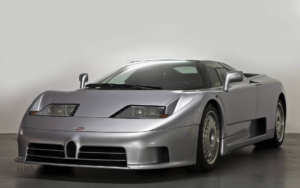 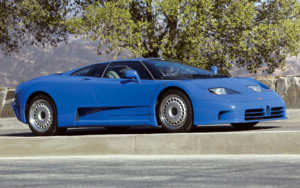 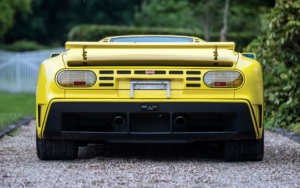 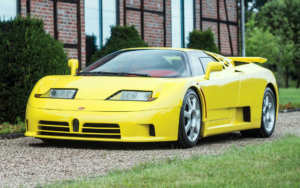