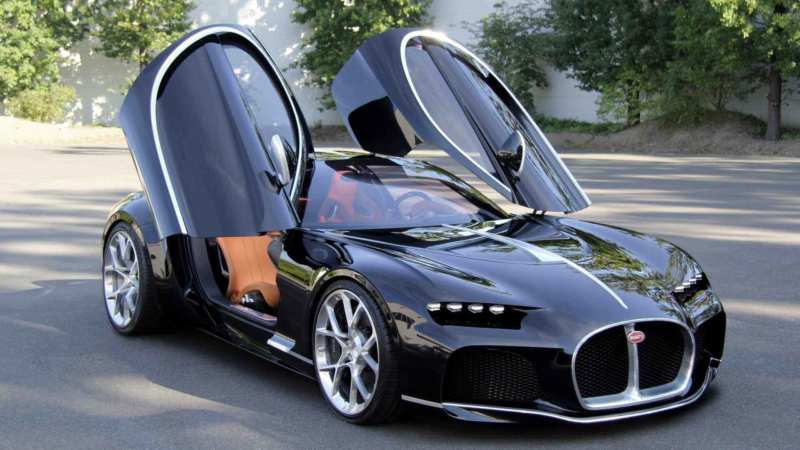 The most expensive, but not the fastest car

Bugatti itself joined the huge VW Group family in 1998. In the course of the next 20 years the company’s specialists were able to design and put into small series production only two premium cars – Bugatti Veyron and Bugatti Chiron. But in reality, the design department assembled a lot of cars which were never produced.

One of them, the most expensive, but not the fastest model of the French company in 2020, is the Bugatti Atlantic. It is a GT division sports car coupe with a V-shaped 8-cylinder gasoline engine. The novelty was prepared to be presented during the 2015 Pebble Beach Concours d’Elegance, but before the final stage, Volkswagen management decided to shut down “their idea.” The French threw all their resources into the Chiron, which was publicly presented during the Geneva Motor Show in the spring of 2016. 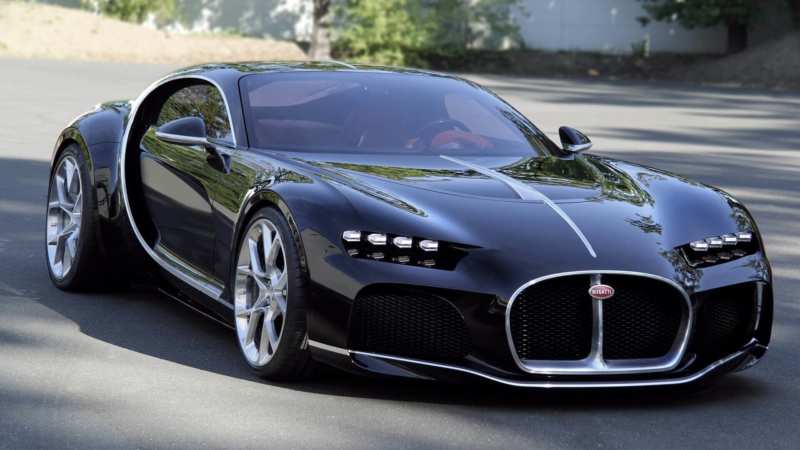 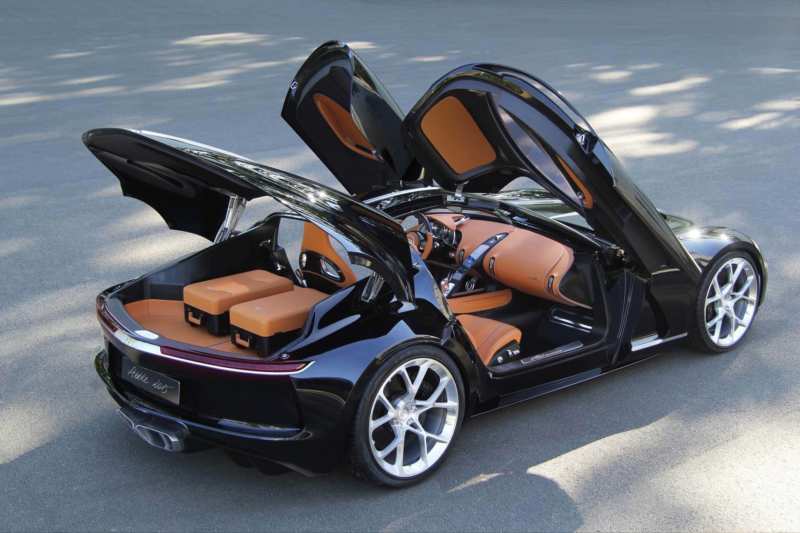 What’s special about the exterior of the body

When designing the new sports model, the French design team took into account the famous Bugatti Type 57SC Atlantic. This model was first seen back in 1938. In addition to this, the French specialists tried as much as possible to convey the style of the 1930s luxury coupe. As a result, they have coped with such a task perfectly.

The new car is equipped with an elongated hood, impressive body panels, perfect roof dome and unsurpassed elegant rear. The latter received heavily “swollen” wheel arches in the rear of the vehicle. 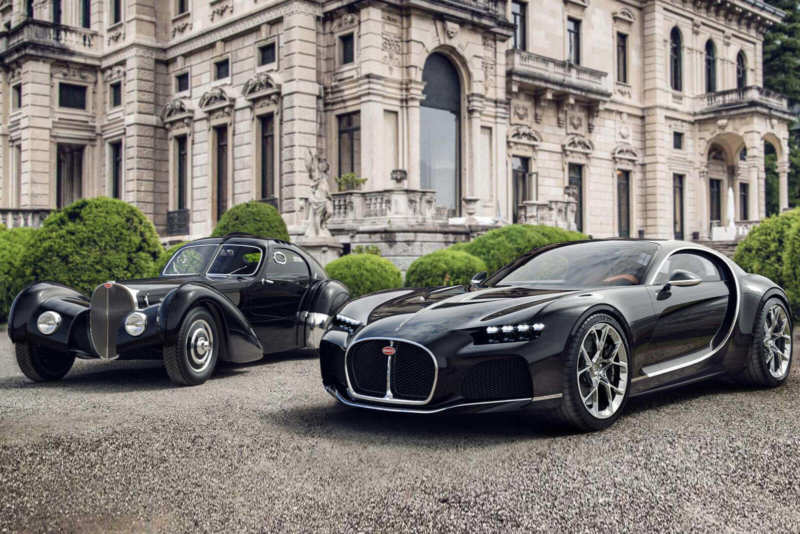 The sports car boasts excellent head and clearance lighting, which has been given LED filling, an unbeatable front bumper with a traditional horseshoe-shaped false radiator grille and massive air intakes. The butterfly doors on the sides have hinged devices, similar to the Volkswagen XL1.

In addition, they received an electric drive. To get to the trunk, you can use a massive panel that rises with parts of the fenders and roof. The third door is also equipped with an innovative mechanism and servo drive, which makes the French model comfortable and practical.

The interior of the Bugatti Atlantic is two-seater, but because the front-engine layout is used, there is a large luggage compartment. Interestingly, four exclusive suitcases were created for it. If we talk about interior decoration it should be noted the presence of leather of the finest dressing, carbon fiber and anodized aluminum.

In general, the Bugatti Atlantic 2020 is even more awesome than the Chiron’s interior. Again, you can trace some style with the Bugatti Type 57 Atlantic of the last century. On the elegant front panel you can notice stylish vertical air deflectors which have an oval shape. 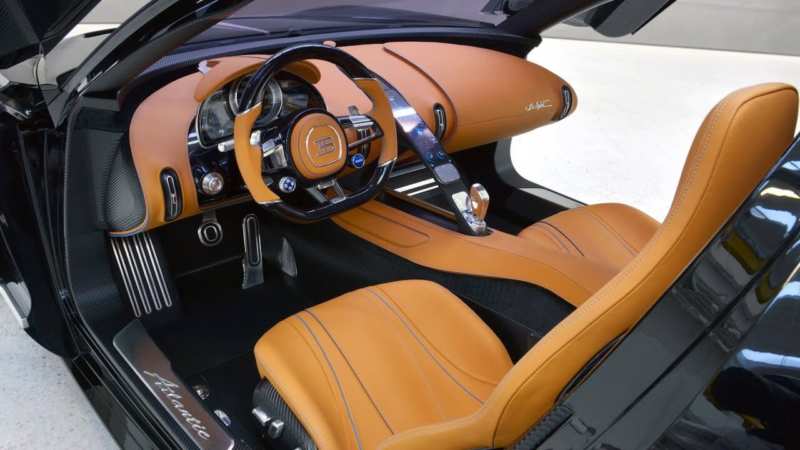 The informative dashboard has a stylish visor at the top. Immediately in front of the driver is a multifunction sports steering wheel. It is difficult not to notice the unique touch-screen panel, which stretches in an arc from the top of the dashboard to the central tunnel.

The car boasts stylish bucket seats in a sporty way, getting the possibility of electric adjustments and heating. The list of equipment is equipped with a 2-zone “climate”. The modern multimedia center also has premium “music”, designed for 16 speakers. Six airbag and a rear camera are not forgotten.

For the technical characteristics of the Bugatti Atlantic in the VW Group company mostly no one gives any comments. It is worth to thank that at least the car as a whole decided to declassify. It is clear only that under the hood of the “Frenchman” is equipped with a biturbo V-8-cylinder petrol engine (which is half of the most powerful W16 “engine”), which got a robotized gearbox. All torque forces are transmitted to the rear wheels. As for the body of the 2-seater, it is a carbon monocoque. 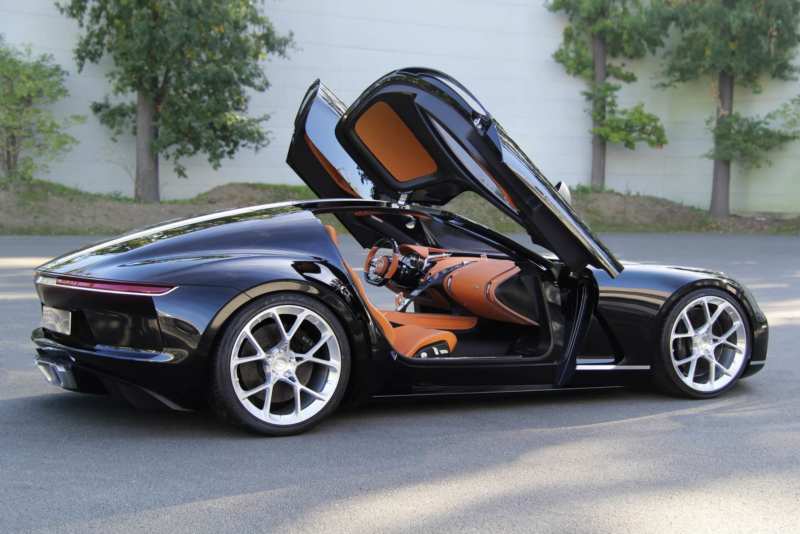 Since the Bugatti Atlantic has never appeared in serial production, it cannot be called a full-fledged competitor for other brands. Nevertheless, this model would compete with the Bentley Continental GT, McLaren Senna, Porsche 911 GT2 RS, Aston Martin DBS Superleggera. This is only an approximate list, but it would be very interesting to see the real confrontation of these cars on the road.