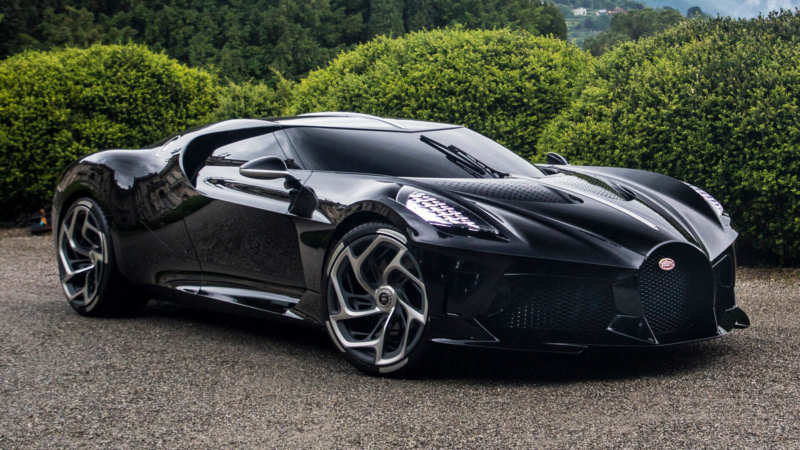 During the Geneva Motor Show a really unique hypercar called Bugatti La Voiture Noire was presented. The unusual car was created in honor of the 110th anniversary of the brand, but it is interesting that the car was immediately bought by a wealthy man. The novelty was released in a single copy. We will name the lucky owner a little later. The whole model range is Bugatti.

History of the car

According to the creators’ idea, this model commemorates Jean Bugatti who created the unique for its era car Type 57 SC Atlantic more than 80 years ago. This man was able to develop four types of bodies for the car and died at the wheel of a Bugatti Type 57 race car on August 11, 1939.

It is important to note that cars of the French company in the 1930s already had 180-200 hp power plants, which allowed acceleration sport versions of cars up to a maximum speed of 220 kilometers per hour.

Thanks to the new body, the novelty looks a bit like a Bugatti Chiron. Such renewal allowed preserving dimensions of the vehicle but noticeably affected its exterior. Now the car has a lot of new decorative elements making the Bugatti La Voiture Noire’s appearance absolutely cosmic. The Bugatti La Voiture Noire 2019 boasts a huge number of interesting details contained in the front end of the French hypercar.

The “front end” itself turned out to be quite massive, although it could not be huge because the engine is located in the rear area of the car. The hood didn’t get so much space. It received a triangular shape, which has a lot of relief. Closer to the front glass, there are a couple of air intake holes. 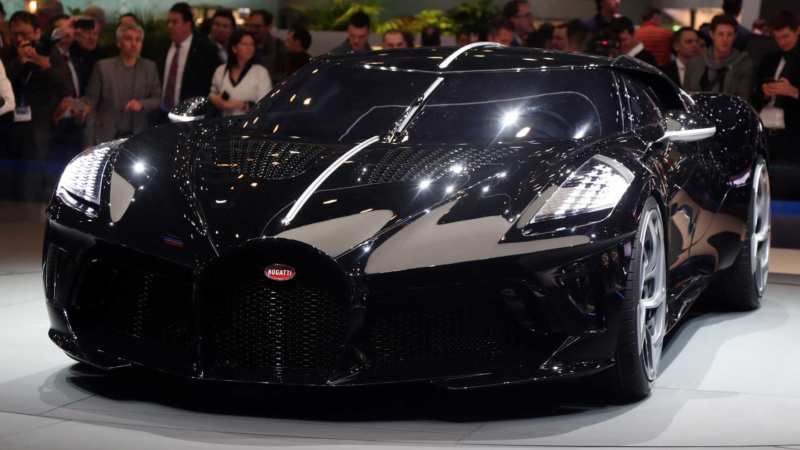 As for the headlights, they are placed on massive protrusions, which are directly above the wheel arches. It is significantly different from the one on the Chiron. Instead of thin strips, there are wide lights mounted vertically. Inside, there are only high-quality laser lights.

The body of the car is made of carbon fiber, and almost all parts were made by hand.

The bumper shell almost all has air intake grilles. The most recognizable part here is the central one. It boasts a large, almost oval grille, which received a fairly fine mesh and branded “slogan” Bugatti. On the sides of it, separated by thin strips of body, the company’s specialists have placed two more rectangular grilles, participating in cooling the engine compartment by running air through the whole body. 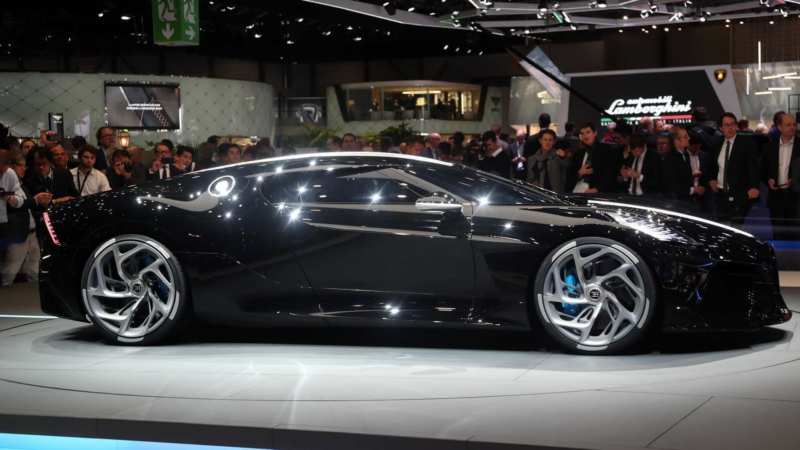 In addition, they cool the brake assembly. On the remaining area of the bodykit you can see a stepped relief and less bright air intakes. The side of the Bugatti La Voiture Noire is more similar to the Chiron model. It is equipped with rather small windows which are in one piece with the front glass, as well as with a huge amount of relief. The extra air intakes haven’t gone anywhere. Slightly behind the front wheels there is room for a small cutout.

Behind the windows you can notice the massive recesses in the body, through which the lion’s share of cooling air is sent to the engine compartment. Rather interesting and unusual look wheel rims, equipped with simply gigantic size. The rear end received huge changes. The car has almost no roof, because the windshield almost immediately “flows” into the luggage compartment lid, which has a lot of small holes.

All this is required for good cooling of the power unit. Then you can see the main part of the bumper, the dimensions are significantly superior to the front bumper. It has an air intake grid and is topped only with a stylish strip of parking lights, a decorative chrome line and the name “Bugatti” in the center. A huge diffuser is clearly visible underneath, which has six exhaust pipes mounted in a row.

It is a pity, but the company did not show Bugatti La Voiture Noire saloon at the presentation. However, it is clear that the car will be equipped with the most luxurious finishing materials, precious metals, different sorts of wood, natural leather, etc. Plastic and fabric are not peculiar to cars of a similar class.

The French hypercar will also boast a modern multimedia system, a lot of options for a high level of safety, comfort and ease of driving. At the Geneva exhibition itself, the windows were darkened so much that it was simply impossible to see anything through them.

But all the technical information about the new hypercar is available. The French car is powered by an 8-liter, 16-cylinder, 1,500-horsepower engine. The supercar Nissan GT-R and Bugatti Chiron have the same power. Already for slightly more than 2 seconds the car will reach the first hundred. To reach a speed mark of 200 kilometers per hour, it will have to “wait” for 7 seconds. Already after 13 seconds the car will accelerate to 300 kilometers per hour.

The speed limit is 420 km/h. According to the experts, together with this engine a seven-speed automatic gearbox, having two clutches, like on the Chiron version will be installed. The novelty received a four-wheel drive system, equipped with several modes of operation. Interestingly, one of these modes will allow to change the height of ground clearance. 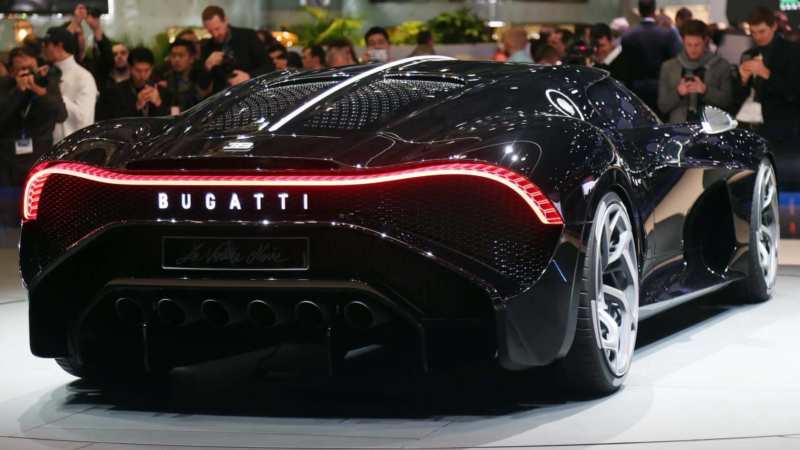 But it should be noted at once that one of the best footballers in the world will be able to get his car only at the end of 2021. By this time the company will have to finish all work on the hypercar. Also, in this interval, will probably be created a unique design of the interior. 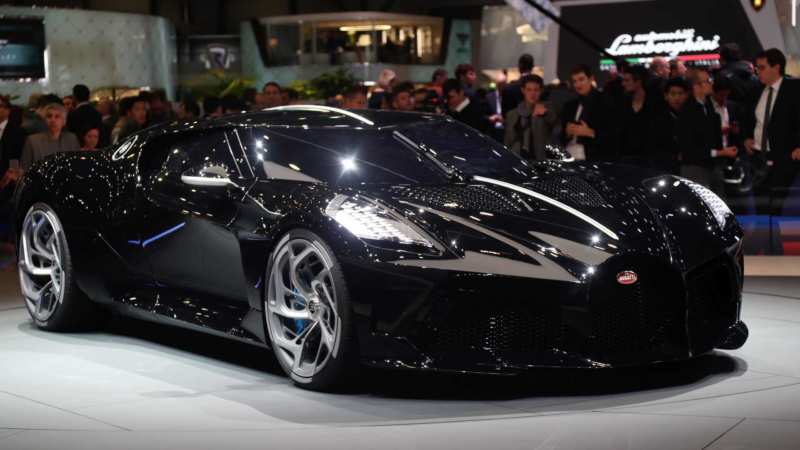 No one can compete with the car in the price category, but if you take the technical characteristics, here you can highlight some hypercars. For example, these may be cars of the company Pagani and Koenigsegg. 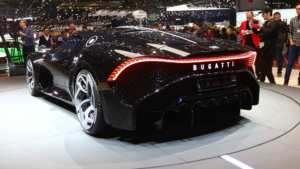 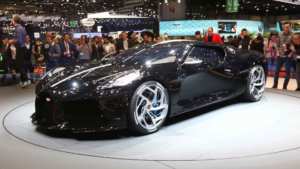 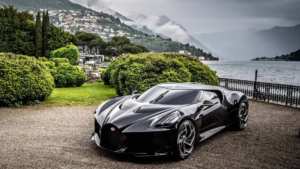 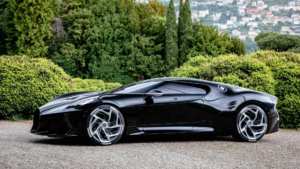 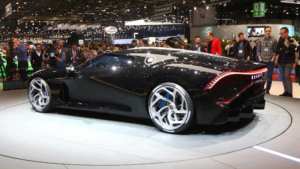 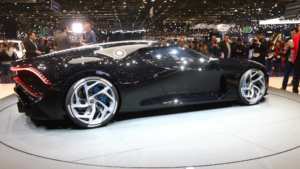 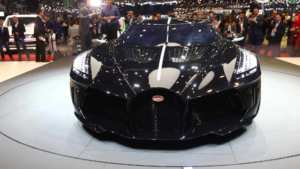 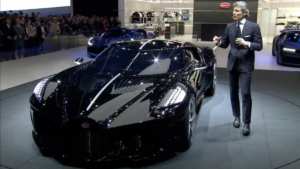 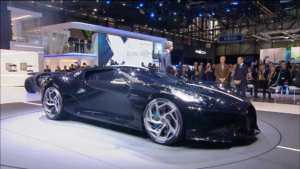