Gruppo Bertone is an Italian carmaker who has designed the bodies of many famous brands. The company Giovanni Bertone was founded in Grulyasco in 1912. The whole Bertone’s model range. 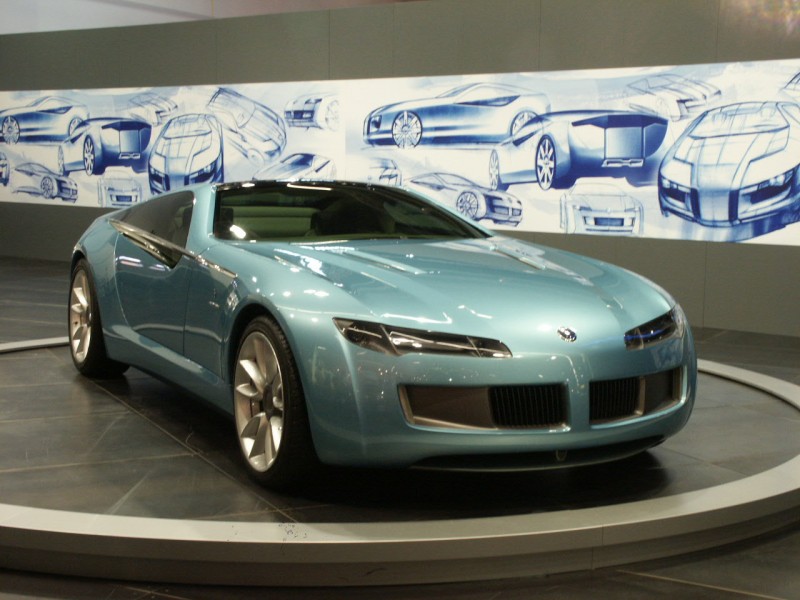 Giovanni Burton started his business in Turin when, at the age of 28, he built his first horse-drawn vehicle with three workers. 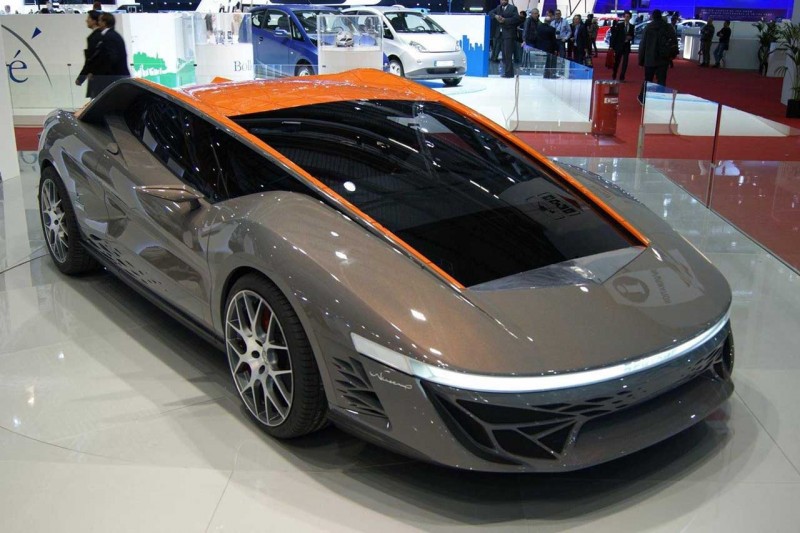 By 1920, a new factory was opened in Turin with twenty employees. A year later, the company signed an important contract for the production of an aerodynamic bodywork based on S.P.A. 23S chassis. Soon Giovanni was already making bodies for various car manufacturers, but the longest relationship was with two manufacturers – FIAT and Lancia. 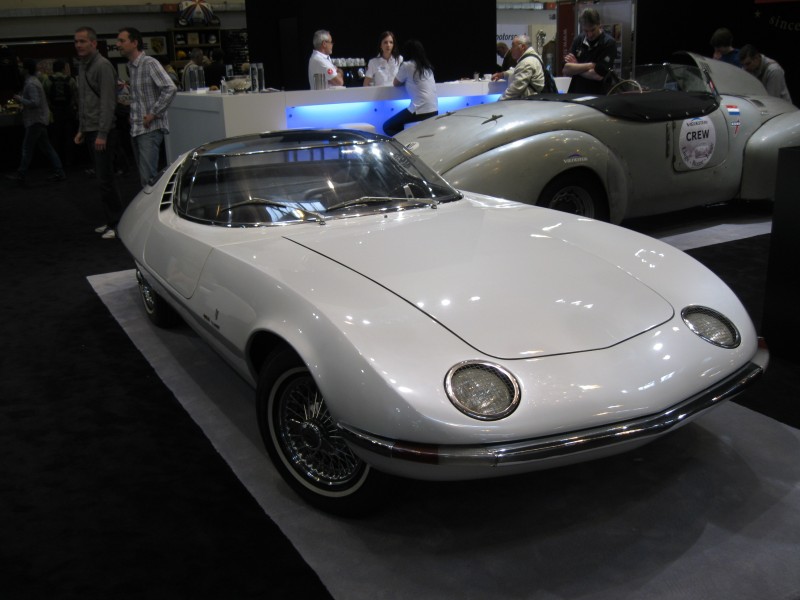 In addition to sports models, luxury cars such as the Fiat 505 and Itala 51S limousines have been developed. Despite the fact that the economic downturn of 1929 brought many Turin carmakers to their knees, Bertone’s company stayed afloat. 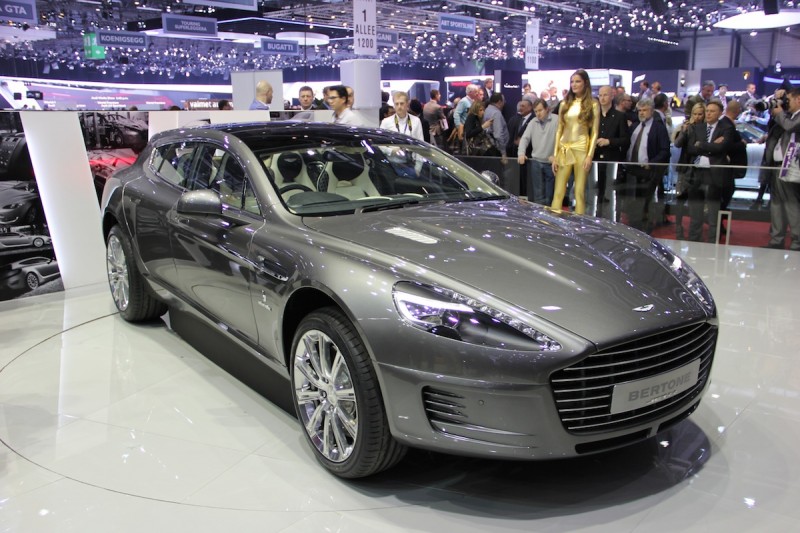 In 1937, Nuccio Bertone, who was nineteen, joined his father’s company. At that time, the company already had 50 employees. The beginning of the war brought a sharp decline in the Italian automotive industry. Production of luxury cars fell to almost zero and to survive, the company began producing military ambulances on the basis of Lancia Artena. 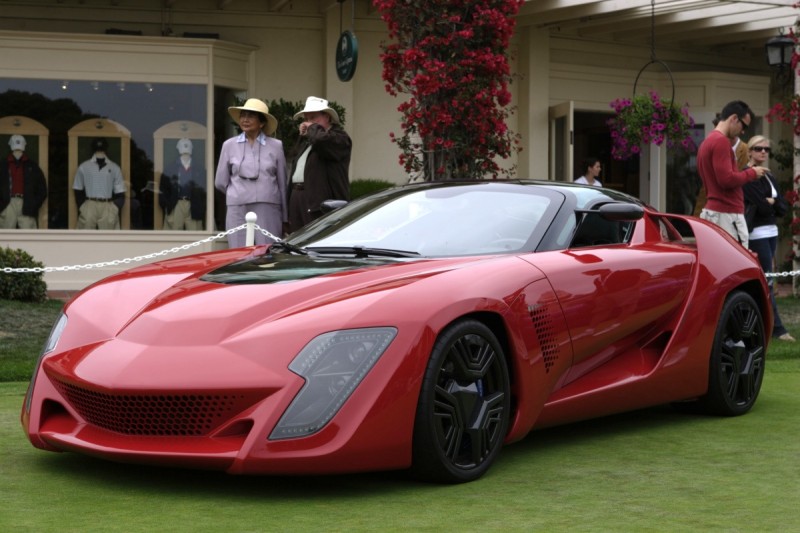 At the end of the war, as the entire automotive industry grows, Bertone is slowly restoring production. The first major orders were received at the beginning of the next decade. In addition to the development of Alfa Romeo Giulietta Sprint (Alfa Romeo Juliet today), presented at the Turin Motor Show in 1954, Bertone was also approached by foreign companies. 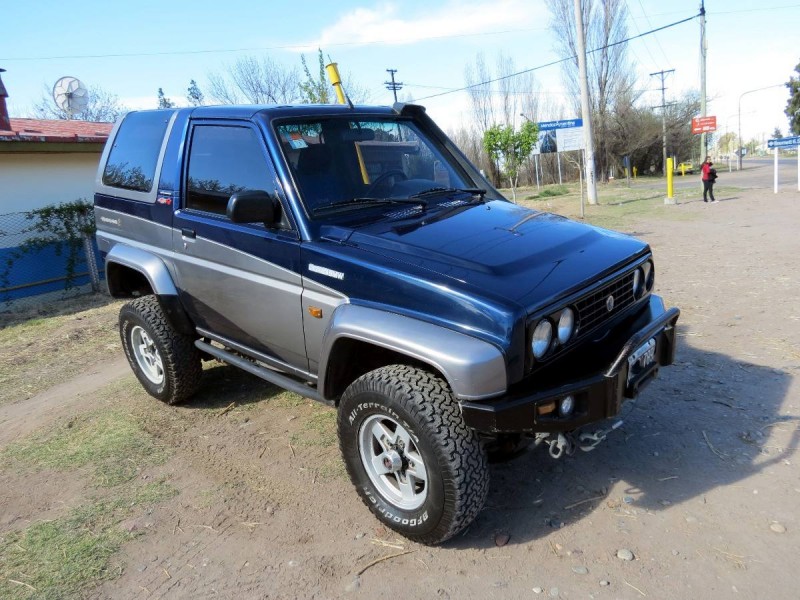 When the NSU Sport Prinz model was launched, the company had to expand its production capacity by building a new plant in the suburbs of Turin. In addition, at the end of the decade was developed a new type of body Ferrari 166 Berlinetta, which is still used in the product lines of many world manufacturers. 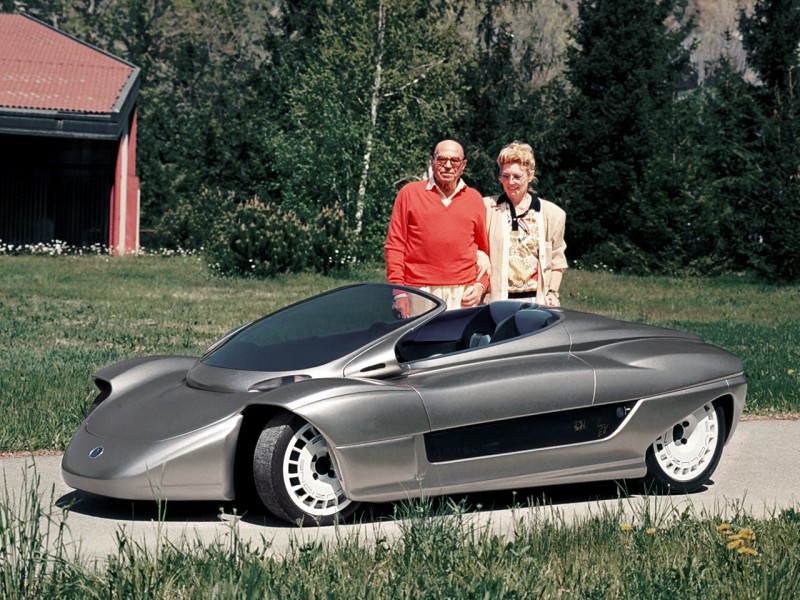 It changed the look of the company in 1965. Launched this year, the Fiat 850 Spider became so popular that the company had to urgently increase its production, increasing it by 40% by the end of the decade. More than 30,000 Fiat 850s were produced. That’s why at the beginning of the 70’s the company already employed one and a half thousand people. 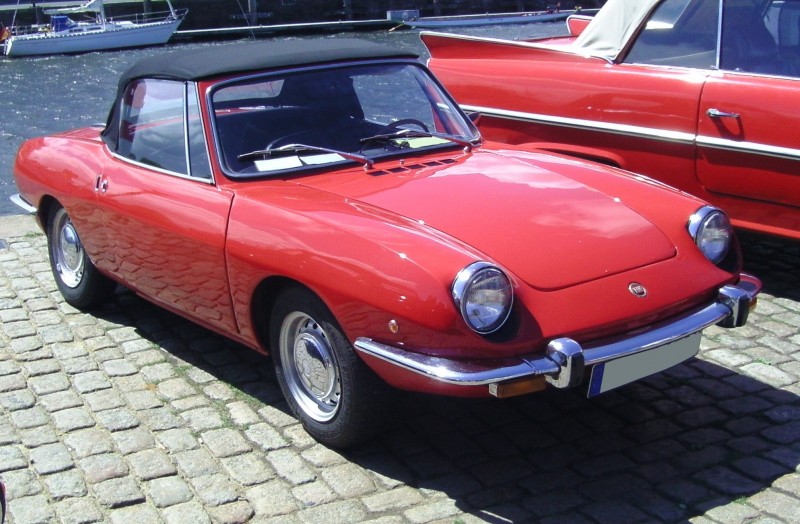 In 1972, the founder of Giovanni Bretone died. However, his son continued to run the company with dignity. That year, the concept Runabout, based on the notorious 850 Spider. The car continued the commercial success of its prototype. 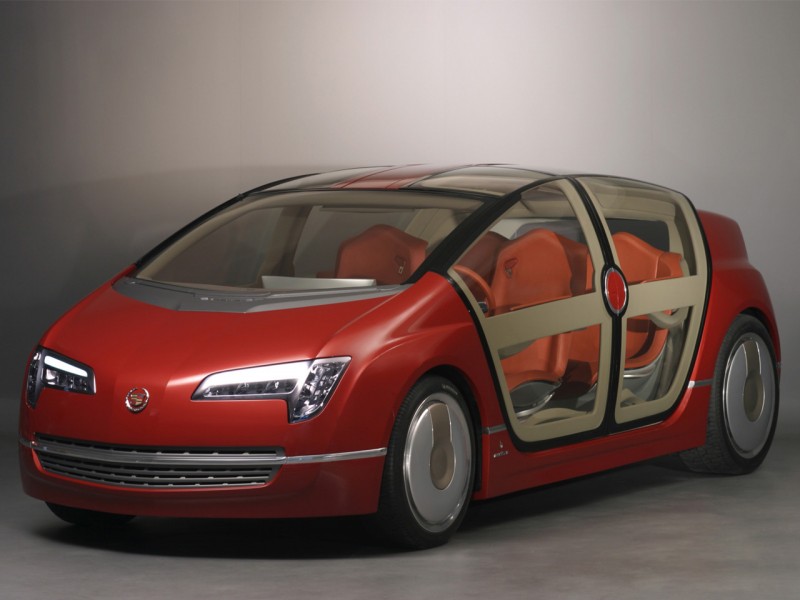 It was in production until 1988 and was sold more than 160 thousand cars. The next decade was marked by the launch of the Citroen BX and the Volvo 780, a two-door sedan entirely created by Nuccio Bertone in a joint venture with Volvo. In addition, Bertone produces Kadett Cabrio and Pontiac Fiero GT and off-road vehicle Freeclimber, based on Daihatsu transmission and BMW engine. 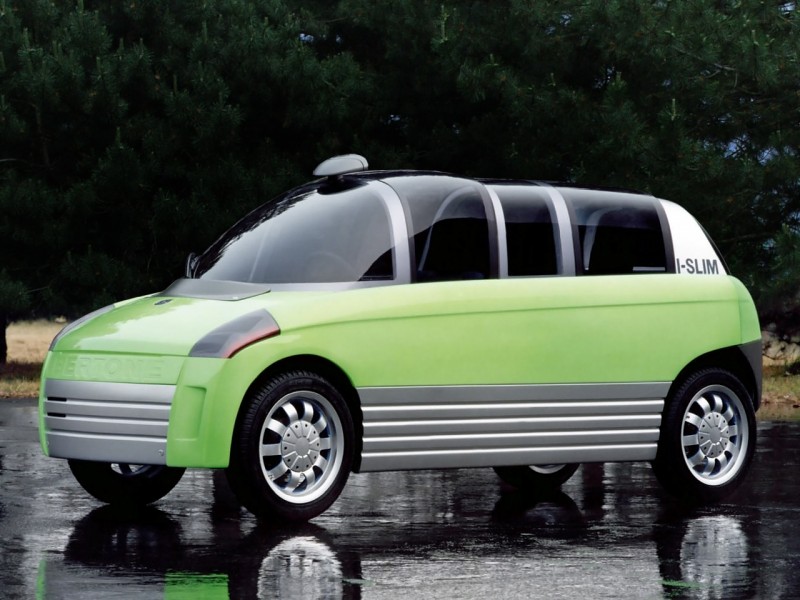 In order to attract the attention of the public and experts, a futuristic electric car Blitz Barchetta was exhibited at the Turin Motor Show in 1992. It had a tubular steel chassis and composite bodywork. Nuccio Bretone continued to actively develop the company, and over the course of the decade new elegant models appeared, except for the impressive design with a decent technical content. 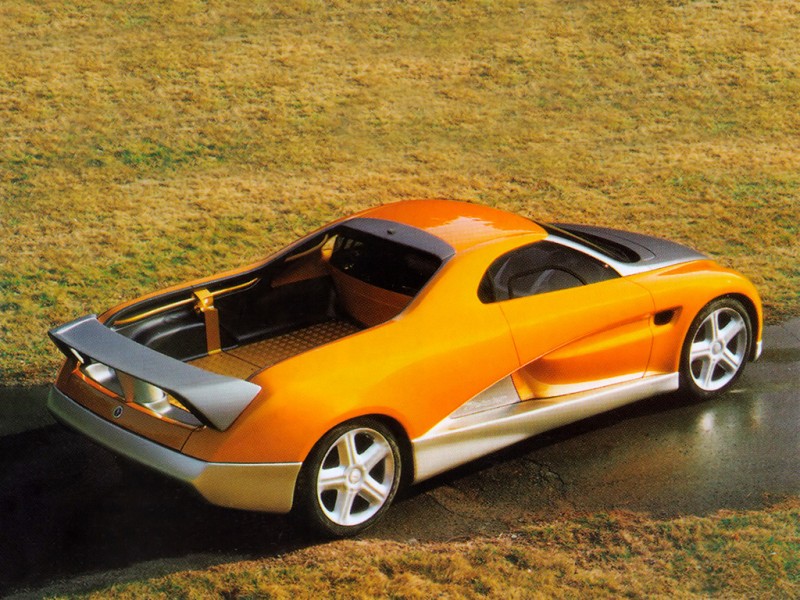 In 1993, the entire production cycle of Opel Astra Cabrio and Fiat Punto Cabrio began at the Grugliasco factory. In 1994, Bertone introduced the Zero Emission Record (ZER) electric car. ZER set up world mileage without recharging (199.822 km/h) and a new world speed record for electric vehicles (303.977 km/h). In addition, there were many more successful cars and many plans. 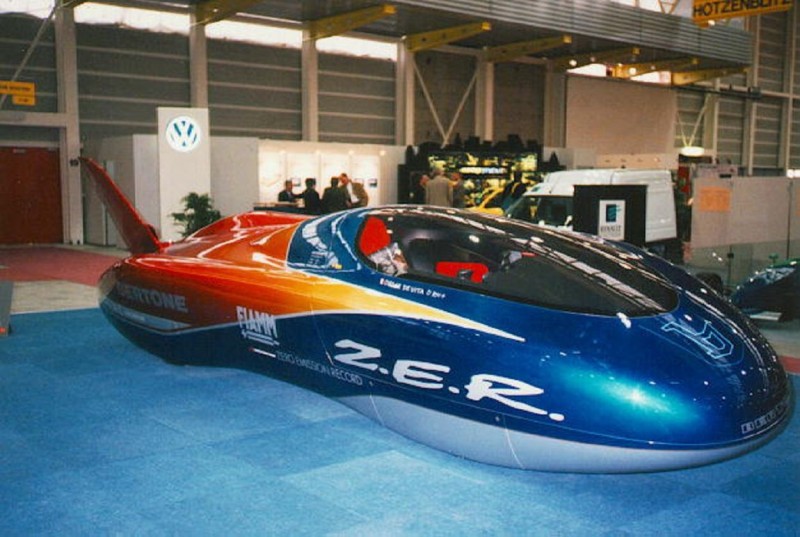 However, in the evening of February 26, 1997, during the Geneva Motor Show, Nuccio Bertone died. Although many manufacturers continued to turn to the company’s specialists for assistance in the development of their new machines for a long time, the flow of customers gradually decreased. By 2009, Bertone had sold its production facilities. 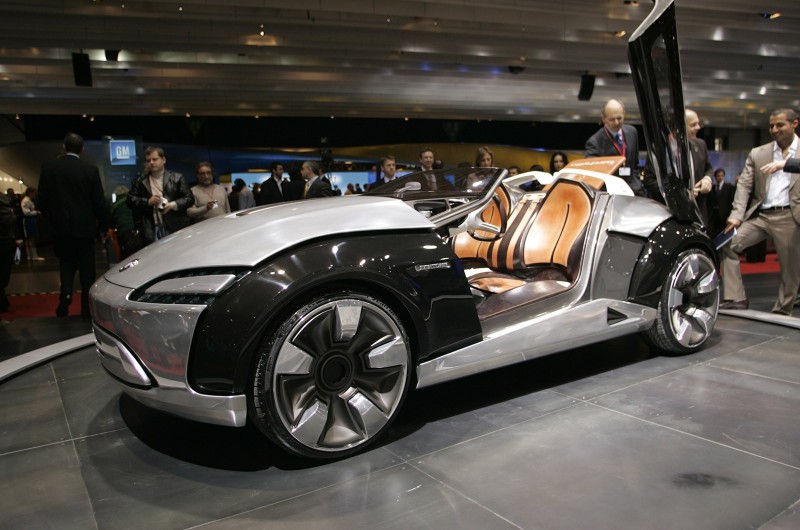 There are only 300 people left from the team, mostly engineers and designers. Serious measures were taken to reorganize the company. However, as a result, all of these measures were unsuccessful, and in April 2014, Bertone entered bankruptcy proceedings.