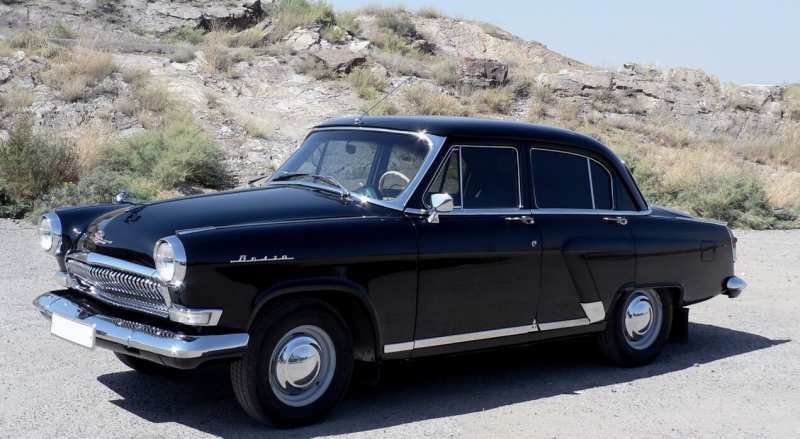 GAZ-23 is a Soviet middle class passenger car. The car was produced by Gorky Automobile Plant from 1962 to 1970. The model was designed on the platform of a standard sedan GAZ-21, which replaced GAZ-M-20G on the platform of GAZ-M-20 “Pobeda”.

In some documents, the car was called a “high-speed car” or “escort car”. It served as an enhanced model of a staff vehicle for the State Security Committee and other special services of the Union of Soviet Socialist Republics. The whole model range is GAZ.

Since the 1930s, the Gorky enterprise has been producing medium specification high-speed machines for power structures in small batches. Development of the 23rd model was started in 1959 and a group headed by B. Dekhtyar was assigned to develop it.

In addition, a whole list of unique design and technological methods was applied, for example, the power unit was installed with an inclination along the axis of the crankshaft by 2 degrees to prevent it from being hit by the elements of the undercarriage space during operation. 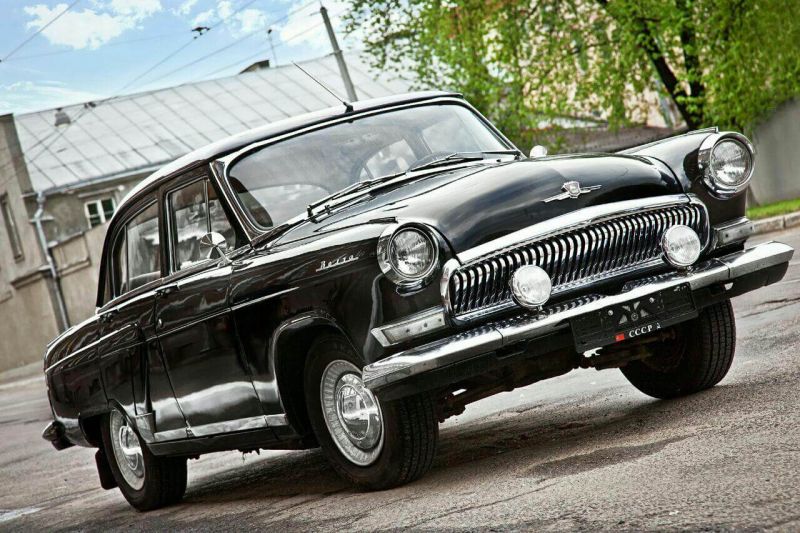 But at one point the Gorky enterprise asked to quickly assemble a sedan for special services. And the order came not from somewhere, but from the State Security Committee. The novelty should have prevailed in terms of technical equipment of other vehicles, because this sedan should be on horseback during the chase.

In addition, the car had to be comfortable when travelling in motorcades with government officials. Generally speaking, the car was not afraid to cope with various other special tasks.

During the work, the design staff, as we have already said, equipped this model with the most modern, technologically advanced and the most powerful at the time 8-cylinder power unit GAZ-13. Also, the car already in those years was walking along with the box of automatic rifle. 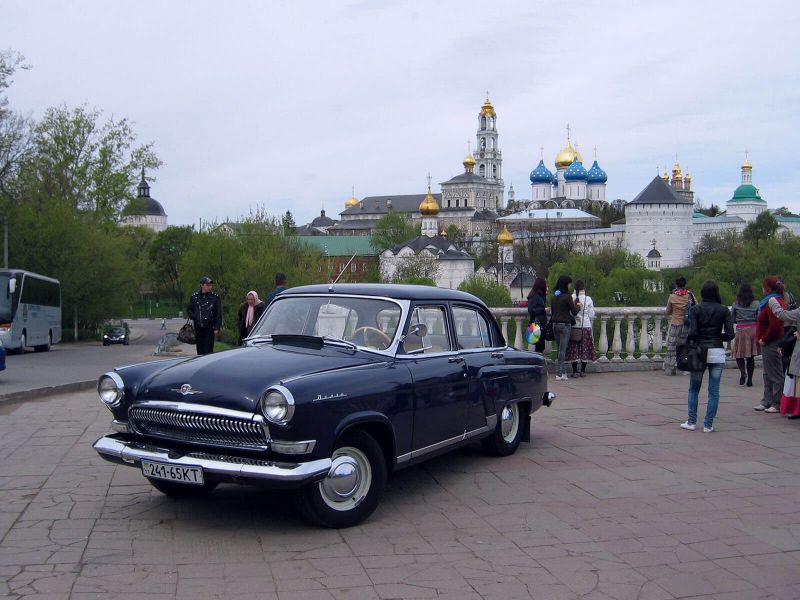 It is clear that such an engine could not be installed in a sedan without any improvements. On this basis, the engine was slightly modified and adapted for these purposes. For example, they installed a new oil sump, reworked the exhaust manifold and so on. And already in 1962, the conveyor began to produce a new machine, but not in such a large volume. It took a lot of modifications.

The design staff had to sweat quite a lot, especially over the braking system, which could not cope with the increased loads, because it was moved from a simpler machine – GAZ-21. For this purpose, engineers have designed new brakes, which would not be afraid of high temperatures. Therefore, the sedan has cast iron brake drums. A special GAZ 23 vehicle was produced for only 8 years, so only 603 vehicles were produced. To date, these models are in the hands of collectors and lovers of retro cars.

The special car was designed so that it was almost impossible to distinguish it from the 21-st model. Many exterior body panels are almost no different from those of the 21. If you open the hood, you can immediately see the mask of the radiator, which is very different from the 21.

It turns out that the right one together with the left mudguard of the radiator turned out to be unique and not similar to similar details of the 21st Volga. The hood cover on the outside is very similar to its predecessor, but the inside of the hood has an original hood amplifier. The horizontal platform, which is located behind the front bumper, has cut-outs for the radiator blinds. 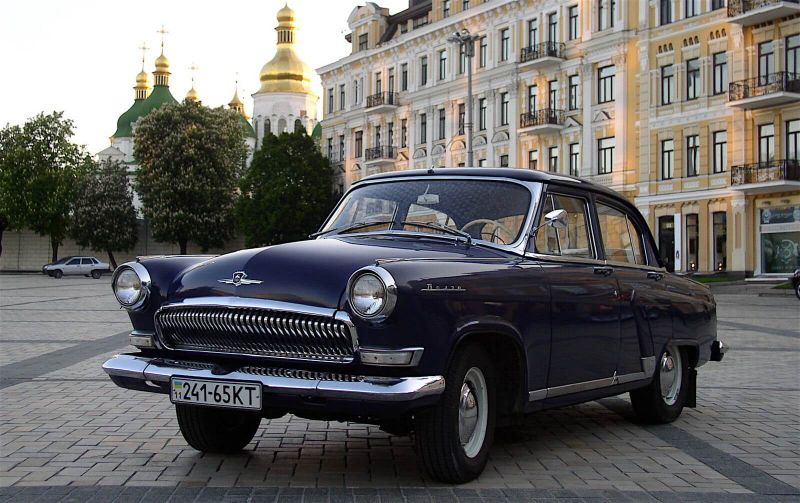 The radiator casing is stamped to make it easier to access the directional breaker, just when there is a need to remove it from the machine. The body of the machine has been significantly strengthened, for example, by the presence of welded auxiliary metal strips of the front side members and a full-fledged original radiator mask.

A special sedan weighed 300 kilograms more. Approximately till the middle of 1964 the door glasses on the 23rd model were made of triplex glass, whereas on the 21st Volga there were always tempered glasses on the doors. The design staff believed that triplex glass was harder to break so that intruders could not get into the car.

Once in the passenger compartment, it is easy to find the luggage compartment release handle from the inside. It is hidden between the seats and the backrest of the rear passenger sitting on the right. The radiator louver control handle or bonnet lock pull handle is used as a lever. This handle is quite “smart”. 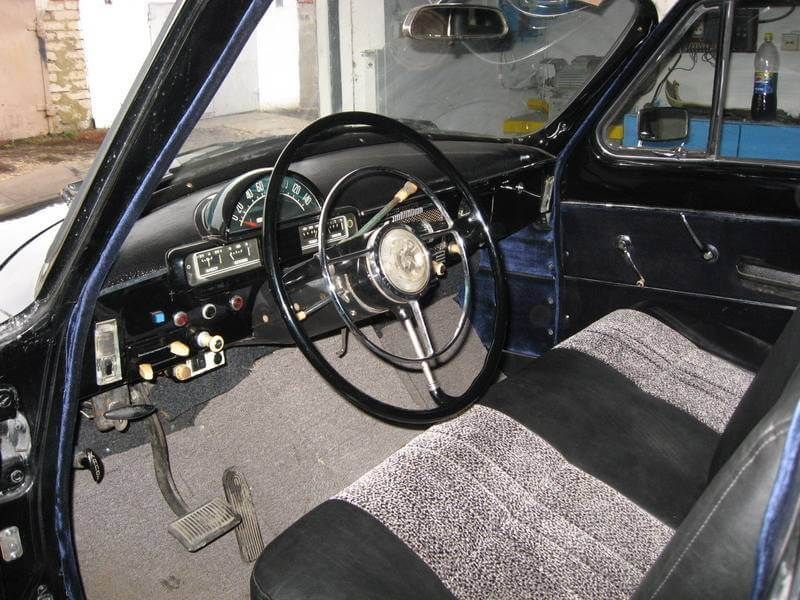 This was done so that the State Security Committee would not forget to block the luggage compartment door. Otherwise, GAZ-23 salon copies GAZ-21 salon. There is the same three-spoke steering wheel of huge size, behind which is the speedometer that protrudes upwards.

The instrument panel is quite simple and clear. The ignition key is located at the bottom left. They did not forget to install a radio to the right of it, so that law enforcement officials could spend their free time more interestingly. The usual clock face is also in place.

The 23rd model was retailed by the Chaika power plant because the gap between the right side member and the hydraulic transformer crankcase turned out to be a narrow gap, which should have been passed by the right receiving exhaust pipe, which was coming from the right exhaust manifold. Therefore, it was necessary to make a cut in the structure of the power unit. 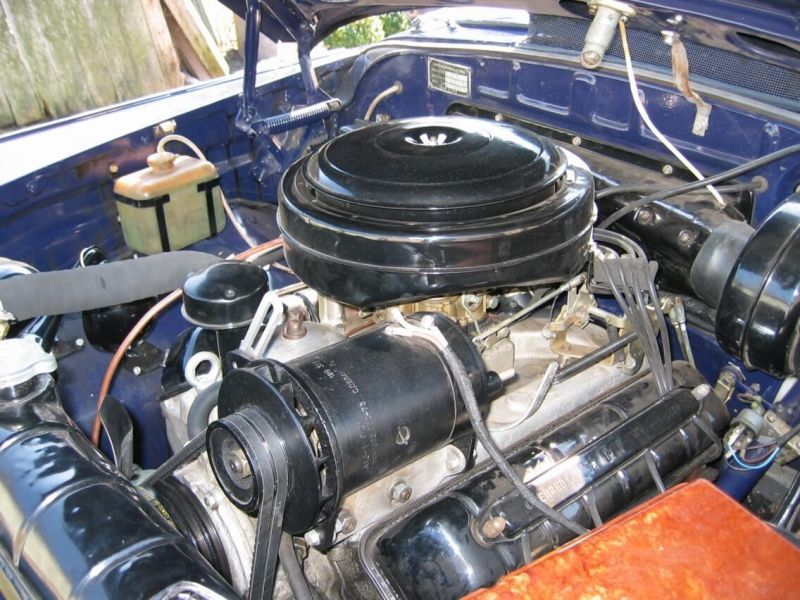 The machine was equipped with original cushions of the front support of the power unit, where both parts are the same (left and right). The base of the cushion has four holes and is connected to the four cylinder pins. GAZ 23 Volga engine turned out to be very powerful for those years.

GAZ-23 has a distinctive gearbox from the “Seagull”. The first one has mode control, the box shows the presence of a lever. The box itself is installed automatically and is hydromechanical with three stages. Switching is carried out by means of the lever on a column of a steering wheel.

Mode “E” allowed to switch gears in automatic mode from the 1st to the 3rd, depending on the speed of movement and the degree of pressure on the brake pedal. The harder the accelerator pedal is pressed, the faster the speed will be switched from one to the other.

The vehicle of special value received an independent lever-spring mounted on the pressed split cross member of the frame made of steel, the suspension mounted in front. The suspension itself was attached to the side members of the sliding frame with 10 bolts.

Between the suspension crossbeam and the frame, noise insulating gaskets made of rubber were installed. The front suspension has a system of levers that rotate on threaded joints, twisted cylindrical springs and shock absorbers of double function. There are also shock absorbers, which are installed inside the springs.

The rear mounted suspension has two longitudinal semi-elliptic springs, which work together with a pair of hydraulic lever shock absorbers of double-acting. A special sedan has received ten-leaf springs with a thickness of 6.5 mm.

The brake system is represented by simple drum mechanisms. Due to the increased weight of the car and its dynamic characteristics, minor improvements have been made to the pads and brake drums themselves.

It is very difficult to buy GAZ-23, as these models were produced in very small quantities. Basically, the models can be found from collectors, which could save the original appearance of the machine. In general, rarely will any of them want to sell this “pearl”. 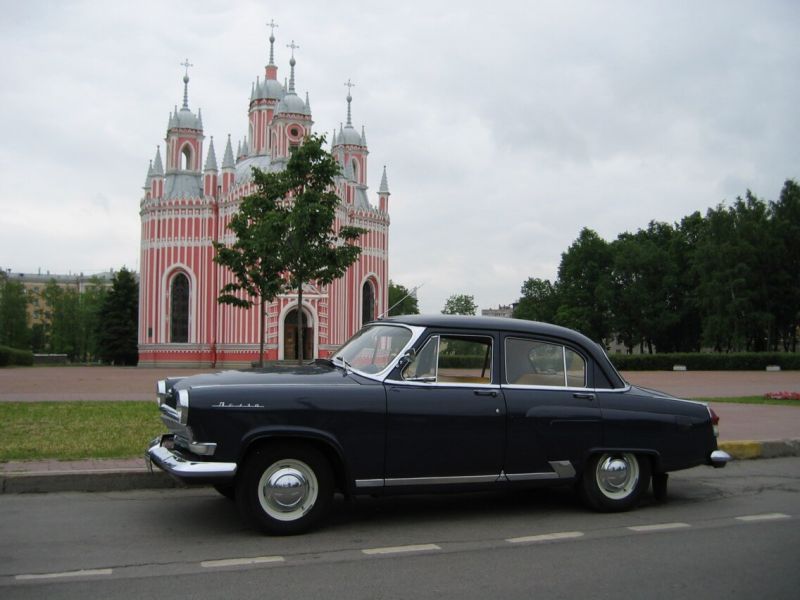 In general, the vehicle in the body of GAZ-23 sedan was not very strong and differed from its predecessor – GAZ-21. Except for technical stuffing, which is why it was created. And so, there are very few external differences, and only connoisseurs can distinguish the cars.

The sedan was designed for law enforcement agencies so that their vehicles could outperform their vehicles during the pursuit of offenders, which would increase the chance to catch up with them. Even today, such a power unit looks very powerful, and what can we say about the last century, when the car appeared? 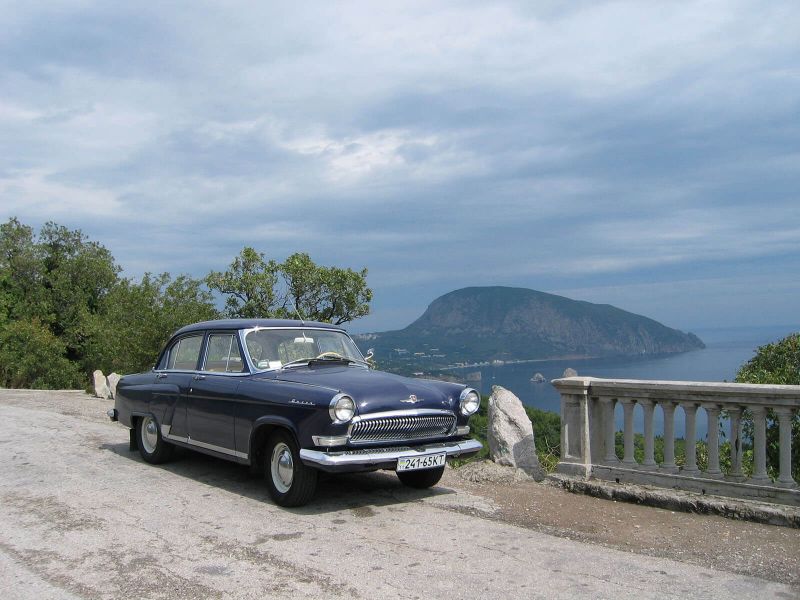 The first hundred was a special sedan to overcome in just 16 seconds, and the maximum speed was 160 km/h. Of course, the engine consumes too much fuel, but in those days, such a problem simply did not exist. GAZ-23 turned out to be modernized, beautiful and powerful.

Inside it was comfortable to sit, and the automatic box helped to gain speed smoothly. But it should be noted that today not many people know about the existence of such a model, so we hope that our article helped you to get acquainted with it at least a little.

We advise you to read the article: Dream car: how Volga was hardened 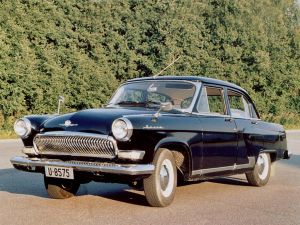 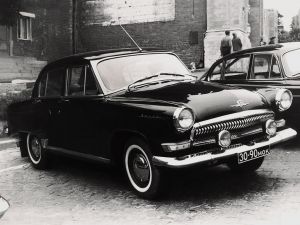 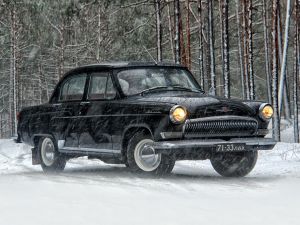 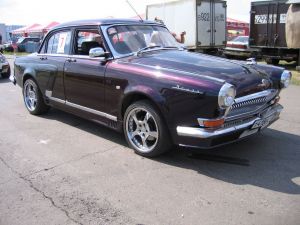 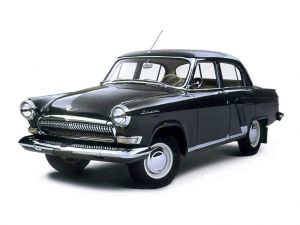 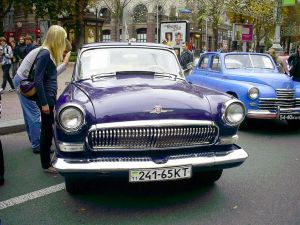 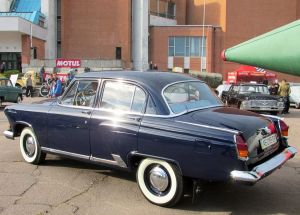 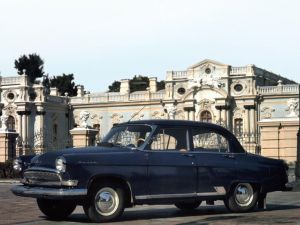 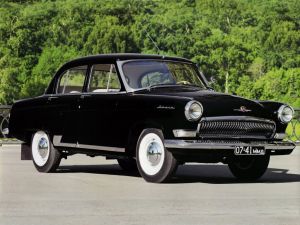