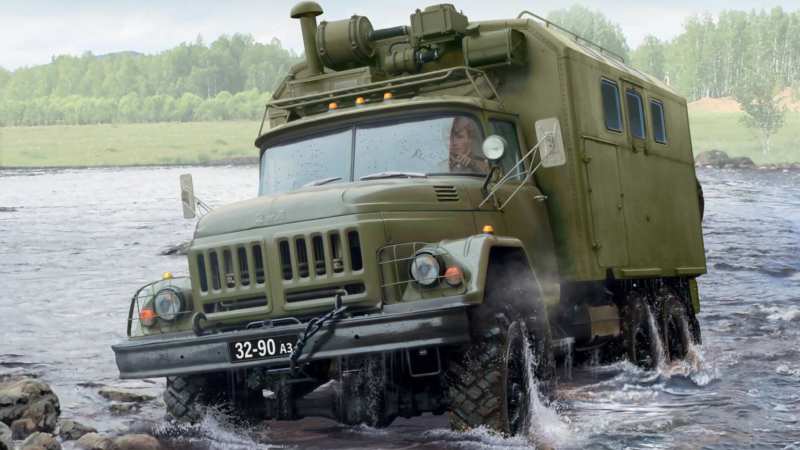 Legendary truck with military casserole – ZIL-131. History of the car, which embodied the task of the heads of the USSR, which continues to serve in various areas to this day. Technical characteristics in the tables and a description of the working qualities allow us to understand why the car has such a valuable reputation. The whole model range is ZIL.

In 1959, the worker of the Likhachev plant was set a goal to improve the production of models “130” and modification “131”. Such a call for productivity was conditioned by the twenty-first party congress, to be more precise, by the plan of the national economy development adopted at it.

To achieve the goal, it was necessary to have decent trucks. However, ZIL-131 was intended for a special economy – for military purposes. Previously, the Soviet Army had at their disposal ZIL-157, which by the end of the 50s was beginning to become obsolete. 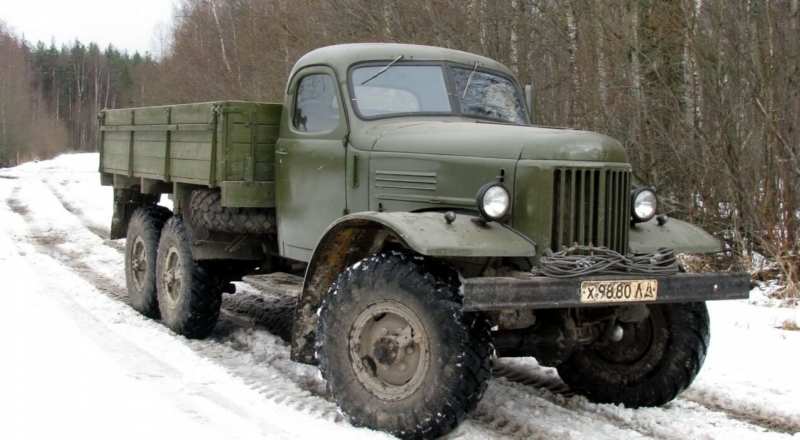 Despite the fact that prototypes of ZIS-130 began to be tested in the mid-50s, the machine was planned to be delivered to the conveyor only in 1962. Such a long period of time was partly due to a number of unforeseen situations, which, although not immediately, but successfully ended.

Later on, on the basis of this model ZIL-131 was developed. The prototypes of the military modification appeared in 1966 and almost immediately successfully passed all the tests. And so, in 1967, the Likhachev plant finally began production of the 131st model. 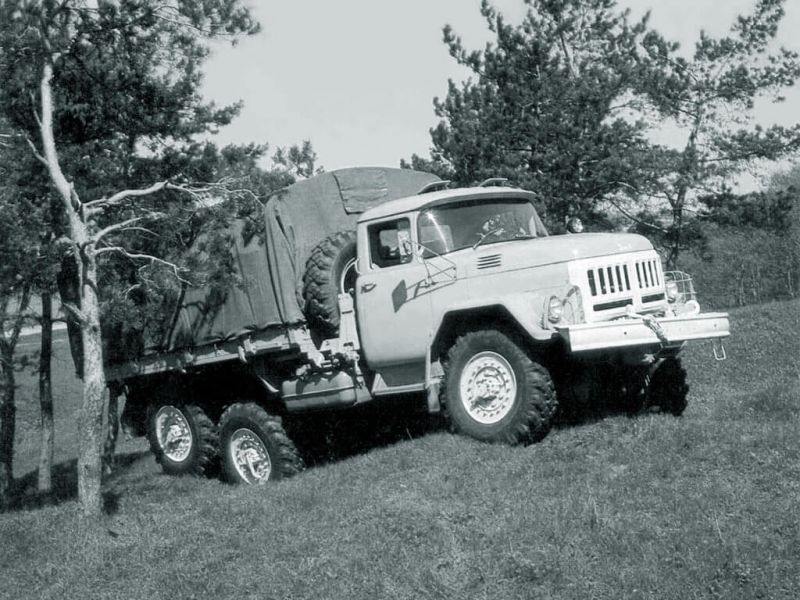 The machine’s performance and operational capabilities have been significantly improved over a relatively long period of testing. This was also facilitated by continuous improvement of the basic chassis of ZIL-130. As a result, the basic characteristics of the vehicle were improved, the cross-country ability and payload were increased due to the new frame structure and improved engine, the driver’s workplace together with the cabin acquired the first signs of ergonomics.

For the 1960s, these innovations for SUVs were enthusiastically adopted. Production did not stop there, and in 1986 ZIL-131 got a new engine, which allowed to raise the bar of ability and reduce the loss of resources in the operation of the vehicle.

Like most of its models, ZIL made a bonneted model “131”. The cabin was an exact copy of the “hundredrider”, but mostly all the samples were painted with khaki color. The design also remained all-metal. Having appeared impractical, the front part has been replaced, and again on ready, only now from ZIL-165. The curved wings and the clever shape of the grille were replaced by simpler but stricter elements.

In the 60s of the last century, this design was akin to a revolutionary, not to mention a comparison of the new model with the model “157”. During almost forty years, the appearance of the military truck was changing only in small details. Most of all, a new windshield is striking, which made it panoramic. 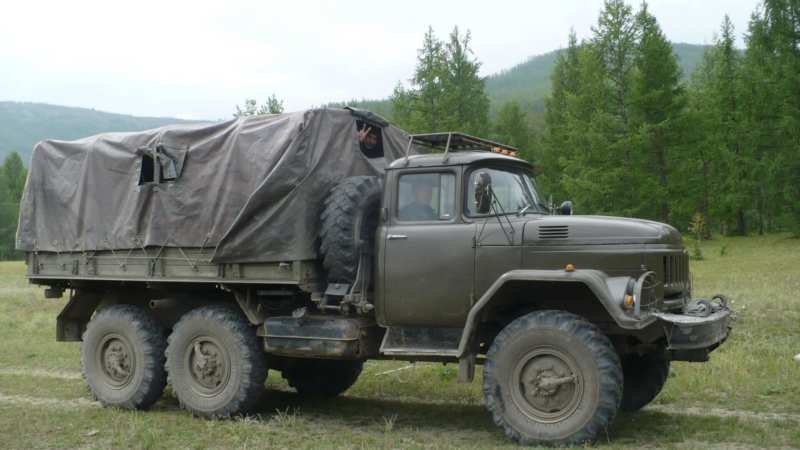 It was not advisable to hide the engine under the cab, as this had a negative impact on several factors: the access to the engine bay in the field deteriorated, and if the engine was damaged during the fighting, there was an increased danger.

Given the focus on military needs, the appearance was similar to that of another brother in the class – Ural-375. The country was one, and the enterprises were completely subordinated to the state. The main difference was the different solution of technical issues and engineering constructions.

The body had typical characteristics, with two folding benches and one removable bench on board. The sides cannot be tilted except for the rear, but this does not prevent convenient loading and unloading. Special arcs can be installed to stretch the awning. The structure of the vehicle allowed to install other modules instead of the cargo body, such as the field kitchen, medical station, radio station, missile launchers “Katyusha”, “S-125”, as well as civilian – arrow and cradle, fire truck.

Inside, it was convenient to stay at the expense of several innovations. The already mentioned windshield significantly improved the view in comparison with the previous version of “157”. Improved thermal insulation allows you to control the machine in the warmth, even in winter frosts.

The driver’s seat was separate from the double passenger seat and was adjustable in height, outreach and backrest angle. The dashboard has a minimum number of sensors that provide the driver with all the necessary information:

Only one of the controls is on the steering column – the steering lever. Large mirrors give a good view of the rear view, minimising the dead zone even with a trailer.

Since, first of all, the machine was designed to conquer the impassability of the road, the engine had to be powerful enough. Carburetor ZIL-5081 was perfect for this purpose, given that it was designed specifically for this machine.

Later, the unit was modified in the form of a start-up heater, built into the cooling system.

The clutch disc was equipped with damping springs to soften the transition of gearbox stages. The main difference from the ZIL-157 was access to only two rear axles, the front axle was automatically activated by a special electro-pneumatic drive.

A significant feature was the study of hermetic sealing and insulation. In the basic versions, the entire system is shielded and contactless transistor, which provides good work, even in the most difficult climatic conditions.

Accordingly, the screens minimized the presence of ignition interference, and the sealing ensured the resistance of the contacts to faults during ford overcoming. The devices were powered by a 12V battery and a special generator.

Front suspension is dependent, working on two leaf springs with sliding rear ends. Shock absorbers are also used. As for the rear suspension, there is a balancing one, on two springs with six bars. Brakes are represented by a system based on drum mechanisms and pneumatic, as well as mechanical drive.

The ZIL-131 car, as well as the majority of Soviet vehicles of the period from the 50s to 70s has a unique chassis that allows you to create the necessary modifications without unnecessary complications. Technical characteristics allow all systems to work in the most extreme conditions, demonstrating its reliability. The truck was used and is still used not only for military purposes, but also for civilian needs. The appearance of the truck does not contribute much to the current existence, because its simplicity and availability of all necessary things has been hooked up in the years of its creation, as well as now.

Despite the clear advantage of ZIL-131 over ZIL-157, the second one was produced for another 20 years after the heir appeared.

The negative quality is the gradual aging of the model. Higher and higher requirements and more complex tasks are appearing. In this connection, in 2002 ZIL-131 was withdrawn from production. Also work on gasoline makes this machine extremely uneconomical, and diesel versions are almost unrealistic to meet. Price issue will be a minus for some people and a plus for others. ZIL-131 with low mileage and in good condition can be bought within a radius of 160-270 thousand Russian rubles. Various modifications taking into account the cost of the module can reach the price of 600 thousand rubles.

A special installation allowed to maintain autonomous heating, which worked by burning the working fuel.

From 1967 to 2002, 35 years passed. During this time, the model under consideration has been improved many times, which has had a positive impact on its performance. As a result, the model “131”, created at the Likhachev plant, received the highest award for the product – the USSR quality mark.

Despite the end of production and replacement with newer prototypes, ZIL-131 is still found on the roads of the post-Soviet countries. Cars faithfully serve in various spheres of the economy, embodying the plan set by the Congress of the Communist Party of the Soviet Union back in 1959. 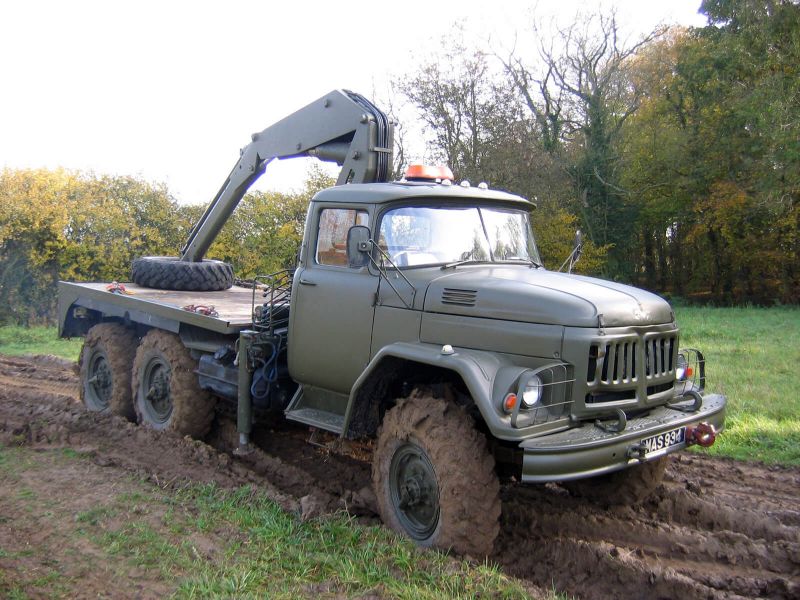 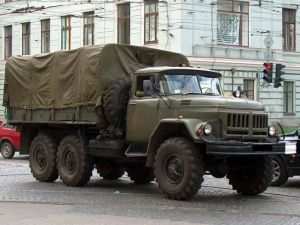 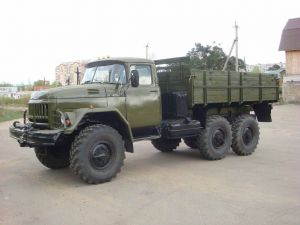 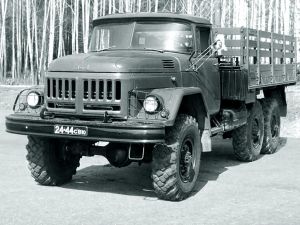 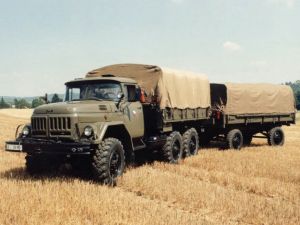 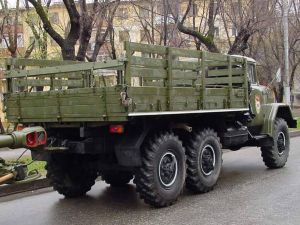 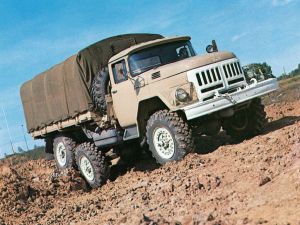 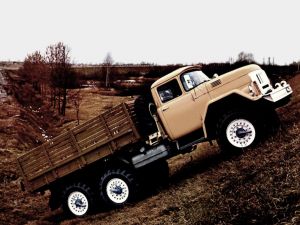 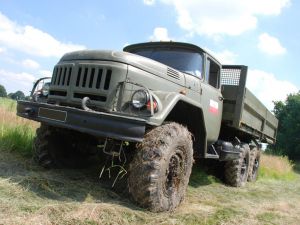 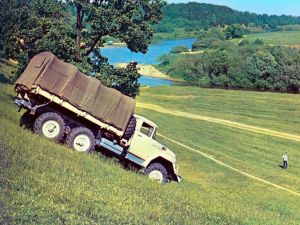