Geneva’s finest cars: An excursion into the past 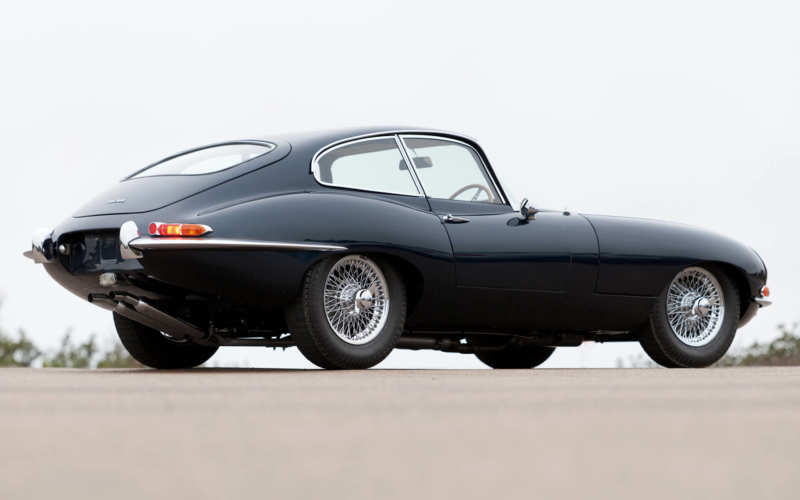 The annual Geneva Motor Show is considered one of the most prestigious. What can I say, Switzerland is not only a place of chocolate, banks and lakes, but also a place of the most famous exhibition in the world.

How it all started

It turns out that the Geneva Motor Show is more than 110 years old. It all started in 1905. Then Salon International de l’Auto took place in Geneva. It was not yet possible to build a pavilion for exhibitions. Even then, the real star of the exhibitions were Clement-Bayard cars. Their production was carried out by the famous French designer Gustav Adolf Kleman-Bayar.

In addition to cars, the Frenchman produced tires. The model range of “Clements” included three cars with the capacity from 9 to 16 horses. Later the trucks increased their power up to 60 hp and got 4-cylinder engines. In 1922, the company was taken over by Citroen. 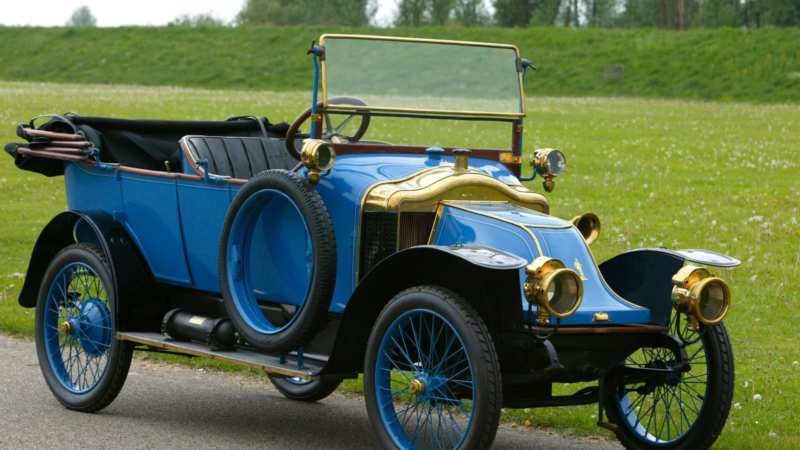 Maybach Company is famous for its representative cars. In the 30’s everything was the same – in Geneva Maybach declared itself as a brand that can produce cars Reprasenationswagen. A typical representative of that time is the Maybach Zeppelin. It was named after the popular at the time zeppelins.

The first successful model was the DS7, which was equipped with a seven-liter V12 engine with an unprecedented output of 150 hp. It was possible to accelerate on a premium-class machine up to 150 km/hour. This immediately attracted the attention of the rich public. 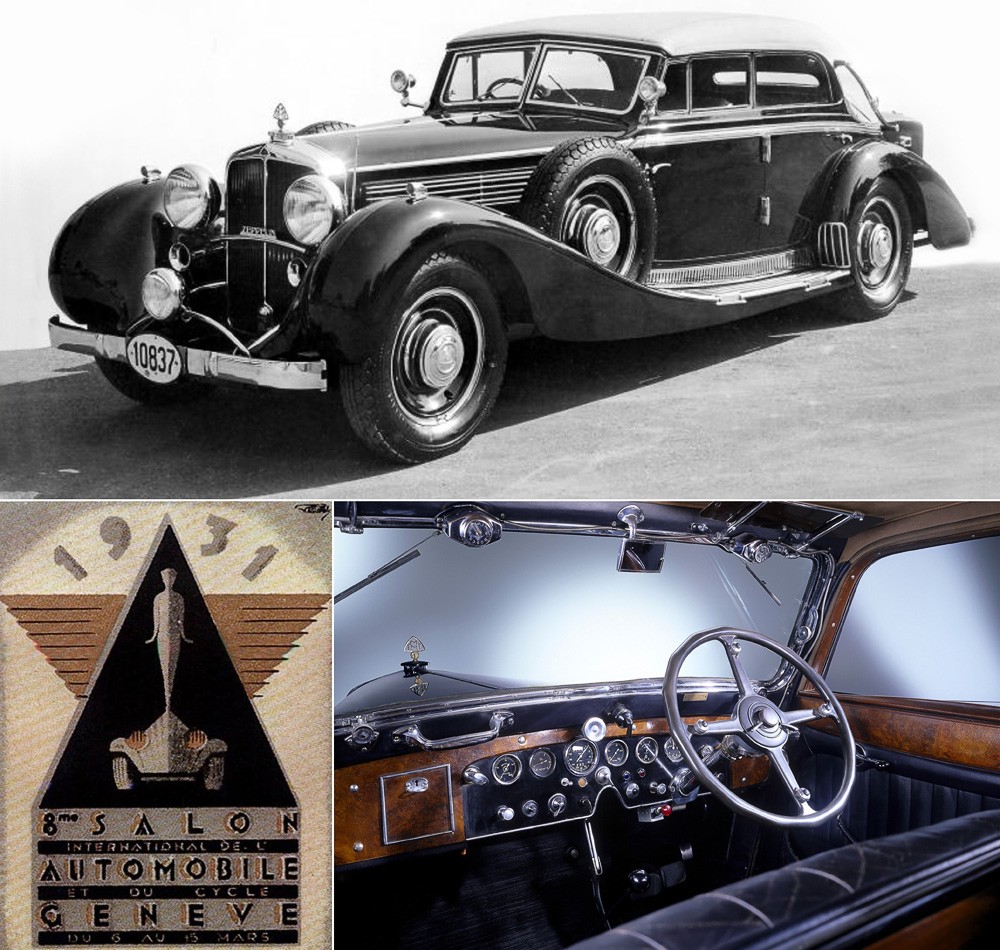 At the same time, a modified version of the Maybach Zeppelin DS8 with seven-speed transmission was presented. The first car owners were rich, kings and princes. For example, the lord of Ethiopia Haile Selassie and the Prince of Holland Bernard. One interesting nuance.

“The Maybahs of the 30s were incredibly heavy and weighed 2800 kg. Because of this, car owners had to retake their license, but already to drive trucks. What can you say here, beauty is always in need of sacrifice.

World War II made its own adjustments, and the Geneva Motor Show was not held. Switzerland had a neutral status in that war, but you will agree that when this happens in the world, hardly anyone will think about cars. But in the post-war years, the exhibition again played with colors.

The unusual Studebaker-packard car contributed to further development and popularization of the showroom. Imagine a body made of carbon plastic, which makes the vehicle look like a rocket, a steering wheel with several gyroscopes and even a nuclear engine! Almost a car from the series about the Jetson family. 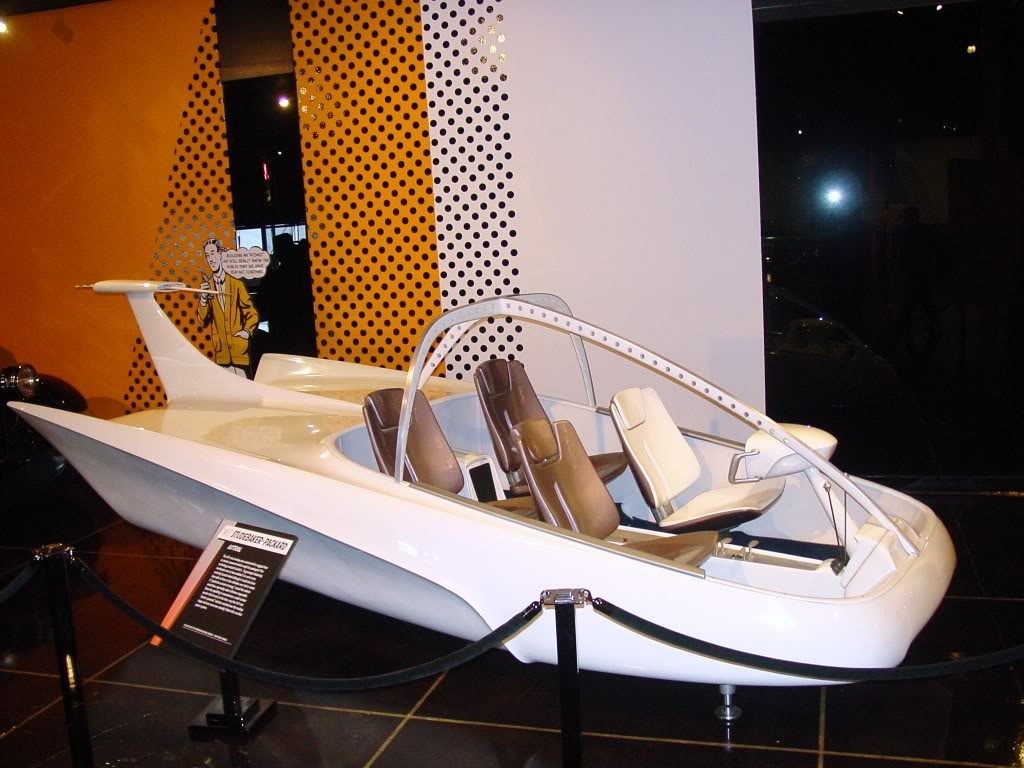 It is quite logical that the fantastic idea proved to be absolutely unrealizable. That’s why it “bent” in the same year. It took 30 years to find the legendary Studebaker. Today you can see the “rocket on wheels” in the U.S. in the museum.

But the model “Jaguar” shown in 1961 almost instantly won the hearts of hundreds of thousands of motorists. The car was pumped with a 3.8-liter gasoline engine, which concealed the power of 265 horses. It had a fantastic appearance and was quite affordable. Subsequently, buyers realized that the space in the cabin is not enough, and the seats are not the most comfortable.

There were some problems with ventilation as well. Another disadvantage was the incredible consumption of oil (800 ml for every hundred kilometers). However, 70 thousand customers could not stop even these facts. 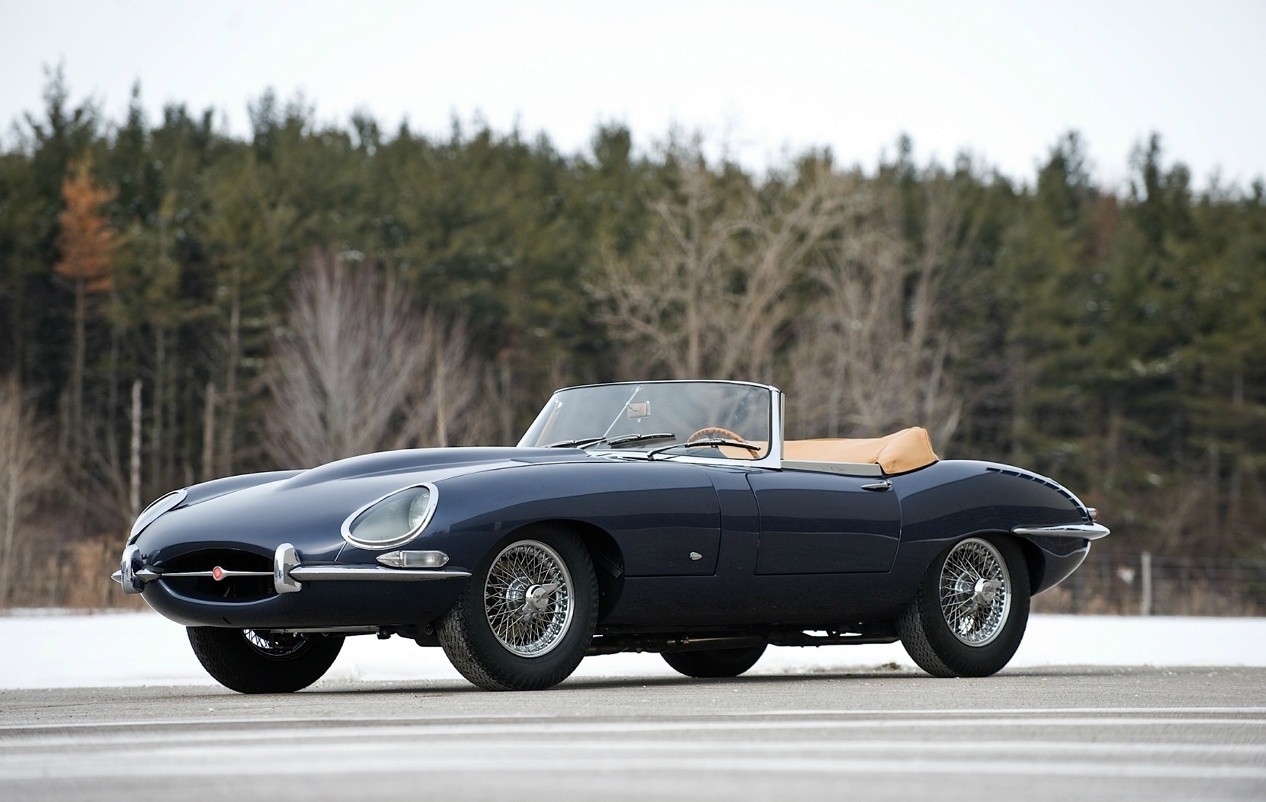 After 2 years, the audience was shown another car that completely turned over all the ideas of comfort. It is the Mercedes Roadster, also known as the W113. The novelty was pumped with 2.3-liter gasoline V6 with a capacity of 150 “horses”. Some elements of the car were made of aluminum, which reduced its weight (hood, doors, boot lid).

The decoding of the SL as “super-light” proved itself. Interestingly, the W113 was the first Mercedes-Benz to be equipped with a 4-speed automatic system at the customer’s request. Another interesting nuance is that the novelty became the first sports car, which was designed according to the requirements of passive safety. 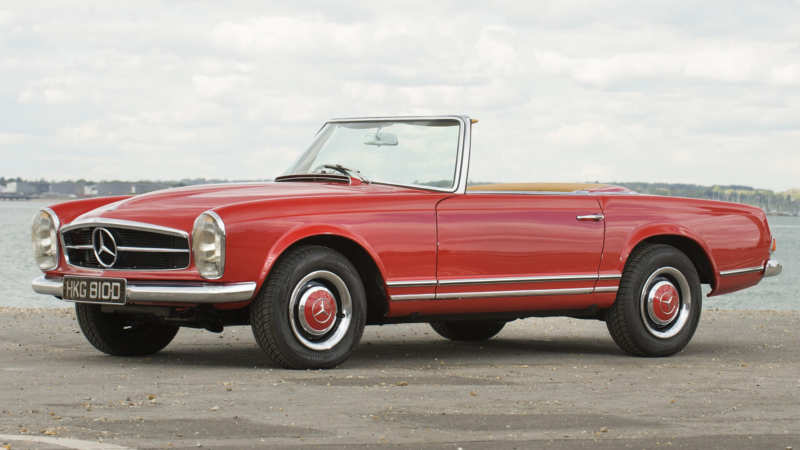 There’s a buckling zone. In the event of an accident, the steering wheel no longer caused any dangerous injuries, and the sharp corners of the front panel were also removed. The roof of the car was easily folded if necessary.

In 1970, the world learned about the existence of the new car brand Range Rover. In Geneva, the first presented Range Rover was not a luxury car. It differed rather modest interior and simple appearance. Naturally, there were no leather seats or wood finishes. 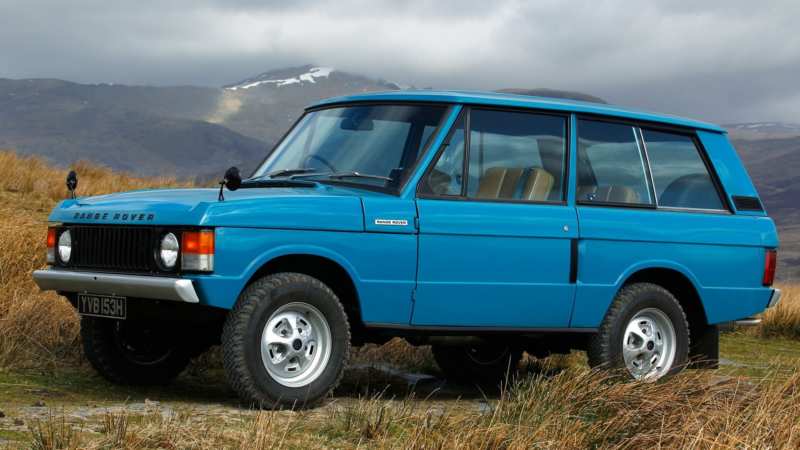 We’ve bypassed the supercars, we’re getting better! In 1995, the Ferrari company presented a magnificent model F50 in honor of its 50th anniversary. For its creation the “formula” engine of 91-92 year was used, adapted for driving on usual roads. The output turned out to be quite a worthy unit with a volume of 4.7 liters, rated at 520 hp. It worked in conjunction with a six-speed transmission.

The result was more than successful: the Ferrari F50 accelerated up to 100 km / h from the spot in just 3.8 seconds, and 200 km gained in 12.9 seconds. The maximum was 325 km/hour. Naturally, the car was not cheap. Almost half a million dollars were asked for the basic equipment. 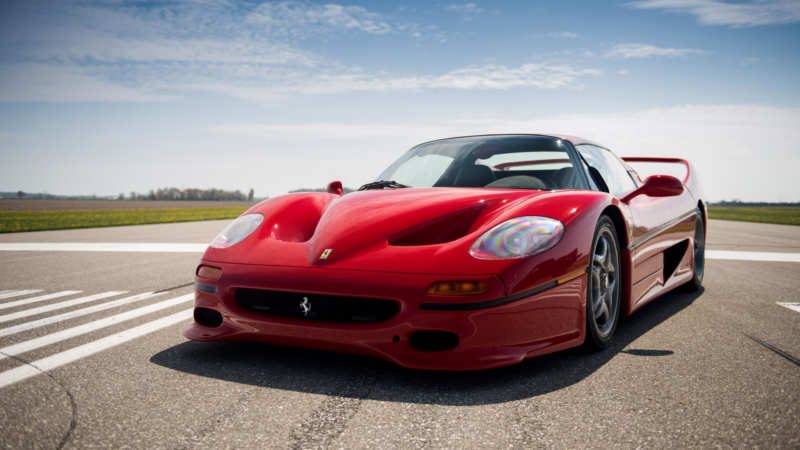 Even taking into account modern realities, this is a lot of money, not to mention the 90s. There is no doubt in the uniqueness of the sports car – Italians have produced less than 350 cars.

This is the Ford Focus

Also presented in Geneva, Ford was the most popular car in the world. It was presented in 1998. The novelty became the third after Ka and Mercury Cougar model, which embodied the innovative style of the time New Edge. In European countries, the car was offered with gasoline engines with a volume of 1.4-2 liters and two 1.8 liters diesel engines.

Talk about all the advantages of Ford Focus, this is the subject of a separate article. Let’s note only one thing – the car became an ideal combination of unsurpassed quality and reasonable price. Probably, thanks to it the Ford of II generation has won fame of a “credit car”. 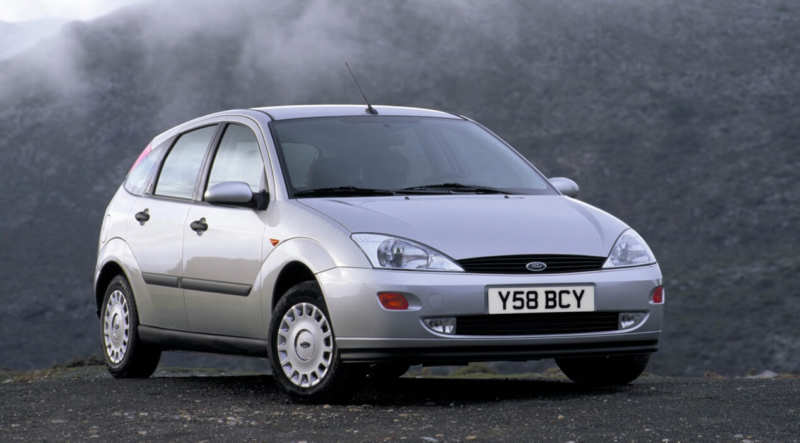