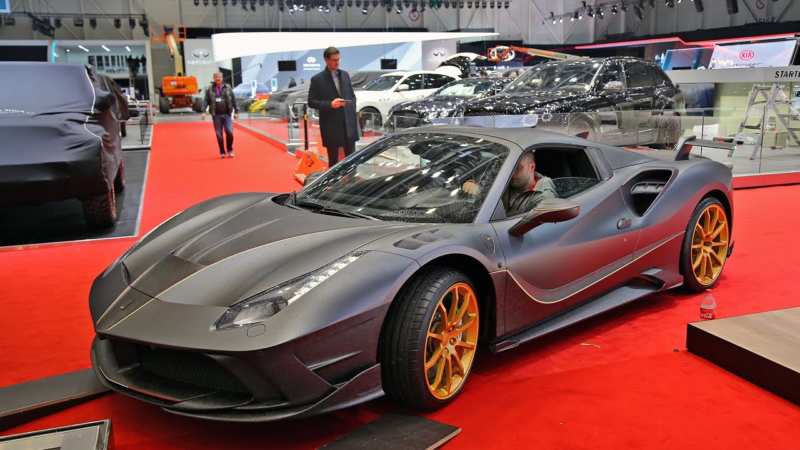 We can’t get past the Mansory tuning agency. At least because the guys are unrealistically expensive and cool. 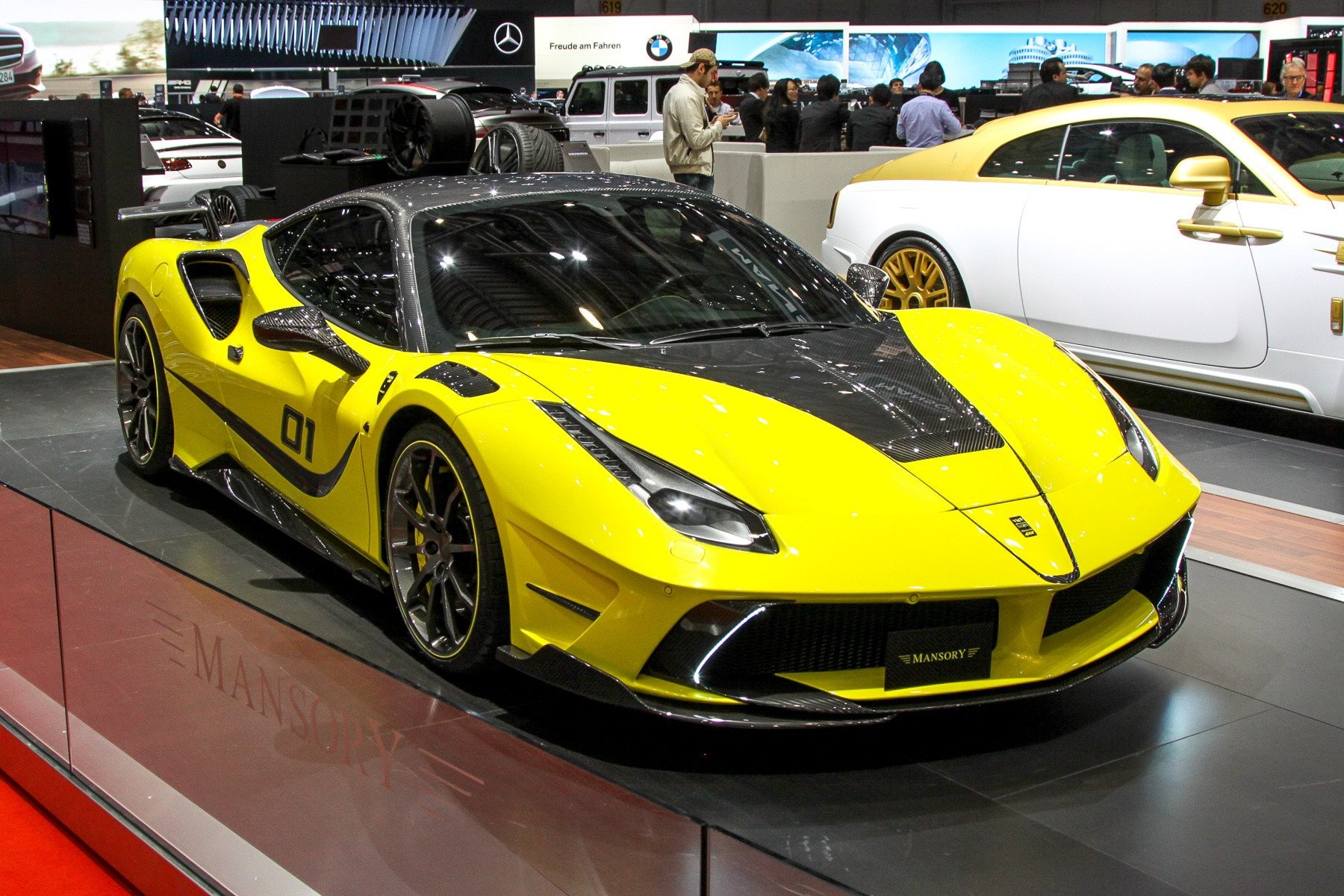 In Geneva, the guys managed to show a whole tuning parquet for the sports Ferrari 488 GTB. The front part of the car has undergone significant changes, there was a rear spoiler and carbon sills. In the salon there was a place for elite leather with a stitching of yellow color.

Yes, and the power has increased by 120 horsepower – 790 hp To conquer the first hundred, the machine requires only 2.9 seconds, the maximum speed is 340 km / hr. Traditionally, the car received a new name Mansory 4XX Syracuse.