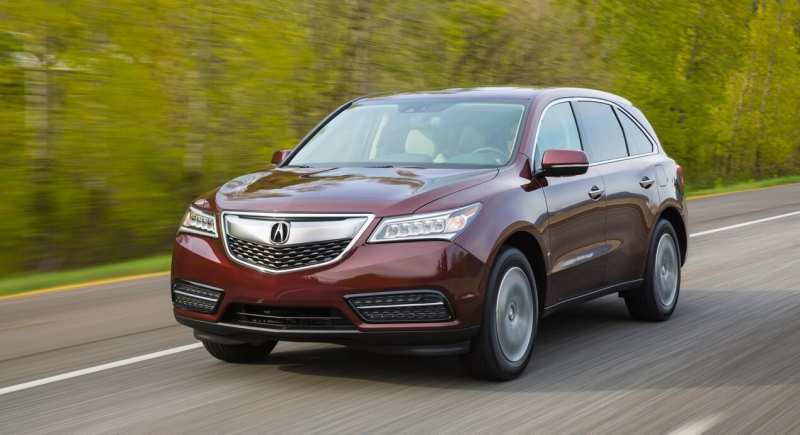 Acura MDX is a premium crossover, medium size, which is produced by Honda, and since 2001 the brand Acura. He made his debut at the international exhibition in Detroit in 2000. A total of three generations of this car were produced. The latest generation has been produced since 2014. The whole model range is Acura.

The appearance of the new version of Acura MDX crossover 2016 is amazing. And, although the model does not look much different from its predecessor, its appearance still looks in a sporty style, with rapid and elegant shapes. Moreover, it is perfectly complemented by the harmonious design elements in the form of a new front optics with LEDs, and a fresh shape of the grille.

The radiator front grille has a V-shaped construction, which was made of a wide strip of chrome. The front mounted light-amplifying optics appeared in front of us in the form of sharp-angled headlights with four corners and lines of daytime running lights made of LEDs, which are located at the bottom of the fog lights. 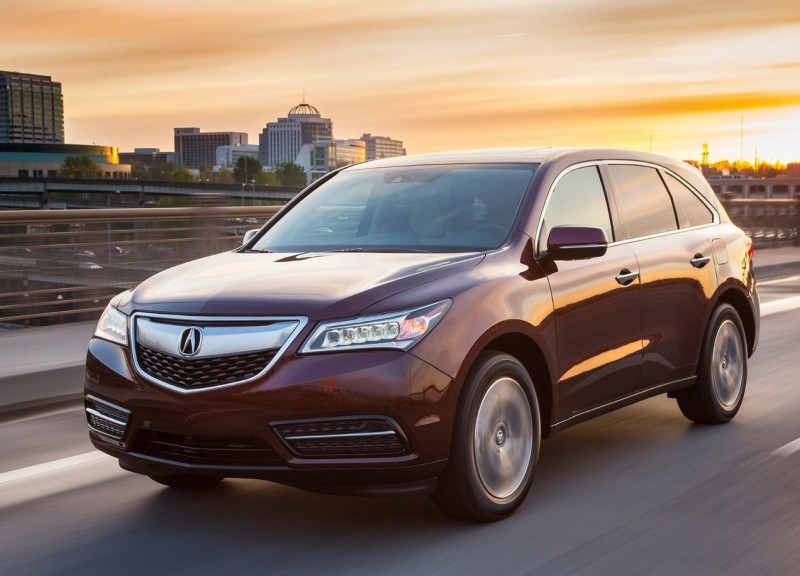 And the bumper got a beautiful and graceful rib in the form of a semicircle and a small air inlet. If you pay attention to the side of the Akura MDH 2016 crossover, the quality of sportsmanship and power are also felt. Moreover, there are notes of originality and presentability. The shape of the side mirrors has undergone minor changes, and now they look more accurate.

The line under the window goes horizontally on the surface. On the doors, from below you can see the rib of the stamping. As for the rear of the car, there is a neat bumper, large headlights that cut the luggage door and a large spoiler, which was installed at the top of the rear window. Even the back of the car hints at its sporting qualities. 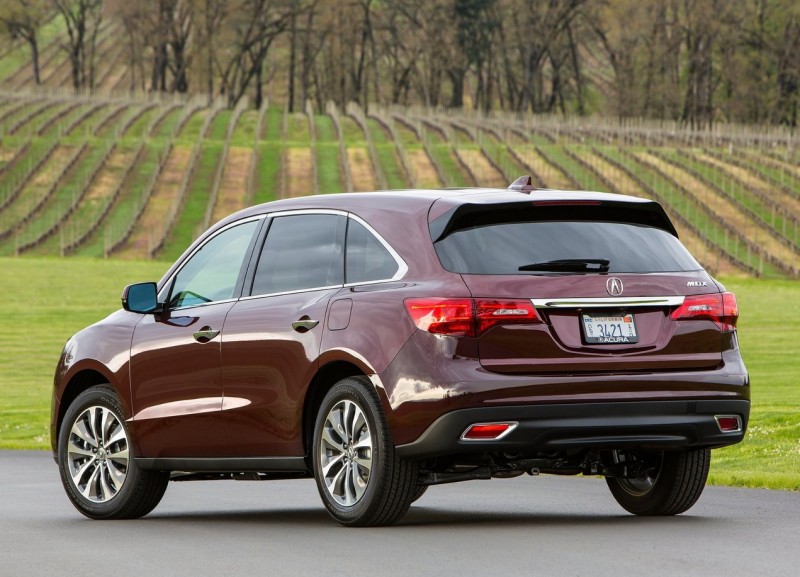 As many people already know, the Acura MDX 2016 crossover has seven seats for people. The last, third row is not conditional. It has enough space for a medium build pair of people or three children who will not feel any discomfort.

The middle row of seats looks not like a sofa, but as separate seats, between which a flat pillow has found its place, a good armrest, which provides comfort to passengers on the sides. When the armrest is raised, it will be extremely difficult for three people to fit there. Finally, the front seats have good lateral support and excellent lumbar support. 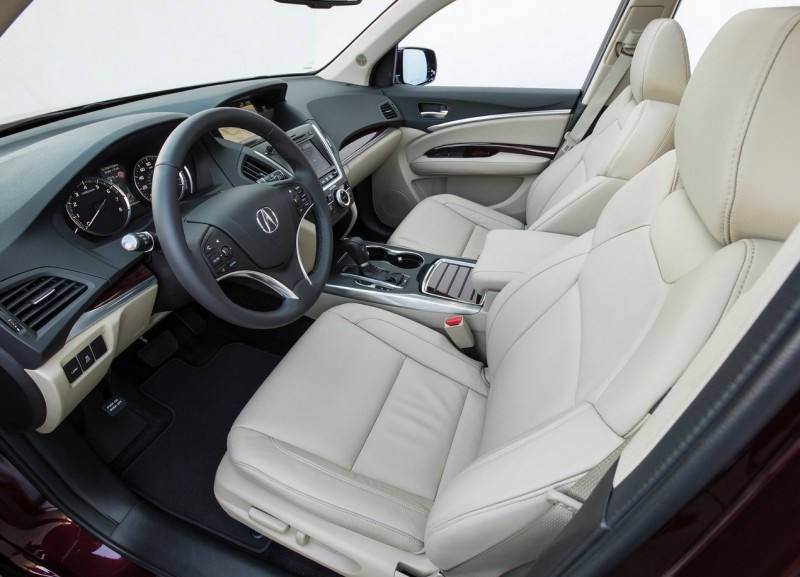 In general, getting into a car on any row is quite easy, which provides a good wide door. The interior looks luxurious – here and expensive materials of furnish, excellent assemblage, attractive design and well thought out ergonomics.

In front of the driver is a three-spoke steering leather wheel with different settings, which is convenient and pleasant to drive. There are also a couple of big screens, which found their places on the central console. They are designed to provide the driver with the necessary information. 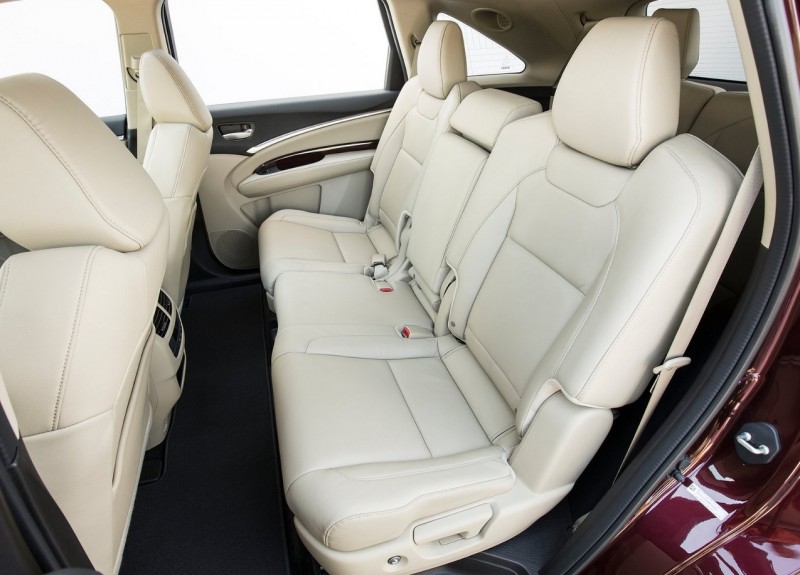 The instrument panel features a tachometer and a speedometer with a large round scale. To the right of the driver, behind the gearshift handle are two comfortable cup holders. The volume of free space in the luggage compartment is 234 litres. If you add up the third row of seats, its number increases to 676 liters.

If necessary, you can fold the middle row, in this case you will have at your disposal a whole 1344 liters of useful space. The floor will be completely flat. A nice little thing – the luggage door opens with a special button on the keychain, which is very necessary for our conditions in Russia. It costs such a body on alloy wheels, 19 inches in diameter.

The comfort inside the car is a responsibility:

The third generation of the Acura MDX 2016 crossover comes with the same V6 gasoline engine, 3.5 litre capacity and 290 horsepower. However, now it is synchronized with the new automatic transmission with 9 ranges, which turned out to be 30 kg lighter than the previous 6-speed gearbox. 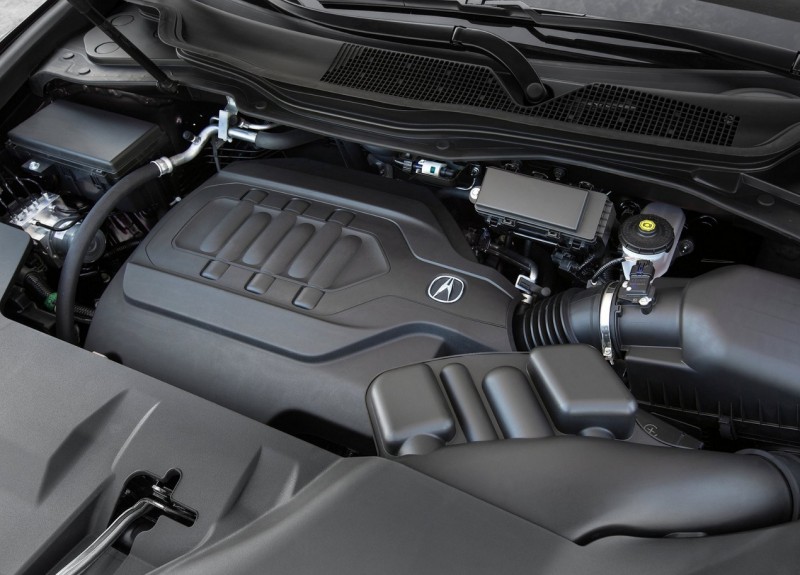 Now it can switch speeds up to 25% faster. Moreover, you can select the modes using special keys, which made it possible to get rid of the standard lever located on the center console.

The SH-AWD all-wheel drive system has been upgraded to optimise traction control settings and lose 8.6 kg in weight. As for the chassis, it was decided to install McPherson suspensions at the front and a multilever system at the back.

On the issue of safety, the car company took a special approach. All 7 seats have headrests and three-point safety belts. Each airbag has a complex opening system. The seat-belt pretensioners operate in the debut milliseconds of impact to automatically tighten the front straps and help hold the passenger firmly. To avoid overpressurizing the chest, the parts that are responsible for limiting the load, if necessary, can slightly loosen the belt tension.

Moreover, the service is able to recognize whether a person is too tall or too tall for AirBag, while disabling the operation of the pillow, if necessary. With a moderate to severe side impact, the SmartVent side cushion in the front will be opened to protect the upper body of the driver and the passenger sitting next to him.

Also, the car Akura MDH comes with features that are designed to ensure the safety of children. This includes everything from the original locks for child seats to windows and hatches that have a pinch-resistant function. The chairs on the second row are equipped with LATCH locks (lower locks and belts for children) and ISOFIX child seat mountings, which allow you to pontoon child seats without the use of seat belts.

The 3rd row of seats has been provided with locks for installing child seats and it is necessary to use seat belts there. Also, the cars have a system that can always monitor the speed of the car, the position of the throttle valve, the speed of each individual wheel, steering angle and side overloads. 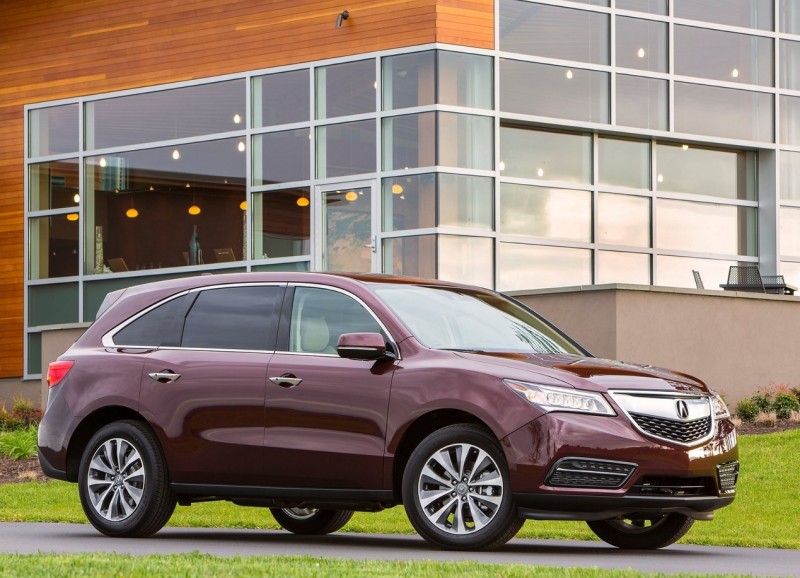 If the system detects potential over or understeerability, VSA will reduce the torque of the engine and use the ABS to operate the braking system on each wheel when necessary to level the trajectory of the machine. However, initially, the SH-AWD service will come into operation, which is able to redistribute the traction between the front axle and each rear wheel separately.

The feedback from the service is so fast that the loss of stability while driving can be compensated for before the driver notices the situation. To reduce the probability and severity of the frontal impact, the ADVANCE modification includes the Collision Mitigation Braking System, which is able to determine the distance and speed mode of objects that are approaching directly to the car, with the help of the functioning of the radar, built into the radiator grille MDH.

This will reduce the vehicle’s speed and reduce the impact force. The main task set for the CMBS system is the actual warning of the driver, so that he can use the braking himself. Only emergency braking will not be enough to avoid impact.

In the Russian market, Acura MDX 2016 crossover will be delivered in two fixed variations. It will be a modification of Techno, which is estimated at $54078 with a gasoline 3.5-liter V6 and 290 horses and an automatic transmission with 9 ranges and Advance with the same gearbox and powertrain, only for $61237. 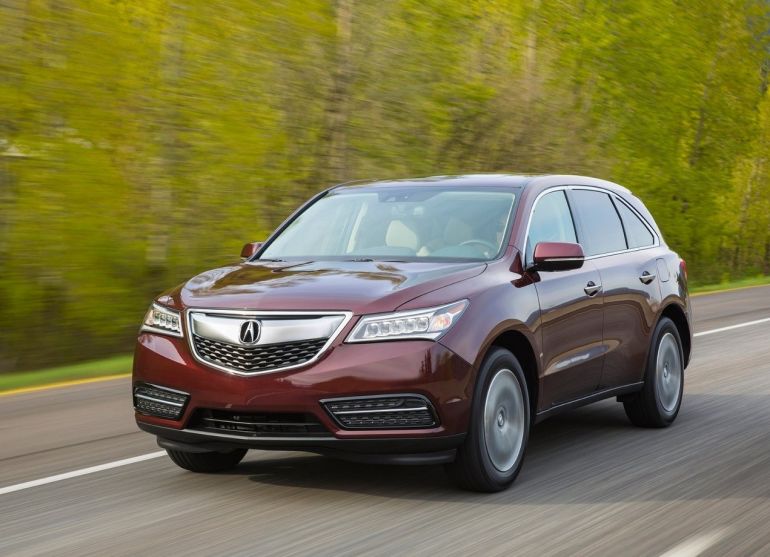 The equipment is famous for its Siri voice recognition system, rear view camera and comfortable seating, which moves the driver’s seat 35 mm back when the door is opened. There is also an AcuraWatch safety system, the content of which includes monitoring the marking on the road and holding the selected lane.

It also controls blind spots, adaptive cruise control with automatic braking options and side impact warnings. Do not forget to install and system ABS, help at the start, immobilizer, a new brake system and 8 airbags.

In conclusion, it should be said that the Japanese Acura MDX 2016 crossover has been updated very successfully. Its appearance is very interesting, fresh, attractive and even a bit sporty. The design staff worked for the glory, which allowed to increase the number of customers.

The salon retained its quality finishing materials. The leather three-spoke multimedia steering wheel and a couple of displays designed to help the driver on the road were nice. Three rows of seats will allow you to buy this car for a large family. 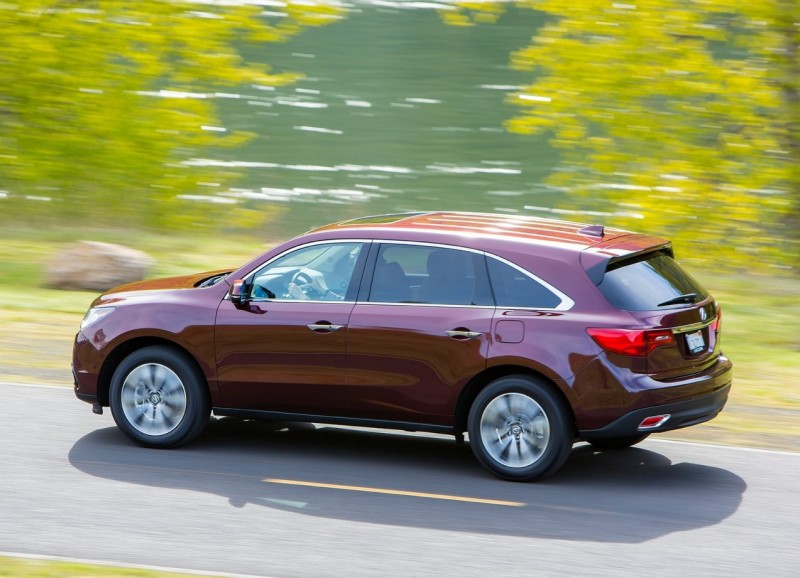 We advise you to read the article: History of Acura