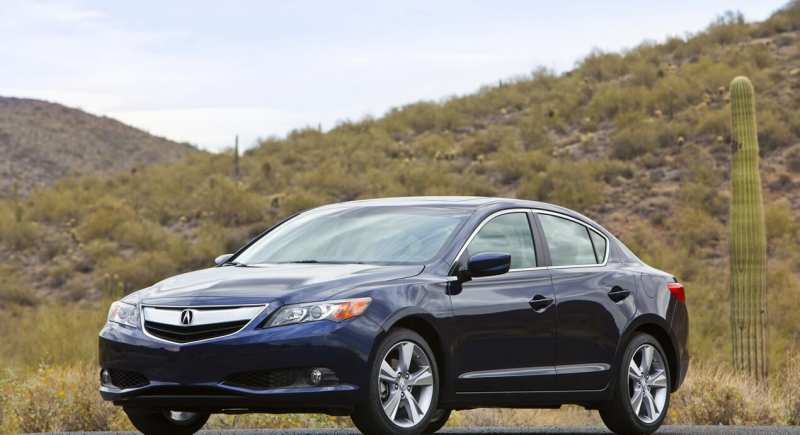 Acura ILX is a compact, prestigious Acura car, which is a division of Honda luxury cars. In his family he came to replace the Acura CSX. Like the last brand, the new prestigious sedan is closely intertwined with the generation of Honda Civic. However, despite its “kinship” with Civic, the car has acquired a fresh design. Production of the car was started in 2012 and continues until now. The whole model range is Acura.

Despite the already existing concept, the production of the serial car Acura ILX sedan was retailed with a modified front and rear bumper and a new design approach to the appearance of wheel rims. However, already at the Los Angeles Motor Show in 2014, the world presentation was received by ILX 2016, which acquired a radically different component on technological issues and a modified look, as well as an improved interior. 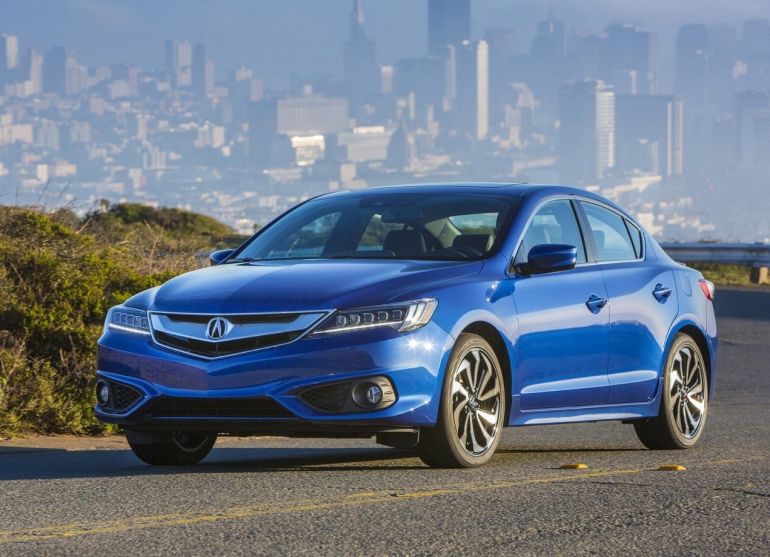 On the outside, the new model is not so hard to recognize by the slightly modified radiator grille, located in front of the Jewel Eye optics with LEDs and corrected rear lights. Moreover, the Japanese sedan began to produce a styling package A-SPEC, which includes the presence of a spoiler, overlays on the sills, fog lights and wheels with an original design, diagonal 18-inch. The whole car has become more aggressive and sporty youthful.

The prerestyling version of Acura ILX sedan could boast a very high quality upholstery in the interior and a good arsenal of basic equipment. Such equipment included Pandora Internet radio, a strong audio system with 10 speakers on board and the option of voice reading and texting. After the release of the updated version of the car Akura ILX sedan 2016, the list of widely available variations in the finish and design of the cabin, was significantly increased, as well as workers worked hard on the level of noise isolation, now it is very pleased. 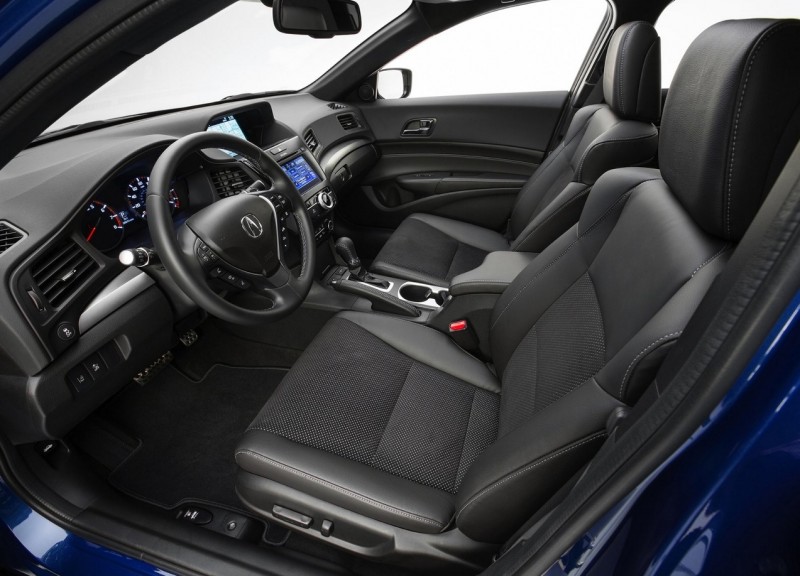 This has been achieved by installing thicker windows on the car doors, increasing the number of noise absorbing materials and the presence of Noise Control. A-SPEC features include perforated suede armchairs, aluminium pedals, red dashboard lighting and a black interior colour scheme with a pleasant grey stitch. 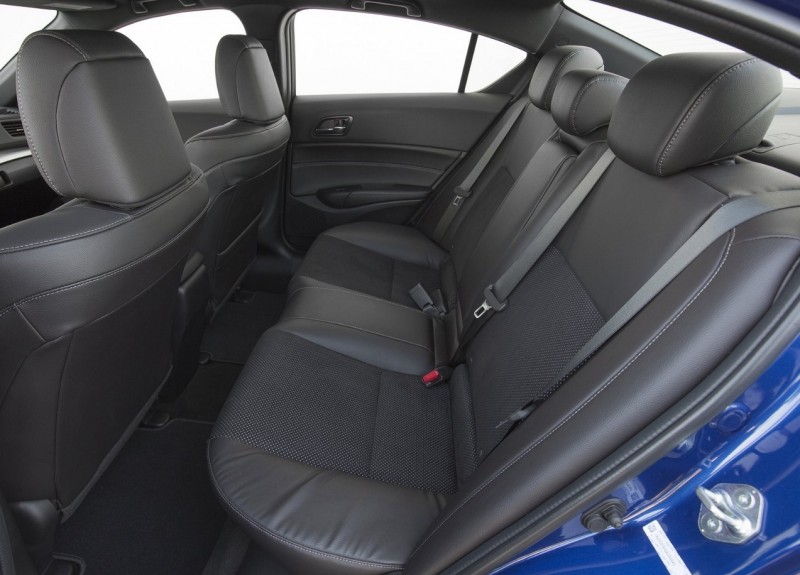 Manufacturers have noticed that the main multimedia tool has acquired more than 50 upgrades designed to improve its functionality. For example, the Tech Plus modification has a 3-nd screen, which is placed on the dashboard between the speed sensor and the sensor of the speed of the power unit. Also, a couple of displays of ODMD system found their place – the upper one got eight inches, and a little lower is the screen with a diagonal of 7 inches and support for touch input.

Before the upgrade of the Acura ILX sedan 2016, the company installed a pair of gasoline engines, a 2.0-liter capacity with 150 horsepower and a 2.4-liter capacity with 210 horses as engines. The weaker, two-liter engine is synchronized with a five-speed automatic transmission, and the more powerful engine with a six-speed manual transmission. 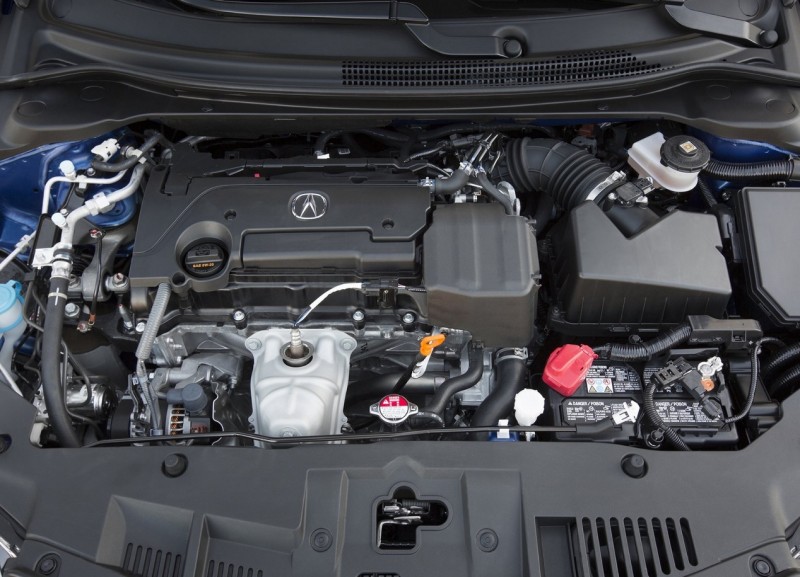 A little later, the novelty began to be produced with a hybrid type power plant, which included a gasoline engine with 111 horses and a volume of 1.5 liters, and an electric engine and a variable transmission. After restyling, Acura ILX sedan 2016 received only one gasoline engine, volume 2.4-liter, which was copied from the older brother Acura TLX. This motor is capable of developing 204 horsepower. The torque is transmitted to the front wheels by an 8-range robot with a pair of clutches and a torque converter.

The prestigious Acura ILX sedan 2016 was launched in the United States of America in early 2015. For the car in standard configuration will have to pay $29194, which is basically taking into account the luxury of the Japanese not so much. The standard modification includes electric front seats, moreover, the driver’s vision has the option to remember 2 positions, as well as three displays, one of which (7-inch) is touch-screen, and the 8-inch above it serves for the navigation system. 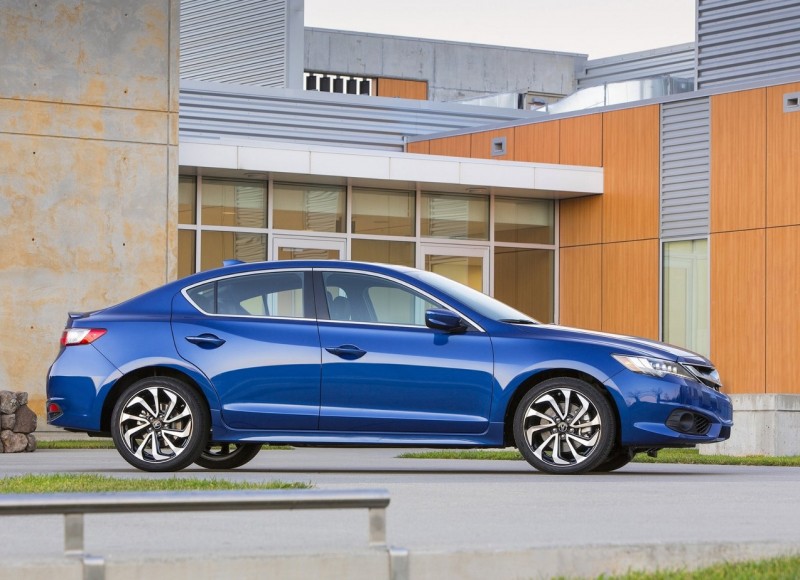 The third and smallest one is mounted on the dashboard between the tachometer and speedometer and serves to inform the driver about the condition of the car. Moreover, there are AcuraWatch safety systems with adaptive cruise control, video camera for reversing.

The updated sedan, a prestigious class of Acura ILX sedan 2016 can be called a successful update of the Japanese company. Its appearance has become more stylish and sporty, but at the same time with the predominance of smooth lines on the body. The front optics is very original, and the unusual shape of the wheels only complements the restyling of the sedan.

The salon has acquired two newer displays, one of which is touchscreen. The quality of interior decoration has improved significantly. The lack of choice of power units for the needs of different drivers is a little bit upsetting, as there is one engine with no alternative. 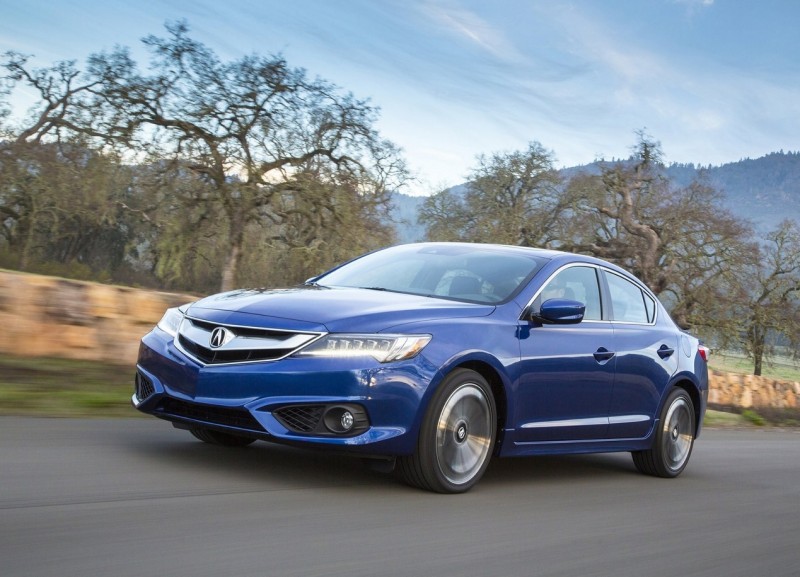 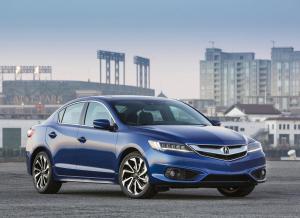 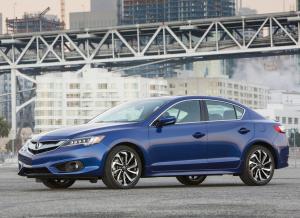 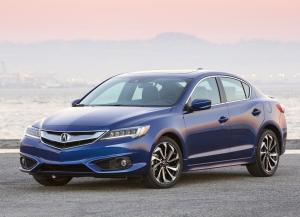 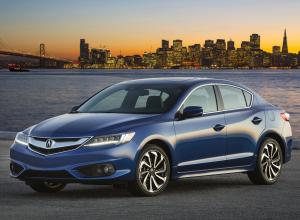 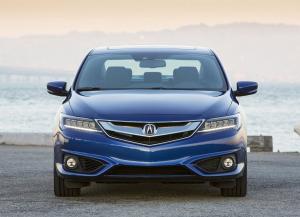 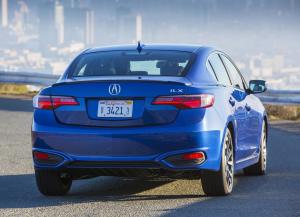 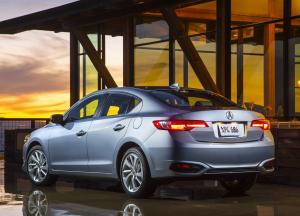 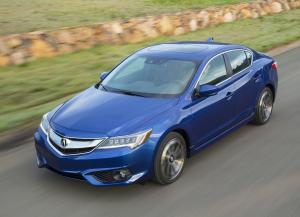 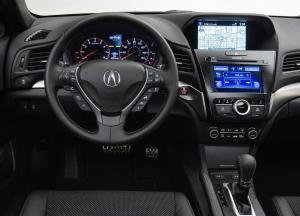