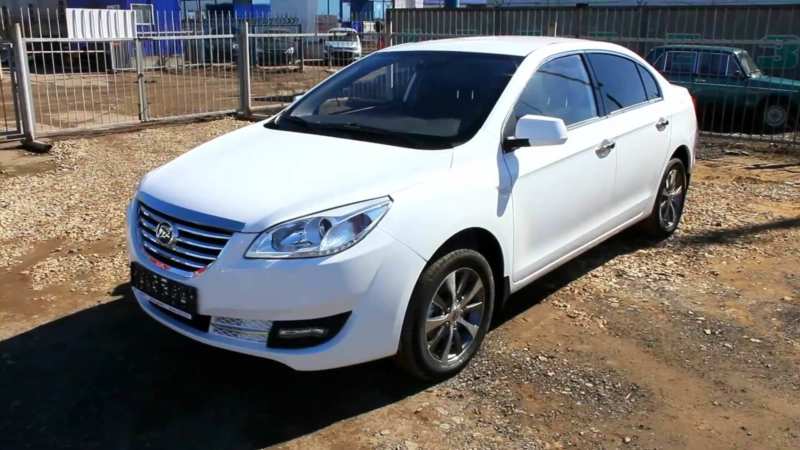 Lifan Cebrium is a mid-range car from Chinese company Lifan in a sedan body. For the first time it was presented to the public at the 2012 Shanghai Motor Show. Among the residents of the Celestial Empire it is known as the Lifan 720, and in the European market Cebrium. The car was designed on the basis of Solano model.

More and more business cars from China can be found on the roads of Russia. It seems that consumers have begun to pay less attention to the origin, and focus on the technical side and other aspects. What is the Chinese novelty? The whole model range is Lifan.

Generally speaking, the Lifan Cebrium looks calm, classic and straightforward. The long hood, together with the flat roof line and large doors with a high window sill allow it to be stylish. At the back of the Chinese car we see a large massive bumper, where you can find stylish parking lights with a full-fledged LED lighting system. Luggage compartment lid and its size, a little bit upset those who like to load the trunk.

Mirrors on the sides of the mirror do not know how to fold automatically, which suggests that all settings will need to be done manually. Despite the fact that the Chinese car company wanted to supply the car with the most modern appearance and equipment, the windscreen wiper blades are installed here frame, which is undoubtedly an advantage for such a sedan. 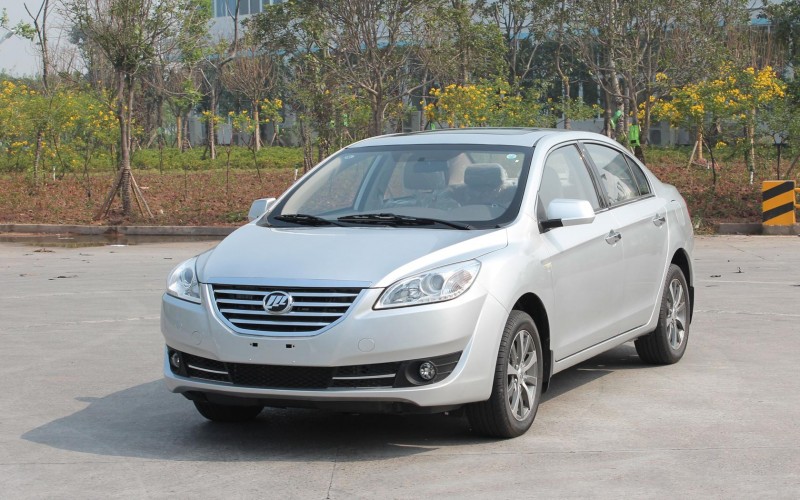 Savvy car enthusiasts will always prefer frame brushes to frameless ones, because it is possible to change the rubber bands on the frame as often as necessary, because they are not so expensive. Frameless brush is implemented only in its entirety, and what is important, the set includes a couple of brushes, and this is not a cheap solution. In general, the car of Lifan Cebrium looks a little bit like a Toyota Camry, to be more exact it will even be said that they have copied it a little bit, though not to get used to the fact that Chinese experts “like” to take some decisions from already available cars.

Interestingly, the company decided to use a streamlined hood, which has an aerodynamic shape, as well as frontal glass, which is very well covered by the wind. This indicates the dynamic nature of the car. Also, the Chinese sedan Lifan Sebrium looks like a BMW 5-series car with its body curves. As noted above, this is not for the Chinese to occupy.

If there are any contradictory feelings with the appearance of Leafan Sebrium, they almost all disappear after hitting the inside of the car. All design and dimensions of the interior were pleasantly surprised at the debut acquaintance with the Chinese sedan. The panel installed in the front, together with the central console, according to Chinese manufacturers, was designed with the “copying” of the torpedo of the 5th series BMW. In the cabin of the Lifan Cebrium sedan you can find a multifunctional steering wheel with a massive hub and three spokes, but it can be adjusted only in height.

The instrument panel looks quite elegant, which was very much missed by the past models of the company Lifan. Also, the latter has a bright illumination consisting of 3 radii. The left-most, together with the central one, is responsible for the sensor of power unit speed and speed mode, and the rightmost one is made in electronic style – a color display of the board computer. Therefore, the dashboard has not only a beautiful shape, but also good functionality. 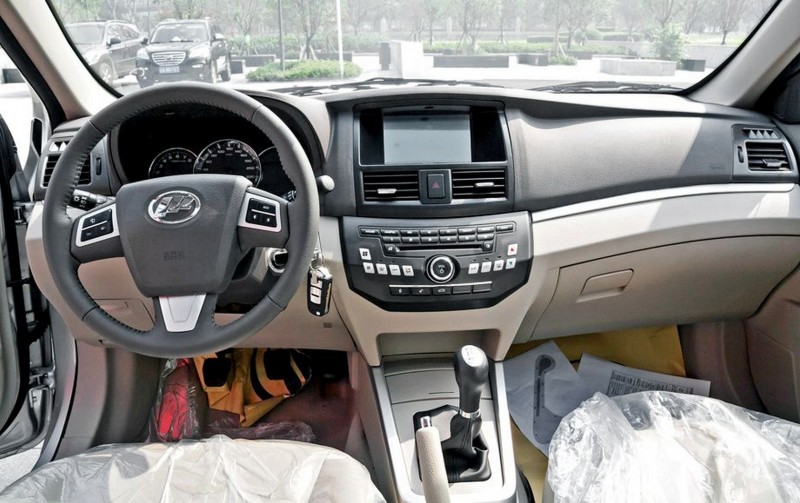 The central console, depending on what equipment is installed (for Chinese drivers, the company has provided 4-re: Basis, Standard, Luxury and VIP), has a simple audio system (radio CD MP3, designed for 4 speakers), or improved with a color display, which supports touch screen input (radio, CD, MP3, MP4, GPS-navigation system, six speakers and a rear view camera). Under the given services the block of adjustments by the conditioner or the climate control, keys and switches for the additional equipment have found the place.

The driver’s seat, together with the passenger seat and people who sit on the rear sofa, has an enviable reserve of free space and comfortable seats, thanks to which passengers can feel comfortable conditions. It is not very easy to evaluate the quality of materials used, but the 2-color interior seems to be quite good. It is no longer a secret that cars made in China, even in the basic configuration, are packaged quite well. So, for example, the basic version of Lifan Sebrium (720) has air conditioning and standard music, mechanical adjustment of the front seats (driver’s seat is adjustable in 6 directions), ABS and EBD, power steering, fabric upholstery of seats, central locking, electric drive for all side windows and mirrors, heating functions.

More top-of-the-range equipment already has adjustable lumbar support of the chauffeur’s seat, parktronic or rear view camera, keyless access to the car interior and start of the power unit with the help of a button, two zone climate control with the function of heating the chauffeur’s seat and other trifles. If the luggage compartment capacity is 620 litres, the fuel tank capacity is 55 litres.

Interestingly, although the interior uses plastic, it is not cheap, not taking into account the one at the bottom of the panel. Near the dashboard there are ventilation system deflectors in the form of a rectangle. The seats, although they have side support, are not clearly visible and are really missing. Moreover, the driver, who is taller than average, will have a problem to settle comfortably inside Lifan Sebrium.

Chinese sedan Lifan Cebrium goes together with a gasoline engine, volume 1.8 liters of LFB479Q, capacity of which is 133 horsepower. This motor has a mechanism of change of phases of gas distribution CVVT with four cylinders and 16 valves.  The car, which weight is equal to 1 265 kilograms, reaches the first hundred in 17.0 seconds.

The fuel consumption in the combined mode is about 8 liters per 100 km. Speaking about the power unit, it would be desirable to tell at once that it is rather unpretentious to combustible. According to the passport, it needs 95th, but the practice has shown that 92nd can be useful as well. 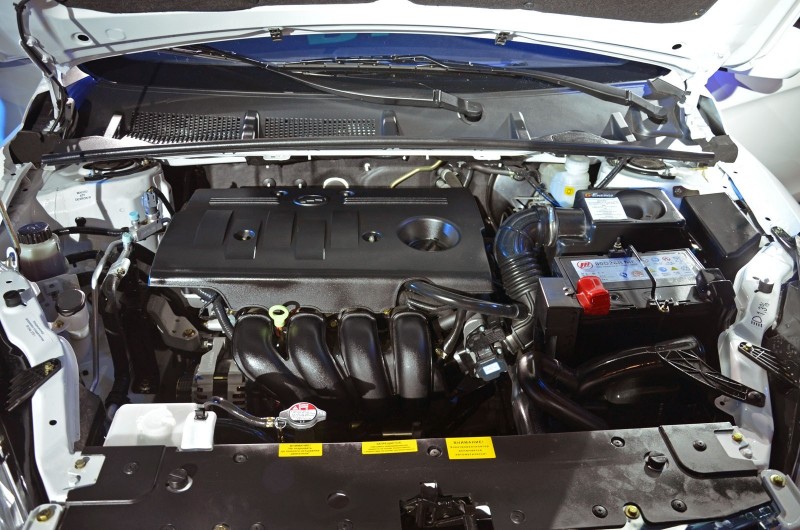 Of course, it is impossible to call Lifan Sebrium a fully reworked sedan base, however, the walking was improved. Thanks to these improvements, the car is very different in ride with a different design, the stroke became smoother. The car swallows rather well the broken sections of the road, and racks on a breakdown work out only in exceptional cases.

However, steep bends are not suitable for Lifan Cebrium, because it behaves in a knee-jerk way when turning. On the front wheels you can find reinforced ventilated disc brakes, and on the rear wheels – conventional disc mechanisms. Speaking of wheels, they are 16-inch. Chinese car is driven by a rack and pinion steering with hydraulic booster.

Chinese car Lifan Sebrium is distinguished by its practical, reliable qualities and good degree of comfort. The car has innovative systems of security, which confidently protect the driver and passengers sitting next to him from emergency situations. The body component of the sedan was made of high quality steel. Thus, according to the C-NCAP crash-test, the car received all the maximum 5 stars. The shock absorbers, together with the front bumpers, were separated from each other by means of special parts that absorb the impact force. 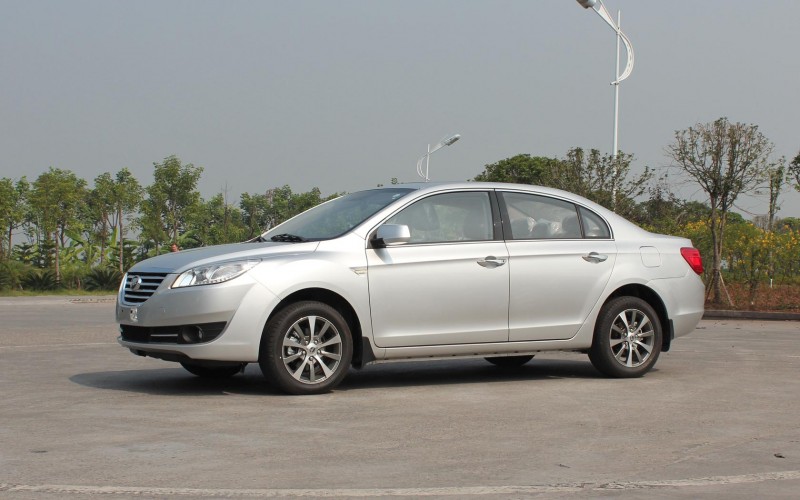 In order to drive safely at night, the new Lifan Sebrium has been equipped with LED projection headlights that can focus and evenly distribute the brightness of the light that is emitted, in order to provide the best and widest possible illumination of the roadway in front of the driver. Rear mounted LED headlamps provide a clear and precise indication, which is an important point while ensuring the proper level of safety on the road. Moreover, they have increased brightness, low power consumption and longer service life. 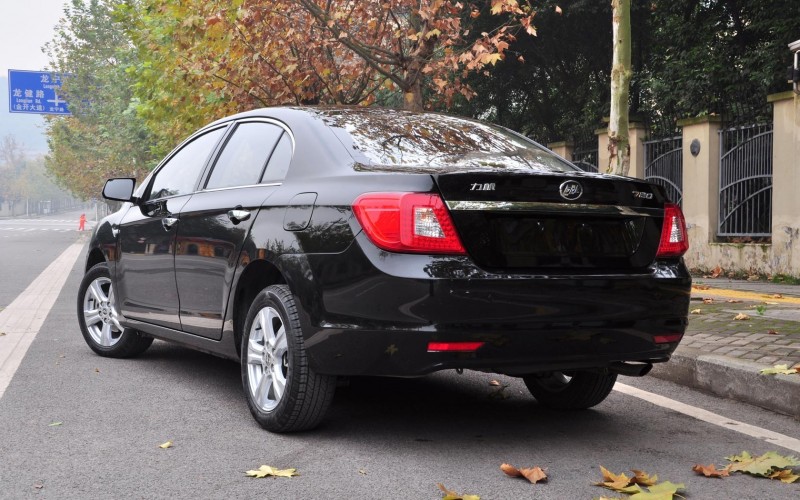 The overall safety has also been increased with rear-view mirrors, which are large in size and can be used to provide adequate visibility. The Lifan Sebrium Sedan is equipped with 6 airbags, various systems and technologies such as a parking assistant with an information screen, ABS, which is designed to improve the stability of the vehicle in steep turns on a slippery road section and during heavy braking.

There is also a system of electronic brake force distribution (EBD), which aims to minimize the likelihood of skidding, automatic door release service in an emergency situation. The steering column can be folded up, which will allow the light to be folded to minimise possible damage to the driver during a frontal collision.

From the Lifan Cebrium sedan in 2015 the salon asks for standard equipment 1.8 Comfort MT $9677,51. For modification 1.8 Luxury MT $10307,04. The basic equipment includes a pair of front airbags, ABS, air conditioning, power windows on all doors, audio system with MP3 support and upholstery of seats in artificial leather. The luxury version additionally includes its own navigation, climate control and upholstery of the steering wheel and gearbox lever leather. 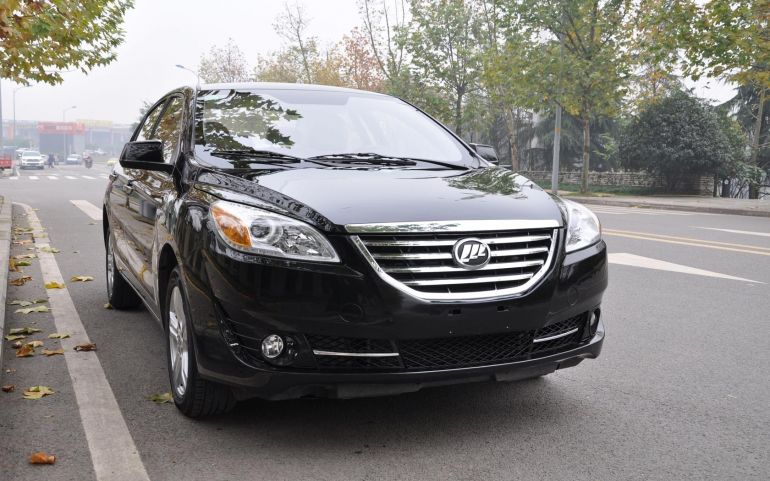 Summing up the results of the Chinese sedan Lifan Cebrium, I would like to note that the company was able to move forward. And this step is confident. The appearance of the car has been improved compared to the previous cars. The sedan has become more solid, modern and sometimes even aggressive. The presence of LED lighting system makes it even more attractive. The only thing that is not clear is the presence of such large wheel arches, it is unclear why they are needed here. Another thing would be if it was an SUV or at least a minivan, but it is just a sedan.

Come on, let’s leave it to Chinese specialists. Inside the car, although there is still plastic, but it has become more qualitative. Though I have side support, but it is not so strongly developed, as it would be desirable. There is plenty of room in legs and head, as well as on the back sofa. What is worth mentioning is a huge luggage compartment, designed for 620 liters, which can be increased if necessary, adding up the backrests of the rear seats. 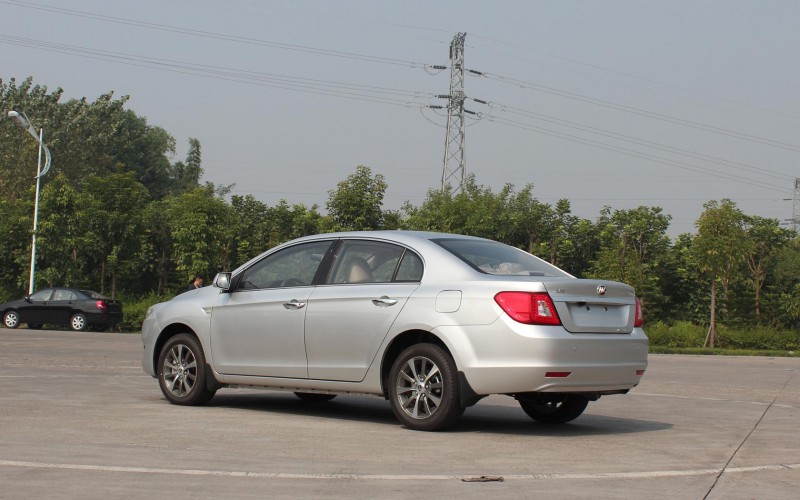 The instrument panel, all knobs and setting buttons are in place and intuitive. Readability and informativeness at the proper level. Very pleased in Chinese cars, even the basic equipment, which can offer a lot of things to the buyer. Separately, it is worth noting the high level of safety, which includes various systems, 6 airbags and the use of high-strength steel.

The engine is not to say that it is very powerful, but it copes with its tasks well, of course, it would be just fine if the experts from the Celestial Empire increased the range of power units and added power to it. In general, the Chinese sedan came out as a good car, which also takes its relatively low price.

We advise you to read the article: History of Lifan Industry 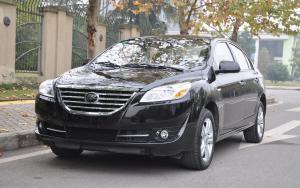 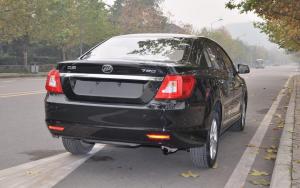 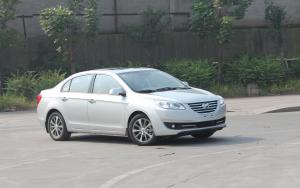 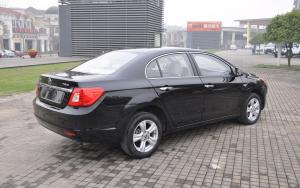 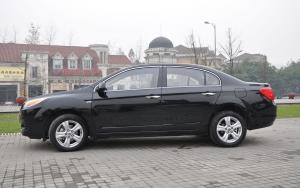 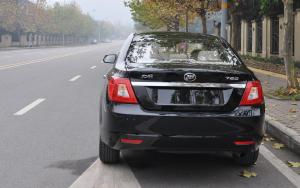 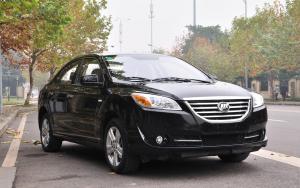 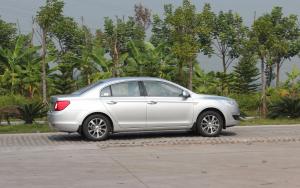 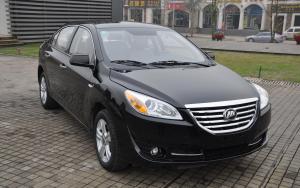