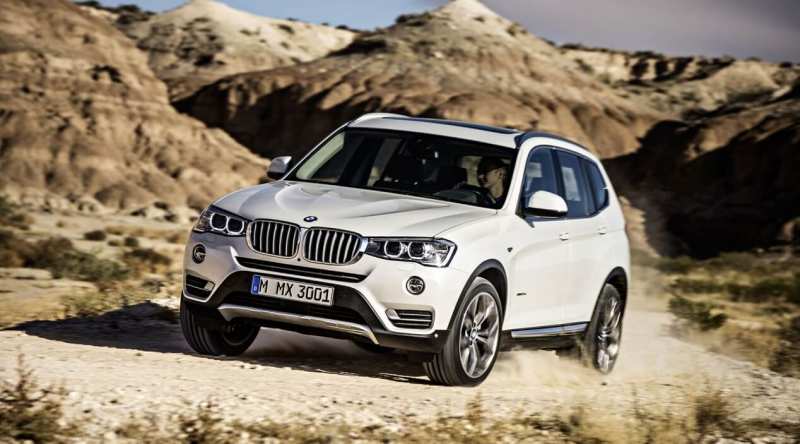 BMW X3 is a popular crossover of the German manufacturer BMW. The car is a luxury class and quite compact size. Five-door SUV. The world has seen only two generations of this model so far. The car is universal and is used as a sports-active transport.

In 2010, the second generation was released, the premiere of which took place in the Paris Motor Show. And in 2014, at the Geneva Motor Show, the company pleased everyone with a second-generation restyled version of the BMW X3. The whole model range is BMW.

The appearance of the third X looks very dynamic and Adrian van Hudonk worked on his creation and if we compare it with the E83, the second generation looks more spectacular. The nose part of the car consists of a diagonal grille, large headlights with xenon light, spectacularly looking bumper with integrated fog lamps.

In the exterior finish there is chrome and clear contours of the hood, which determine the sports character of the jeep. The side of the vehicle also has unique interpretations of the appearance lines of the X series machines. 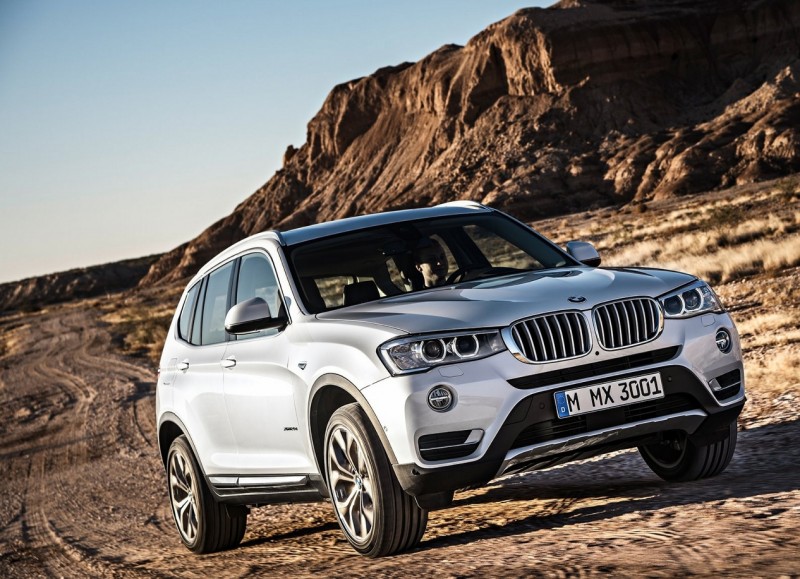 These include abundantly expanding wheel arches, a short distance between the front axle and the dashboard, which once again emphasizes the dynamic character of the BMW X3. The crossover’s stern is distinguished by the lines arranged horizontally, which emphasizes the reliability of the F25’s character.

Scrupulous lines and expressive designed surfaces have an attractive effect of light and shade. Speaking of the start of production in 2011, it is worth mentioning that the car was built according to similar criteria as the original generation. 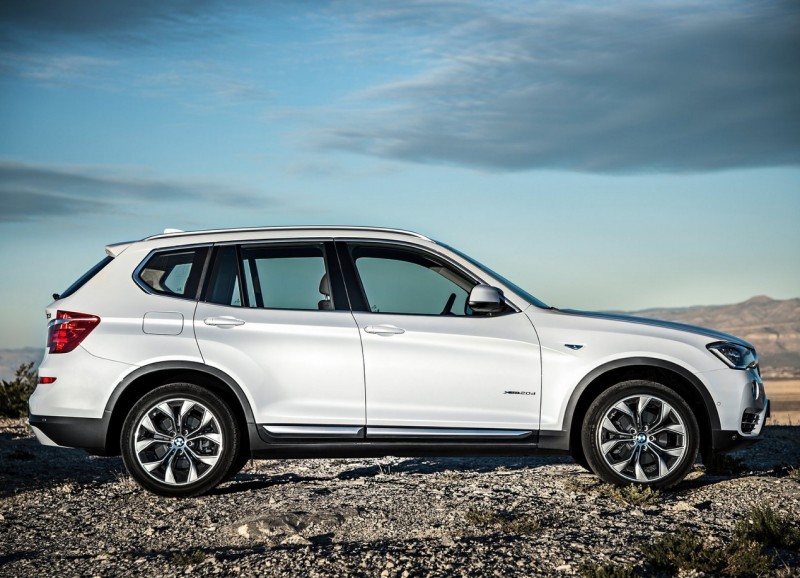 The car began to feel like a more expensive and prestigious crossover than previous editions. The second generation was improved in 2014 and is produced in a similar form to this day.

But over time, the German company had to give up the concept of cars as off-road vehicles because of the trends towards the SAV division, which may mean urban, active transport. 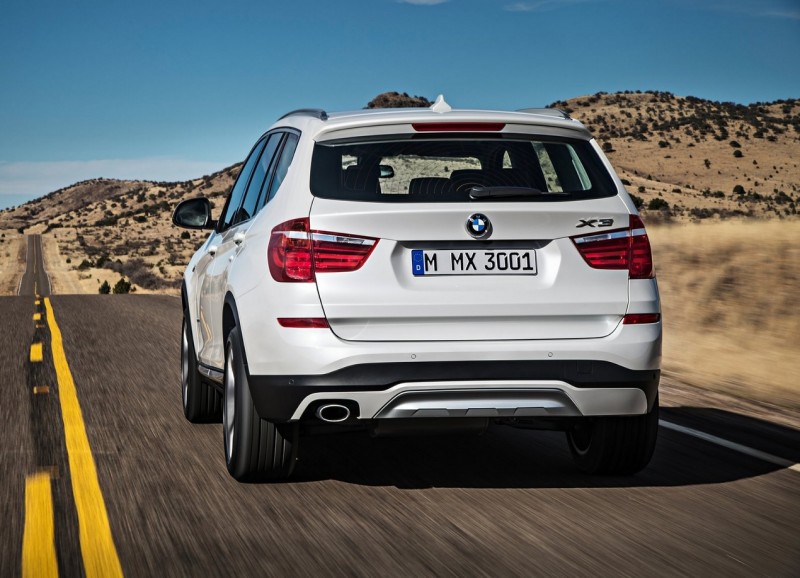 Such a car is designed for young drivers who lead an active lifestyle and spend a lot of time doing their job, but want to travel distances quickly and easily. If we talk about restyling F25 2015-2016 model year, we can immediately say that it turned out to be larger and looks solid.Both bumpers have changed their appearance, the optics installed in front of the vehicle has acquired a strip of daylight from LEDs, and the side mirrors have increased in size. 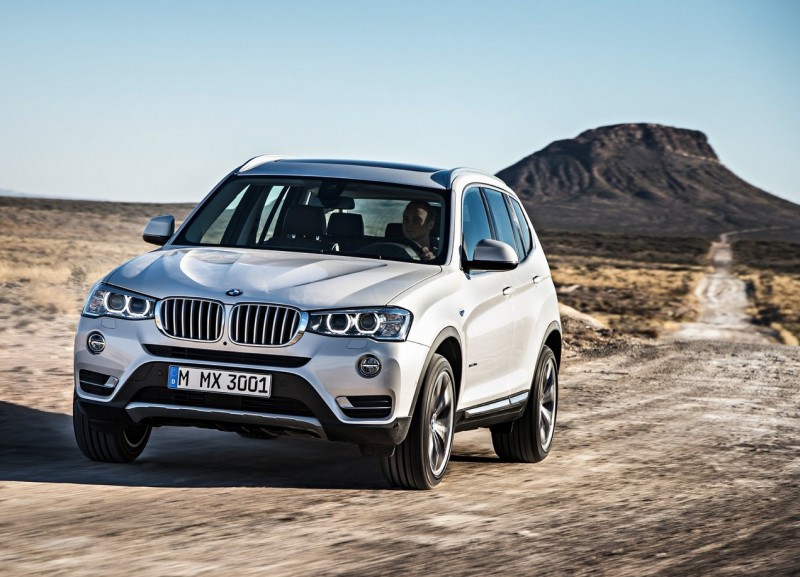 The appearance of the car has changed for the better. It is worth noting that the design concept was used, which was run on the generation of BMW X5. In addition to the modified radiator grille, there is a front bumper, which has a much more aggressive and dynamic, which was so lacking in previous releases.

If you add here a new type of wheels, additional (2) painting options and slightly modified, installed behind the bumper, you get a full “bouquet” of external restyling. As an option, the headlamps are available in either LED or xenon versions. Rear-view mirrors have turn-around repeaters.

Standard fog lights can be equipped as a separate option with an LED version. The original side bend clearly indicates that the vehicle belongs to the BMW X3 unit. The bottom protection of the car, which is combined with the xLine package of equipment, simulates the external indicators of aluminum.

The interior design of the third X F25 looks quite modern and is made of high quality materials. There are a lot of compartments and cup holders in front and back, and three seats installed at the back provide good comfort for long journeys.

The luggage compartment has from 550 to 1,600 liters of useful space and is the best among its class. The backs of the rear sofa can be divided and stacked together or separately. 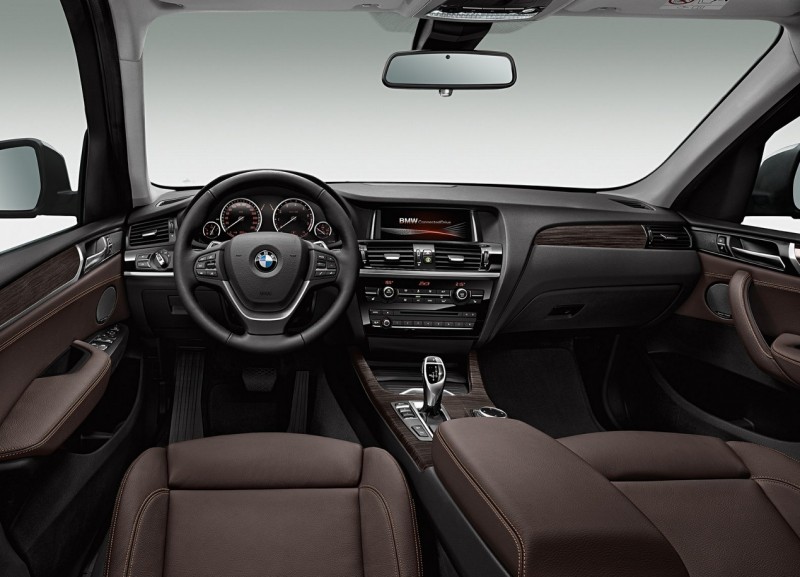 The new design of the interior of the BMW X3 can boast of improved space and good ergonomic solutions, which could not but affect the comfort and functionality of the cabin.

One of the differences of the third X is the well thought-out concept of luggage compartment placement, which includes a lot of trifles: not small open compartments for things installed on the doors, easy to use cup holders, a pair of lockable gloveboxes in the front, special compartments in the armrests in the center, and the front even closes. 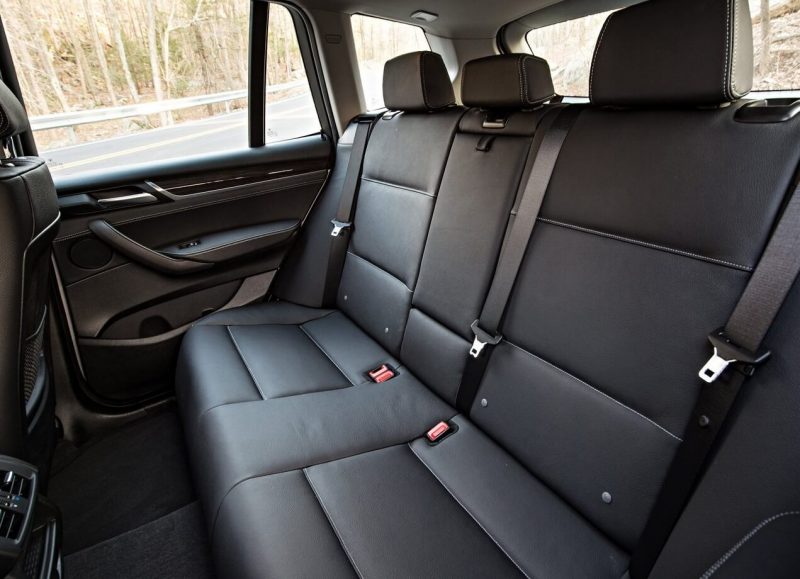 Despite the usual layout, the interior has acquired new finishing materials, the latest multimedia system, which is located on the console in the center with a slightly enlarged screen. Among other things, the car has an increasingly popular touchpad on the joystick, which found its place to the right of the gearbox control.

Interestingly, the rear door has an electric drive, which will be installed even in the basic configuration. And in the versions more expensive, you can open the door with a gesture under the rear bumper. Speaking in general, the interior has become refined and thoughtful. The high position of the seats gives the driver and passengers an impressive view.

Among the range of power units of the second generation BMW X3, a pair of diesel engines were changed during the modernization. Now the rear-wheel drive version of the sDrive18d will have a 143-horsepower engine, and a turbocharged diesel engine with four 2.0-liter cylinders will produce 150 horsepower.

On the xDrive20d model, a slightly larger forced version was installed, which is capable of producing 190 horsepower instead of 184 horses. The new engines have become an order of magnitude more economical. For example, a diesel engine with 190 horses consumes about 5 liters per 100 km in a mixed cycle. 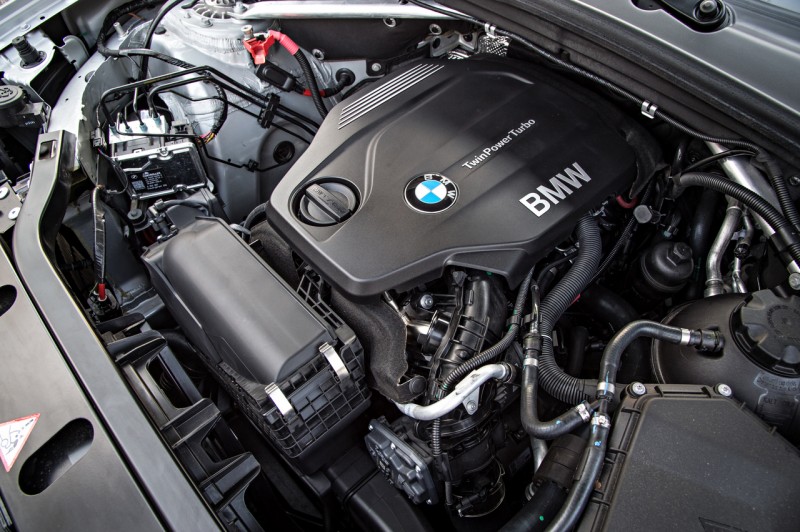 What’s more, the xDrive20d’s equipment has helped to increase the dynamic performance, which is 8.1 seconds to hundreds of kilometers per hour. Other powertrains will remain unchanged. It should be remembered that the BMW X3’s range of engines includes two-litre turbocharged engines that deliver 184, 245 and 190 horsepower and 3.0 litres of turbocharged engine power equal to 306 horsepower. 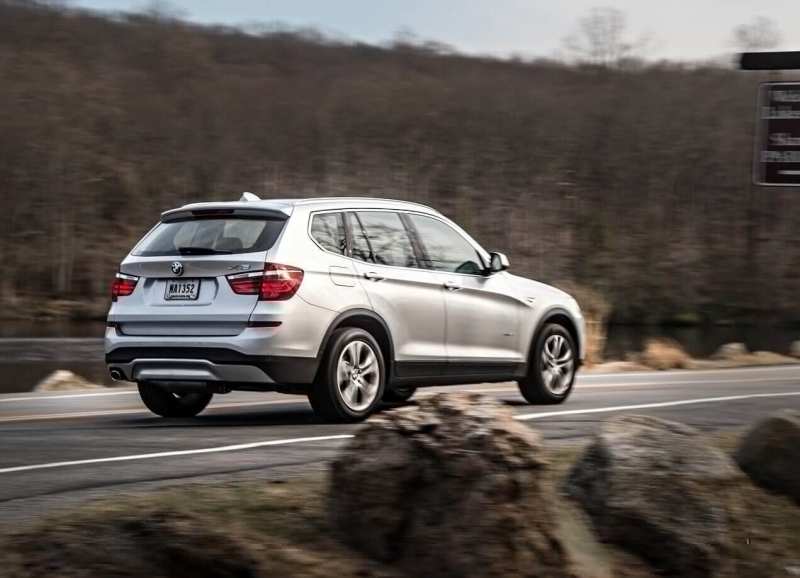 Absolutely all equipment except the sDrive18d is equipped as standard with an ixDrive system with an electronic multi-disc control coupling, which in turn connects the front wheels. Speaking about the chassis, the BMW X3 has not undergone any reconstruction here.

The 2-lever front axle together with the rear multilever only slightly reconfigured, removing the previously appeared problematic moments on the way. All wheels are also equipped with ventilated disc brakes, which are complemented by ABS, EBD and BAS systems. 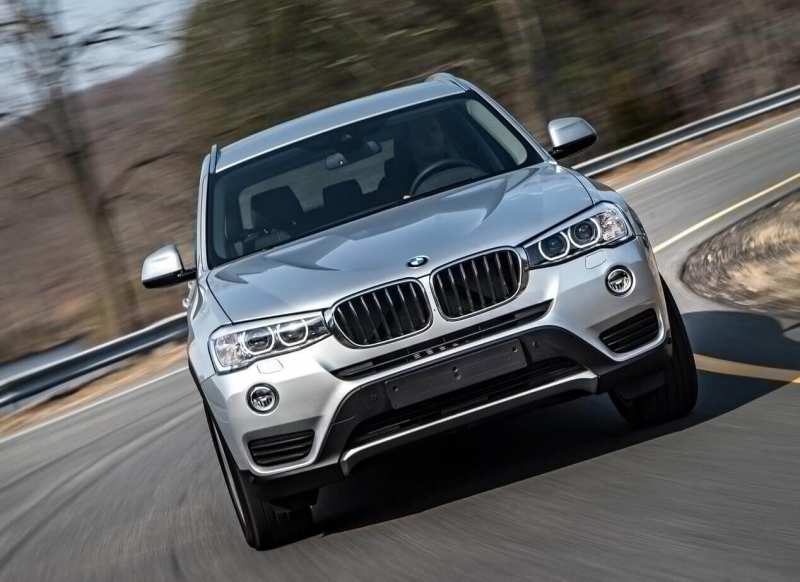 As an option, the Performance Control unit can be ordered, which, when turned, throws back up to 80 percent of the traction and brakes the rear wheel inside and unwinds the outer wheel with an interwheel differential at the rear.

With the Driving Dynamics Control keys, which have found their place on the centre console, you can select the driving mode: Normal, Sport and Sport Plus. Depending on the selected mode, the elasticity of shock absorbers, the engine sensitivity to the accelerator pedal, time and speed of gear shift, the level of steering wheel control enhancement, as well as the algorithm of dynamic stabilization option functioning change.

The new crossover has changed in size: it has increased in length by 9 mm. In all other things, the size of the German crossover remained the same: wheelbase – 2810 mm, width without rear-view mirrors – 1881 mm, height – 1661 mm, clearance is not bad 212 mm.

As mentioned above, one of the differences of the new German crossover BMW X3 is a lightweight body construction. With this in mind, many high-tech elements were used, including aluminum, high-strength steel and ultramodern plastic with magnesium.

Thanks to this, it was possible to achieve not only a reduction in weight, but also an increase in the passive safety of the crossover. Already in a base complete set there are airbags front and lateral, and also safety shutters.

For example, the Driving Assistant includes not only the exit warning option, but also the pedestrian information with the option of automatic braking when driving in the city. The information comes from data coming from video cameras installed on the vehicle. 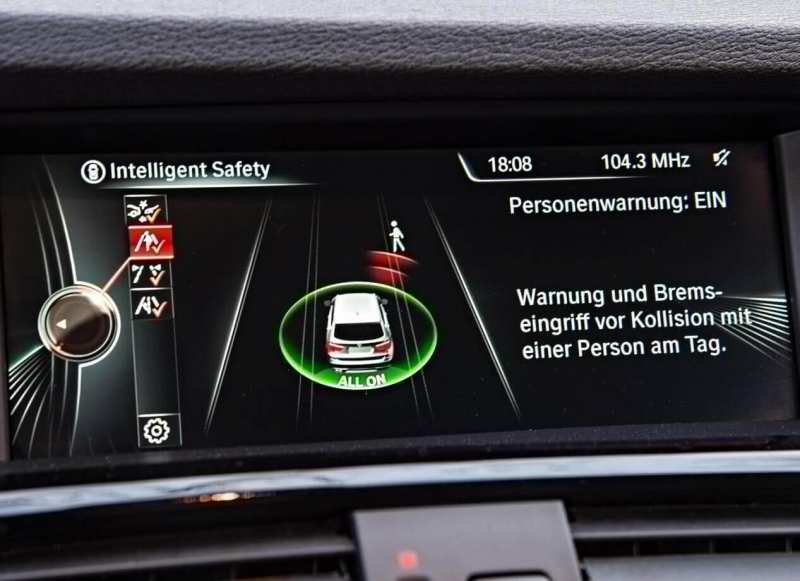 The collision warning system is capable of detecting other machines. For example, if you notice a car stop abruptly in front of you, this feature can give you a visible signal, start braking, or stop at all. In any of the systems, they can automatically stop the vehicle in case of emergency. If there is an accidental change of lane, the system quickly alerts the driver by vibrating on the steering wheel.

Active cruise control allows you to maintain a constant speed between 30 – 210 km/h. However, if the distance control system is in operation, the machine is able to change its own speed depending on the speed of the vehicles moving from the front. Option Stop&Go can automatically slow down the machine to full braking and accelerate it again by pressing the gas, which is very convenient for traffic jams.

With the help of video systems parking is significantly simplified and does not cause discomfort. There is an all-around view with rear view camera. The cameras have also been installed in the rearview mirrors. 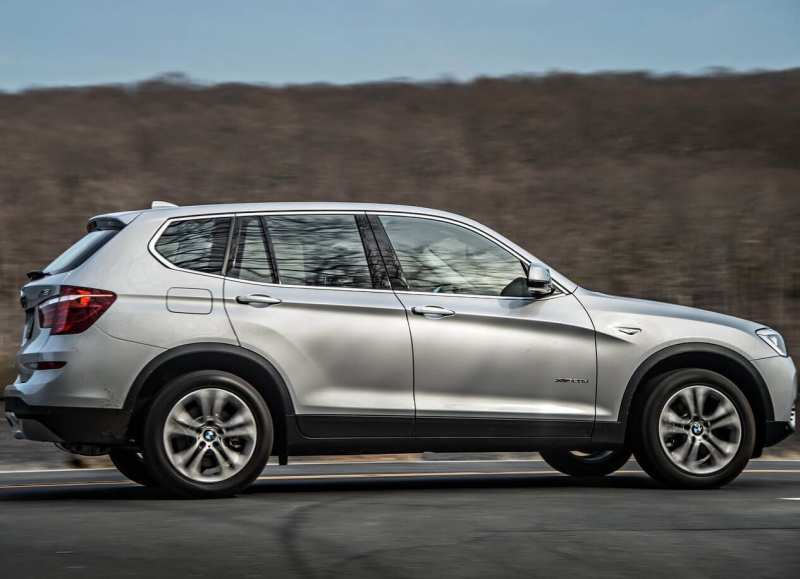 A parking assistant will help you park your car in parallel. At a speed of 35 km/h or less, the car itself is able to find the necessary place with the help of sensors, after which the function takes over the steering and the driver only needs to control the gas, brake and switch speeds.

The automatic long-distance lighting control function does not blind other road users, which has no effect on the quality of lighting on the road section. After recognition of the vehicles, the option changes the shape of the light flow so as not to blind the drivers.

The range of operation is more than 400 meters. However, this function is only available in conjunction with adaptive headlamps or LED design.

In the Russian Federation, the standard version of the BMW xDrive20d is produced with a diesel engine designed for 190 horsepower, which gains the first hundred in 8.1 seconds. The model is synchronized with 6-speed mechanics or 8-speed automatic transmission. 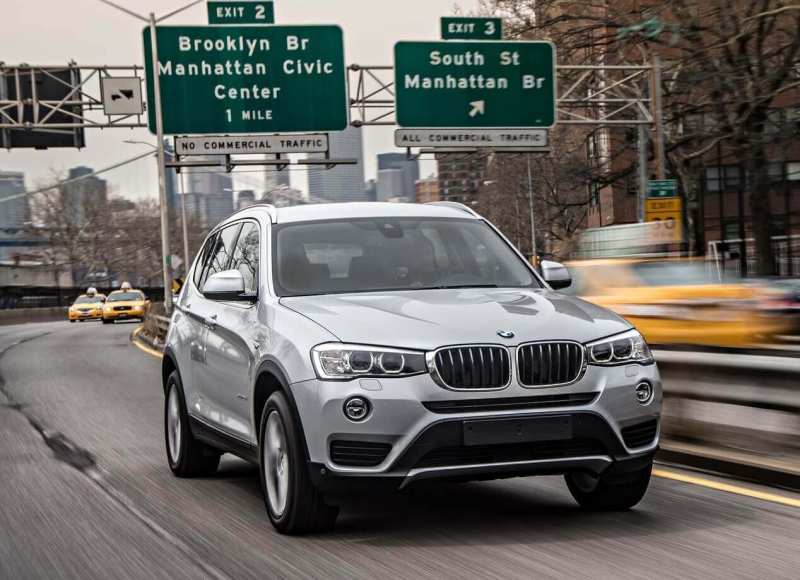 The machines to be sold will be produced in Russia and the United States. The cost of cars produced in 2014-2015 will start at the level of $ 37128. The basic modification has 17 or 18-inch wheel rims, bi-xenon headlights, parktronic (front and rear), climate control and heated front seats.

The cars brought from America additionally go with the Start/Stop system, a satellite option against theft of Business. In Russia, cars with leather steering wheel and its heating will be assembled.

In addition, more expensive cars will be equipped with electric front seat adjustment, folding side mirrors and auto-blackening function for all rear-view mirrors. 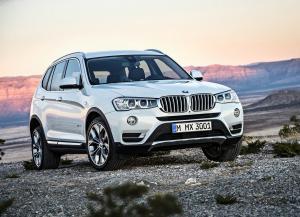 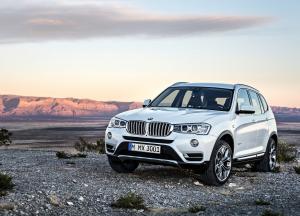 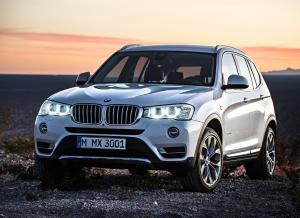 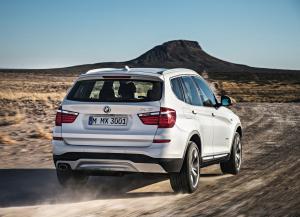 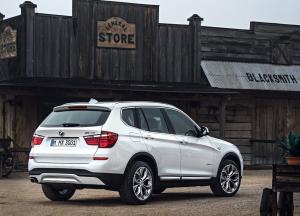 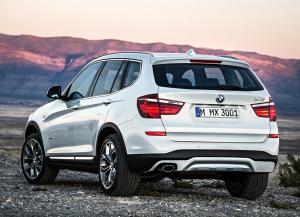 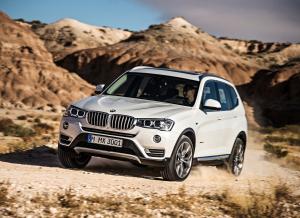 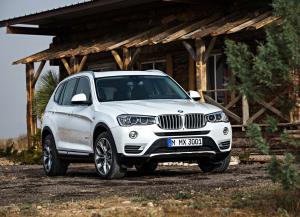 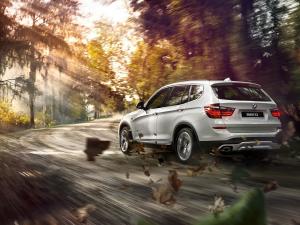