For those who want to buy Fiat 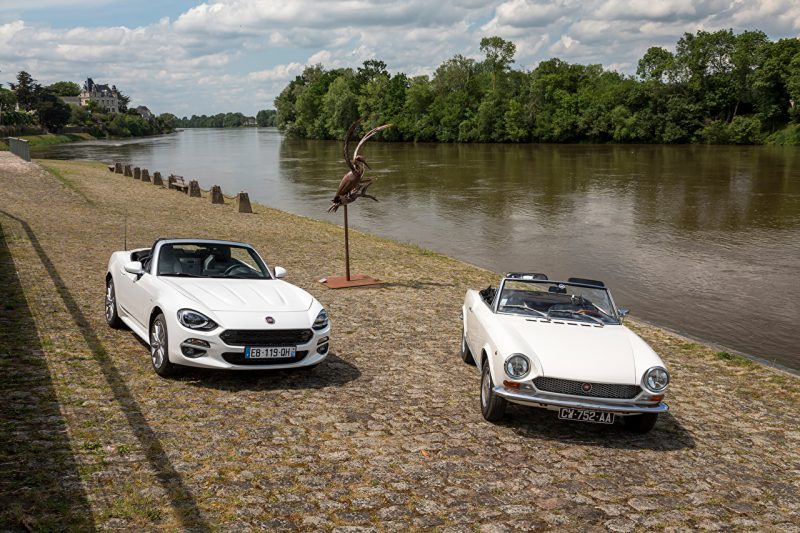 There is a pattern characteristic of the post-Soviet space: if you ask a person who is going to enter the motorist’s cohort what kind of foreign brand he wants to buy, you will often hear the answer – Fiat. in almost half of the cases.

This is due to the fact that once it was this Italian manufacturer’s car that became the prototype of “Zhiguli” (“VAZ-2101”). We are talking about “Fiat-124”. The reason for folk love is that “Kopeyka” can still be found on the roads of not only the former Soviet Union, but also the entire socialist camp. And this directly indicates the reliability. Since that successful Italian-Soviet exchange of experience Fiat cars have evolved many times, new models travel throughout Russia and are found not only in such large and important cities as Moscow, but also in smaller and more modest towns. Cars brand products are not exhausted. There were small trucks, minibuses. They are intended for commercial use. They are characterized by high reliability and performance.

If you decide to buy a Fiat-van for business or a passenger car, it is preferable to contact a dealer for this purpose. A good choice is ARM-Service. This company is an official Fiat dealer and you can find out more about it at http://fiatarm.ru/. The company has been chosen as a reliable partner and assistant by many car owners of this brand. Among them there are commercial enterprises. ARM-Service customers appreciated all the advantages of dealer service.

For a long time Fiat was the leader of the world car industry. The company has been working since the beginning of the twentieth century, and during this time, of course, many variations of cars were produced. Fiat 3.5 HP became a pioneer brand, which left on the roads in the early formation of the brand. At the turn of the XIX – XX centuries, the automotive industry was only just beginning, however, this model had a two-cylinder engine equipped with water cooling, and it looked, undoubtedly, a technical breakthrough.

In the list below there are some examples of Fiat cars, which are closer to the modern driver:

There are a series of “Fiatov”, made in a sporty style. One of the most famous machines of this series is Fiorino. Available as vans and pickup trucks.

The main reason that determines the popularity of the manufacturer in the world is the adaptation of the cars to the roads of the countries where they have to travel.

It is not necessary to go far for an example: “Kopeyka” is a Russified Fiat-124; Florino suggests variants for Italy and Spain separately. There is a ruler of cars (Albea), developed specially for the countries of Eastern Europe and the Russian Federation. There are many similar examples.

Fiat” cars, designed for commercial use, are in particular demand. Their advantage is safety and comfort, the machines are characterised by a spectacular design. They are also widespread in the Russian Federation, and the company “ARM-Service” as an official dealer presents models adapted to local roads.

The most common commercial Fiat lines are Doblo and Ducato. The first line is still more popular for private use, but thanks to the capabilities of the car it is bought by various business organizations. It is easy to convert the car into a truck or a small bus for family travel. Most Doblo are equipped:

The Fiat Ducato has a slightly larger size than the Doblo. Accordingly, the truck has a larger capacity and payload than in the previous example, so the car is often found in service in various commercial organizations. The Ducato’s “filling” system ensures optimum performance.

Among the proposals of the official dealer are the following Fiat models:

For more information about offers and prices, please visit the website of the official Fiat dealer in Moscow.

Any car, whether it’s new or used, needs care. This also applies to the Fiat brand. And only if you decide to buy it from an official dealer, and in Moscow it is “ARM-Service”, count on full service. And the work will be carried out regardless of the warranty period, during operation. Detailed terms of this should be discussed with representatives of the company.

One of the new, unprecedented services provided by ARM-Service is free roadside assistance. It is provided specially for Fiat owners. No one is insured from troubles on the way, the ARM-Service brigade will always come to the rescue. It is profitable and reliable to cooperate with the company in all respects. Its employees feel responsible: on the one hand – to clients, and on the other hand – the reputation of the Fiat brand, known all over the world, is at stake.