The history of Morgan

The family business for the production of small batches of comfortable sports cars, opened by the Englishman Henry Morgan in 1909, who received the name Morgan Motor Company from his founder. The whole Morgan’s range. 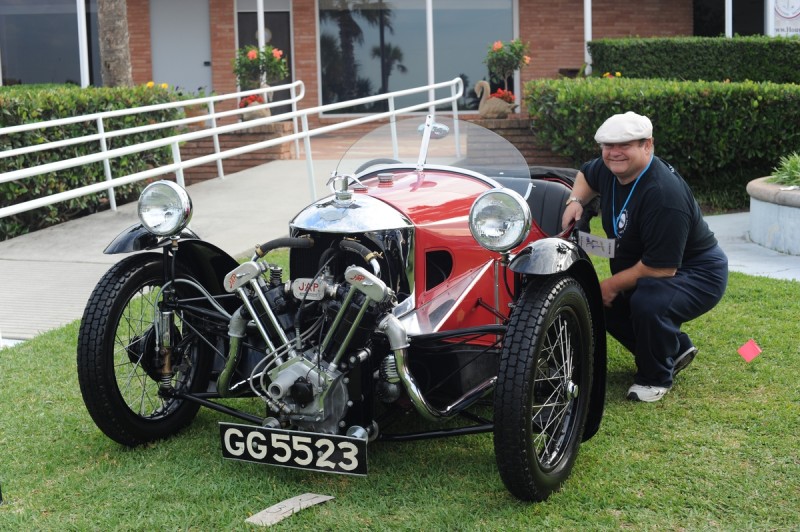 The first-born of the company was a three-wheeled two-seater and later four-seater car Morgan Runabout. The car had a power unit produced by Renault with an output of only 7 hp, but these features still made it possible to consider it a sports car at that time. 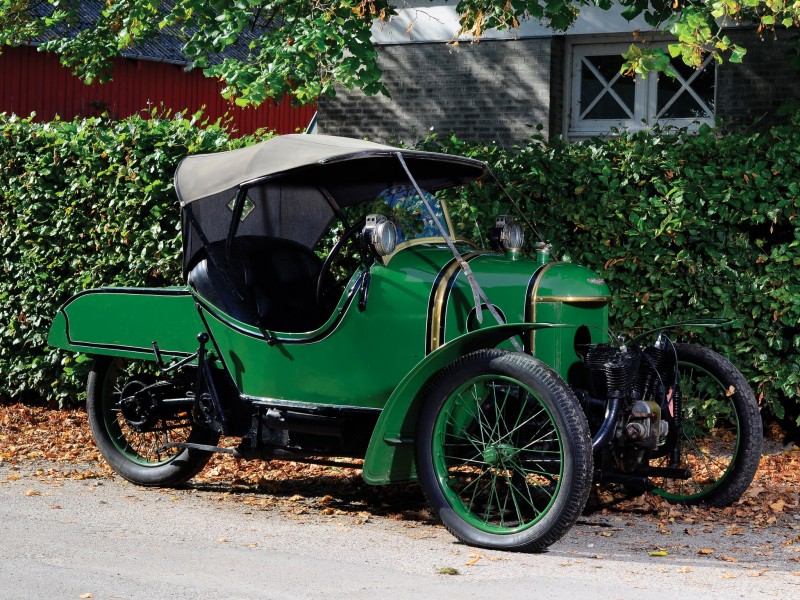 The machine has been manufactured in series for a long time and has been repeatedly upgraded. Over the years, first the “Grand Prix” model appeared, after which the “Aero” and “Sport” models appeared. A common feature of all these vehicles was the unusual location of the engine – the motorcycle motorcycle engine moved further than the front wheels axle was not covered by anything. 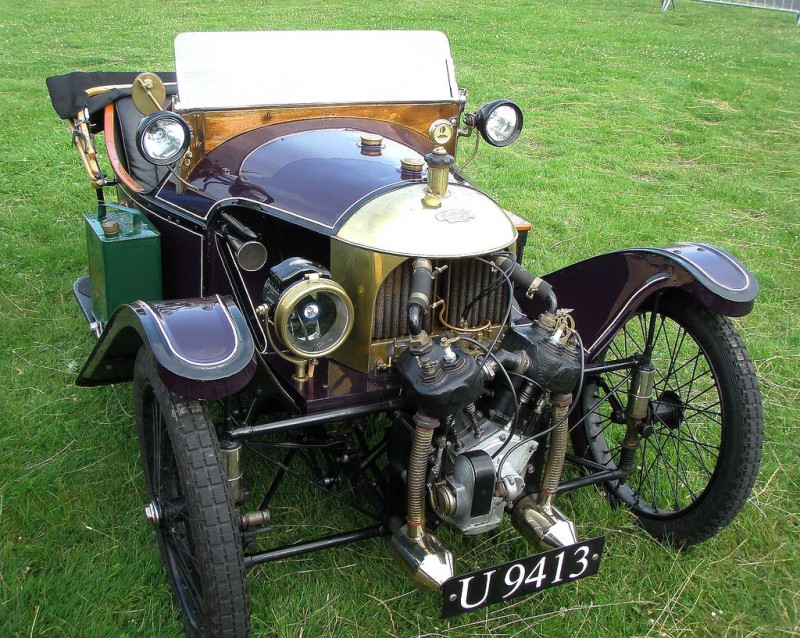 After the end of the Second World War the production of this model range was not resumed. In the early thirties, the F-4 model appeared. The three-wheel configuration remained intact, but the vehicle was equipped with a 0.93-litre Ford lower-valve engine, which was no longer on display and hid under the hood of a metal body. 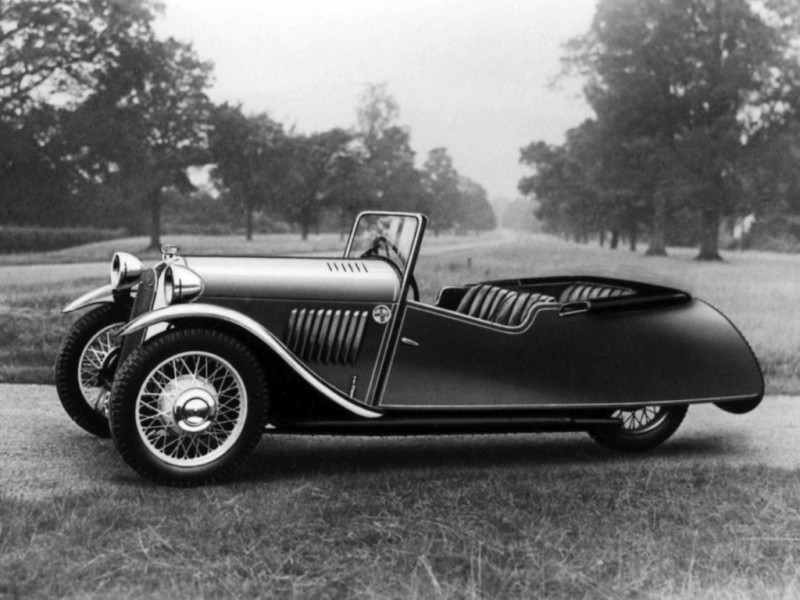 For a long time the cars in tricycle configuration were the hallmark of the brand. Body shape, interior finishing and engines changed, but until 1936 the company was faithful to its “tricycle tradition”. 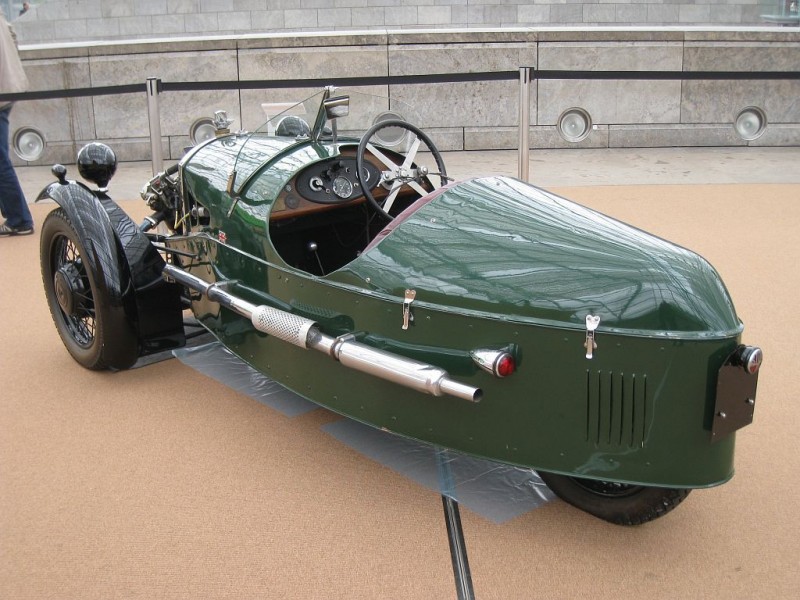 By the way, it should be noted that despite the trends in fashion, there is still stability in the automotive world. A vivid example of this is the constant tradition of Morgan Motor to still stylize all the bodies of its products in the “retro style” of sports cars of the 30s and 40s.

The first four-wheeled car of the brand was Morgan 4/4. Two fours means “four wheels – four cylinders”. The first version of this model was equipped with power units with a working volume of 1.1 liters, and a little later than 1.2 liters. The machine was produced until 1950. 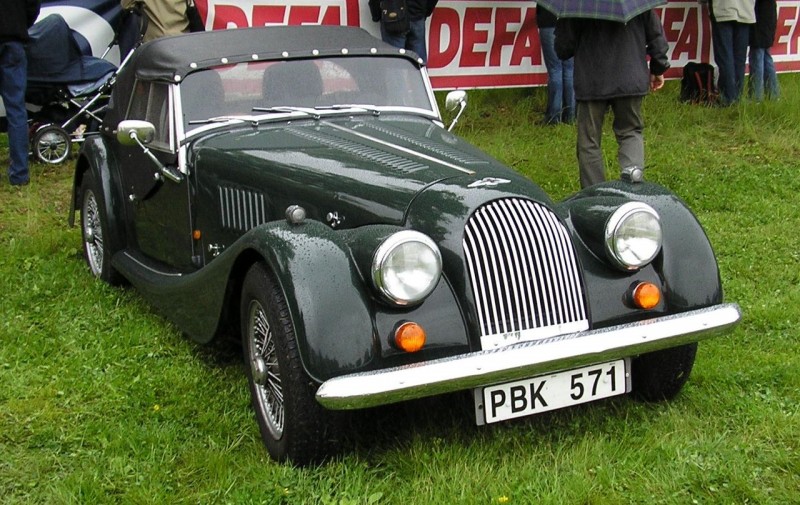 But that’s not the end of a model’s life. It has survived seven major restylings, which have resulted in a lot of changes – engines, transmissions, electrical equipment and interior decoration. Only the appearance of the body remained unchanged. 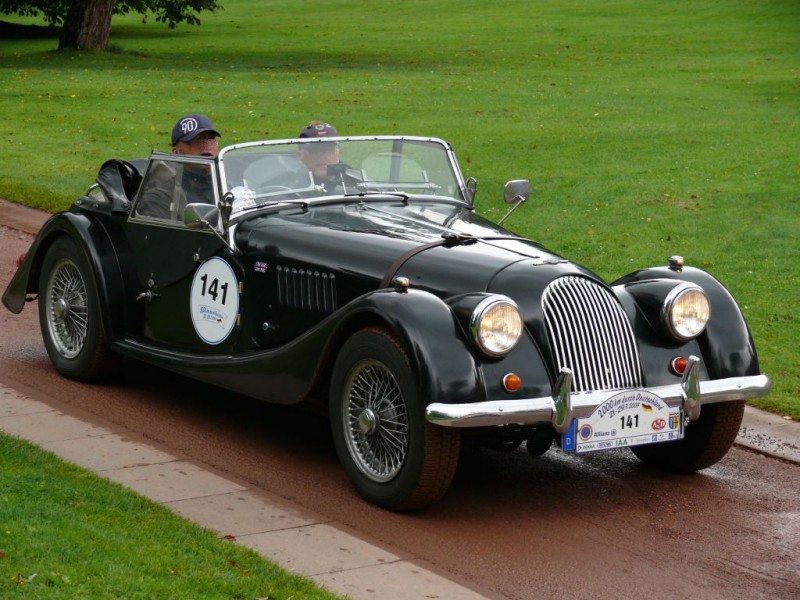 The 4/4 2009 model year still in production is still strikingly similar to its ancestor from the mid-1930s, despite its 1.6 engine, five-speed gearbox and 185 km/h development speed.

The +4 model was conceived as just a more powerful car. It was originally equipped with a much larger two-liter engine. The car was produced since 1950, its last “reincarnation” took place in 2003. 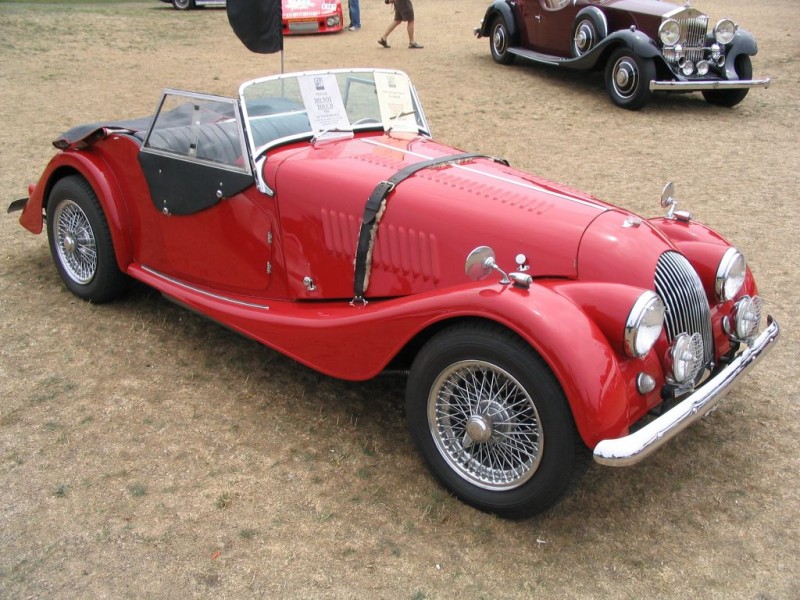 And the company’s attempt to reduce the weight of the body made of fiberglass did not find support among the true connoisseurs of the brand and managed to sell only 26 copies of the model +4 +.

Over the years, manufacturers have been offering fewer and fewer four-cylinder engines, so Morgan has had difficulty choosing the right engine for his machines. This was the reason to release the +8 model in 1968. 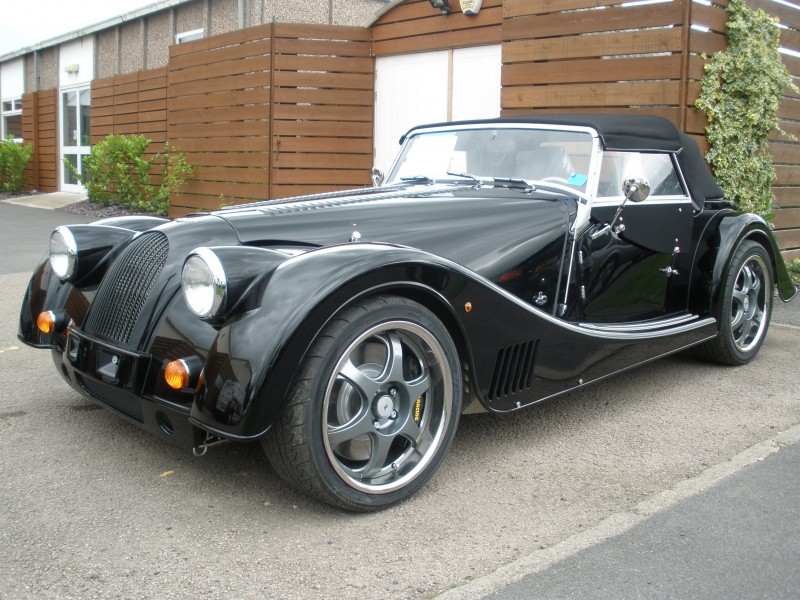 The main distinguishing feature of the series is the eight-cylinder engines. Due to this design feature, the +8 model is much more dynamic and high-speed, the use of a large V-shaped power pack, in addition, improved directional stability. The last variation of the car (2004) is accelerated up to one hundred kilometers in 5.7 seconds. 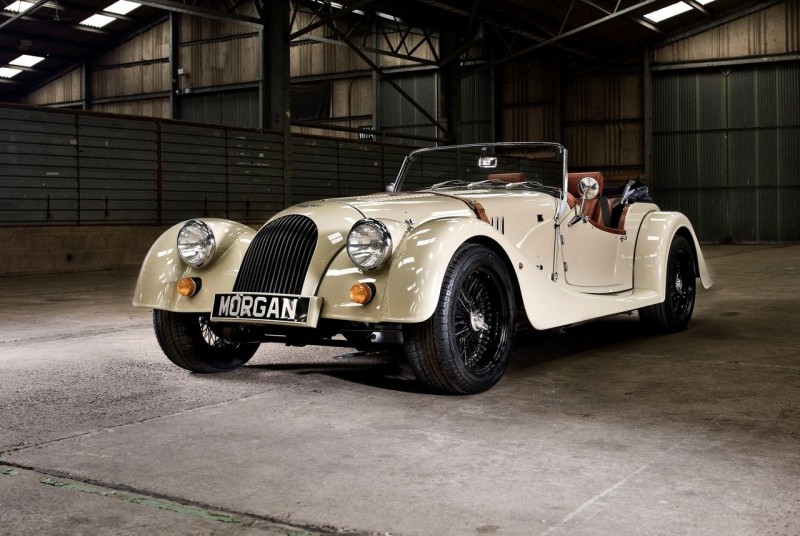 This model replaced +8 and since 2004 has been produced by the company. During this time, several power units have been replaced, ranging from the first V6 with an output of 204 hp to the Ford Duratec Cyclone’s 24-valve Ford Duratec 24-valve with a capacity of 3.7 liters, which has been installed since 2011, allowing Rodster to accelerate up to a hundred kilometers per hour in 3.7 seconds.

Since 2000, Morgan has been producing the Aero 8 model. The peculiarity of its design was the wide use of aluminum in the body construction. The 2015 version is equipped with a BMW engine with an output of 367 hp, which accelerates the car up to 100 km/h in 4.5 seconds. Modification of this model in the coupe body, produced in the number of 100 copies, was called AeroMax. 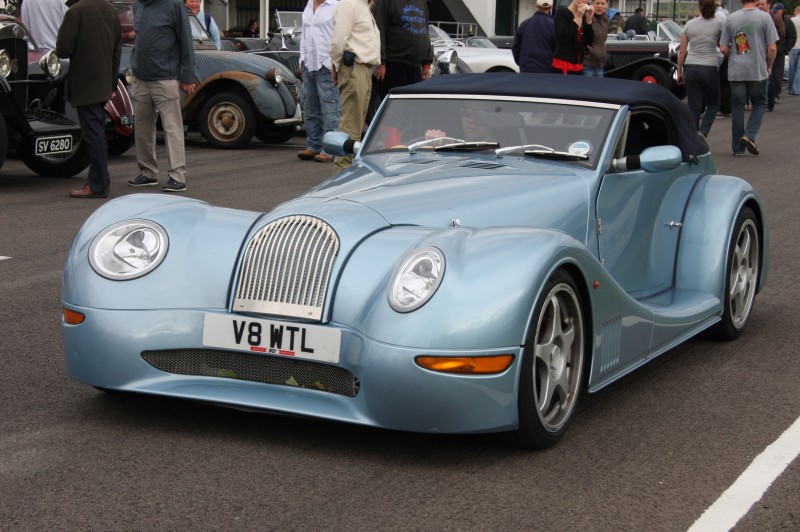 The AeroMax version with a removable roof section, which was discontinued in 2015, is called Morgan Aero SuperSports. The Plus 8 model has been in production since 2011. Classic design is harmoniously combined with the use of modern materials and light alloy body structures. 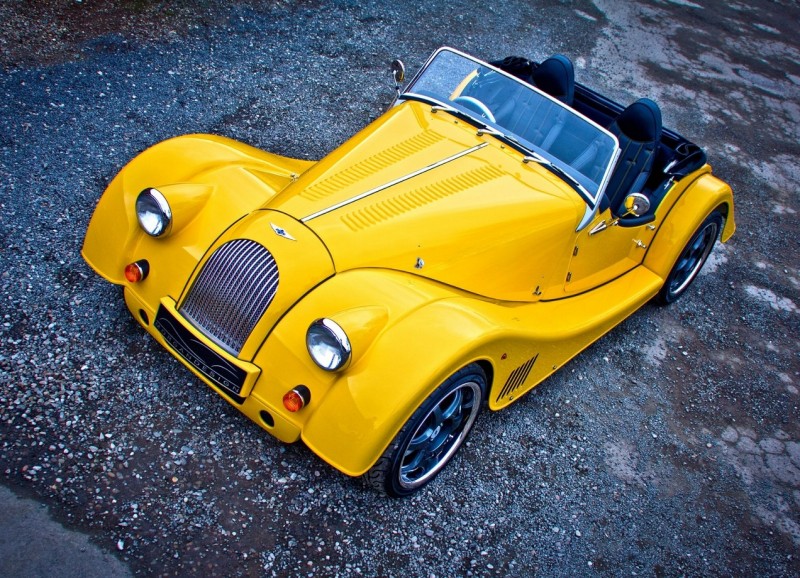 The experimental model Plus E was shown at the Geneva Salon in 2012. Its main feature was the electric drive. The Morgan Eva GT (2012) was to have a 2+2 cabin based on an extended Aero SuperSports chassis. 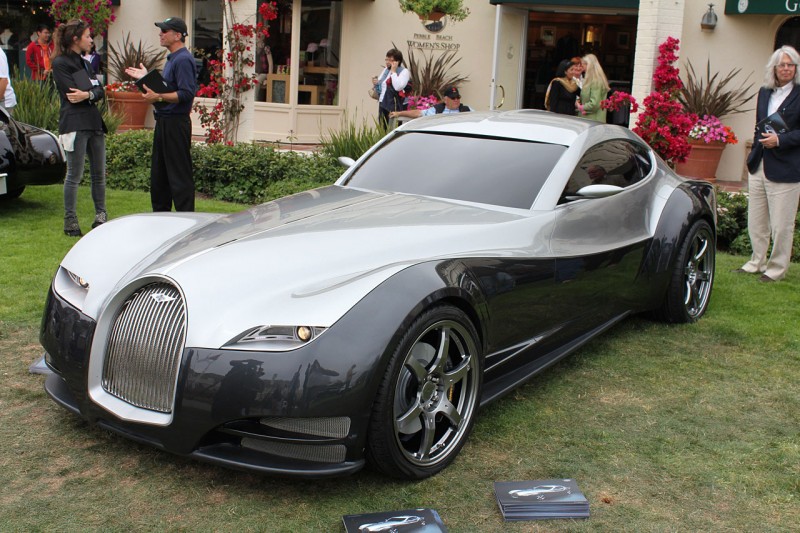 The 306 hp turbocharged engine meets Euro 6 environmental requirements and was complemented by a six-speed manual or automatic gearbox. However, the preliminary production period was initially postponed by two years, and later the company completely abandoned the production of this model. 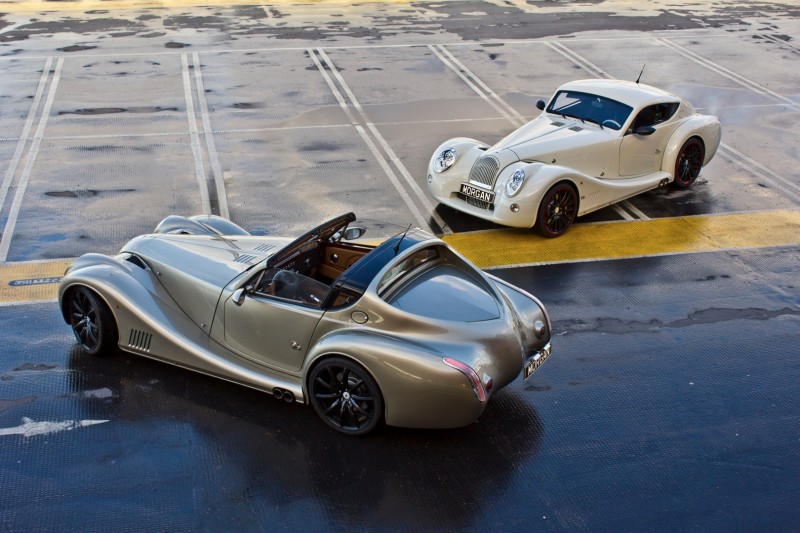 In 2011, Morgan decided to revive its longstanding three-wheeled vehicle formula by presenting in Geneva Morgan 3 Wheeler. This car weighs only 550 kg. has a layout that fully replicates the style of Morgan Runabout. 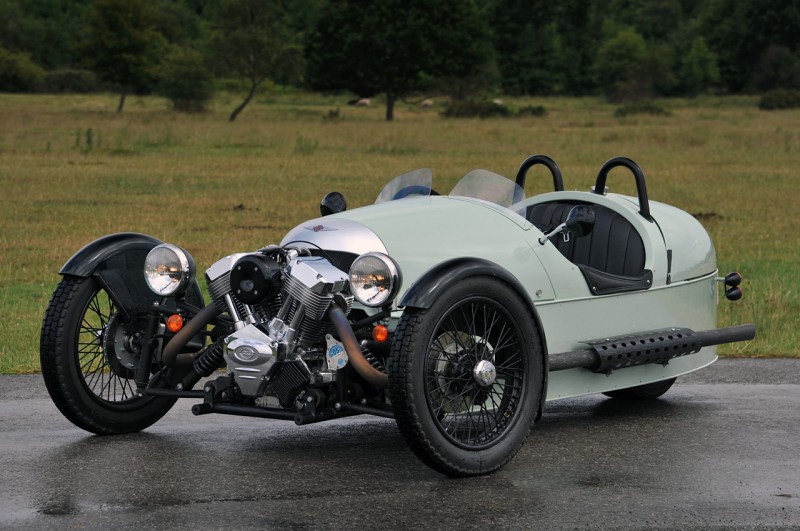 The two-liter 115 hp overhead valve engine equipped with a five-speed gearbox accelerates the machine from 0 to 100 km/h in 4.5 seconds and allows you to develop 185 km/h. The company has reported hundreds of pre-ordered vehicles. Currently, the Malvern plant employs just over 150 people, who continue to hand-assemble cars made of the best types of wood, steel and aluminum.