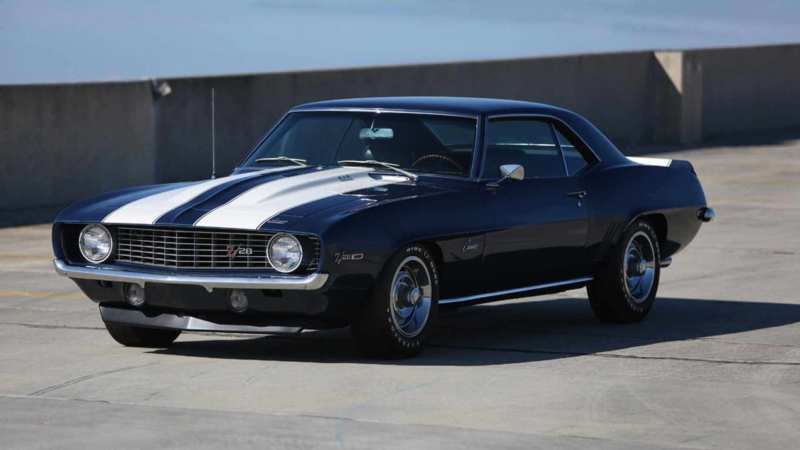 The Chevrolet Camaro is a coveted American car, a “muscle car” that has been produced by the Chevrolet division of General Motors Corporation since 1966. But already in 1967, the American company has produced a version of Chevrolet Camaro Z/28, which was the most demanded because of its uniqueness. The debut modification of this car was presented at the end of 1966. The whole model range is Chevrolet.

The idea and its development was done by a certain Vince Pigginsu, who wanted to create a racing modification of the Camaro, which would surpass the Ford Mustang BOSS in all characteristics. Only 602 copies of Chevrolet Camaro Z28 were made during the first year of production. But the car turned out to be really successful.

To meet the challenge of the Ford Mustang, Chevrolet needed unprecedented power. That was the only way to defeat the “pesky ponycar”. The Chevrolet Camaro Z28 became just such an answer, which received not only excellent speed qualities, but also excellent stability. 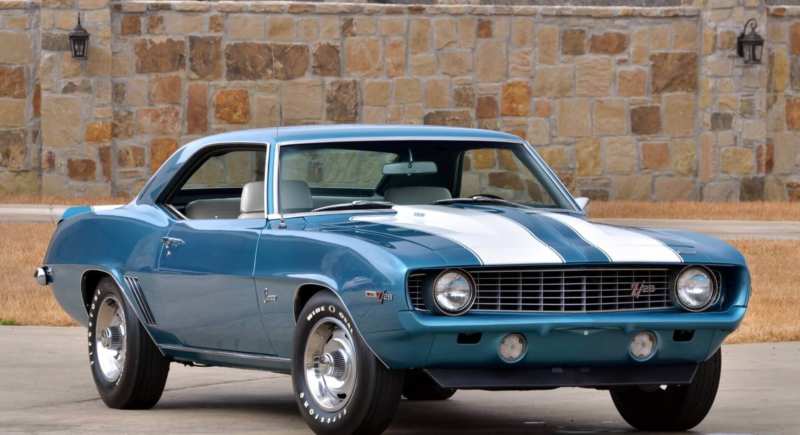 The Chevrolet Camaro Z28 stood out with a real (not fake) air intake on the hood. Thanks to this, the American car looked more sporty and aggressive.

From the outside the 1969 Chevrolet Camaro Z28 was notable for the presence of two wide stripes which were painted on the hood and trunk lid. In addition, the American car had solid (no vents) side windows. This was achieved through the use of a new ventilation system, which provided better air exchange. 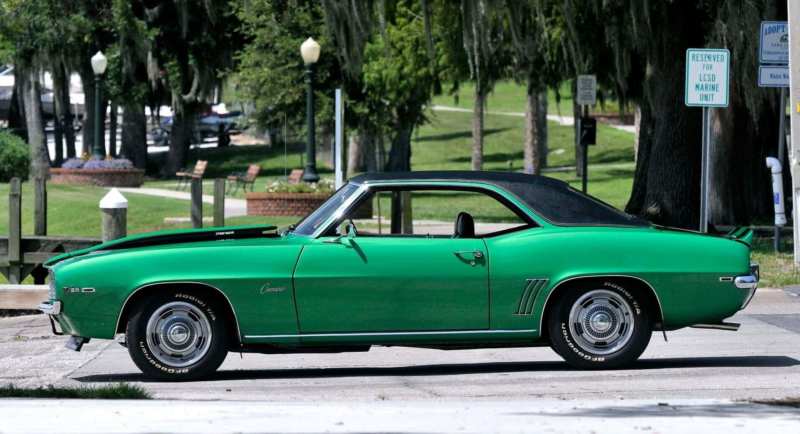 As for the headlamps, they became rectangular, also the taillights were changed, based on the requirements of U.S. legislation on the front and rear fenders began to install parking lights. The truck was equipped with 15-inch wheels. The lion’s share of the exterior panels of the American, including doors, sides, front and rear fenders, were new. The car itself became longer and wider, and looked more aggressive.

The front of the rear fenders featured chrome trim on the upper fenders. The car was also equipped with a spoiler, which had no functional load, it was installed as a beauty, though, slightly regulated the flow of air, which made the car more stable.

Inside the Chevrolet Camaro Z28 is a pleasure to be in. The interior could be finished in vinyl in four colors: black, blue, red or gold. Generally speaking, there were four seats inside. The front had two separate seats, while the rear had a common sofa. Interestingly, already in those years, Americans provided lap belts for all seats, but diagonal (shoulder) seat belts could be installed as an option.

Optional front seat head restraints or a solid front seat with split backrests and an armrest in the center were available. The optional rear seat, which had a folding backrest, was used as additional luggage space. Directly in front of the driver, engineers installed a 3-spoke steering wheel and two massive circular dashboard indicators. 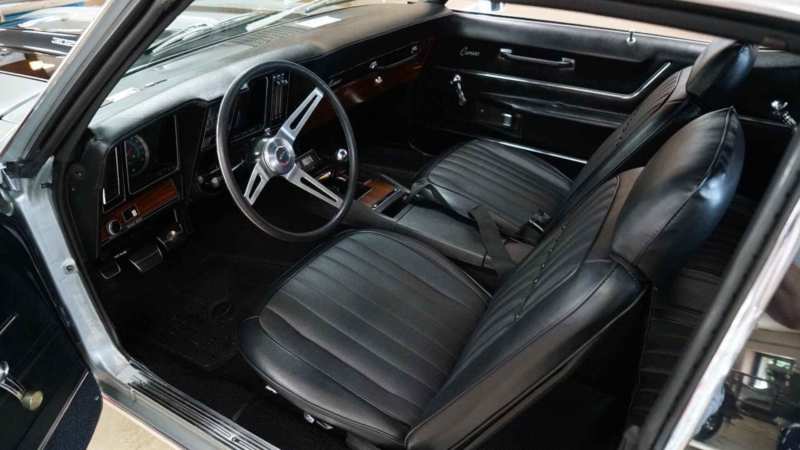 The left side was given to the speedometer and the right side to the fuel level gauge (in the basic solution). If you install a custom console, between the seats, complete with additional instruments (fuel level and coolant temperature indicator on the left, electric clock in the center, ohmmeter and oil pressure gauge on the right), also near the speedometer installed tachometer. There was also a place for the ignition switch on the front panel.

The central portion of the Chevrolet Camaro Z28 saloon has horizontal sliders to control the basic heating and ventilation setup. To install air conditioning and a heated rear window fan, you had to splurge extra. Underneath the ventilation unit there was room for a custom radio (2 options), or for a stereo cassette player. An ashtray was placed below.

The long underhood of the American car had a V-shaped 8-cylinder 5-liter engine, which had a cast-iron block. Only a 4-inch piston and forged crankshaft with a 3-inch stroke (this allowed for quick revs) could be installed with this kind of engine. The engine had an angular, almost regular cube shape. As a result, the engine developed 290 horsepower. Also the model could boast a twin-tailpipe exhaust. 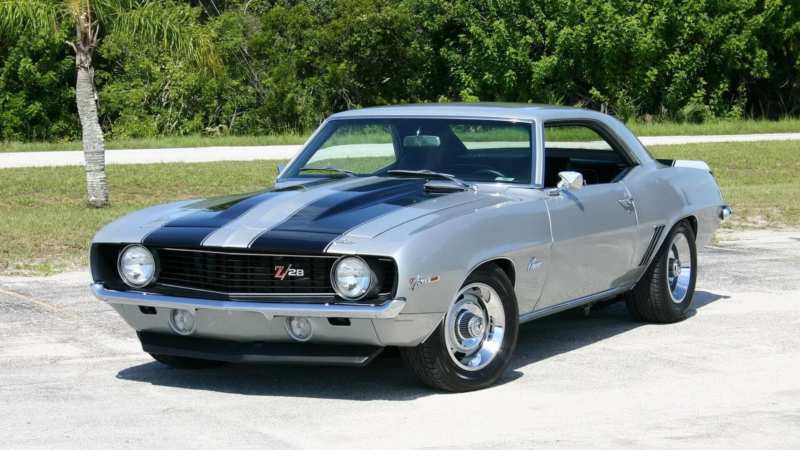 Transmitting all the power from the powerful engine to the rear wheels was a four-speed Muncie M21 manual gearbox. The top speed limit was 197 kilometers per hour. To accelerate from a place to the 100 kilometers per hour mark, the sports coupe would need 6.5 seconds.

The car was equipped with a very strong sport suspension, which minimized body roll in corners. The braking system boasted 280 mm ventilated disc brakes at the front and 230 mm drums at the rear. 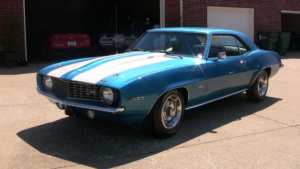 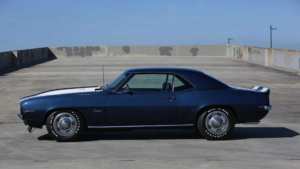 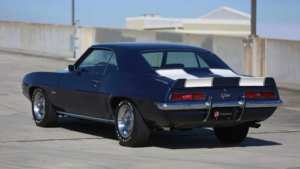 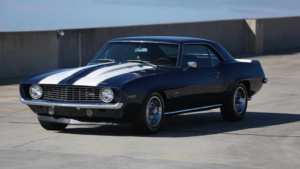 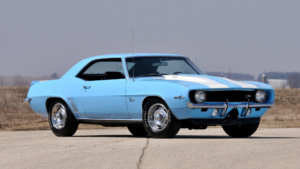 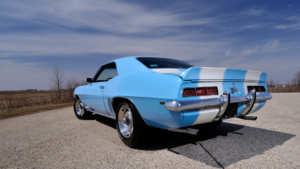 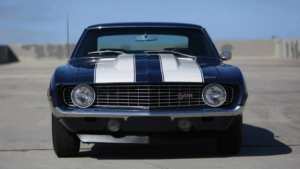 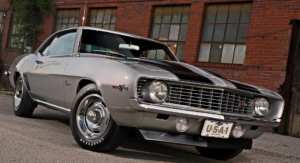 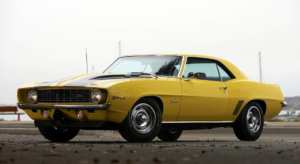