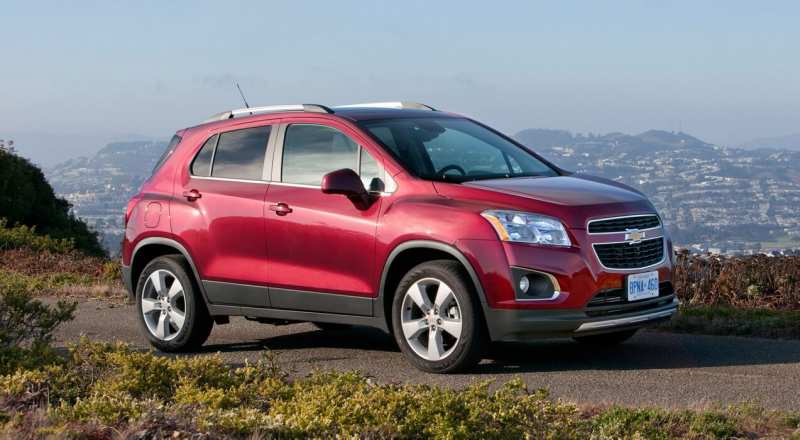 Chevrolet Tracker is a brand new, very compact and stylish Chevrolet crossover. It complements Chevrolet’s line of stylish SUVs. Equipped with a rich set of features and amazing features, which we will talk about below. This crossover was first shown in 2012 in the French capital.

A year later it was officially launched. Chevrolet Tracker car in Russia finally went on sale and will be especially interesting for domestic consumers. Why? Everything is trivial and simple: having a balanced price, the Chevrolet Tracker boasts a good set of equipment and a very good cross-country ability. The whole model range is Chevrolet.

The car looks compact and sporty at the same time. Powerful expressive lines, purposefulness of the front part – everything was created for the car to gain a dynamic image of the American car. Immediately recognizable business card Chevrolet large grille, which is divided by a strip with the logo horizontally.

The massive bumper was equipped with an aerodynamic dodger made of plastic. The headlamps are fogproof and there are additional ducts. Head optics of rectangular shape – it looks very organic with a bumper and grille. The external functionality of the Chevrolet Tracker does not cause any complaints. Along the entire car body there is a large plastic strip, which has a protective function. 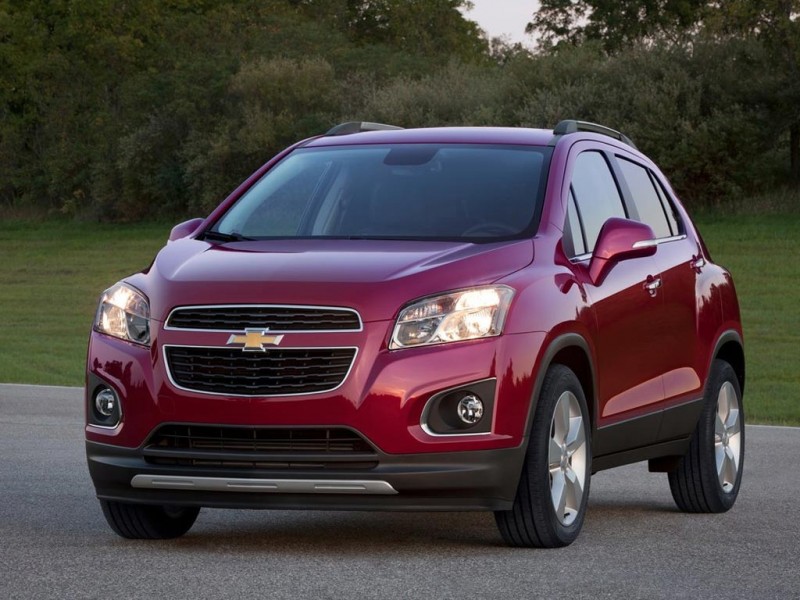 Bumpers, thresholds, wheel arches and bumpers are covered with plastic protection. Doorways are so well positioned that the landing is as convenient as possible for the driver and his passengers. Despite its size, the Chevrolet Tracker is actually much smaller than it looks.

It belongs to the compact crossovers, combining a length of 4248 mm, width of 1776 mm and height of 1674 mm. Depending on the configuration of the car, the Chevrolet Tracker 2014 can be equipped with 16- and 18-gauge wheels.

However, the salon of the American Chevrolet Tracker looks quite interesting and has ornate design solutions. This includes the presence of three-spoke cartoon and analogue-digital mix of devices, which were made in such a way that they are very similar to the style of motorcycles. If we compare them, the console located in the center is not particularly respectable and representative, although it has almost no ergonomic errors.

Below the seven-inch multimedia display there are 3 air conditioning handles and 7 keys. To confess, in the basic equipment, instead of a similar display a standard radio recorder is installed. Despite the unsuccessful side support rollers, the front row seats are soft. They can also be adjusted in 4 directions, and in the top versions up to six. 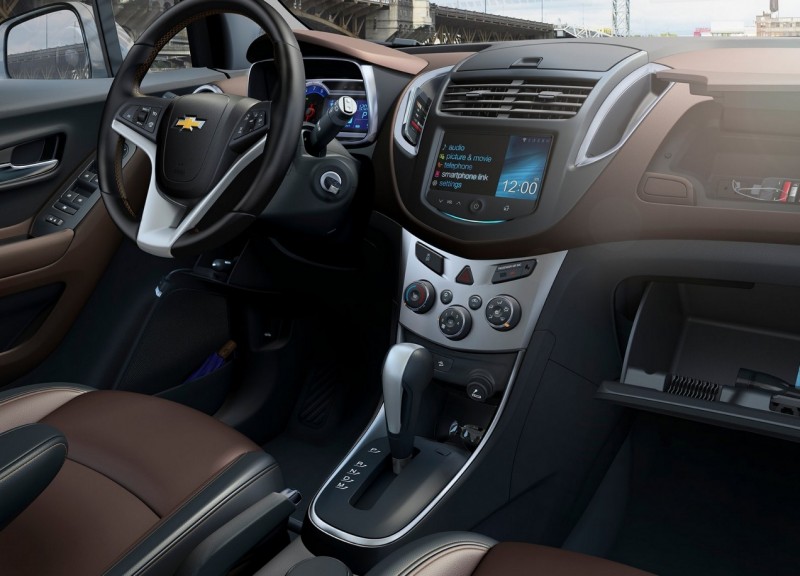 There is not much space for passengers who are sitting in the back row, especially the legs. In this car, under the floor there is a department where the spare wheel and the minimum necessary tools are placed. The dashboard, on the other hand, has a lot of pockets and compartments to keep things safe, a couple of gloves, sunglasses and even a place to put your device and charge it.

The lever of the automated gearbox is located very comfortably and, what is important, does not block access to other functions. On the doors of the new Chevrolet Tracker panel on the driver’s side are the keys of the electric window lifters, as well as the joystick settings for rear view mirrors. 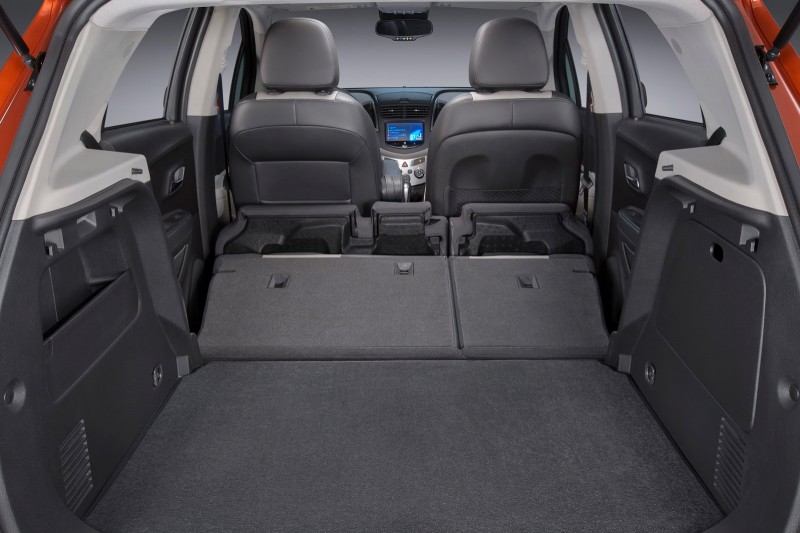 It’s nice to have lumbar support on the seats, which will be very helpful given the long journeys. In terms of comfort, the American is a competitive car, which even competes with the European automobile concern. The quality upholstery with leather interior is very good. The interior is quite spacious.

The basic modification of the Chevrolet Tracker 2015-2016 comes with a multifunctional steering wheel, four airbags, seat heating and rear visibility mirrors, electric mirror drive and electric glass drive installed in front. The changes that have affected this American car tell us that the company aims to win the favor of motorists not only in the United States of America, but also in European countries.

There are two gasoline units on the European market: a 1.4-litre turbine engine, six-stage mechanics or automatic, and a jogging system. In the mixed cycle it consumes 6.4 liters per 100 km. and an atmospheric engine with a volume of 1.8 liters.

It consumes a little more fuel (7.1 litres), 140 horsepower, a five-stage ICPC or a six-stage “machine”. The 1.8-litre atmospheric engine has a DOHC system with distributed fuel injection and is supplied only with a front-drive configuration. 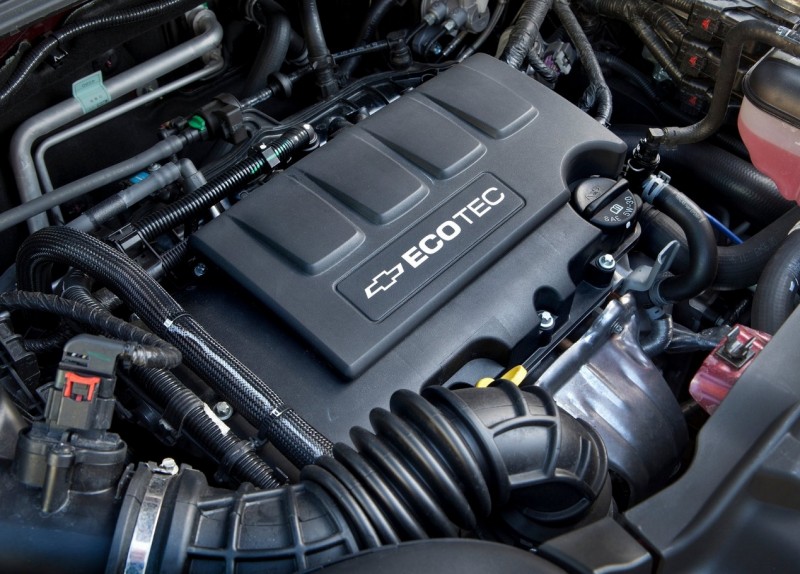 As for the all-wheel drive version of the Chevrolet Tracker, it is equipped with the Borg Warner multi-disc electronically controlled clutch, which has found its place in the rear axle drive. As a standard, all traction goes to the front wheels, but if they slip, up to 50 percent can go to the rear axle, which will allow you to drive even where the rest of the cars would be stuck.

The standard for the Tracker is the Gamma II base, which has an independent suspension unit of McPherson in front and a semi-independent architecture with a torsion beam at the back, no matter which drive. The steering wheel is controlled by means of a “pinion rail”, where the 1.4-liter vehicles are equipped with electric power amplifiers and the 1.8-liter version with hydraulic power steering. The braking system has 300 mm discs with the option to ventilate the front and 268 mm discs at the rear. In addition, there is an ABS and EBD system.

Chevrolet has equipped its Tracker product with the necessary safety feature. The option was designed based on a front camera (such as the Opel Eye) and a camera that provides rear visibility. This feature provides the driver with a whole set of features:

The auxiliary equipment of this jeep includes:

It was nice to have three-point seat belts for all passengers, four airbags and a sturdy body frame that can withstand the weight of four times the weight of the car. The main thing is that all this is included in the basic equipment! What’s more, the parking sensors will signal you about unsafe approaching obstacles behind the car, the main big screen will display all the information from the rear camera to protect your actions and the option of attaching ISOFIX child seats together with the folding pedal unit for leg protection are included in the basic package.

In the automotive market of the Russian Federation, you can buy an American off-road Chevrolet Tracker in 2015-2016 in three configurations: LS, LT and LTZ. The most basic car will cost from 17187 $. Among other things, the standard equipment also has a hydraulic power steering, front seat heating, lift support system, music system with 4 speakers and front windows. The most top-of-the-range equipment will be valued at $20667 and has four electric windows, rear parking sensors and multifunctional steering wheel. 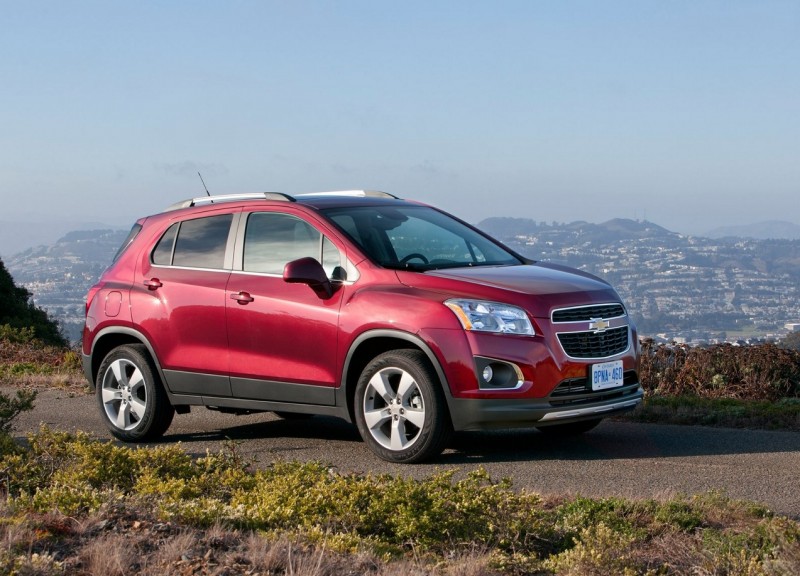 The LS version has a presence:

The complete set of LTZ except for already mentioned systems presence:

The set of LT has among other things the presence:

Summing up the results of this car, nothing bad can be said. It is clear that this is not the best, but still the SUV. Pleasant appearance is well combined with restraint of Chevrolet automobile company. Pleasant sensations do not disappear after getting into the car interior. Although there are no premium materials here, but everything is well fitted and everywhere blows with ergonomics and special stylistics.

Unusually designed dashboard will only interest every connoisseur of cars, and the presence of 7-inch display will display all the necessary information, including the image from the rear camera. In addition, it can serve as an entertainment multimedia system. 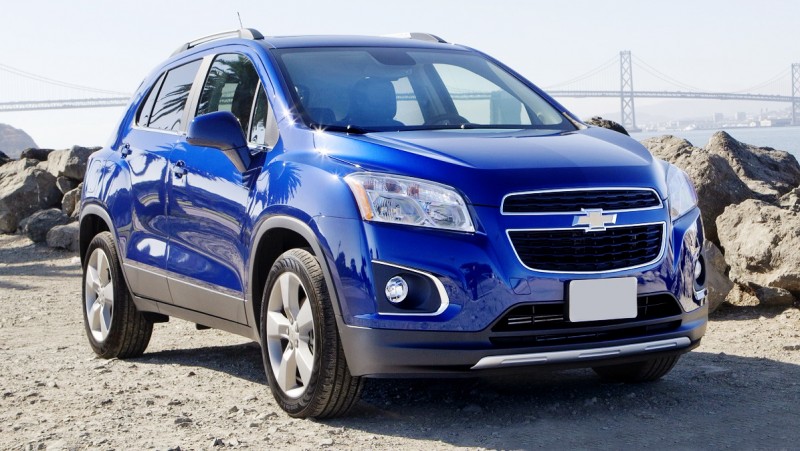 Good powertrains have the necessary power reserve and allow you to feel confident on any part of the road, when driving uphill or overtaking. The three rear passengers will not sit comfortably, but as they say in Russia: “in crowded places, but no offense,” the more so because the same “offense” is not critical.

All-wheel drive will allow you to drive even in places where simple cars can be “drilled”. It was not in vain that American specialists are trying to gain respect and attention not only of drivers from their country, but also in European countries. And Chevrolet Tracker 2015-2016 only helps to do it! 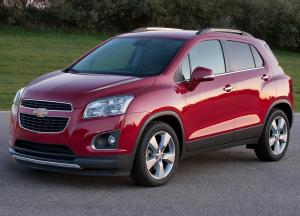 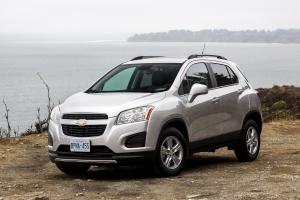 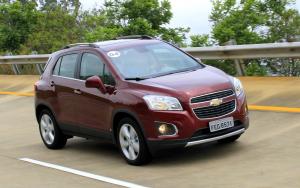 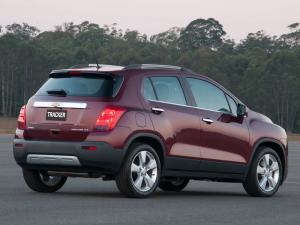 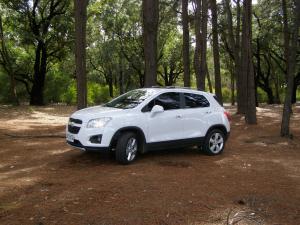 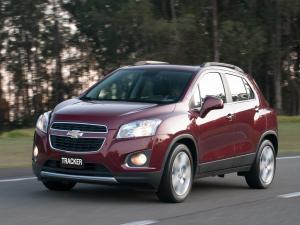 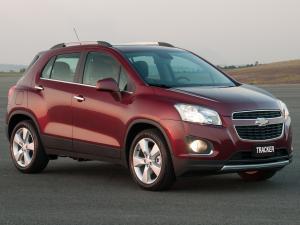 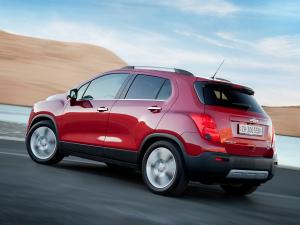 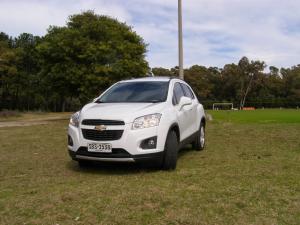