Smart Automobile is a division of Daimler AG, located in Böblingen, Germany. The start of the project for Smart machines was finally 80’s and is connected with the famous Swatch company. After a long period of development the first car was shown to Daimler-Benz in October 1998. Several variants were presented along with an original project called Fortwo. The whole Smart range. 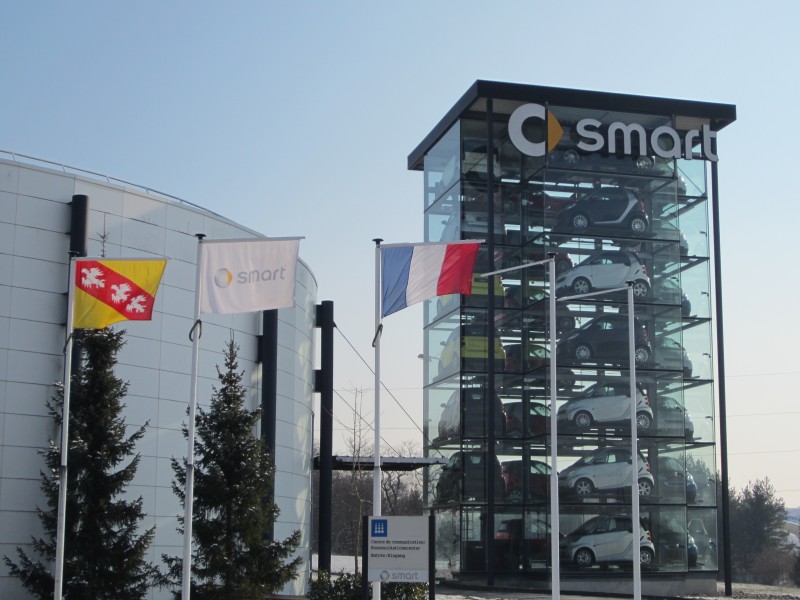 Various Smart models are sold worldwide, including Asia, North and South America, Australia and Europe – both gasoline powered and electric sports models. In the late 1980s, SMH’s director, Nicholas Hayek (watchmaker under the Swatch brand), was obsessed with the idea of a new car. 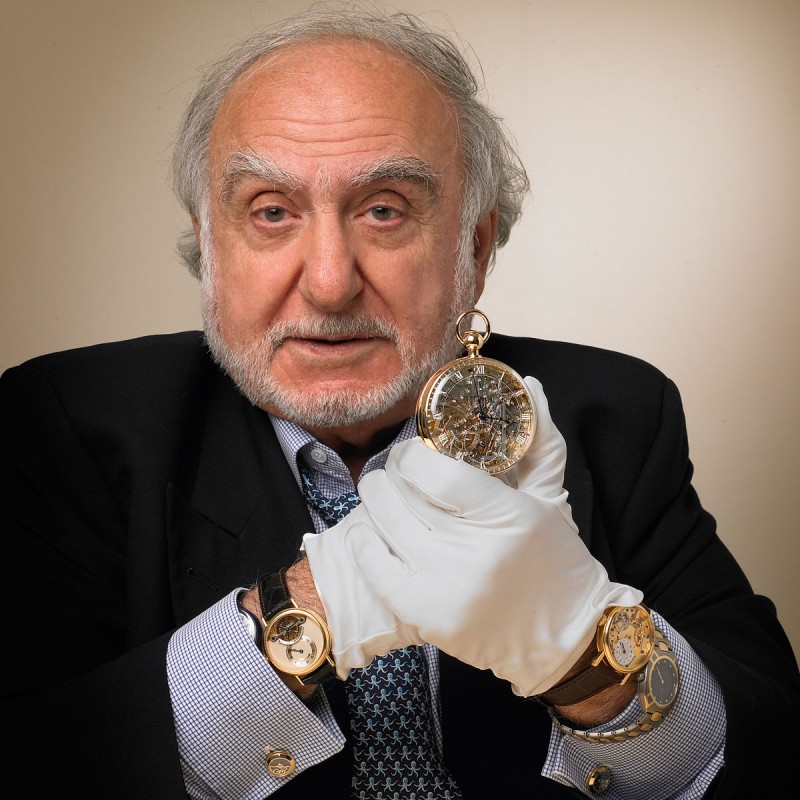 He believed that the automotive industry was stubbornly ignoring potential customers who wanted a small and stylish city car. This idea soon became known as “Swatchmobile”. Hayek Engineering AG, a private company of Hayek, began to design a new 2-seater SMH car with a hybrid transmission. 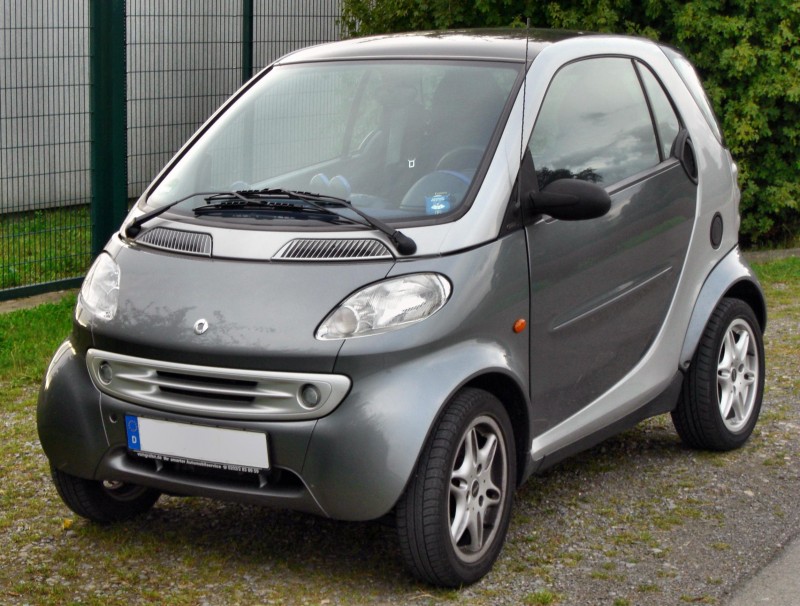 Hayek tried to find support from the Volkswagen Corporation, but its management insisted on the concept of a four-seater car, something that resembled their own Volkswagen Lupo 3L. Moreover, Volkswagen tried to dominate the project, which did not suit Nicholas Hayek. 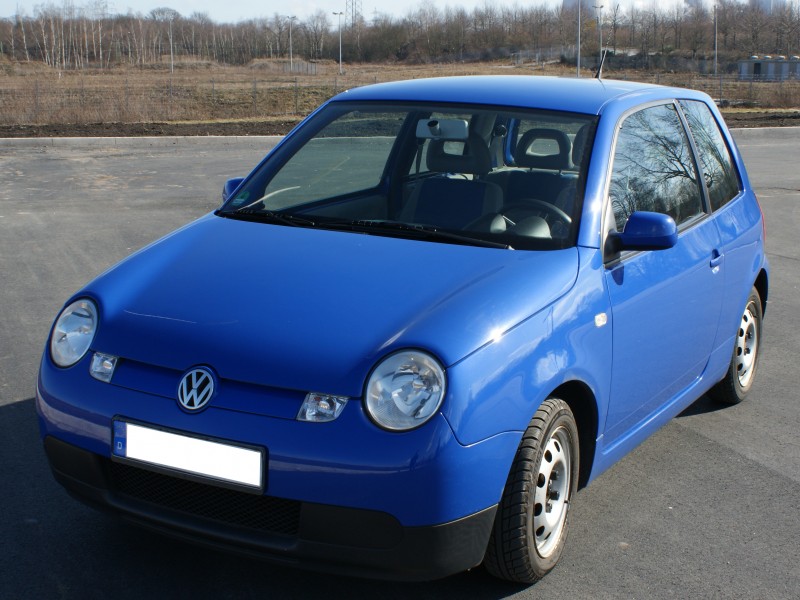 Finally, an agreement was reached with Daimler-Benz AG that the companies will merge to form the Micro Compact Car AG (MCC). 49% of the initial capital of CHF 50 million was secured by SMH and the remaining 51% by Daimler-Benz. By the end of April 1994, MCC opened its headquarters in Biel, Switzerland.

One of the first disputes in MCC was the name of the car itself. Hayek insisted that the name should retain Swatchmobile or Swatchmobile in some way. The choice fell on the acronym “Smart”. 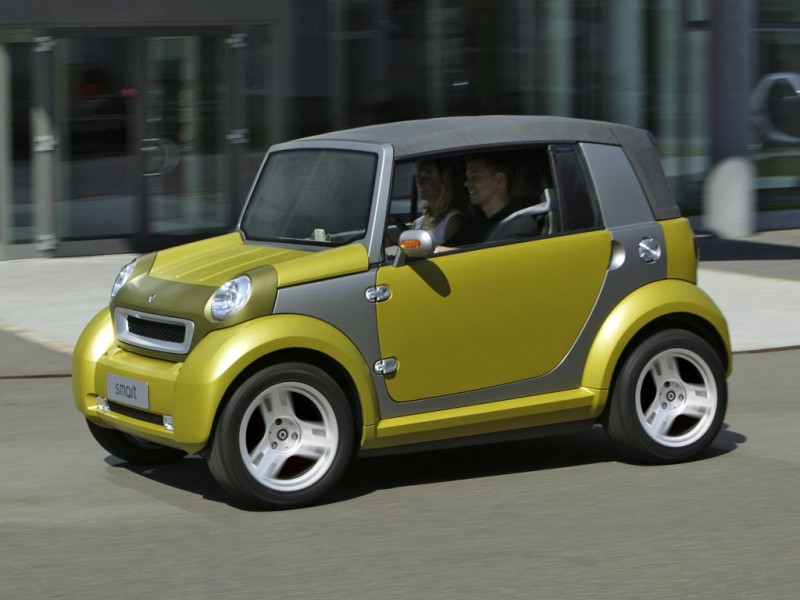 In 1994, co-executives identified a site for the assembly plant: Hambach, France. The plant was named Smartville. One of the factories was opened in October 1997 by the heads of two states with a traditional ribbon cutting. 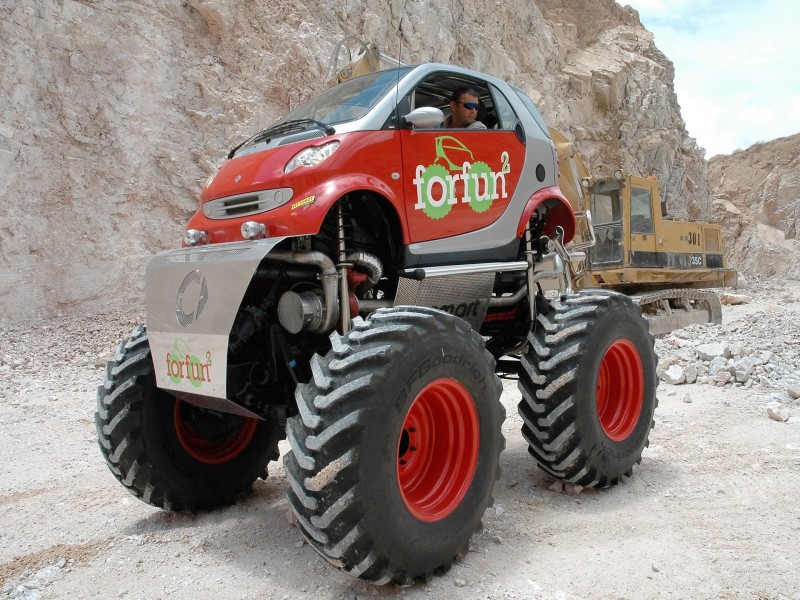 Produced successfully in 9 European countries in October 1998, the final design of the car did not correspond to the intentions of Hayek, who insisted on a hybrid transmission, instead the end product was equipped with a gasoline engine. In speed, Daimler-Benz bought a part of the company from Hayek and moved the office to Germany. Since 1999, the name of the company was changed to Smart GmbH. 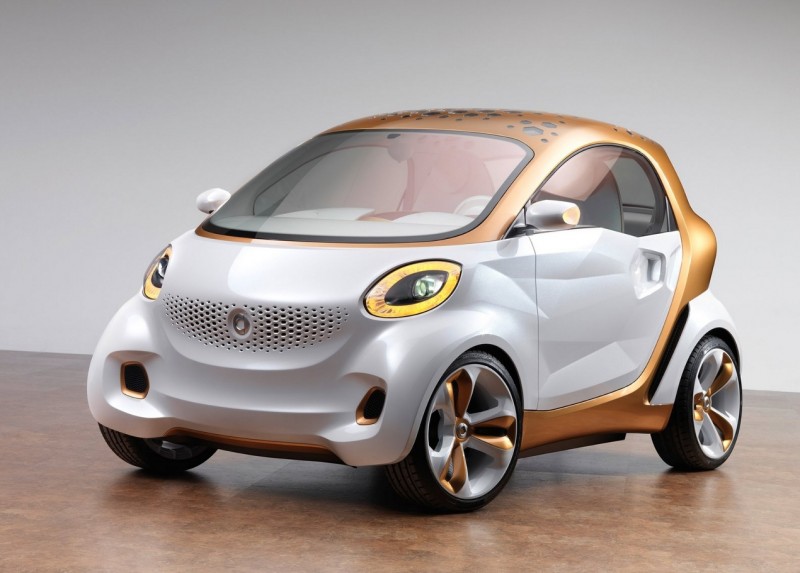 The assembly line was subsequently expanded to produce a rear-mounted Roadster, rear-drive, four-door and four-seat, named Forfour (the original city coupe model was renamed Fortwo to fit the new designator scheme). However, the project remained unprofitable. 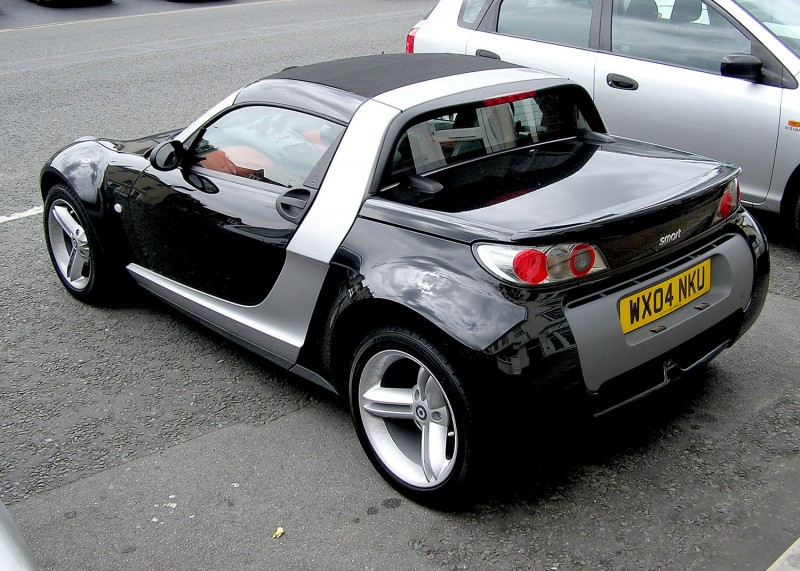 In 2005, Daimler refused to acquire a 50% stake in the Dutch factory NedCar, which produced Forfour, thus stopping its production. The following year, due to the unprofitability of the Smart GmbH brand, it was liquidated and absorbed by Daimler-Chrysler. 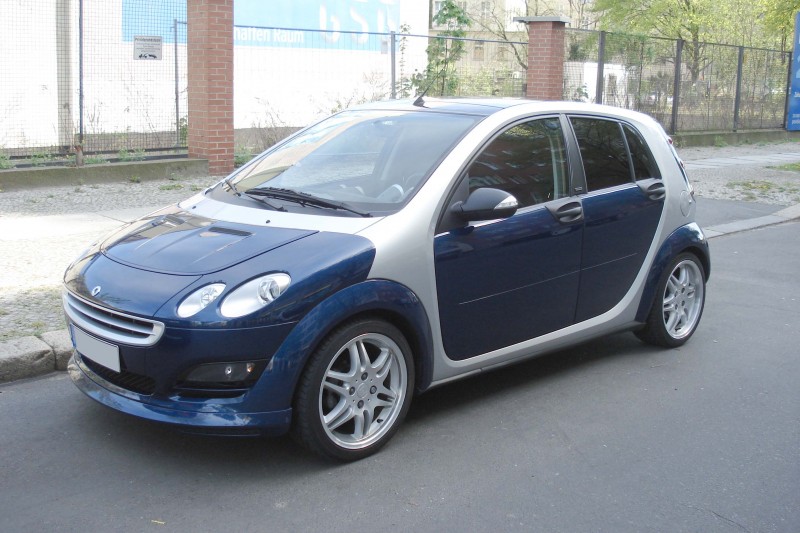 Smart currently operates as a division of Mercedes-Benz Cars Daimler AG, presenting only Fortwo Coupe and Cabrio models. In addition to the original short Smart Fortu, the sports Smart Roadster, was produced in limited quantities in the early 2000s by Smart Crossblade and Supermini Smart Forfour. Not currently produced. 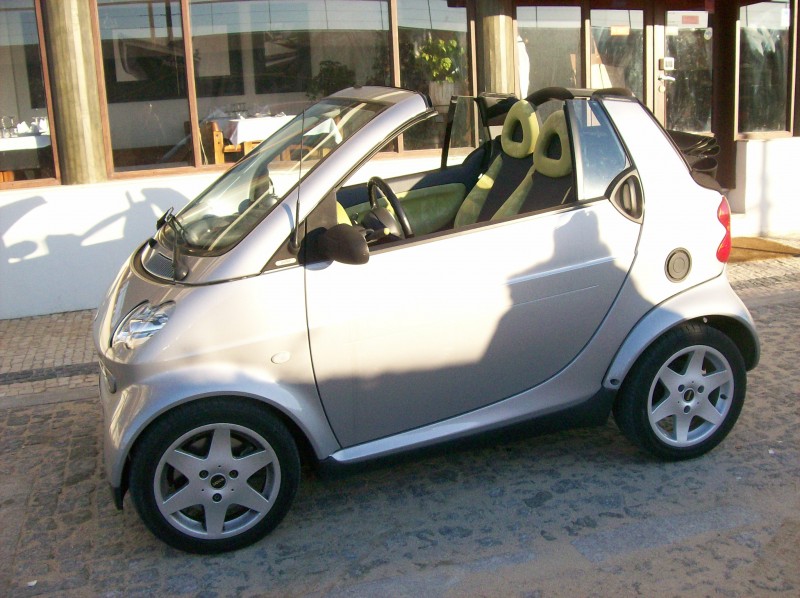 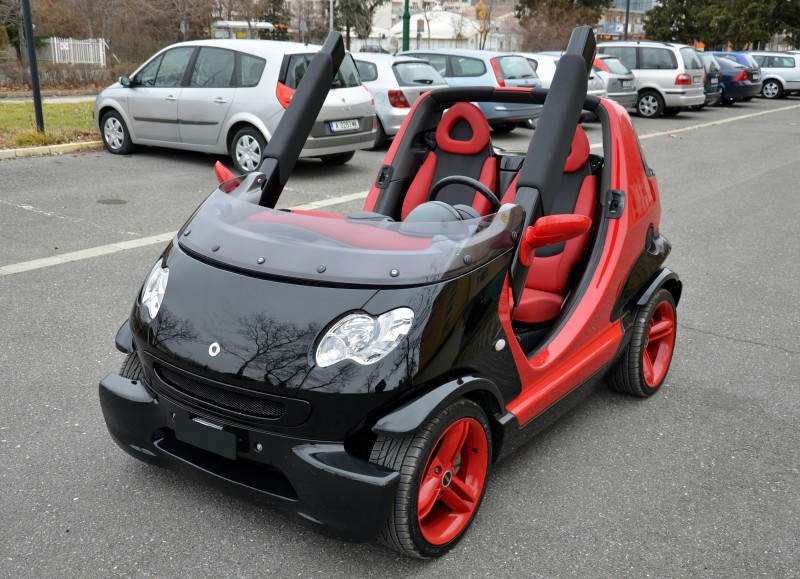