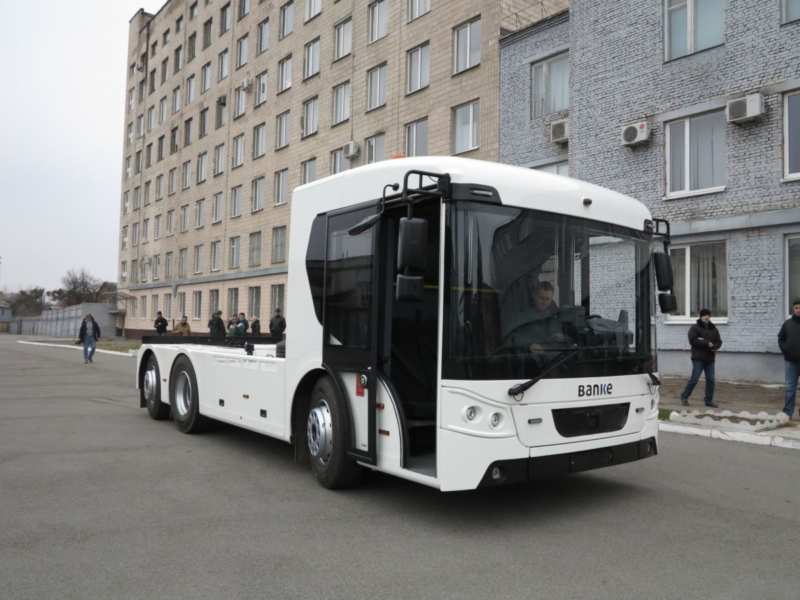 Nowadays, major commercial vehicle manufacturers are actively working on the development of machines on alternative power sources. The lion’s share of the market is occupied by machines working on electricity. And it’s not just that. Since 2025, various countries have been planning not to purchase distribution vehicles with internal combustion engines.

Bogdan Motors” company also has its own thoughts on this subject, so it is the first company in Ukraine that has already produced a heavy class electric truck – ERCV27. It is obvious that the company strives not to lag behind modern trends. Banke Electromotive company from Denmark also worked on the development of electric truck. 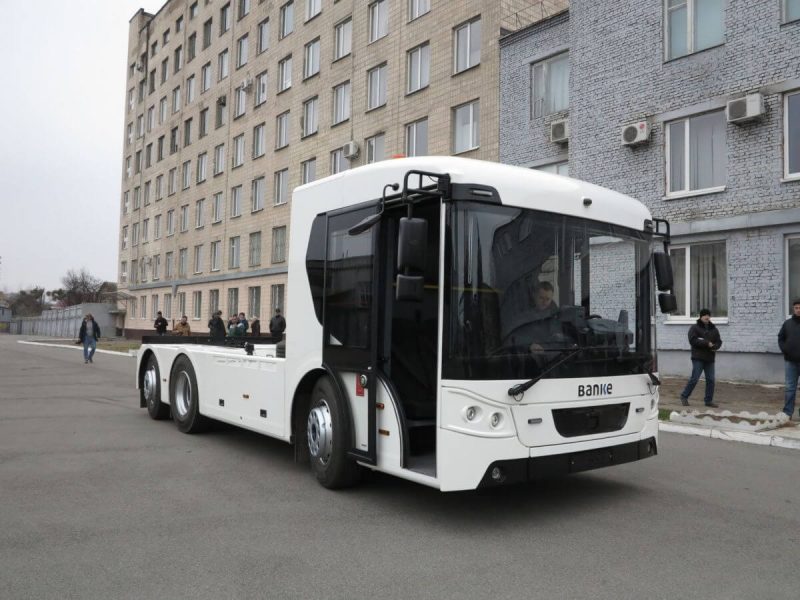 The machine is designed for municipal needs, e.g. as a compactor chassis (waste compactors). The official presentation of the truck took place on November 22, 2018 at Lutsk “Autoassembly Plant No. 1”. The Minister of Infrastructure of Ukraine Volodymyr Omelyan visited the demonstration of the novelty. At the moment only two conceptual versions have been produced, but when the model is certified, it is planned to produce a small batch of 10 cars.

The electric truck is designed for mechanized loading of solid domestic waste. It is planned that the novelty will be delivered to the cities of the European Union. The ERCV27 truck is not a frame vehicle, which is what makes it stand out. In this case, a spatial frame made of stainless steel was used. The cabin turned out to be low-floor, as in the bus.

On the driver’s side there is an additional step. Inside the cabin is spacious enough, passengers can stand in full height. The height of the cabin is 2 meters. The presented sample cabin has a 4-seater layout, but there are also options with 3 seats. The steering wheel can be adjusted in the angle of inclination together with the instrument “board” with the help of pneumatic drive. 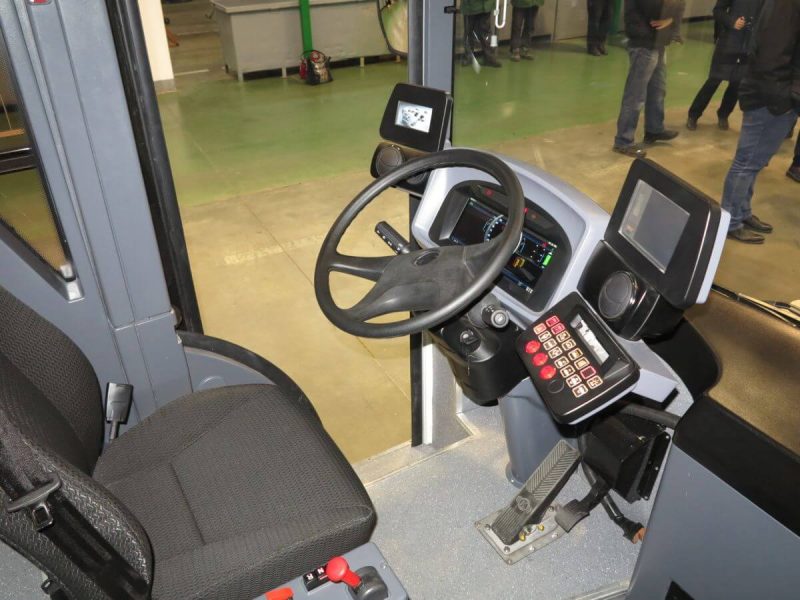 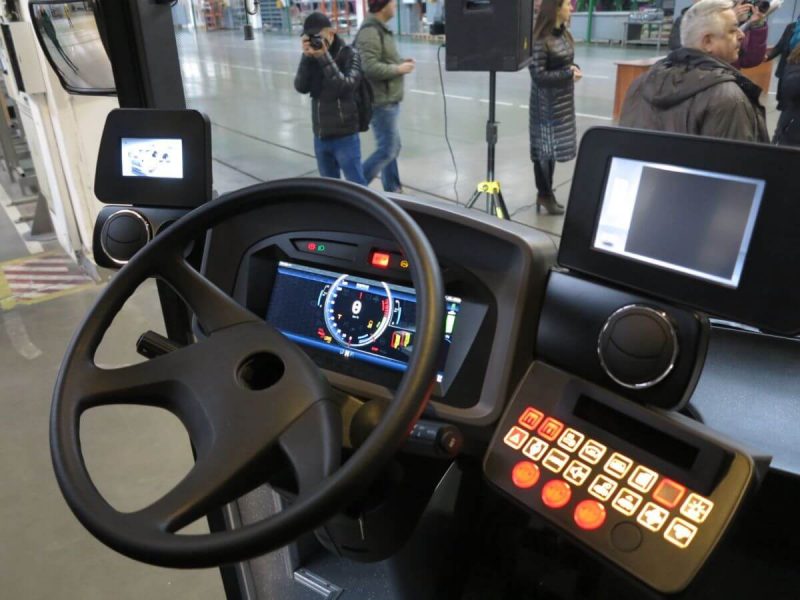 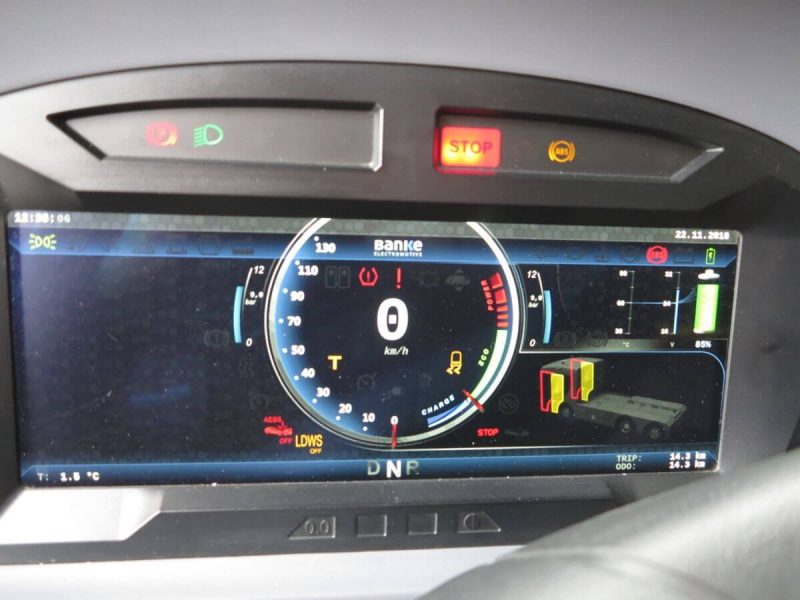 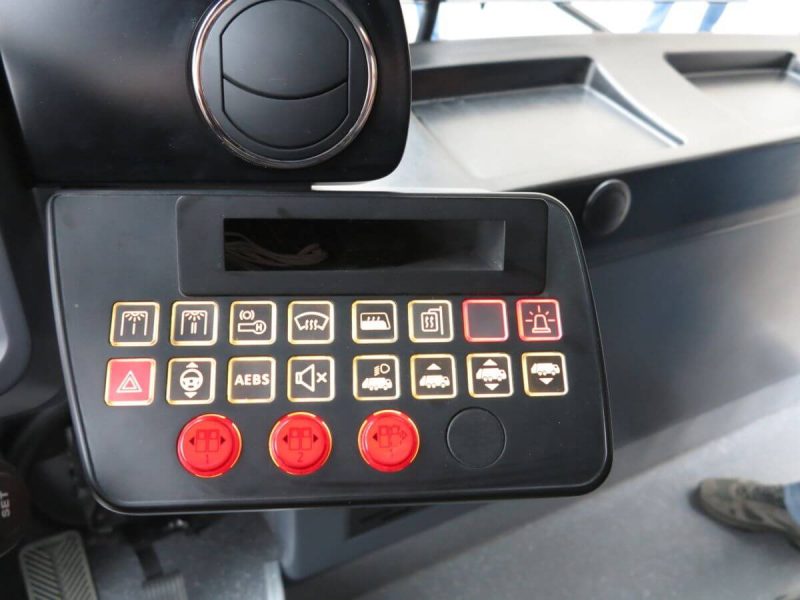 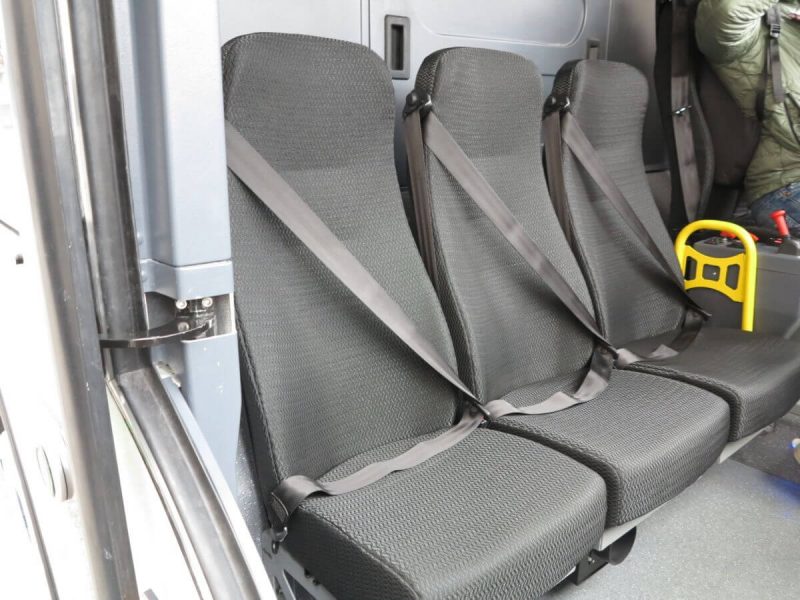 The driver’s seat can be adjusted longitudinally and at the angle of inclination of the pillow. Electric truck ERCV27 is distinguished by a large area of glazing and massive mirrors, which fits maneuvering in the city limits. It is also possible to set the technology of circular video surveillance. Installed on the sides of the door sliding type, their width is 650 millimeters. They also work with the help of pneumatic system.

At the moment in Ukraine, they are not engaged in the production of such electric bridges, but trolley buses “Bogdan” go with domestic electric motors of Kharkov enterprise “Electrotyazhmash”.

Electric motors operate with lithium-iron-phosphate batteries, which have a capacity of 220 kWh. They provide a range of up to 220 kilometers per charge at a speed of 50 kilometers per hour.

The battery has a service life of up to 2,000 charge/discharge cycles. The factory also provides a 12-year warranty. It is very important that the battery is placed behind the cab in a special compartment. It can be easily replaced with a crane. Fully charged batteries can be charged in 8-9 hours. 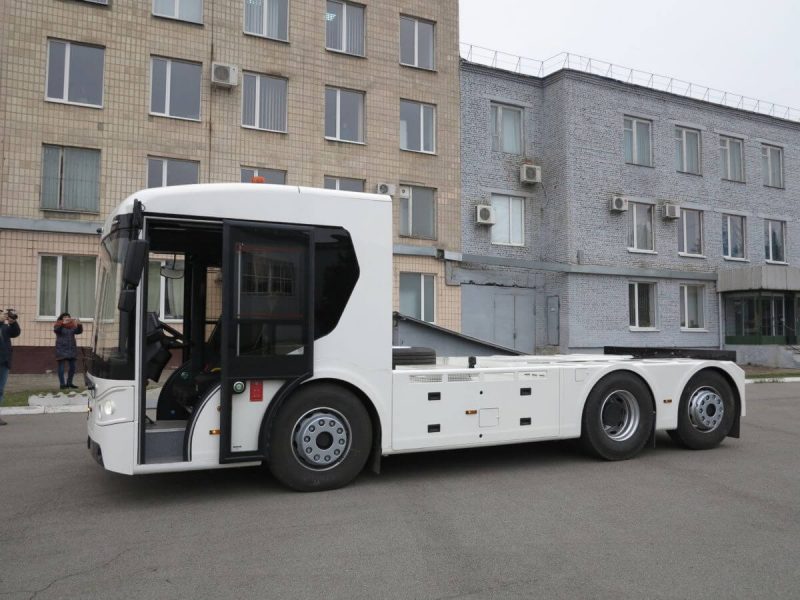 As for the curb weight of the chassis, it was 9,800 kilograms. The total weight of the Ukrainian electric truck can reach up to 27,000 kilograms. As for the suspension, it is pneumatic, independent for both the front and rear axles. There is a technology of automatic support of a clearance, despite of loading.

The braking system is also represented by a pneumatic device that is electronically controlled by EBS from Knor-Bremse. The brakes are equipped with disc brakes. The electric truck also has an electrodynamic brake with regeneration technology (recharging the batteries). 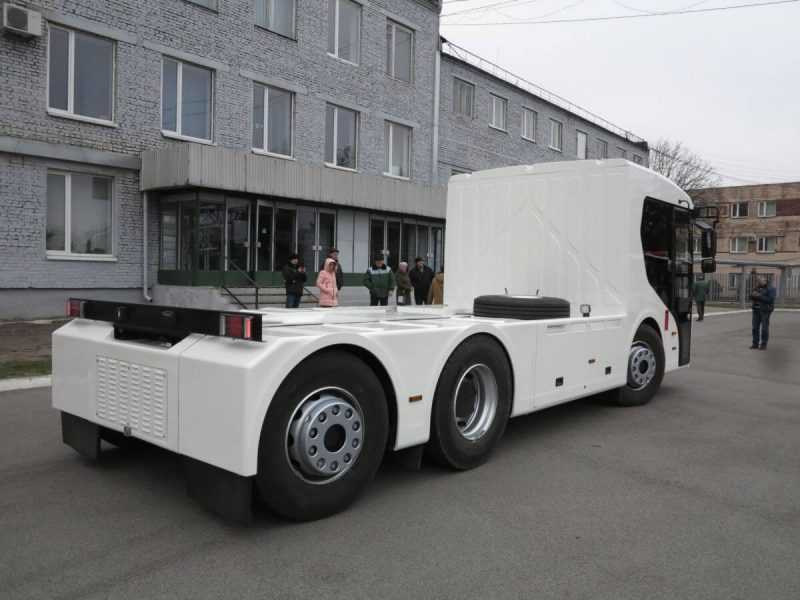 A power take-off of the hydraulic pump length, which has a peak power of 45 kW, can be seen at the rear of the cab. Next to it is the CAN Bus electrical connector. For this reason, it is easy to install it on the chassis of the special tanker. It is necessary to note good maneuverability of the Ukrainian electric truck ERCV27 – turning radius was only 7.4 meters. As it turned out, not only the front wheels are controlled, but also the rear wheels.

Maximum speed mode is based on the mark of 80 kilometers per hour. The novelty has the most modern systems that are responsible for active safety. This is an emergency braking function in automatic order. The truck will be equipped with adaptive “cruise” and technology that monitors the lane.

At the moment the electric truck is planned to be delivered to Germany, Belgium and Denmark. The exact price is still unknown, but it is expected to be around 400,000 euros. But the price may vary depending on the needs of a certain buyer and may be lowered, taking into account certain components.