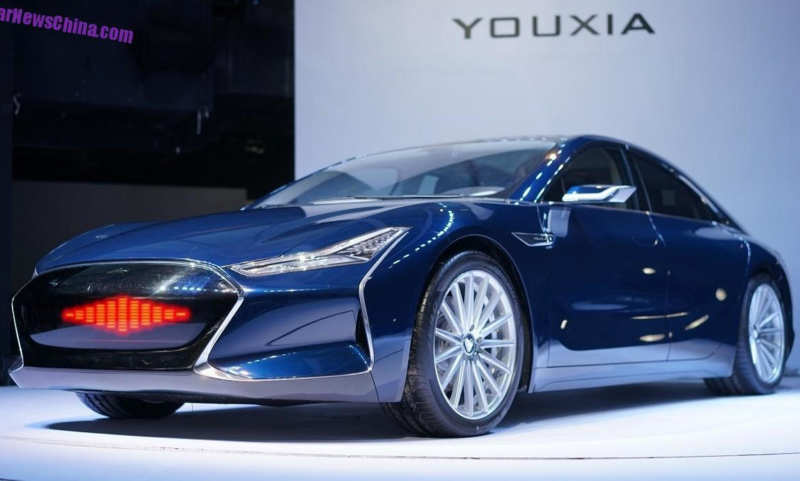 After Tesla Model S entered the automotive market, many things have changed dramatically. The goal of many automotive companies was to design and manufacture a worthwhile competitor to the American electric car. And already the world saw several large opponents of the American model, such as Porsche Mission E and Thunder Power.

If already the European companies have engaged in similar question Chinese manufacturers have decided to take part in this “race” also. So, very interesting model Youxia X was presented. As the developers assure, their brainchild is able to fight for the market of electric machines in the next 2016 year. 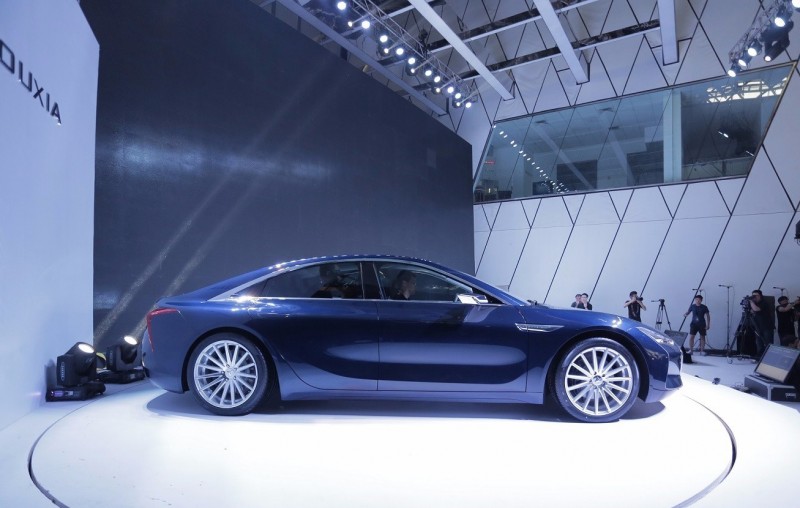 Given the fact that the heir to Tesla Model C will look similar to his predecessor, the new Chinese sedan looks more interesting. The prototype of the electric car had only optics with LEDs, wide wheels and quite attractive appearance.

One of the most interesting places on such a car is located where simple cars have a radiator grille. It is interesting when they fake Tesla Model X ? There, the colored screen which is covered with protective glass has found its place. It was decided to cover the glass with a special layer of film, with the help of which, this screen will be invisible in a non-functioning condition.

On it there are cartoon characters and Youxia logo. At change of a picture, the driver can display absolutely any information and a picture. While it is not quite known why it is necessary, but as a unique feature, this invention is used only by the Chinese. When looking at the details of the machine, you can notice the lack of elements of aerodynamics, as well as smooth lines. 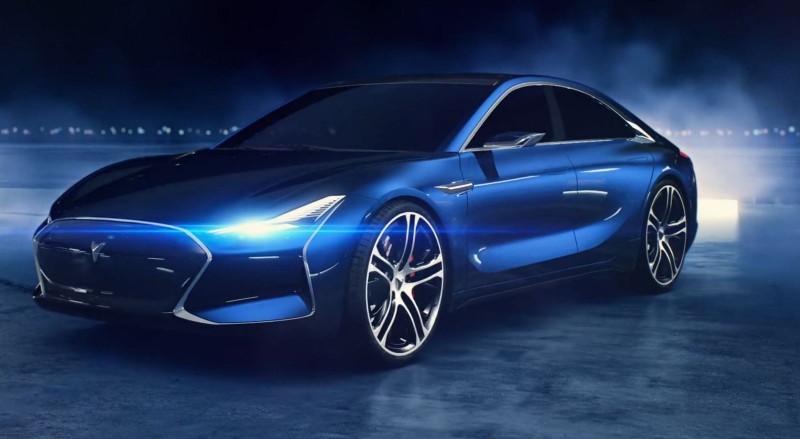 Moreover, not the largest wheels in terms of diameter were installed. In all other things, the appearance of the Chinese novelty is easily comparable with the current generation of cars, so it will not be a shame to come to any business meeting. In short, Chinese manufacturers have clearly demonstrated that they are ready for mass production of Youxia X.

As for the power plant, it is doubtfully very similar to the American analogue. Taking into account Chinese sources, the car is powered by a gasoline engine capable of developing 348 horsepower. It can reach hundreds faster than 6 seconds, and the maximum speed is limited, as well as at Tesla itself to 200 km/h.

Batteries can be installed with 40, 60 and 85 kilowatts. It depends on what equipment will be installed and what batteries, the range will be 220, 300 and 460 km, respectively. There are rumors that charging of the car will be very fast. In order to drive 270 km, it will be necessary to drive some 30 minutes. These are quite decent figures, if we take into account the country’s manufacturer.

The Chinese novelty salon is also very similar to the American model. All the interior stuffing is similar to the decoration of Tesla, but there is also some difference. One significant difference is the logo on the three-spoke steering wheel. Everything else looks exactly like Tesla Model C, except for the small elements.

In its place is a monitor with a 17-inch diagonal display, which was decided to replace all the keys to control the dashboard. It looks like a large tablet was installed in the interior of the car for some reason. It functions on Android OS. 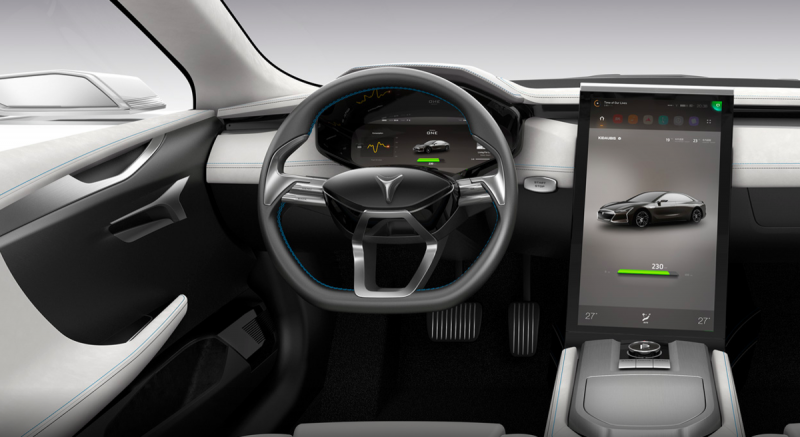 It also works quite well with iOS technology, and that’s why there’s access to the Internet, music libraries and a list of contacts of the device, which was connected. Synchronization itself is based on the Bluetooth 4.0 function.

It is necessary to pay attention to a special application, which makes it possible to feel the sound of real super cars, more precisely, their sound, with the help of speakers. Taking into account the good optimization, while driving, there should not be a feeling that the car is being accelerated in a single gear. 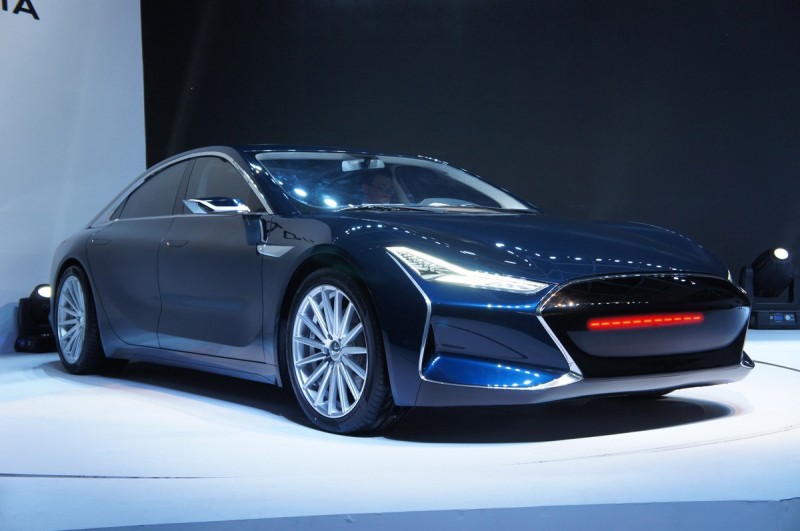 Interestingly, a serial production electric car will be demonstrated in 2016. The pricing policy has not been provided yet, but it is estimated that it will be between $35,000 and $50,000. In any case, according to clear logical criteria, it should be cheaper, the week of Tesla Model S, manufacturers hope that this will contribute to the popularization of the Chinese novelty.