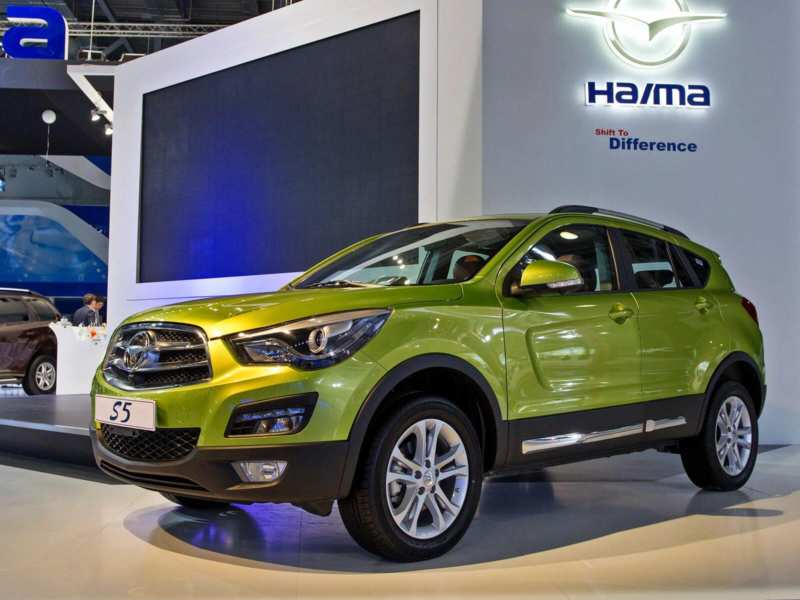 Haima S5 is a crossover that was presented for the first time at the Guangzhou Motor Show in autumn 2013. Among the product lines of the car, it took the niche below the model Haima 7, and its implementation in the Russian market began in late 2014. The whole model range is Haima.

Paying attention to the appearance of the Haima S5 crossover, its qualities – high dynamism, assertiveness and power – can be easily understood. All this is smoothly intertwined with stylish and modern character and unique stamps on the body of the car. The car has a large bumper at the back and beautiful lighting equipment.

If you look the Chinese man in the “face”, you can see the original 3-level lighting system with large “eyes” of headlights at the top. LED running lights and indicator lamps have found their place slightly below. At the very bottom of the building there were fog lights. 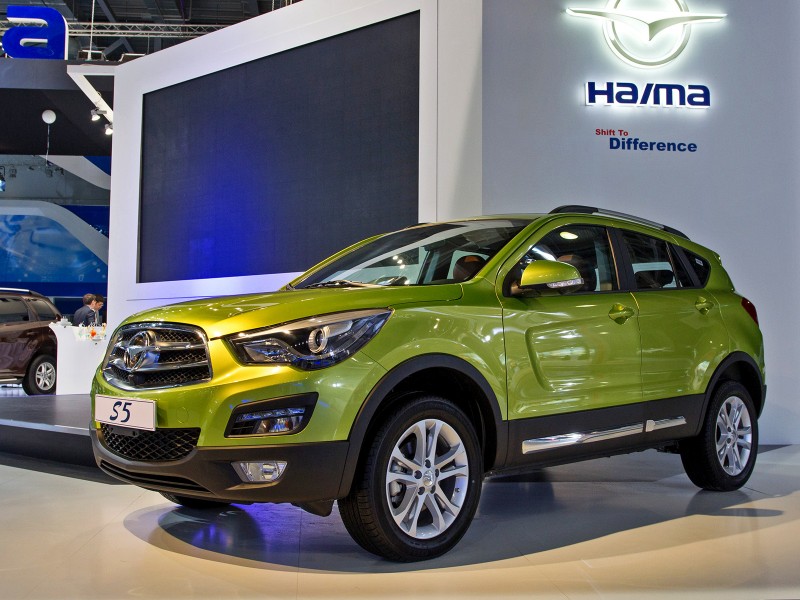 The slightly wide “nostrils” of the front grille were decorated with chrome. All over the body of the Chinese car is visible finishing black plastic, which gives it more solidity and formidable. Moreover, it is able to protect the bottom of the body from stones and various damages. Looking at the Chinese car from the profile, it is pleasant to find stylish lines with unique proportions.

Everything looks very harmonious, without any extremes. Designers decided to introduce a high area of side glazing, large doorways and a compact stern. The latter clearly differs in design assembly. It is immediately obvious that the entire design staff did not rest on their laurels, but on the contrary worked with great effort. There is a large number of horizontal lines with smooth transitions, ribs and ledges, which make the Haima S5 crossover very stylish. The wheels are either 16 or 17-inch.

The overall impression of the cushion saloon is slightly spoiled by the fact that it is too flat on the front seats. Driver’s seat ranges are good, so it’s easy to adjust the steering wheel and seat. There is enough space on the rear seats, both in the legs and above the head. Three people will be able to fit.

It turns out even a little bit strange, as if the crossover possesses the small sizes, but inside has the big space. Only so you want to saw off your feet. The interior of the car Haima S5 was designed for 5 people and was carried out in a similar style, as well as the appearance. 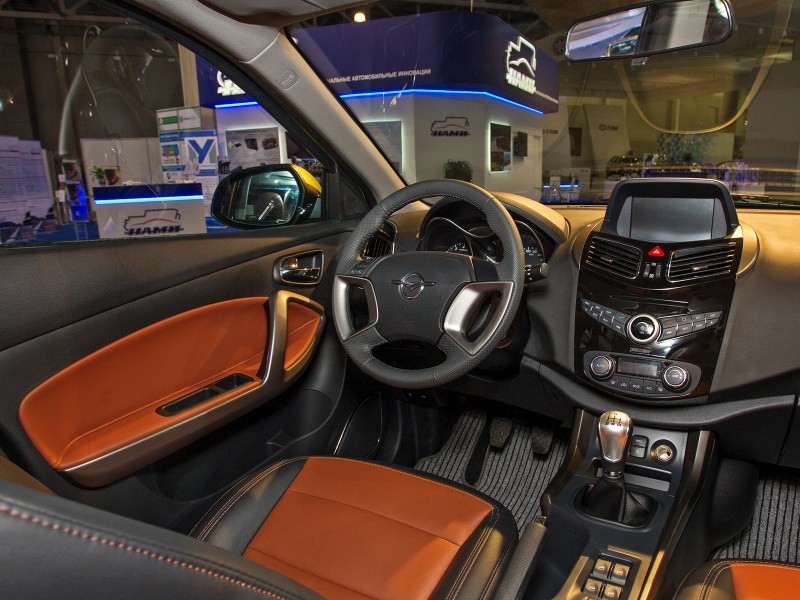 The entire front panel is quite unusual and pleasant, except for the deeply planted touchscreen display, which makes it a bit difficult to access the display areas that are located on the sides. The dashboard is very bright and has its own charisma. It is necessary to make a glove box, which is quite spacious and large enough to please customers.

As a standard, under the screen placed the keys to control media files, but there are a couple of air ducts stove, and between them a sign of emergency stop. Even lower, the panel of settings of the media system has found its place, below which is the control unit of the air conditioner.

As for the seats, they are comfortable enough and were made by the same design staff that worked on the older brother S7. Plastic, which was used in the assembly of the cabin, is not afraid of thermal stress.  In general, as it is not difficult to admit, but the Chinese manufacturer is trying hard to make cars of higher quality.

Speaking of luggage compartment, we should not expect a champion’s volume, but everything is neat and in its places. Under the floor there is a full-size spare part and tools. Despite all this, there is still more free space than KIA Soul or Subaru XV.

Maximum speed with a similar engine will be 165 km/h. The average fuel consumption will be about 7.3 liters per hundred kilometers. 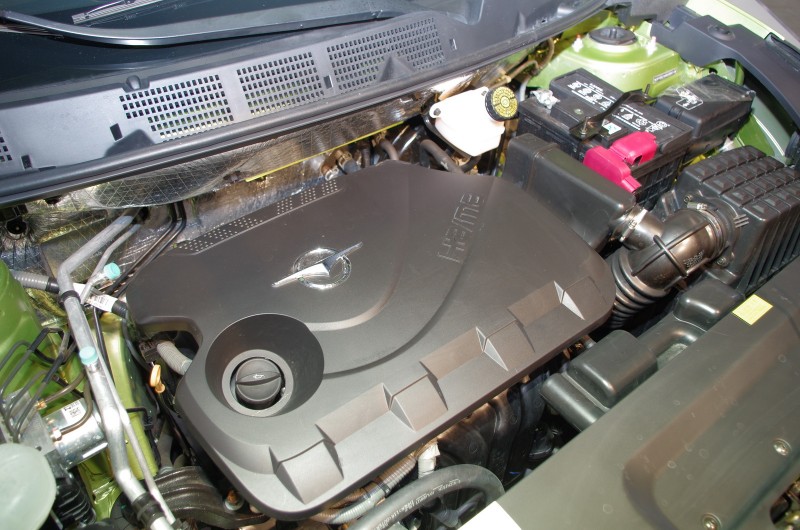 As a basis of the crossover of Jaime C5, an upgraded platform from Mazda Tribute, which is already known to our drivers by the car Jaime 7. Basic equipment already has the presence of ABS + EBD, BAS. Moreover, it is possible to add optional services ESC and EDS. If we talk about the braking system of the car Haima C5, it is represented here by disc brakes on all wheels, but in front they are still ventilated.

The steering is represented by a steering mechanism with electric power steering. A little later, the company plans to install under the hood a reinforced 1.8-liter turbocharged engine, which will be able to produce 180 horses.

It is expected that there will be about three sets for buyers from the Russian Federation. The standard one will be equipped with a 1.5-liter engine and a 5-speed manual gearbox, as well as a multifunctional steering wheel, airbags (2 or 4), rear view camera and a DVD-enabled multimedia system.

This model will cost about 600,000 ppm. Average modification will go with a 1.5-liter engine and variable gearbox. There will be all the options that are available on the manual version, but there will also be a full package of airbags, options for all windows, as well as seat heating and air conditioning. The approximate cost of this model will be about $12512,00 on average. 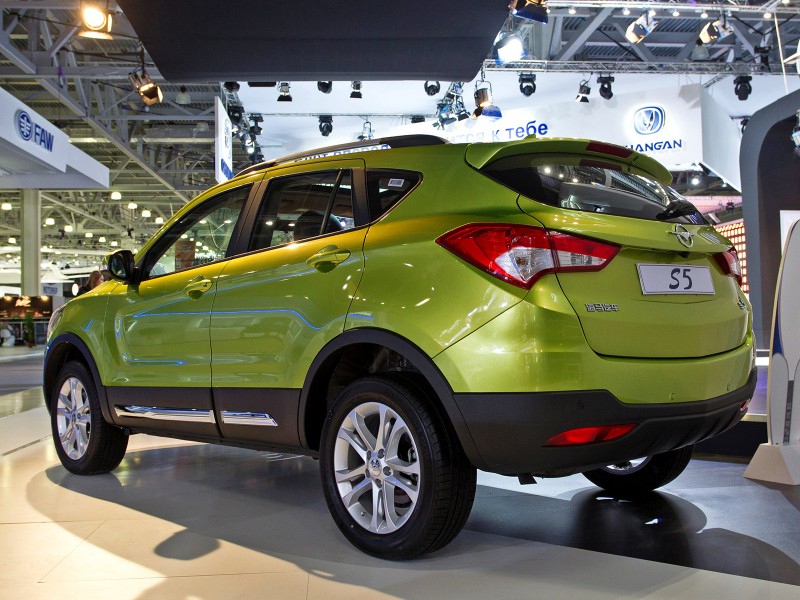 1.6-liter engine with manual transmission and a full package of functions will be estimated at about $15640,00. There will be a multifunctional steering wheel, multimedia player with support for DVD and 6 speakers, 8 airbags, cameras, front and rear visibility, parking sensors in front and rear and climate control.

There will also be a 7-inch touchscreen display, front seats with side support and a large number of settings, a fabric interior and side mirrors with an electrical adjustment option. If you compare this car with other crossovers of the company, it does not have such a large number of equipment for customers.

It is a pity that the machine does not have all-wheel drive, although this would probably lead to new, stronger powertrains. In general, the car is very fresh, fashionable, youthful and stylish. Quite high ground clearance will allow you to feel more confident on the roads. Stylish lines, attractive punches, simply will not allow to pass by the car. 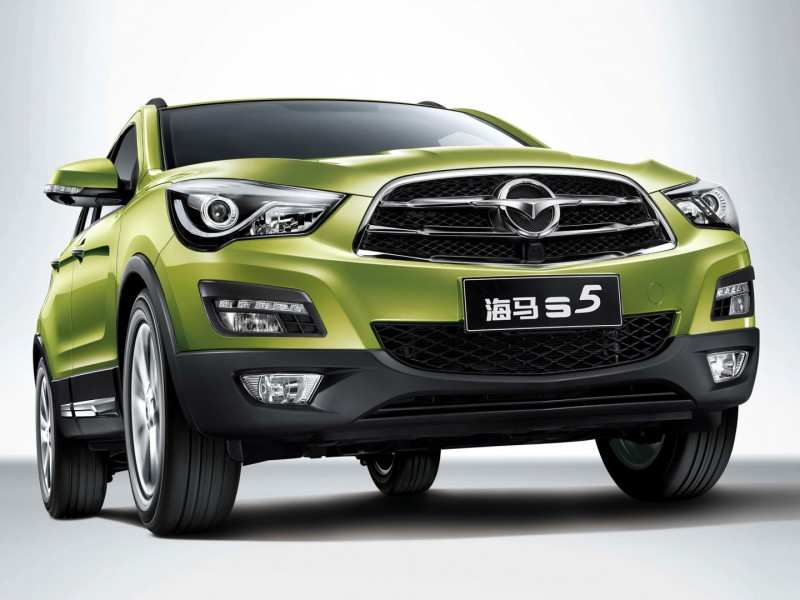 A little bit upset by the poor equipment, because Chinese cars usually come with a lot of features and options. Perhaps in the future, the company will correct these defects. And the fact that there is a place for a touch screen in the cabin shows that the company is striving to keep up with the times and uses the latest technology.

We advise you to read the article: Haima History 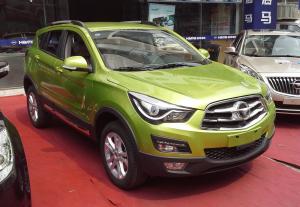 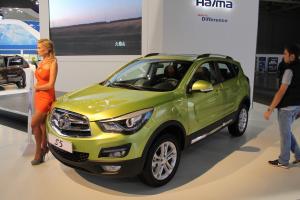 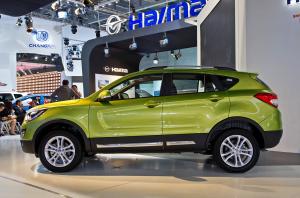 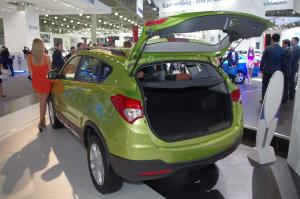 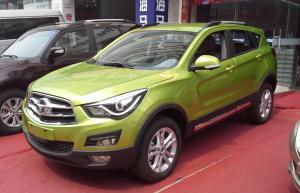 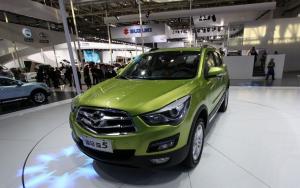 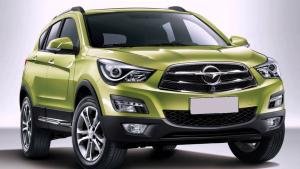 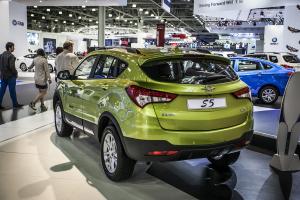 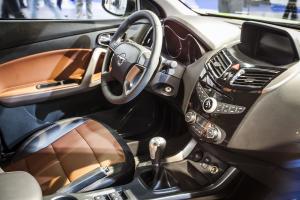