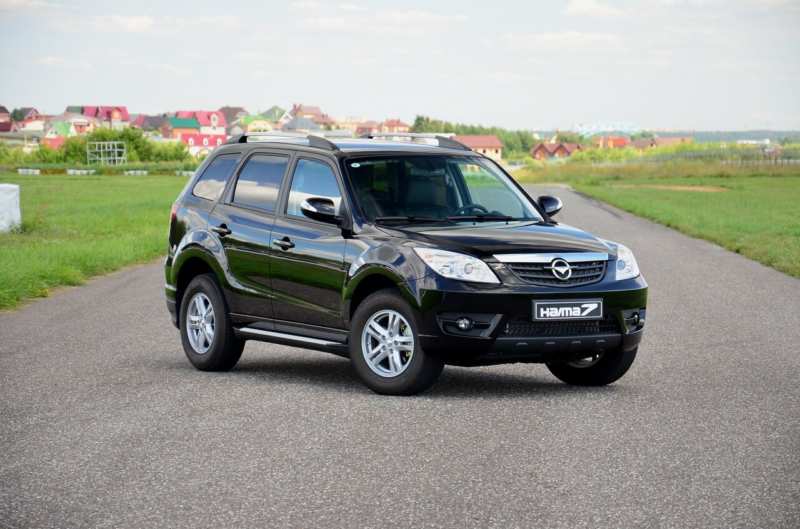 The Chinese manufacturer Haima’s lineup was supplemented by a medium size crossover 7 (version S3). The car should have been rolled into the Russian market in the middle of 2012, but for many reasons it happened a year later, in June 2013. Like other Haima models, the SUV is very similar to the Mazda Tribute, which became the basis of the concept.

Of course, it did not do without its own chips. Taking into account the fact that two automakers have signed an official cooperation agreement, there is no question of plagiarism. The whole model range is Haima.

Working on the appearance of Haima 7, the designers have slightly changed the body shape, which gave the Chinese a modern and rapid form. This can be a little frustrating, but the off-road car Haima 7 does not have an excess of interesting design solutions. Its appearance is a bit similar to many modern crossovers, not only from Japan, but also from Europe and China. On the nose you can see the presence of large front optics and a huge false radiator grille with a wide chrome insert, which stands out against the background of the entire front of the car.

Installed in front of the bumper, has a classic shape, as well as the presence of smooth lines, which once again highlight the elegance of narrow overlays under the fog. On a hood it is possible to notice massive and muscular forms which accurately flow in a rim of forward illumination and a radiator lattice. 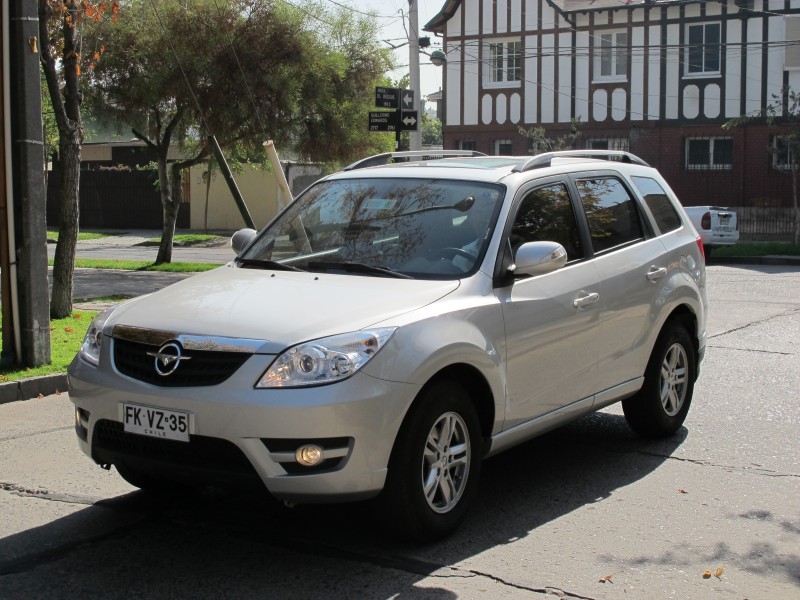 The body component of the crossover looks solid and thorough. Partly it was possible to achieve this, using massive punches over the arches of the wheels and sides of the body of the wave-shaped shape. The side part of the body of Haima 7 also looks familiar. The window sill line closer to the back tends to the top, and the side glazing itself is at the proper level and is quite satisfactory. Thanks to the wide window openings, excellent visibility is provided.

It is very good that the Chinese have set an acceptable level of ground clearance, which of course slightly worsens the very hit in the cabin, as you have to raise your leg high. However, in general, considering the quality of our roads and the possibility of using this crossover, this is the right solution. The stern part has a bumper, which repeats the main contours of the entire car, and the presence of slanted rear optics looks very neat and pleasant. 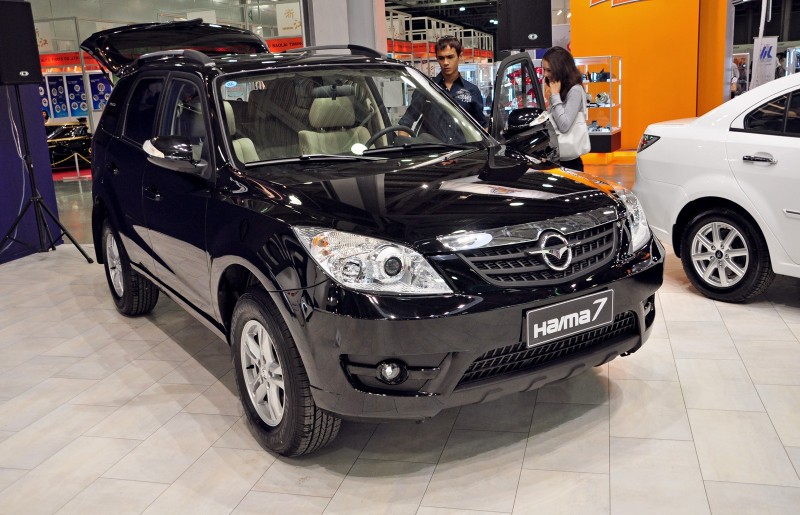 The luggage compartment door is small and too short, which negatively affects the ease of loading and unloading any cargo that will have to be lifted to a considerable height. Do not forget that the body was covered with aerodynamic overlays made of dark plastic, which provide the car with a confident look and sporty spirit. Speaking in general, the appearance of Haim 7 turned out to be quite attractive, but very similar to its Chinese brethren. The car does not possess an external distinctive feature which would allow to allocate the given crossover from crowd.

Sitting behind the steering wheel of the Jaime 7 SUV is quite comfortable, but even in the top equipment, the driver’s seat comes with only mechanical settings, which is a big disadvantage for the company, given the current market. Near the vertical ducts, there is a screen of the multimedia system. The steering wheel almost exactly copies the steering wheel of Mitsubishi Lancer X, which can be attributed to the form of location of indicators on the dashboard. Among the advantages of the Chinese car interior is that there is a free space between the seat and the closed driver’s door, which makes it possible to provide the same setting even while driving.

It is very interesting that in the same UAZ Patriot this free space is absent, which can create some inconvenience during the adjustment. It is also very unusual that when adjusting the seat height, it does not raise or lower everything, but only its pillow, which may be uncomfortable for a person of high height, as the necessary position of the head restraint will be violated. 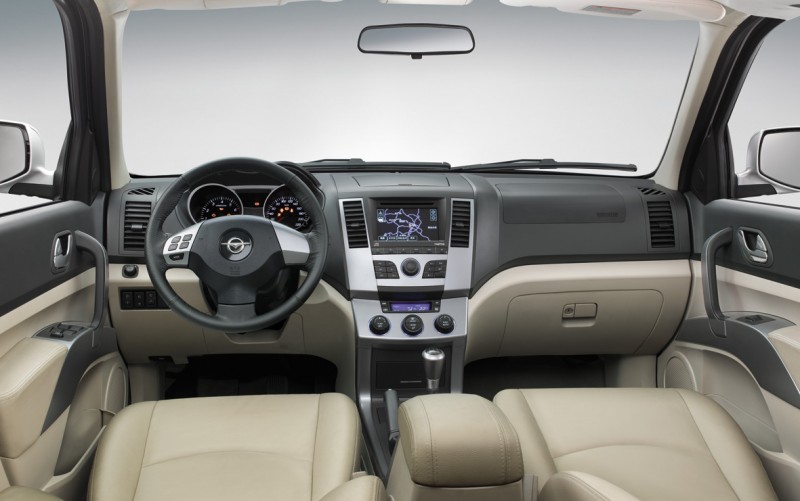 But if the front seat is pushed all the way back, its backrest will press on the knees of the person who sits at the back and very hard. Speaking in general, the Chinese experts have worked well on the capacity and ergonomic component of the back sofa. Thus, the legs of the average passenger are provided with cup holders. The back of the rear sofa was equipped with folding armrest.

Small armrests were also made on door cards, which will be very pleasant, especially for long journeys. The back of the sofa has adjustable tilt, but there is a small inconvenience, the backrest does not have a permanent fixation. Also, I was not pleased with the minimalism of the possibilities of transforming the interior.

If you fold up the back sofa, you don’t get a flat, flat surface. But you will hardly have to worry about the heat in winter, because Chinese experts have installed 5 levels of heating. While other manufacturers of cars complete only 2-uh or 3-stage heating. Belts in the crossover are installed with a pretensioner, which in case of a possible collision attract the driver and passengers to the seat.

The single-zone climate control means quiet operation, but the fan spins up rather slowly and only runs continuously after a few minutes. Many people also complain about the informative display of the climate control system, which does not display information in familiar symbols for many people, but in thin stripes.

The “Iron Heart” of the Haima 7 was just one engine: a gasoline engine with a pulling force of 180 Nm and a capacity of 150 horses. On the front axle wheels the traction is transmitted by means of automation or manual gearbox (5). Only when driving, it becomes clear that the clutch is long enough and “empty”. Many drivers will not see any disadvantages in this, although there will be those who frankly do not like it.

It should be understood that two liters is a very small volume for such a large car weighing almost 1.5 tons. Hardly Haima 7 can claim the title of king of the road with such a modest ground clearance and engine. Suspension without exquisite features: Macpherson is ahead and multileverage behind. All wheels are equipped with disc brakes. As for “greediness”, with the ISS “Chinese” consumes 8.1 liters per 100 km, and with the automatic transmission – 8.8 liters. 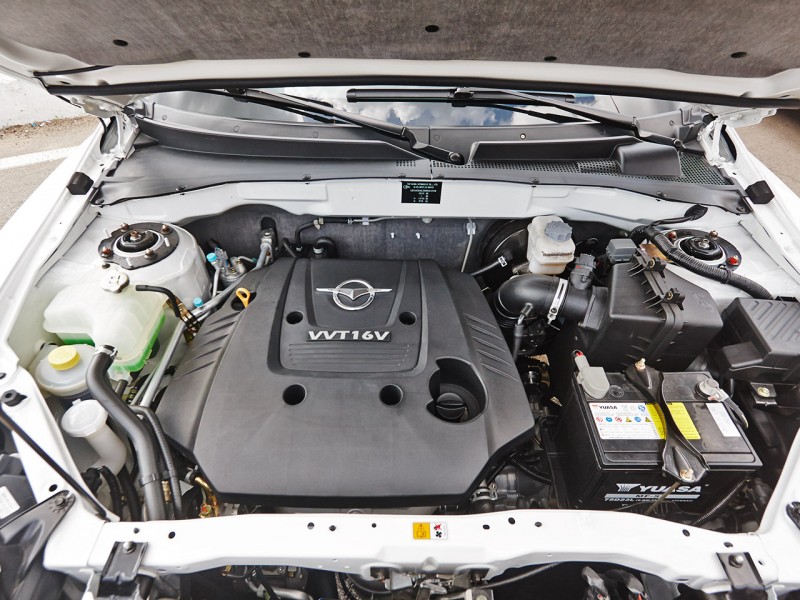 There are three options for a Haima 7 from China – Base 2.0 MT, 2.0 Deluxe MT and 2.0 Navigation AT. Basic equipment is estimated from $9382,44 and has at its disposal the availability of audio equipment with 4 speakers, fabric interior upholstery, 8 options for setting the driver’s seat and 4 passengers sitting in front, rear parking sensors, rear view mirrors with electric drive and heating function, support for ABS, alarm and central locking.

The Deluxe package is already air-conditioned, has a multimedia system that supports CD, MP3 and 4 speakers, heated front seats, a complete electrical package and an active braking assistance system. For all this they ask from $12965,56 for a mechanical gearbox. 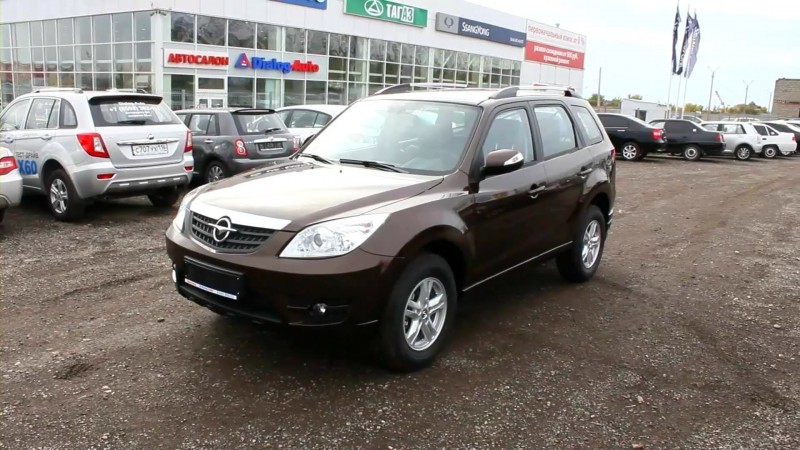 This category is completed by a top-of-the-line Navigation modification with an automatic gearbox. It also has a climate control system, leather interior, wheel pressure control, brake force distribution system, fog lights, ABS and a pair of airbags. All this will cost you from $14373,16. It is very bad, that any modification does not possess keyless access, the camera of back visibility, electric heating of a windshield and system ESP.

It is clear that one shouldn’t expect anything special from an off-roader, especially for such a price. Although the appearance, we must admit, the Chinese specialists have got what they need. The car looks fresh, fashionable, modern, although it is not striking. Everything inside is not so presentable anymore, though not in Spartan style. The quality of materials used is far from ideal, as well as the quality of assembly and adjustment of them. Poisonous illumination of the dashboard is sometimes very annoying. The front seats have no side support.

But on the back row there is room for three people. Although the luggage compartment is not famous for the abundance of free space, nevertheless, there is an option to fold the rear seats, which will increase the useful space. In terms of equipment of Haima 7 car, it seems that there are all the functions in general, but the most necessary is not present, and even in the top complete set. 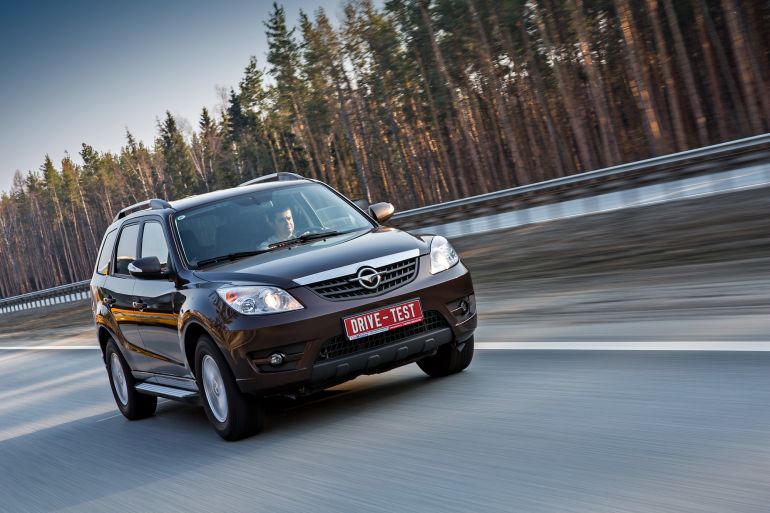 But Chinese experts have not forgotten to equip the car with a pair of airbags, which already increases confidence in the crossover. The range of power units is very small, and sometimes there is a feeling that the power of the car is simply not enough, especially given the fact that the company presents the car as an SUV. Perhaps, it is only a matter of time, and the Chinese will strengthen Haima 7. By this car it becomes clear that China intends to fight for the car market.

We advise you to read the article: Haima’s history 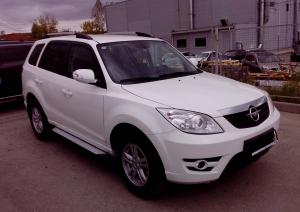 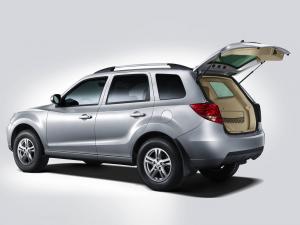 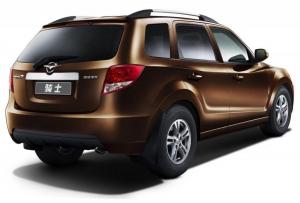 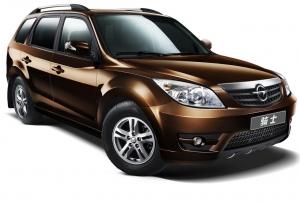 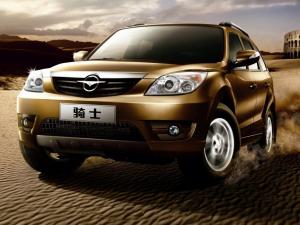 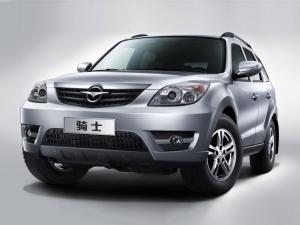 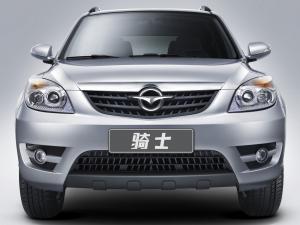 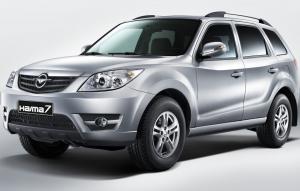 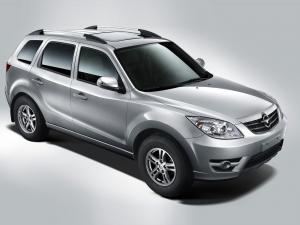