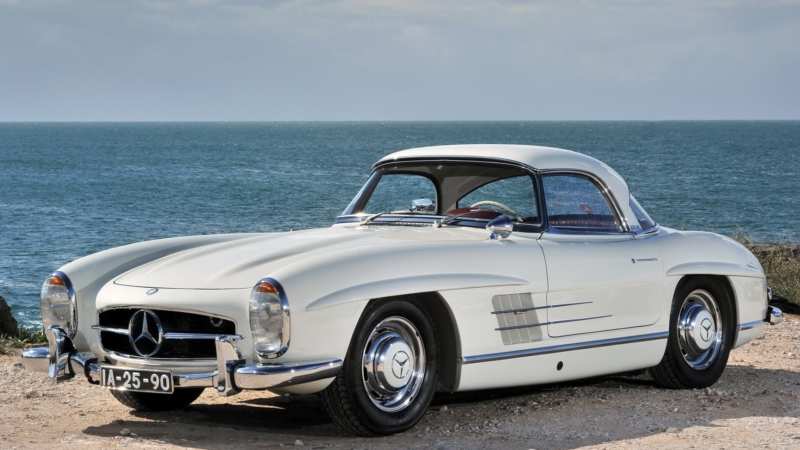 The Mercedes-Benz 300SL coupe is the first post-war sports car presented at the New York City Motor Show. Moreover, it is the first car to use injector injection in the engine. The 198th brand was designed on the platform of the sports version 300 SL W194. The machine was produced until 1957. It produced 1,400 samples.

Interestingly, one of these Mercedes in the past years, even visited the USSR. It was purchased in order to study the injector mechanism. This model could not exist, if it was not for Max Hoffman, who convinced the leadership of the brand Stuttgart in the need for such a machine overseas. The whole model range is Mercedes-Benz.

It is clear that mostly, as before, and now, all the attention was drawn to unusual doors. They became the “chip” of the 300SL model. However, when designing these doors, the engineers followed for practicality reasons, not enchantment. The point is that the 300SL bodywork platform was a spatial frame, the pipes that entered the same threshold, which led to an increase in the threshold level. The weight of the frame was 82 kg. In the Mercedes body, aluminium was used in the doors, hood cover and luggage compartment. Most of the 300s were painted silver, which in turn used to be scarce, especially for a sports car. 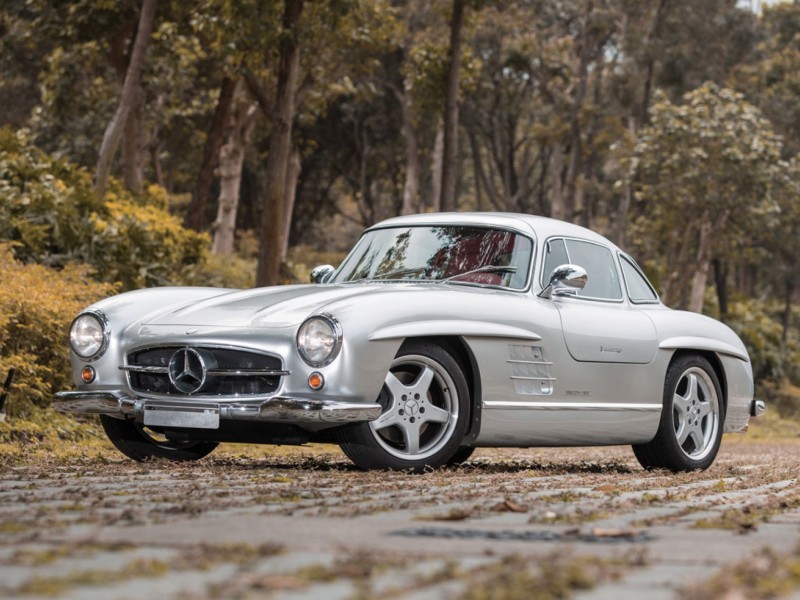 The interior of the Mercedes-Benz 300SL is not ascetic as a Mercedes. Almost all the free space in the trunk is occupied by a spare wheel, and because of this, the entire cargo must be transported, mainly on the rear couch. As the windows do not fall inside, there was no ventilation in the cabin for logical reasons. In order to achieve this, it was necessary to remove the window panes. 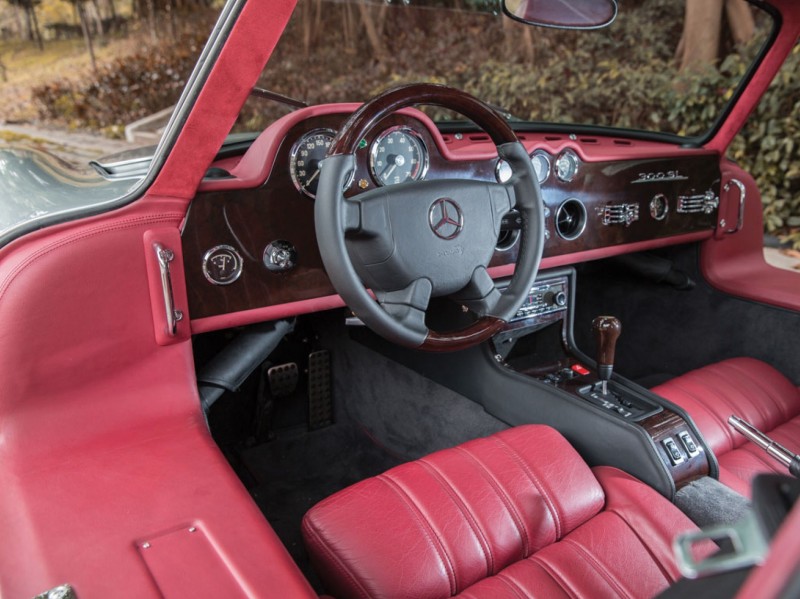 Small vents in the glass position did not help in the summer heat. To make it easier to get into the car, the 300SL was mounted on a hinge that could bend and take a horizontal position, making it easier to land. The dashboard has a chrome finish. What may be surprising is the position of the rearview mirror on the torpedo itself. It is worth mentioning that between the owners of this Mercedes coupe there was also a famous singer Elvis Presley, who was rumored not to like the fact that the gearbox in such a car was manual. This forced him to switch to a BMW later on. 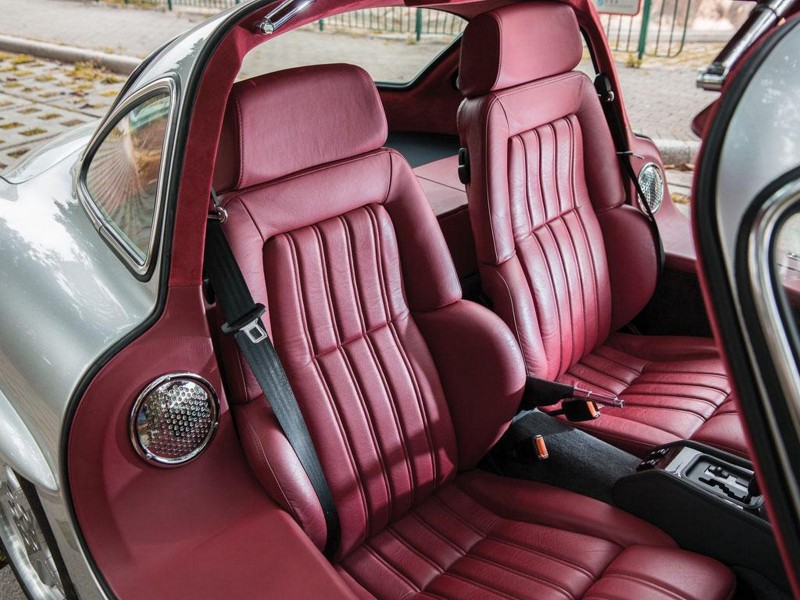 The Mercedes 300SL coupe was supplied with an aluminum six-cylinder engine of 3.0 liters, which was tilted 45 degrees to fit under the hood. Its power output was 215 hp. The 300SL engine was famous for its good tractive power, which made it possible to continue driving at 1,500 rpm at the highest gear – the fourth. Many sources indicate a maximum speed of 300SL in the value of 260 km / h, but such a speed could only develop a machine with a special aerodynamic dodger. 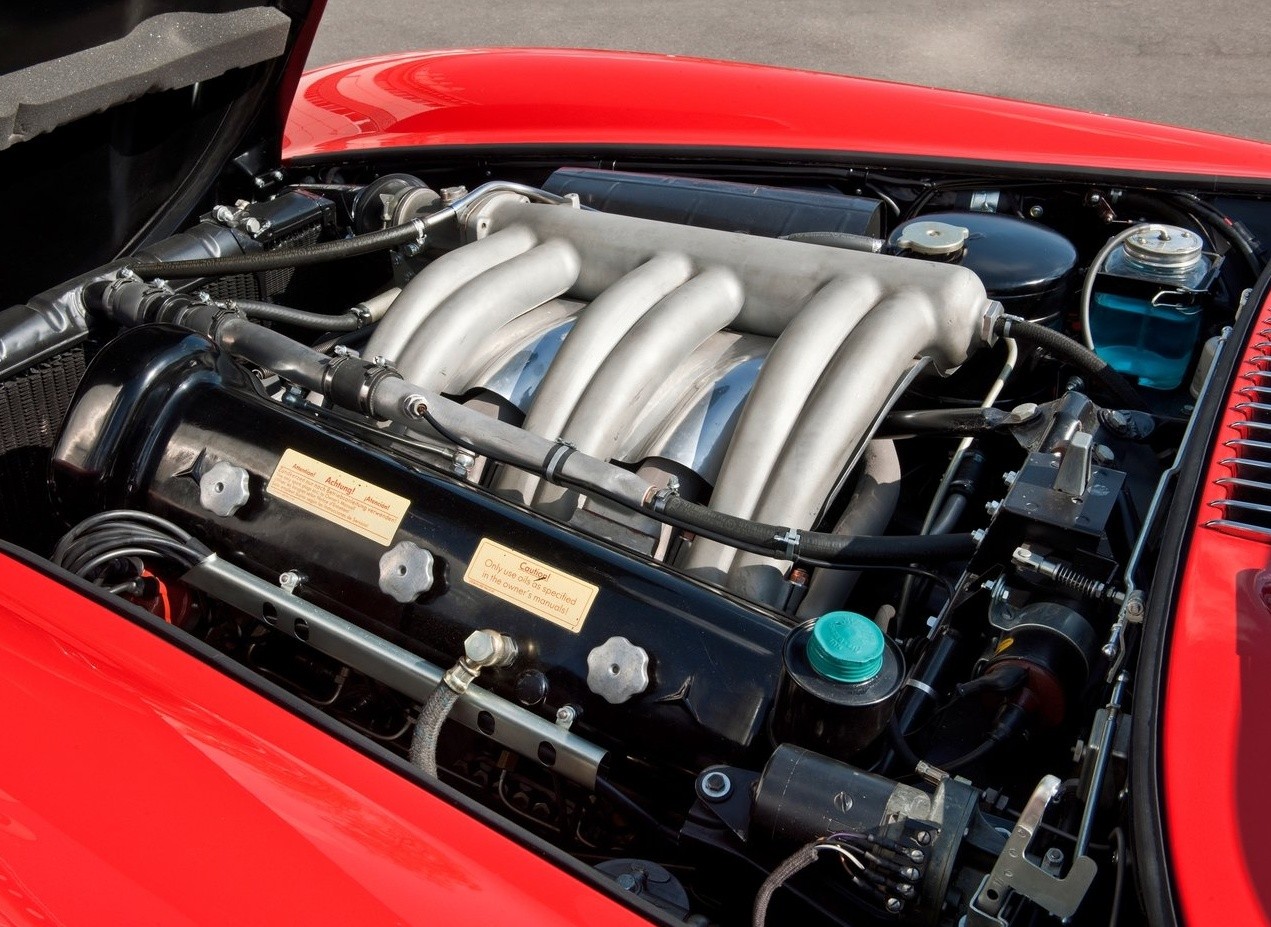 A simple standard model was produced with a maximum speed of 237 km/h. Brakes were installed on all wheels of the drum, which were very located to overheat. A similar engine was synchronized with a manual four-speed gearbox. The front suspension was independent, spring, two-lever. The rear was also independent, spring loaded, but with oscillating levers. The German’s torque is transmitted to the rear wheels, which are the driving wheels.

Buying a Mercedes coupe now is no easy task. After all, there are very few such machines in the world. It seems that the price will not fall below $46 8450000, if not vice versa. Such cars are either in the hands of rich collectors or in museums. The standard equipment included: fabric interior upholstery, optional leather interior, but no seatbelts can be found in any list. In the following model W198 the interior could already boast of a stove. 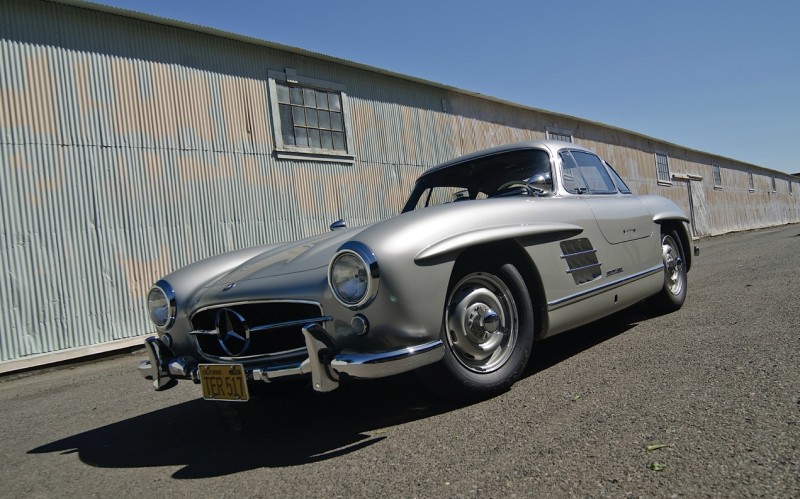 Mercedes 300SL coupe in those years, as soon as he got out, was just an animal, because simple cars were supplied only with engines about 70 horses. It was definitely a luxury to drive such a car and at the same time it was prestigious. Now this car occupies a confident niche in the history of Mercedes company and is famous among collectors and motorists. 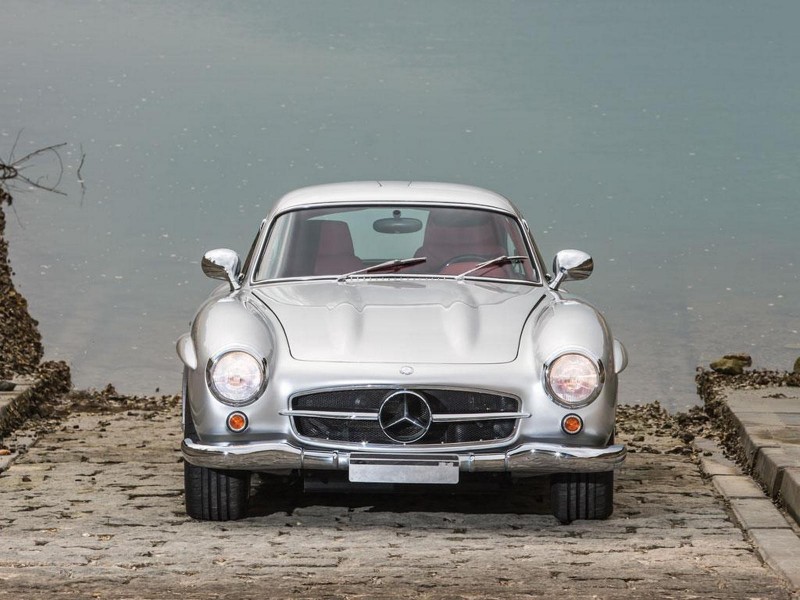 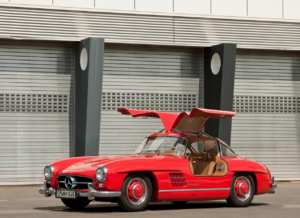 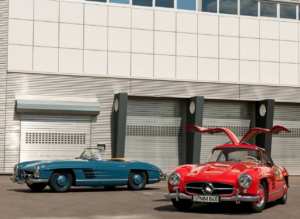 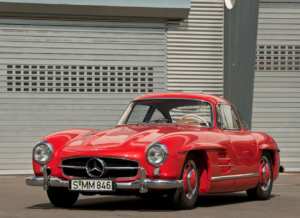 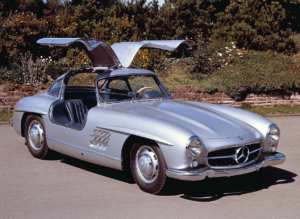 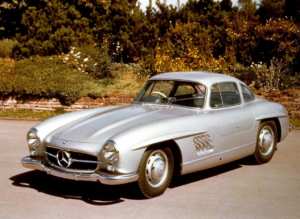 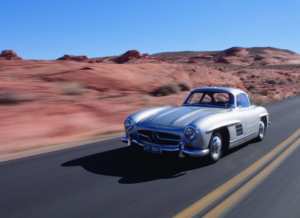 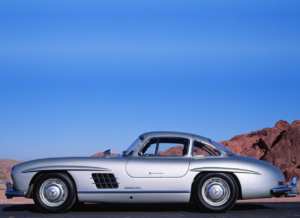 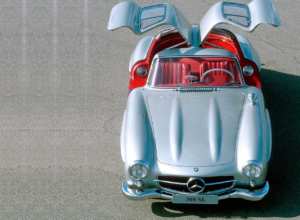 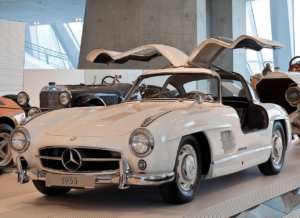