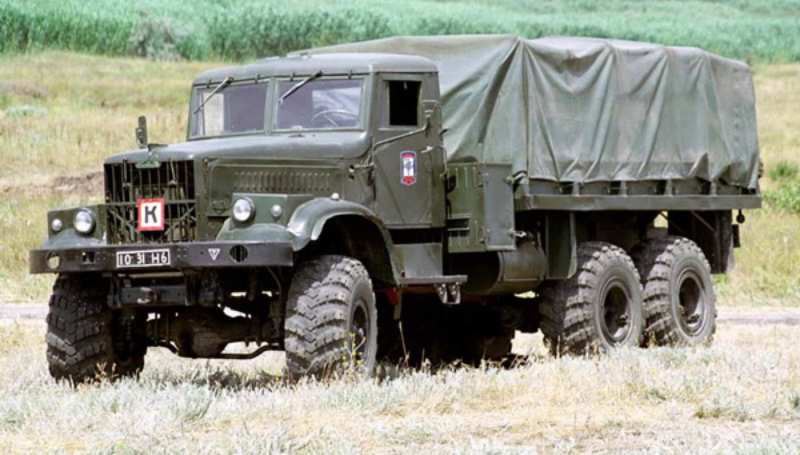 In Ukraine there is a small and little-known in the CIS city of Kremenchug. Meanwhile, it was there that one of the most powerful truck tractors of the Soviet Union was produced at the KrAZ plant from 1965 to 1994. At one time the KrAZ plant was the undisputed leader in terms of technical aesthetics, reliability and functionality. It served the needs of the army and agriculture. The KrAZ-255 model accounts for 25% of everything that the Kremenchug plant produced during this period. The whole model range is KrAZ.

One should not expect any aesthetic innovations from KrAZ-255. The wooden cabin was upholstered with steel cladding and placed behind the engine. Since 1969, the designers have slightly changed the lighting system by installing lanterns and turn signals in the steel case. Before that, the truck tractor was equipped with a separate box with lanterns.

They also changed the turn signals, which initially had a droplet shape. The KrAZ-255 body was a cargo platform with a lattice board at the back. On the sides there were folding seats, arches and an awning. Due to the wide tyres, in the USSR this car was called “Laptezhnik” – a nickname that is still attached to the tractor to this day. The curb weight of the tractor is 11.55 tons. 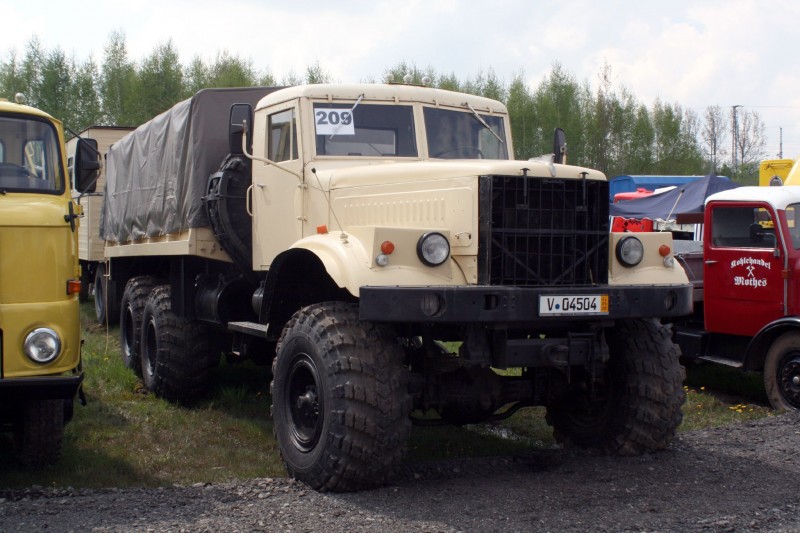 The maximum possible lifting angle is 58. The Kremenchug truck weighs about 12 tons. The maximum speed is 70 km/h. Significant dimensions (8.64 m length and 2.16 m width) could not but affect the turning diameter, which exceeds 14 meters.

But the designers paid special attention to the ease of use. Their efforts were crowned with success. Pneumatic power steering was later replaced by hydraulic power steering. Conveniences of operation are added by gearbox levers, brakes (also manual), axle differential, transfer gear and front axle mounted in the cab. There was also a lever of the winch mechanism. The driver’s seat was made sprung, there was a sleeping bed and additional two seats for passengers. The instrument panel was simplified to the maximum extent possible. 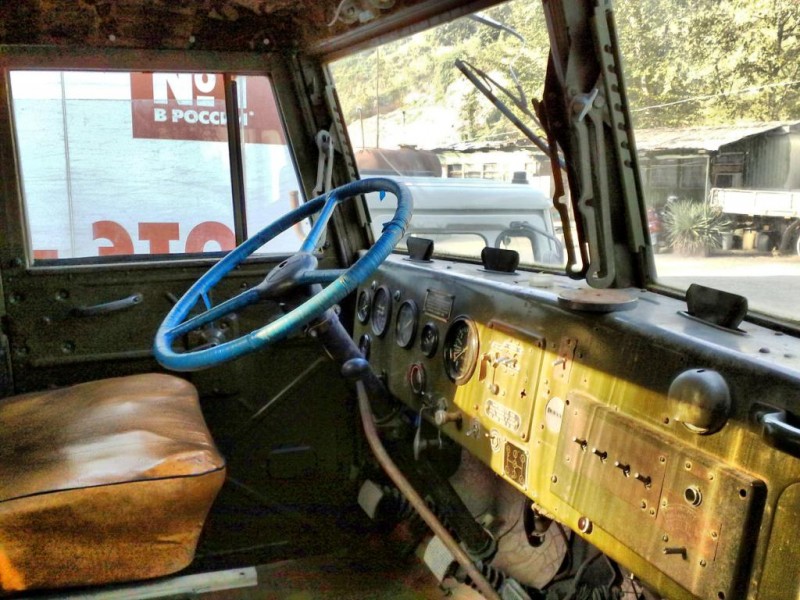 Not thinking for a long time, the Kremenchug designers supplied the new KrAZ with a diesel “eight” with a volume of 14.9 liters. At the same time, the traction gain reached 883 N.M., and the power – 240 horsepower. With such equipment, the “flint truck” could easily gain 71 km/hour. The cooling system contained more than 50 liters of liquid, while the oil required 32 liters.

Perhaps, this figure will scare even the owners of Dodge Nitro. Of course, the advantages of this tractor were not at all in a comfortable cabin. The 6×6 formula means that KrAZ had three driving axles. Therefore, any, absolutely any route was not considered to be something serious for the Kremenchug all-terrain vehicle. In addition to its own weight, this brutal truck tractor could easily carry 10 tons of cargo, without losing any of its performance characteristics.

Power units with good working volumes under the name YaMZ-238 were used as internal combustion engines on the vehicle. The development was carried out in 1950. As a fuel, the most standard diesel-powered diesel engine was used. It is interesting that its quality did not play a special role, because the combustion chamber was equally well lit with EKTO fuel class and the old USSR-Vietnamese diesel fuel.

YAMZ-238th has such distinctive elements of the device:

Since the engine power supply system is the responsibility of a simple mechanical high-pressure fuel pump, each cylinder has its own personal pumping station. And they already provide direct fuel injection (diesel fuel). Thanks to this, such a huge torque (1765 N/m) has been achieved. The volume is 15 litres. Inlet lines have found their place in the collapse of the cylinder block. OHV fits along with the crankshaft. It drives a pair of gears that are attached in front of the engine. The number of valves per piston was set at 2.

Speaking of clutch, the Kremenchug truck was used with YaMZ-238, which had two disks. In addition, there were more peripheral springs and mechanical shutdown drive. The YaMZ-236N model gearbox had five speeds, with synchronizers at the second, third, fourth, and fifth speeds. The KrAz 255 transfer case had 2 stages and was also supplied with a rear axle lockable differential and middle axle.

The dispenser was controlled by three levers. Cardan gear consisted of five shafts: KP – dispenser, dispenser – front axle, dispenser – middle axle, dispenser – rear axle (a pair of shafts with intermediate support). The main transmission of the driving axles was a double one, the arsenal of which included conical spiral and spur gears.

Due to the fact that the Kremenchug automobile plant has been developing the KrAZ-255 truck for a long time, it does not provide for the possibility of installing an automatic transmission. Based on this, the truck works in pairs only with mechanics, which have the following features of the structure:

Samu dispenser has the following features and specifications:

KrAZ’s equipment includes three leading axles, with which it is known all over the world, as a very passable truck. The front axle has a certain feature – there are SHRUSES. Just they transmit torque to the front wheels when turning. Suspensions of the KrAZ-255 truck have such characteristics:

Functioning with a drum device, where unclamping is carried out with the help of a cam and brake cylinders. Double-circuit pneumatic drive is used, where the 1st goes to the front and middle axle, and the 2nd – to the rear axle. Parking brake is a transmission brake, drum driven mechanically. It is installed on the output shaft of the dispenser and transferred to the rear axle. There is also a spare brake system – one of the circuits of the functioning brake.

Auxiliary – retarder installed in the engine, which has a pneumatic actuation drive. Trailer brake consists in combination. Moreover, there is a moisture separator, which has thermodynamic cleaning of compressed air from humidity, as well as a fuse from freezing of condensate on alcohol.

The braking system is of the standard type and can only be used in large quantities. It includes:

The size of the truck’s braking distance at 40 km/h is 17 metres and at the same speed but with a trailer 18.5 metres.

KrAZ-255 is equipped not only with military equipment, but also with civil equipment. The car has:

In 1979, the KrAZ-255 B1 improved modification was put into operation, which did not differ much from the standard version in terms of technical stuffing – this modification had a separate brake drive. Since the 1970s, the car has undergone changes that concerned the appearance of the car – now headlights and direction indicators were placed in rectangular metal boxes. Before restyling, they were separated.

The Kremenchug truck was equipped with a pair of fuel tanks, each of which contained 165 liters of diesel fuel. With such a volume of tank, the power reserve was enough for 750 kilometers. Fuel consumption was 30-40 liters per 100 kilometers. To turn around, Kraz needed 14.5 meters of road surface. If necessary, the car is able to overcome a small ford, the depth of which is not more than one meter.

Not paying attention to the year of truck production and the use of obsolete systems in the device, he continues to meet today on the roads. This is happening for various reasons:

Complete sets and prices in the Russian market

Today you can find KrAZ 255 for 10000 – 15000 USD in the secondary market. More or less experienced driver knows that this price is a penny, compared to the opportunities that this tractor has. Interestingly, later the KrAZ-255 became the base for a whole family of other trucks: 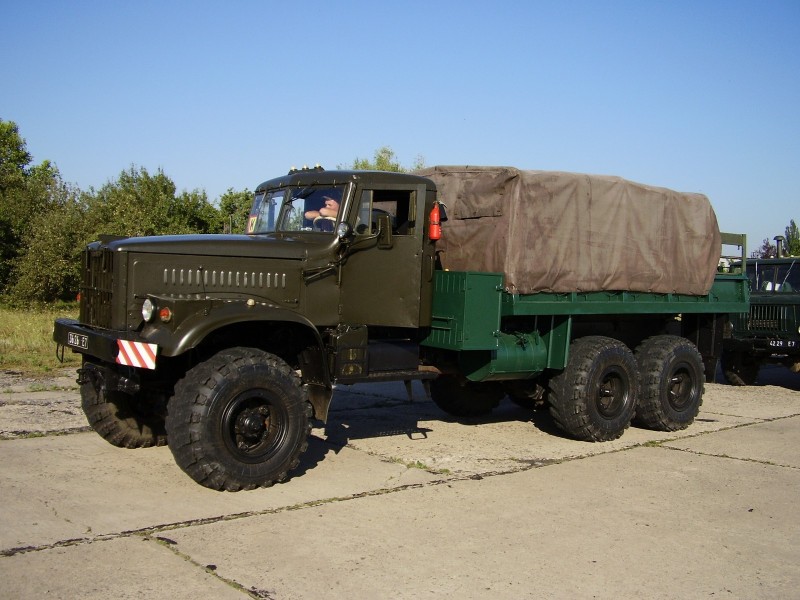 The equipment does not become obsolete – that’s what any driver who has ever sat behind the wheel of a multifunctional, incredibly powerful tractor KrAZ-255 will tell you. Despite the fact that the production of the truck was stopped due to personal motives of the plant’s management, even today it does not cease to be in demand not only in our country, but all over the world. 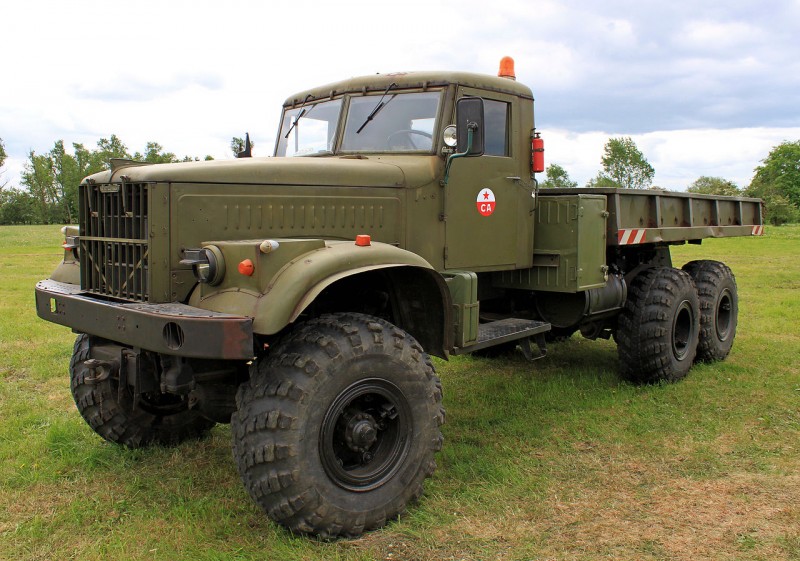 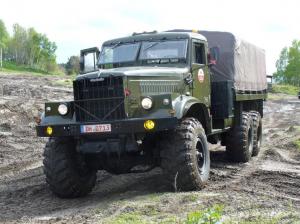 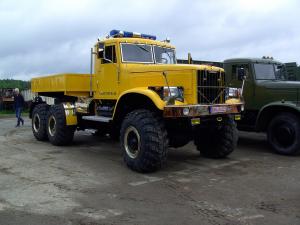 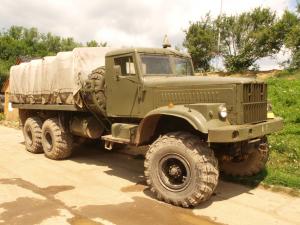 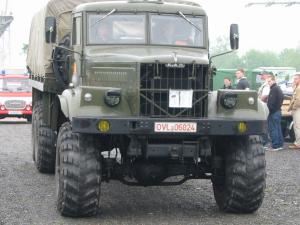 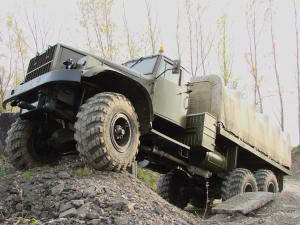 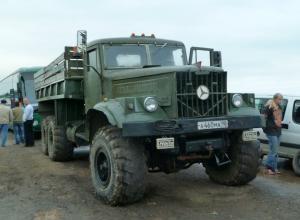 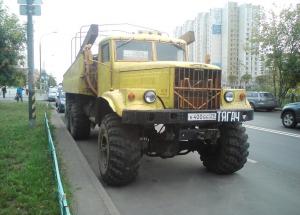 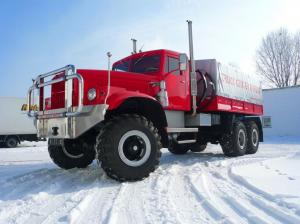 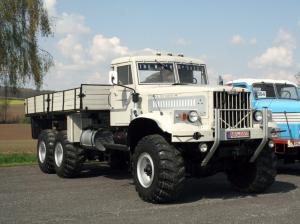