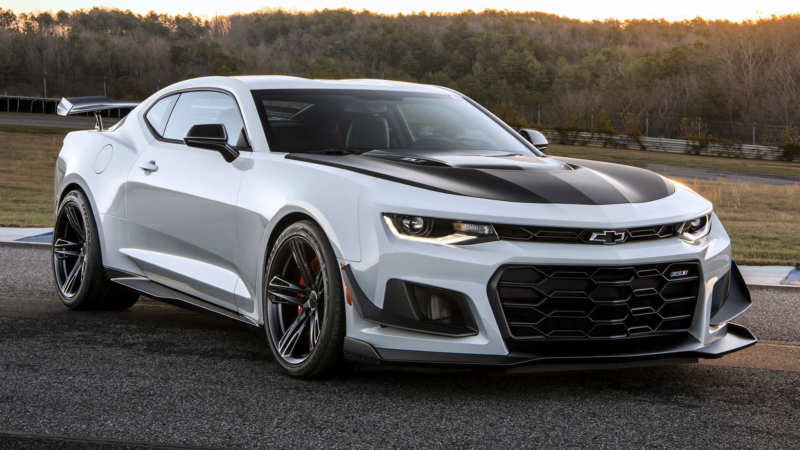 The novelty was introduced in 2016. However, in the next 2017, the Americans showed the public a track version of the car, now called the Chevrolet Camaro ZL1 1LE. But more about everything in our review. The whole model range is Chevrolet.


So. The middle of March 2016 was an important date for the American company Chevrolet. This month, they showed an “extreme” version of the two-door Camaro of the 6th generation, which received the prefix ZL1 in its name. This car is traditionally the most potent sports coupe among “civilian” versions. The Chevrolet Camaro ZL1 looks different from the “base” coupe.

The novelty has received a solid aerodynamic dodger, wide front fenders, enlarged sections of the bumper air intakes, the original design of the radiator grille, and the spoiler mounted on the luggage compartment lid. The hood has unique slots that allow the heat to be removed from the engine compartment more effectively. 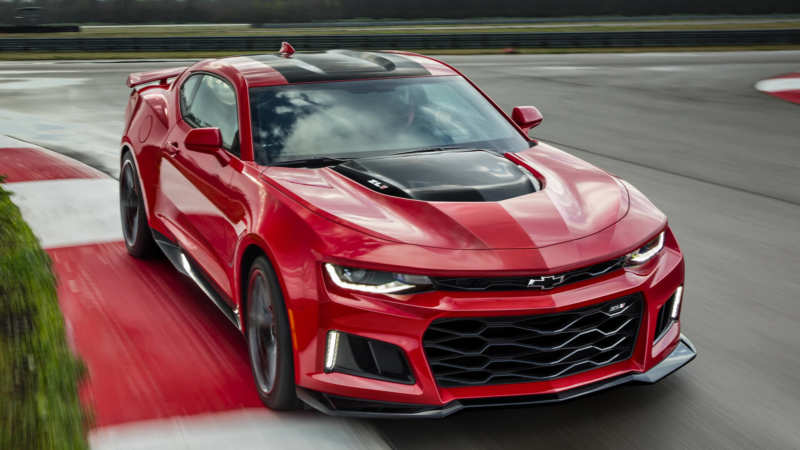 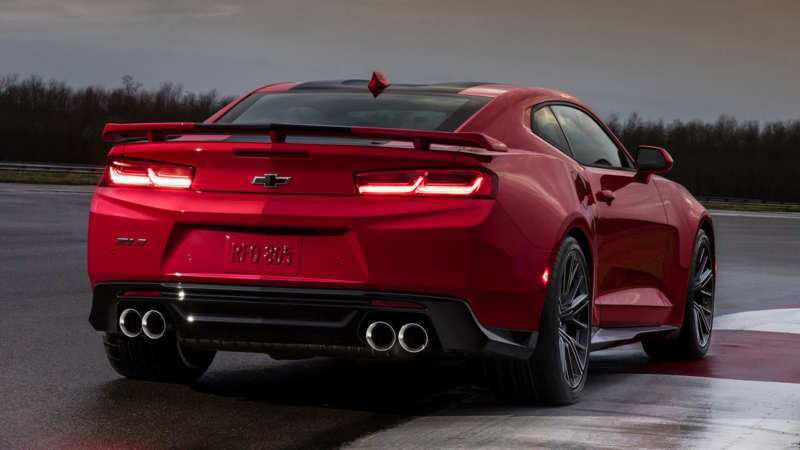 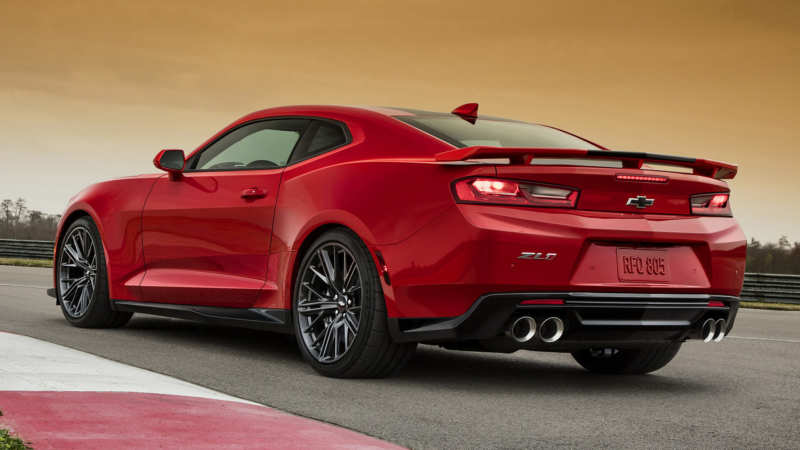 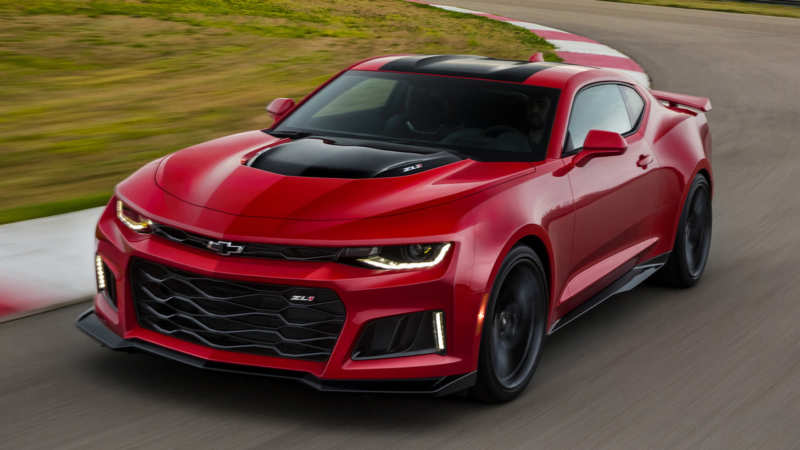 To prevent overheating of the power unit and transmission, the American company’s engineers have provided several heat transfer zones, which guarantee the necessary cooling of components even in extreme operating conditions.

Engineers worked on the aerodynamic performance of the Chevrolet Camaro ZL1. It took about 100 hours of wind tunnel tests.

20-inch wheels support the sports model with an original design. The powerful rear diffuser, which has two round exhaust pipes on both sides, also shows its aggressiveness and uncompromising character. In various places, you can see stylish ZL1 nameplates with which the car is decorated.


The interior of the American supercar boasts quality finishing materials, super comfortable Recaro seats with heating and ventilation, as well as a sports steering wheel with suede upholstery. The dashboard features an 8- inch display with several display modes (Tour, Sport, Snow/Ice, and Track).

The center section also boasts an 8-inch Chevrolet MyLink touchscreen entertainment system. It has a navigation system, Bluetooth, Apple CarPlay, and Android Auto services. There is also a voice recognition system Siri, a Wi-Fi hotspot for seven devices, and 4G LTE Internet. On the bottom of the console, you can notice the climate control unit, which got two rings of controls that rotate around the climate system’s air vents. 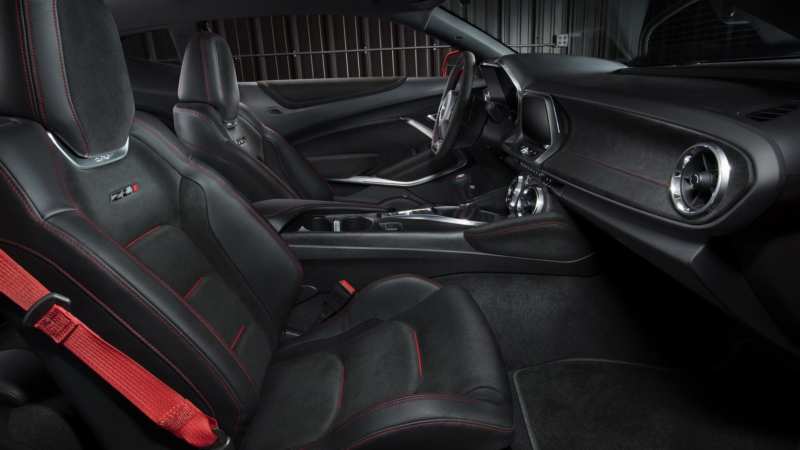 Under the hood of the sports, the coupe is equipped with a petrol V8 6.2-liter LT4 power plant with a direct fuel supply and a mechanical supercharger. This engine is capable of developing 650 horsepower (868 Nm).

This power is transmitted from the engine to the rear wheels by a 6-speed manual or optional 10-band automatic gearbox. With such capabilities, the car spends only 3.5 seconds to conquer the speed limit of 100 kilometers per hour. Maximum speed is 320-330 kilometers per hour.

Everything here is the same as in the standard model. The coupe is based on the rear-wheel-drive Alpha platform, which has a multi-level system at the

Front and a five-lever system at the rear. The car is entirely controlled with rack-and-pinion electric power steering. The basic version already has an adaptive Magnetic Ride chassis, an electronically controlled limited-slip differential, and a dual-mode exhaust system.

The braking system of the Chevrolet Camaro ZL1 stands out with a powerful Brembo brake system, which received 6-piston front and 2-piston rear calipers. The car stops with confidence. In part, this is also due to the 390-millimeter front discs.


The car began selling immediately in 2016. The price of the Chevrolet Camaro ZL1 started at $55,000 for the basic package. Already at launch, the car will receive: 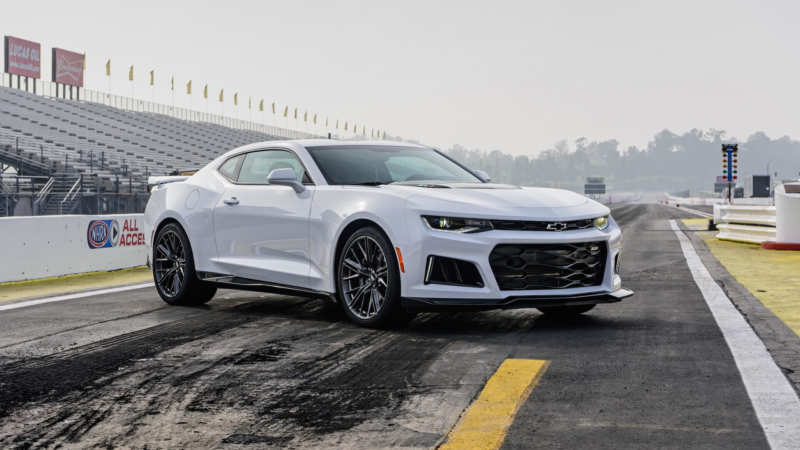 
Suppose you compare the new track model with the previous version. In that case, the 1LE version has a slightly modified aerodynamic dodger, a reconfigured chassis, a more efficient braking system, and the maximum level of equipment.


The exterior of the new sports model is sure to surprise many people. The car has a modern, bright, and overly aggressive design, which still has the signature “notes” of the last century’s classic Chevrolet Camaro. Suppose you compare the predecessor with the new. In that case, it boasts a slightly modified pattern of the modified air intake, which received a compact emblem ZL1 and improved in terms of aerodynamic characteristics of the front bumper.

The latter has a more massive front splitter and additional elements. Engineers decided not to eliminate the embossed hood, a thin strip of the grille, and the formidable headlights, which have spectacular flares. The side of the Chevrolet Camaro ZL1 2020 has the standard proportions for a muscle car and has dazzling aerodynamic side skirts, robust wheel arches with stylish 19-inch rollers.

The wheels received Goodyear Eagle F1-Supercar 3R rubber, specially designed for this car. Although the company did not say anything about the height of the ground clearance, there is every reason to believe that the vehicle will be slightly lower, as it is designed primarily for the track.

With the installation of new wheels and several other changes, the company was able to reduce the weight of the car by 27 kilograms, which had a positive effect on its dynamic characteristics. 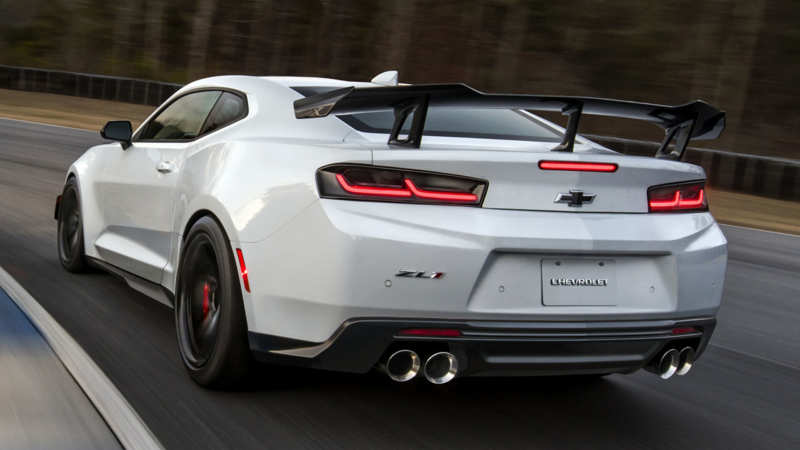 The rear end remains spectacular, but the Chevrolet Camaro ZL1 1LE is equipped with a more massive rear wing made of carbon fiber. The traditional LED lighting, a neat trunk lid, and a majestic rear bumper with two tailpipes are still there.

If we talk about the interior – it fully corresponds to the exterior. Everywhere there is sportiness, brutality, and maximum ergonomics. The driver’s cockpit is equipped with the original three-spoke multifunction steering wheel, which received a cut lower rim in a sporty way. Then there is a well readable and informative combination of analog-digital instruments.

The central console also boasts a multimedia center with a touch screen and the original climate control unit. The Americans decided not to save money for the finishing materials, so they used plastic, leather, Alcantara, aluminum, and carbon fiber. Inside the cabin, there is the layout “2 +2”, which indicates a pair of full seats and a small rear sofa, which can be more or less comfortably accommodate only children.

The front seats are made by Recaro and have excellent side support, electric adjustments, heating, and ventilation system. Moreover, the centers are equipped with red stitching, combined Alcantara, and leather trim.
Between the front seats, there is a place for a massive transmission tunnel. It features a transmission handle, an electronic ‘handbrake’ button, two cupholders, and even a pad that allows you to charge your smartphone using wireless charging.

Interestingly, despite its track identity, the car has a 255-liter trunk, but the rear backrests cannot be removed. It was decided to do it to reduce the total mass of the car. It is important to note that the Chevrolet Camaro ZL1 1LE track supercar has only the maximum configuration.


It is powered by a V8, 6.2-liter, 659-horsepower (881 Nm), eight-cylinder engine that only works with an eight-speed manual transmission. It has a direct “feeding” system and a mechanical supercharger. This allows the car to accelerate from zero to 100 km/h in 3.9 seconds. The speed limit is about 310 kilometers per hour. The manual gearbox loses a little in dynamic performance to the automatic.

However, based on the summer race, which took place in 2017, the sports coupe’s track version overcame the Nürburgrin track in 7 minutes.
16.04 seconds. Thus, the novelty became faster than its “basic” version by
Fourteen seconds, faster than Ferrari 488 GTB by 5 seconds. Moreover, the car surpassed the index of German Porsche 911 GT RS2. The track version got the ability to adjust the wheel camber quickly. Engineers also installed the possibility of changing the stabilizers of transverse stability in the

Car. But even that didn’t seem enough, so the engineering team equipped the rear axle with a self-locking rear differential. 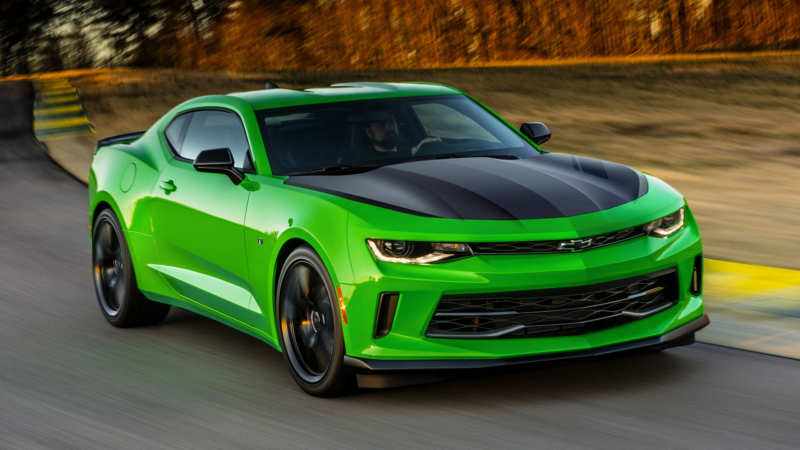 The Chevrolet Camaro’s particular version also boasts racing adjustable shock absorbers from Multimatic Inc. that have patented Dynamic Suspensions Spool Valve. Each strut has three such valves. It turns out that the American company managed to impose their struggle on the leading car companies in the world. It is also essential to recall that this version of the car is sold only in the top configuration. You can buy the new Chevrolet Camaro ZL1 1LE in the United States for 70 thousand dollars.