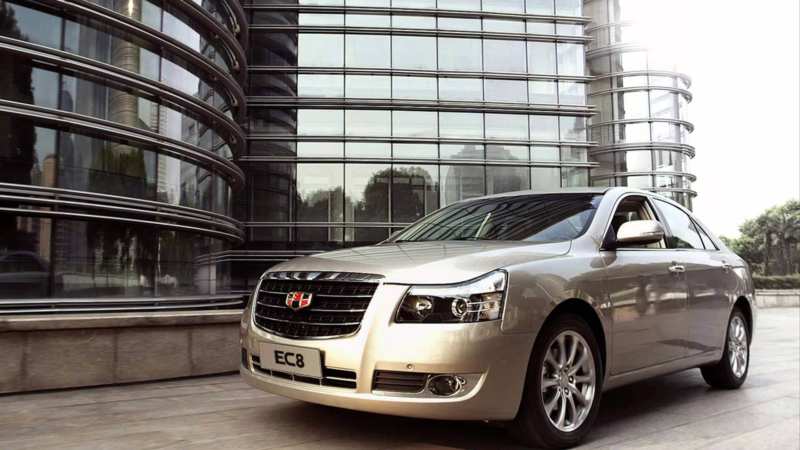 The flagship version of the Geely Emgrand EC8 model line, which was presented in the Chinese city of Guangzhou in December 2012 at a car show, was able to reach us. It is no secret that the percentage of cars produced in China in the global market is constantly increasing, every year, showing a solid growth rate.

They started with the assembly of inexpensive cars, and later they were able to quickly cover almost all the departments of automotive production and now quite seriously took up the conquest of the car market by E-class cars. The debut car in this direction was a Sedan’s version of Geely Emgrand US8, which is fully capable of meeting the most serious European standards and is able to impose a serious struggle with already known world brands. The whole model range is Geely.

Turning your attention to the photos and videos that show the Geely Emgrand EC8, you immediately realize that it is very similar to the Audi A8, and this is still a German luxury sedan. You notice it clearly when you look at the front body of the sedan. However, as sometimes happens, the full copying did not work out, which made you very happy. Moreover, Chinese developers managed to make some own design innovations.

Although, the grille of the false radiator was borrowed from the German machine. The latter has large horizontal bars, a plastic frame, which is coated under the chrome with a specialized paint. The Geely Emgrand EC8 sedan is able to stand out with a massive bumper installed in front, and what was integrated carefully made foggers placed in the boxes, which have a stylish shape. 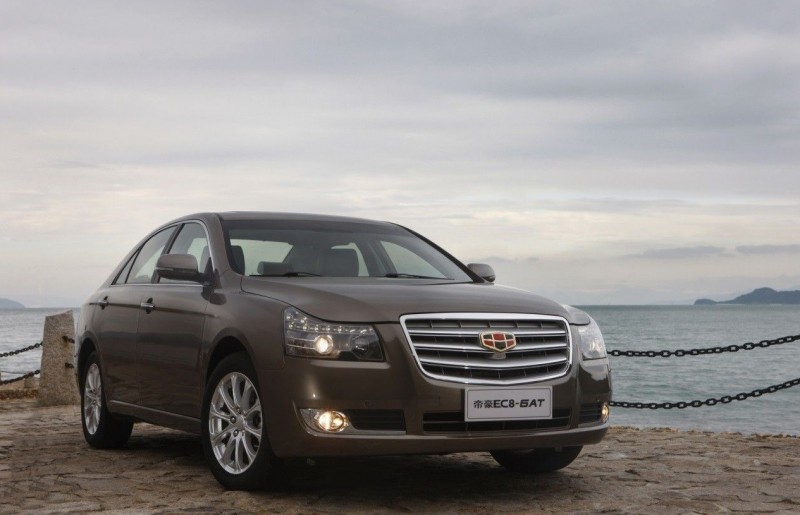 The headlights have decent and solid dimensions and the outer corners of the lamps are slightly facing upwards. The headlamps boast a lined optical lighting system and LED daytime running lights as a fashionable device. Paying attention to the nose, it is worth noting that it looks solid and quite modern. There is also a characteristic hood punching, a large inclination of the windshield, which goes smoothly into the sloping roof.

If you look at the side of the Chinese car Geely Emgrand EC8, it is already a little bit different here – it is difficult to notice something bright and outstanding. The lines look traditional, the roof is flat, the arches of moderate type and dimensional wheels, the side parts have flat surfaces. 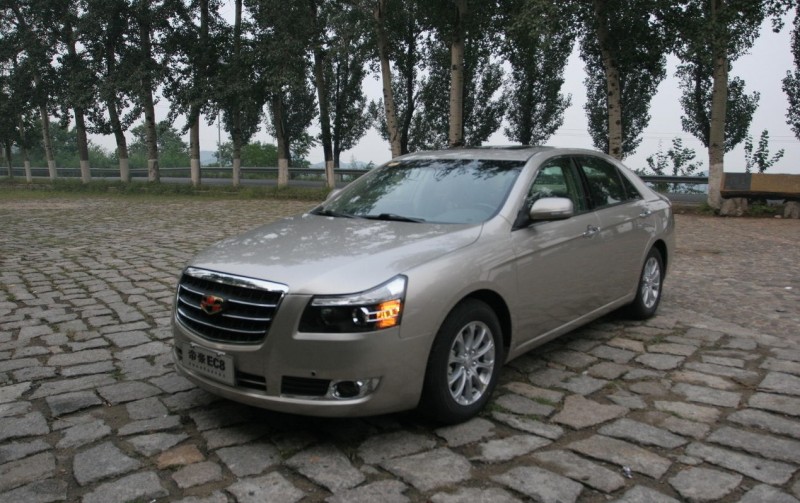 However, despite all this, there is something that can attract the eye – a rib that is on the same level as the door handles and which differs from the general gray background of their own attractiveness. When it comes to the stern of the Geely Emgrand EC8, it is also worth saying that it does not stand out from the crowd and has simple and concise shapes. At the back you can see the presence of a bumper, compact overall lights with the use of LED lighting system, luggage compartment lid, which is painted with a bar made of chrome.

If we talk about the comfort of the driver’s seat, there are no picks here. Making comparisons with other famous car of this automobile company Geely MK, Emgrand is equipped with a rather comfortable steering wheel. The seats installed in the front have a good side support, which is excellent to hold the driver and passenger when turning. Also, the engineering and design staff used a convenient dashboard and modern audio system with climate control unit. Speaking about the design component of the interior, the company has worked for fame here.

Even the standard equipment includes hydraulic power steering, steering wheel adjustment, climate control, mirror heating, anti-locking and airbags. It is not superfluous to remind that as a finishing material of an interior the fabric is applied. Top-of-the-range equipment already includes leather, as well as a more advanced audio system and parktronic. 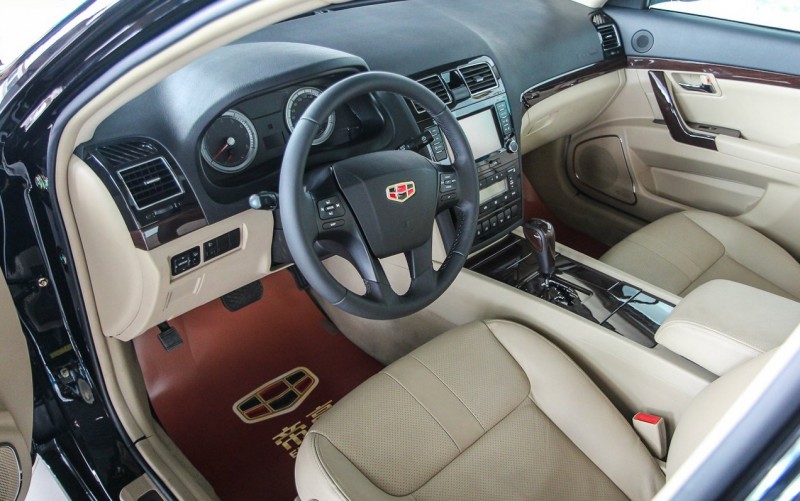 In general, the interior of the Geely Emgrand EC8 is a good competitor even to the famous interiors of advanced world-class cars. Why? Because the Chinese salon has functionality, spaciousness and pleasant design – all this brings only pleasant feelings. The armchairs have light tones and fit perfectly into the design component of the interior. In general, white and black colors on the front console are beautifully combined, which is the corporate style of Geely Emgrand EC8. It was very nice to learn about the innovation for this line of cars, where they began to install a panoramic hatch, even in the standard version.

The blue backlighting on the control panel is responsible for the sensor illumination, which is much improved when compared to the previous Emgrand version. Now it is even more pleasing to the eye. Separately, you can praise the compactness and convenience of the console installed in the center. Various functional keys on it are not scattered chaotically, and are located in order and have quite a small size, so that they are easier to find and do not feel discomfort at their inclusion. 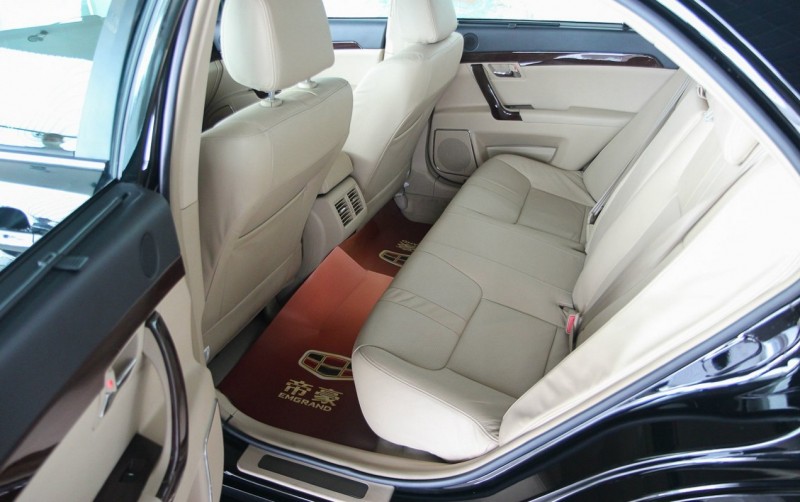 Thanks to the large size of the Geely Emgrand EC8, it has a large luggage compartment with 500 litres of storage space. Even the basic equipment of Jilly Emgrand EC8 pleases customers with electronic and computer equipment of the machine. Among other things, it is necessary to note the presence of the device of the raised admission to the Internet WCDMA, the two-zone climate control, the GPS-navigator, the 8-inch display, mobile parktronic at the front from behind the car and cruise control.

We would like to highlight the highlight of the computer equipment of the car – the control system of steering wheel sensitivity to road conditions and riding technique. Speaking of free space, it is more than enough inside the Geely Emgrand EC8. The car can accommodate 5 adults. Even if you’re over 185 cm tall, you won’t feel uncomfortable. It is clear that you want to pick on the interior decoration, but taking into account the pricing policy of the car, such actions should not be carried out. 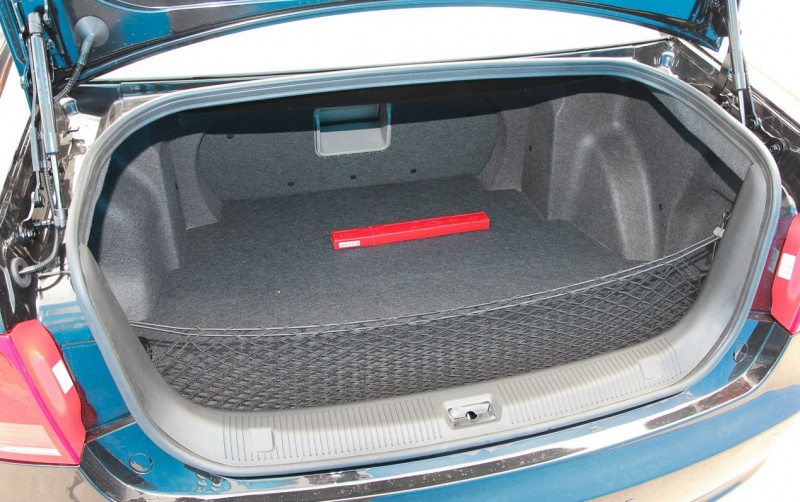 Moreover, the salon can not be called flawed, because the design staff tried to make it more qualitative, which they have succeeded. All interior details were adjusted carefully, ergonomic component at an acceptable level, the Chinese has a decent level of equipment. The steering wheel can be adjusted in a telescopic way, although it is already perfectly in the hands.

The dashboard is not luxurious, it looks simple and clear. Its advantage is that with the sun it does not provide unnecessary reflections, and the driver can get all the data required for him. Seats have good adjustments, which will increase comfort while driving. On the back row, there’s plenty of room in the head and legs.

If you think again about the cost of the Chinese sedan Geely Emgrand EC8, you realize that the car will not impress with its high technology. As for the suspension, it is fully independent with McPherson racks in front and a multilever system on the rear axle. The brake system provides disc brakes on all wheels, and the steering wheel is controlled by a hydraulic booster (even as standard). As a power unit, a pair of in-line cylinders and VVT gas distribution service engines can be installed for the Chinese sedan. 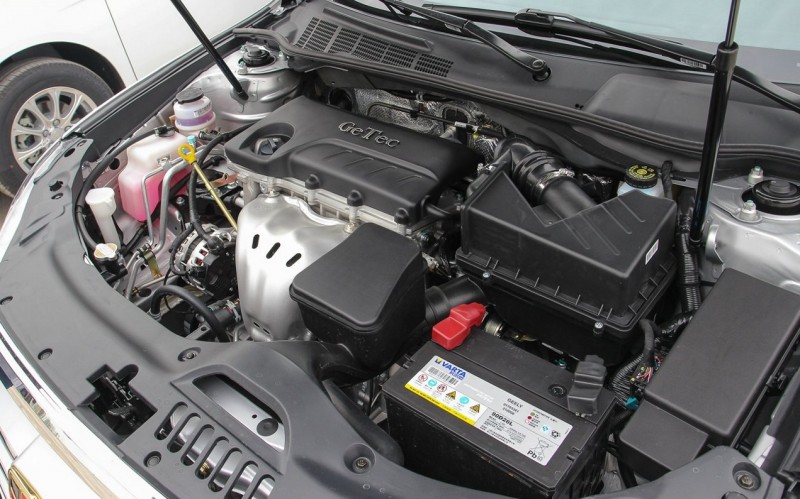 Both engines meet the stringent requirements of the European environmental standard Euro-4. Interestingly, according to the feedback, the engines do not have enough power to make such a massive sedan feel like a fish in the water. This is partly due to the fact that the engines are choking on European environmental standards. The undercarriage is not very quiet with medium size pits, all the nuances of the uneven roadway are transferred to the interior. Even a modern automatic box thinks for a long time and reluctantly switches to a reduced gear.

Chinese sedan class E Geely Emgrand EC8, has an impressive size. Thus, it is 4,905 mm long, 1,830 mm wide, 1,495 mm high and 2,805 mm long wheelbase. The ground clearance is 150 mm. The curb weight of the machine is 1,540 kg and the total weight does not exceed 2,000 kg. Despite the fact that the car has large overall dimensions, the car is equipped with modest disks designed for 16 inches. The wheels are either stylish or light alloy. Optionally, it is possible to buy alloy wheels with 17-inch alloy wheels.

The evaluation conducted by the international organization of safety assessment of C-NCAP machines after the crash-tests showed a record 5 points. In addition to the current computer-aided diagnostics of extreme situations, which are designed to help the driver in emergency situations, the car is equipped with 4 airbags and a list of other support services, such as ABS, EBD and the service of warning of possible collision.

When the Geely Emgrand EC8 was designed, the design team immediately identified the required compressible zones for body deformation. They serve to absorb and then distribute the collision force evenly. A large percentage of the high strength steel used in the bodywork industry was also a pleasure. 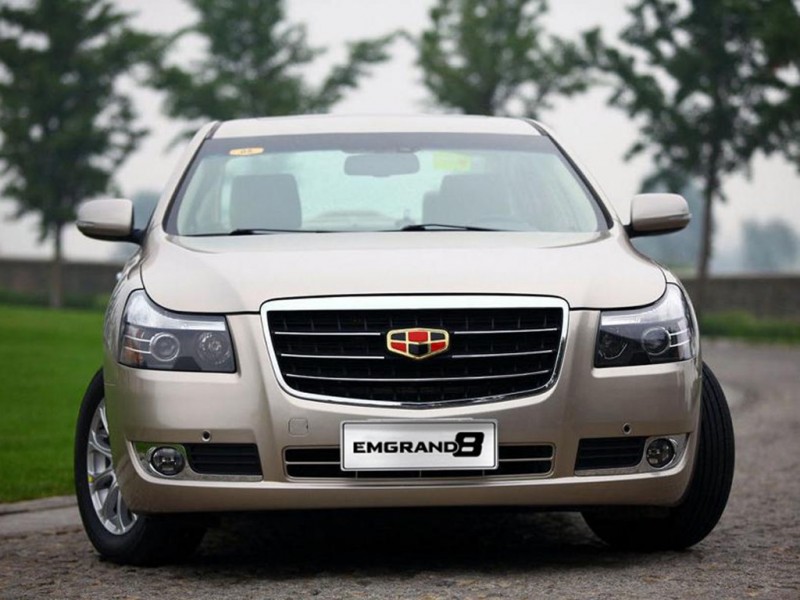 All doors also have shockproof beams, and all bumpers are equipped with specialized amplifiers. Standard modification of the machine has two front airbags, which have two levels. Their volume is 110 and 50 liters. There are child seat mountings available. In all versions of the Geely Emgrand EC8 machine there are disc brakes made of high quality material, which are also ventilated. The famous German company Bosch is responsible for their production. 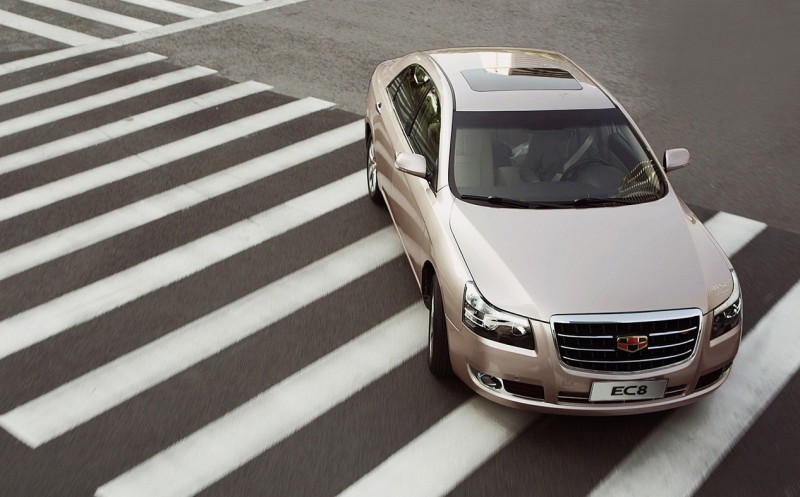 In the modification with automatic transmission is a fairly high-quality audio system with a large number of speakers. Owners of the car will be pleased to have shock absorbers, which support the hood and luggage compartment lid because they are better than conventional supports. Thus, Basic equipment will cost from $5007,93 for the initial equipment and 2.0-liter power unit. 2.4-liter engine with Comfort equipment will cost from $8501,90, and the version with automatic box from $9690,54.

If you used to write about Chinese cars was a miracle, now it’s okay. This also applies to the Geely Emgrand EC8. Chinese specialists tried to make a middle-quality sedan for such “modest money”. Pleasant appearance is present in it, and the presence of LED lighting system, which is now gaining popularity. Internal free space and a large luggage department will appeal to many motorists. And even if it does not have the highest ground clearance, the car still fits our roads.

The level of equipment of Chinese car manufacturers has always been at a high level. Geely Emgrand EC8 will be able to provide you and the passengers sitting next to you with a decent level of safety, because the car has passed the European requirements and received the maximum number of ratings – 5 points. 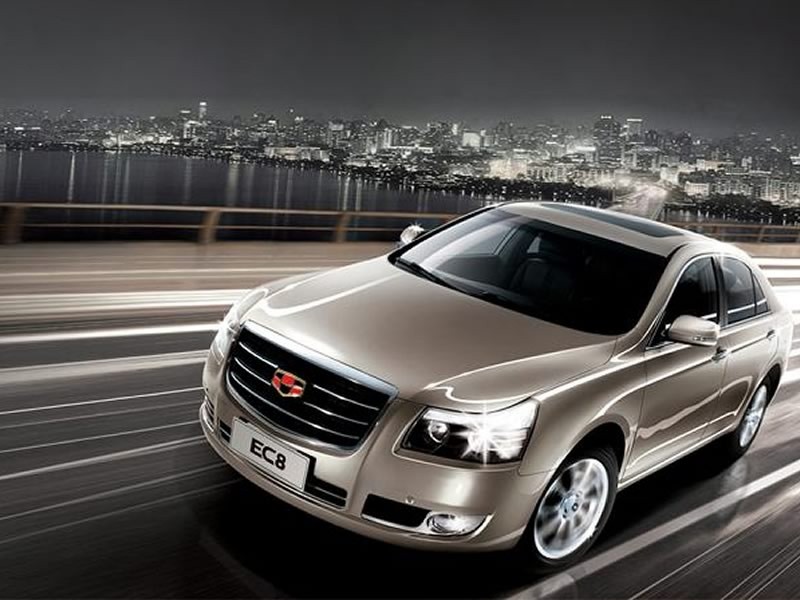 The only thing that seems to be missing is the Chinese man’s power, because because of European standards, which “choke” the power units, the sedan does not have enough power, and because of its size is not big. In general, I was pleased with the quality level of the salon – here the Chinese surpassed themselves. And in general, the car turned out to be moderate in terms of price/quality ratio. I hope that Geely company will continue to develop, improving its cars and making them more affordable for a simple Russian citizen.

We advise you to read the article: Geely’s History 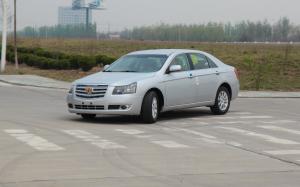 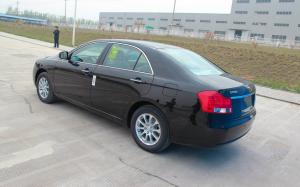 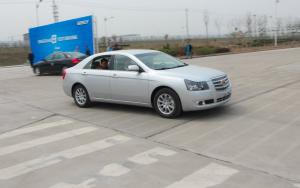 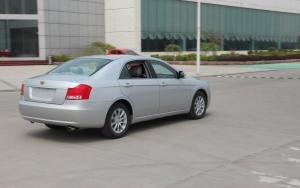 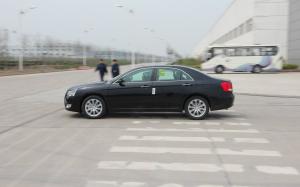 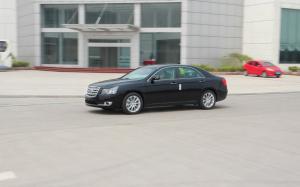 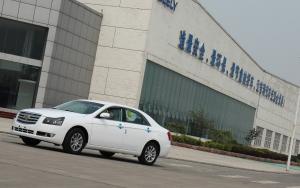 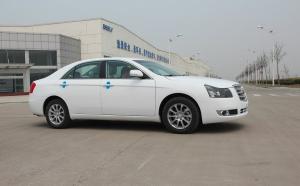 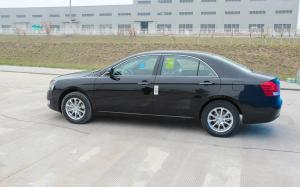