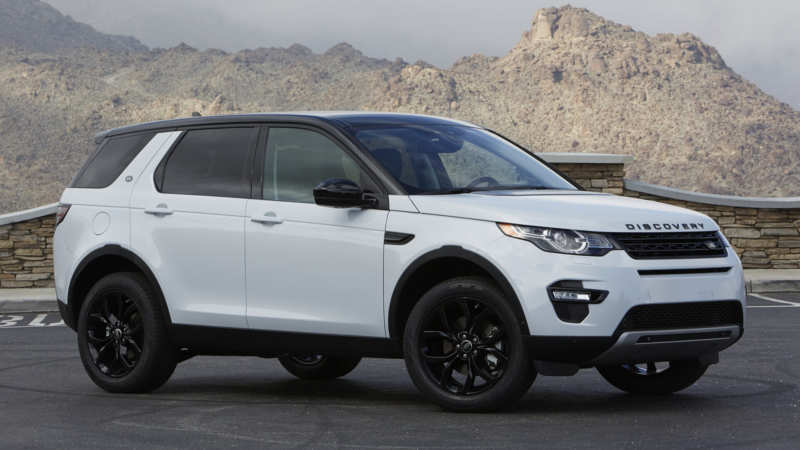 The Discovery Sport 2015 SUV is the successor to the Freelander model. The compact crossover with a catchy design marked the division of the Land Rover into three branches: Range Rover (premium segment of SUVs and crossovers), Defender (utilitarian niche), Discovery (middle class and, presumably, the most popular). Land Rover Discovery sales are planned for the first months of 2015. The whole model range is Land Rover.

The rounded shape, combined with the large design details, gives the car its gallantry and presentability. It looks like a solid, male car. According to the engineers from the manufacturer’s company, during the production process they tried to make the most comfortable and versatile car. It really looks like the truth, with good off-road cross-country ability, the car has kept its former dimensions, which allow you to move easily through the narrow streets of the city. You should agree, because it is pleasant to own the car, which can be parked in any yard and drive even on the street filled with cars. 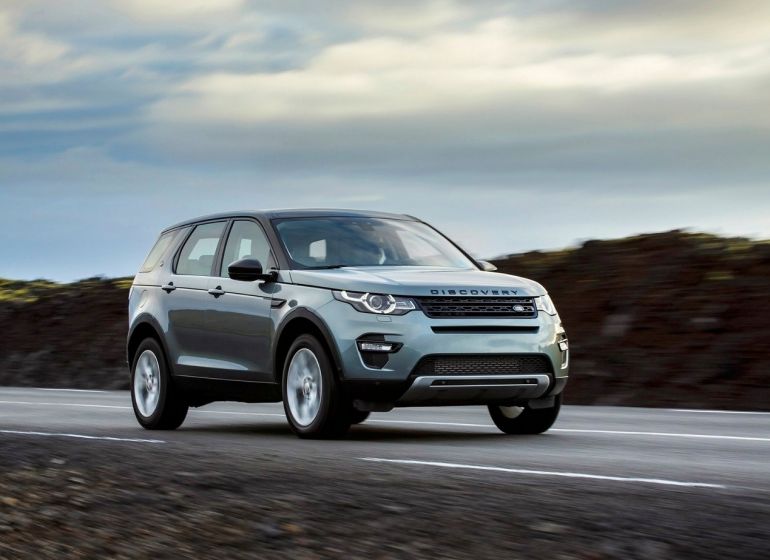 In front of the Land Rover Discovery Sport, it speaks of its sporting beginnings and brutality. High ground clearance allows you not to be afraid of impassability, you can not worry you do not exactly catch the bottom of any objects. The streamlined shape has improved aerodynamic performance, making the already fast speedy Land Rover’s capabilities even steeper. The sporting style is also evident in the optics. The headlamps have taken on an architectural shape and the daytime running lights have become even more convex and accentuated.

In the stream you can easily recognise the Land Rover Discovery Sport 2015. The crossover is equipped with a traditional radiator grille that allows you to recognize the Land Rover brand from afar. Against the background of competitive jeeps, this brand stands out by the fact that the foggers are made in the form of strips, not round. Behind them there is a thin air inlet and grid. Every detail of the new discovery underscores its class and status. 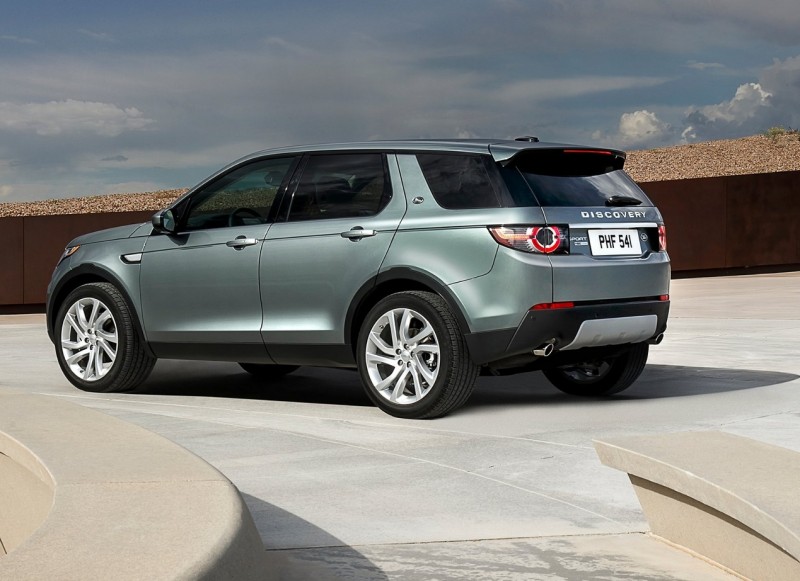 Looking at the car from the side you can see changes above the arches. The wings have plastic overlays that serve as additional body protection. Visually, you can see the expansion of the car. The only disadvantage of the exterior, which is not so significant, but still leaves negative emotions are side mirrors. They are a bit small, if their shape was more elongated, the driver would feel more confident in the flow.

Land Rover Discovery Sport is based on wheels from the eighteenth to twentieth radius. The overall picture of the design is completed by an extravagant rear bumper and parking lights. Every detail, every element of the body shows that in front of you there is a modern, sporty crossover. There is no doubt that it is powerful, with dynamic acceleration, fast and maneuverable. The basic version of Land rover Discovery Sport is delivered in weight from 1817 kg.

Being in the salon immediately feel the quality and luxury. The new Land Rover Discovery Sport is able to fall in love with itself at a glance. In the design of the salon you will not find anything supernatural or intricate new design ideas. But there are modern equipment and standard elements in the new design. Everything is within reach and the driver does not feel uncomfortable.

By the way, in the new model of the Land Rover Discovery Court the usual gearshift lever has changed to a joystick with aluminum treatment. Many additional buttons have been added to the updated steering wheel, with the help of which you can control all the options of the car. Depending on the selected equipment, the steering wheel can be equipped with a button for answering and rejecting a mobile phone call. 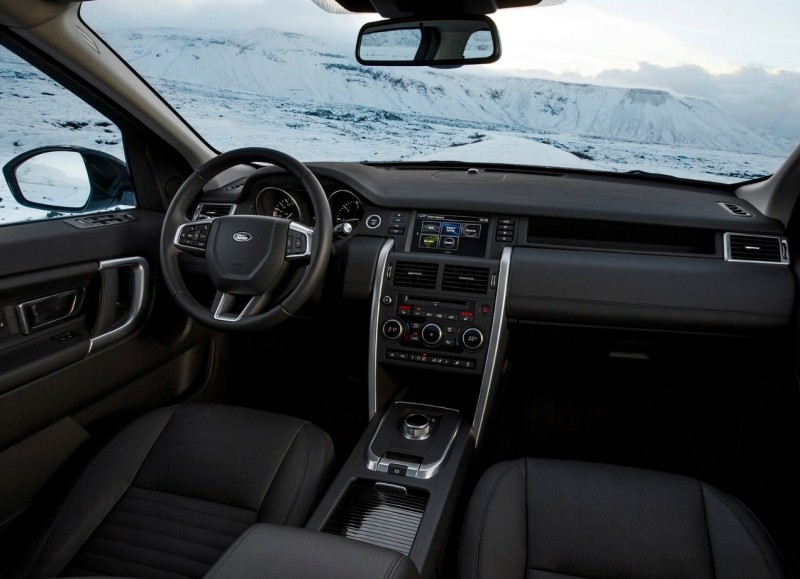 The instrument panel is divided into two parts. The upper one is made of soft plastic, the lower one is made of leather matching the colour of the interior. All the devices are easy to read and allow you to get timely information about the condition of the car. The on-board computer screen displays information about fuel consumption, technical condition, navigator, rear view camera image.

The cabin can comfortably accommodate up to five people. All seats are very comfortable and can be adjusted to different positions. There is enough space for three people at the back, the knees do not rest in front of the people sitting. The boot in Land Rover Discovery is spacious and spacious. It is ideal for travelers.

Assumptions of analysts of the auto market were confirmed, in the Russian Federation Land Rover Discovery Sport will be delivered with three types of engines: 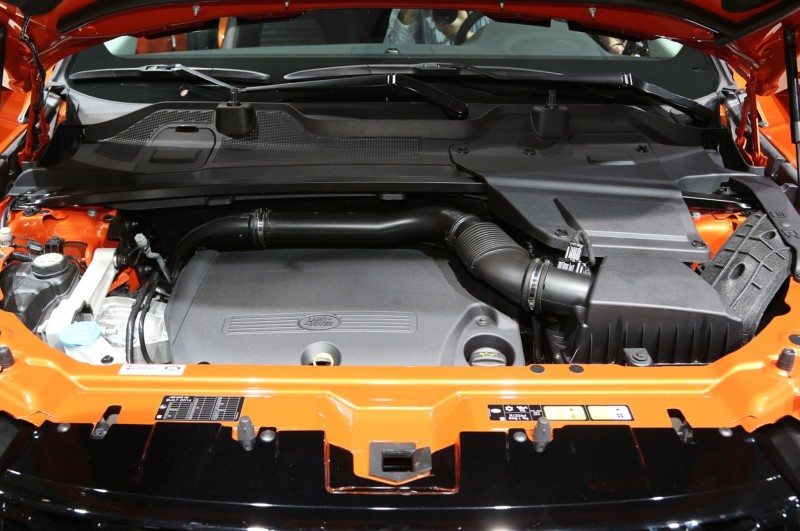 All three engines use a nine-speed gearbox ZF 9HP48. It is expected that six Getrag range manual transmissions for diesel engines will be available in the future. There is a possibility of another engine with reduced fuel consumption, but in the Russian market it is unlikely to appear.

The front suspension of the Land Rover 2015 is based on McPherson racks, and the rear part consists of a new sub-frame and aluminum levers. When driving off-road, the positive effect is achieved due to the fact that the suspension has a free stroke of 340 mm. The brakes are disc brakes, equipped with all the necessary safety systems.

The well-known motor vehicle safety assessment organization Euro NCAP has evaluated the Land Rover crossover by five stars. Despite the fact that many people will probably fall for this car only at the expense of Land Rover Discovery Sport photo, the car is still very reliable and justifies itself. The engineers from the company have equipped it with the latest airbags and many other advanced technologies.

In addition to the already known systems, support for emergency braking has been added. Before entering the market, each Land Rover model is subjected to many tests. It is worth noting that even the seats guarantee a high level of passenger and driver protection. In the back row the retractable belts corresponding to high standards are added. 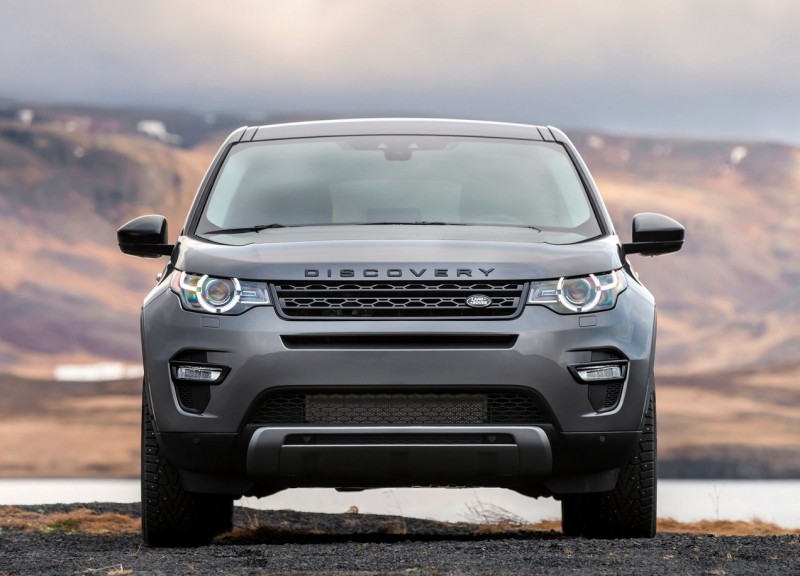 All other security features in the Land Rover are used:

It is known that the company has added a special airbag to the bumper, which will be triggered by a pedestrian impact if the car moves at a speed of 25-50 kilometers per hour. The pedestrian will now be protected from fatal injuries. 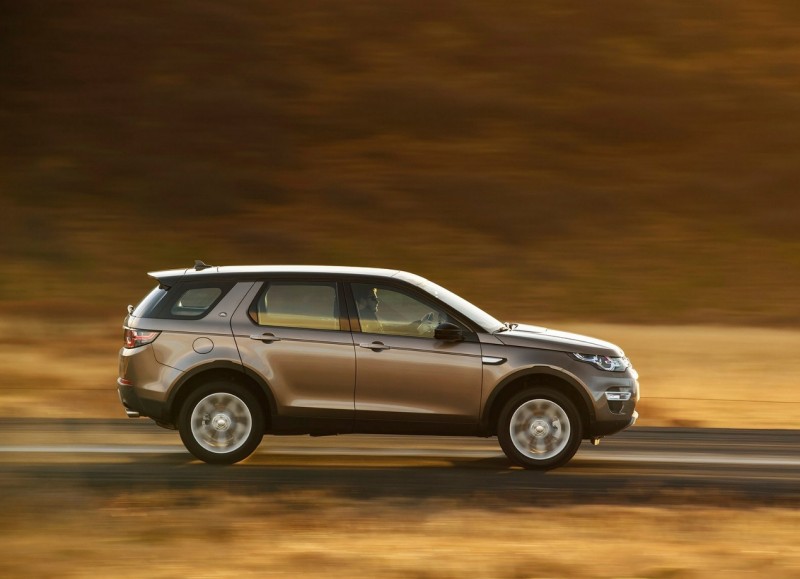 We’ve got the pros:

The essential minus of Land Rover Discovery Sport is its price. But despite this, the car is worth its money and justifies the money invested in it. On the territory of the CIS he will clearly find his buyers and fans.

We advise you to read the article: History of Land Rover 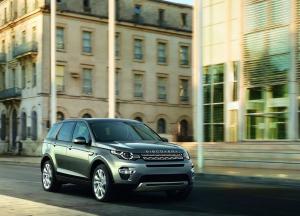 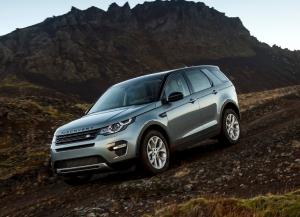 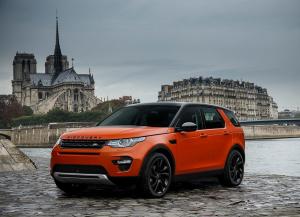 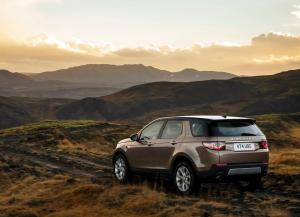 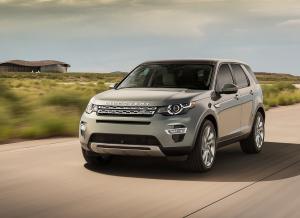 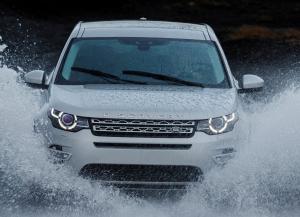 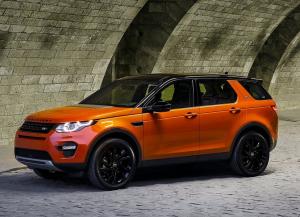 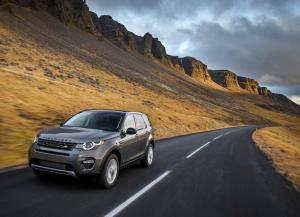