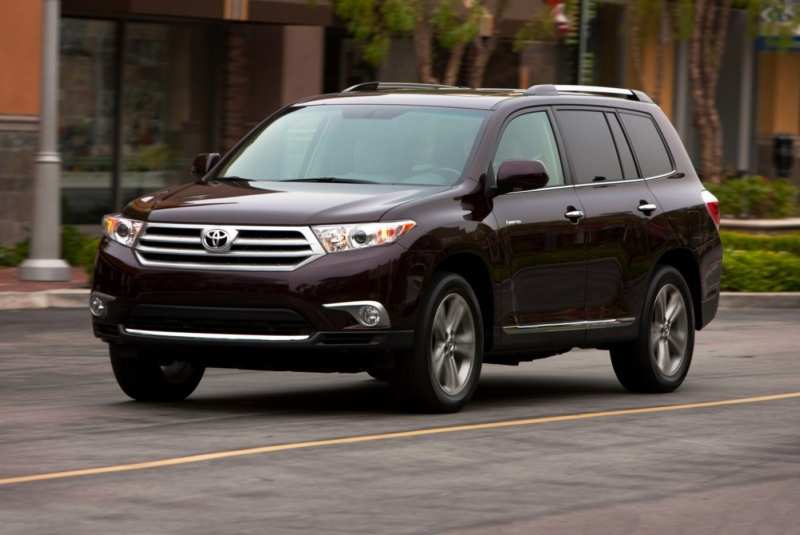 It has become longer and more spacious, built on the new “cart” TNGA-K, which works wonders. What else is known about Toyota Highlander, presented in New York. This is the fourth generation of Highlander, a large family crossover for Toyota.

The car has moved to the modular platform of New Global Architecture, which uses more superalloy steels. The already large car has grown by as much as 60 mm – now its length is 4950 mm. A lot of extra space has gone into the trunk, but the gallery hasn’t been offended either. 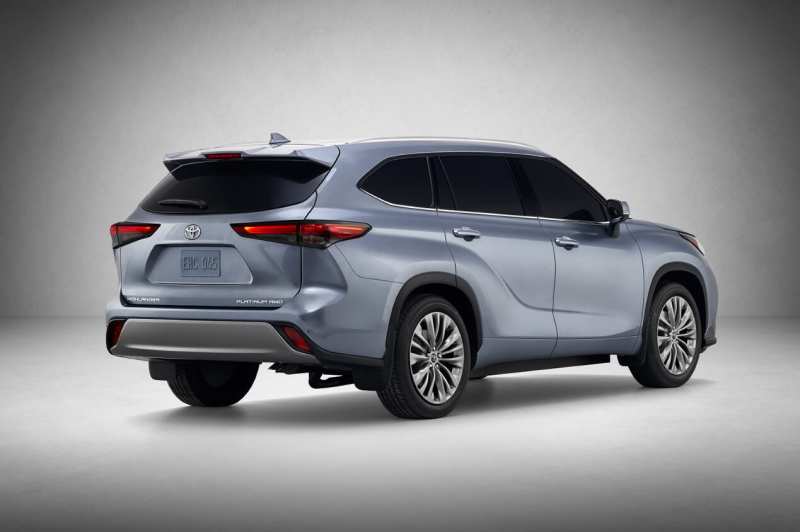 The second row of armchairs can be moved forward and backward, and sofas can be shaped according to 2 + 3 + 2 (7 people) or 2 + 3 + 3 (8 people). The standard roof rack capacity of 465 litres is increased to 2075 litres by the folded seats. Externally, the crossover has been transformed – a noticeable resemblance to the RAV4. Flawless style of the car is emphasized: 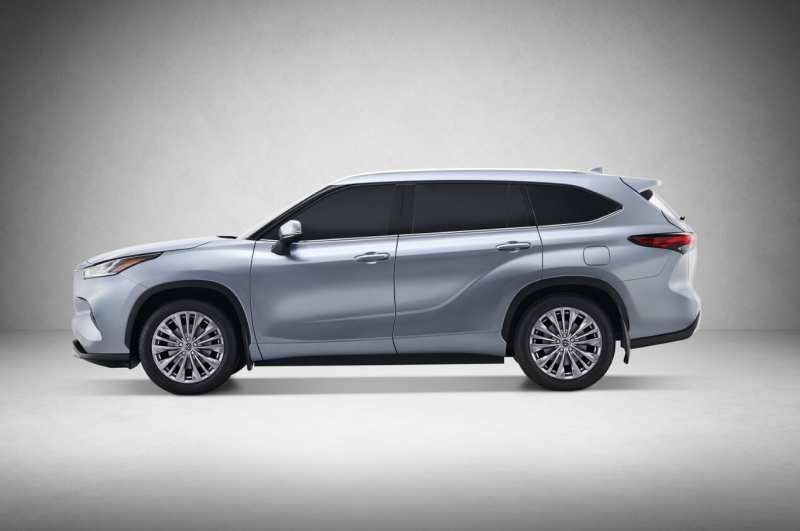 The 4th generation of Highlander received an upgraded multimedia system that supports Apple CarPlay, Android Auto, 11 JBL speakers and an 8-inch display, background lighting. The top version will increase the display size to 12.3 inches. The car’s handling has been made more comfortable and secure with additional options: 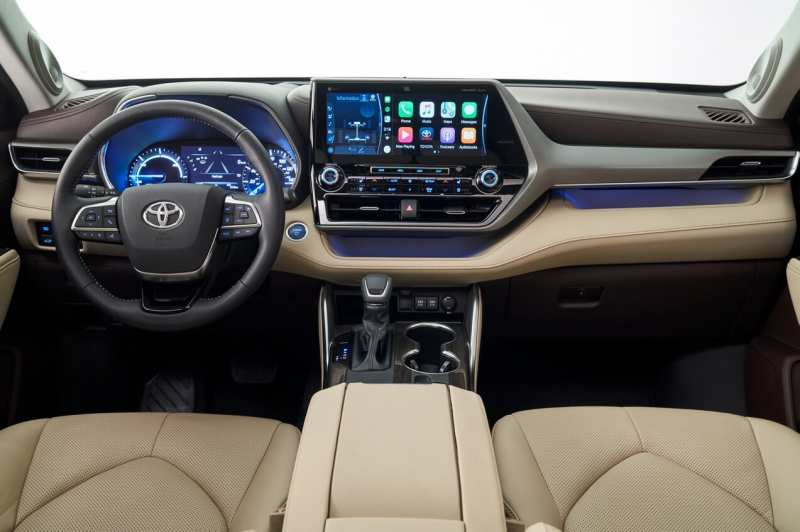 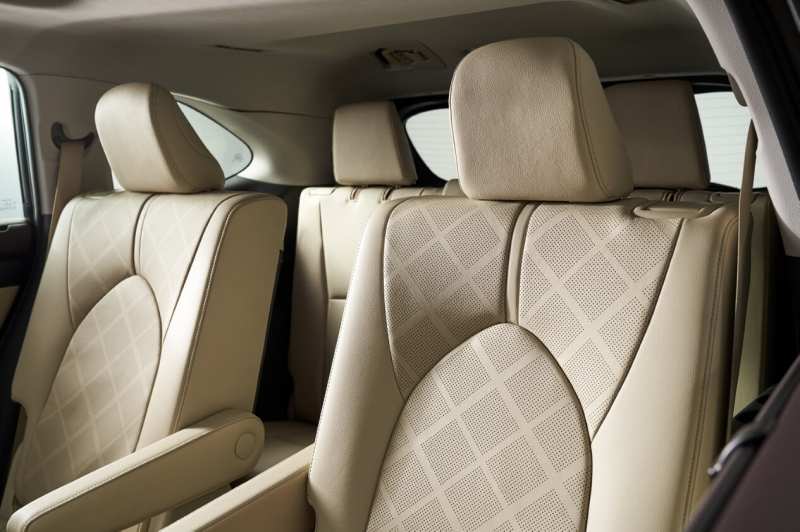 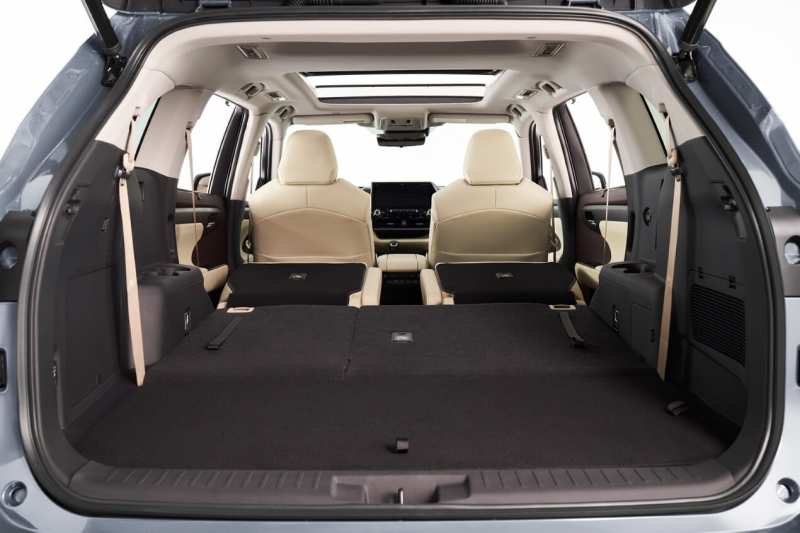 Growth in size has affected the car’s behavior. As the body stiffness has increased, the handling on the big road has become better, and the turning radius is smaller. In top-of-the-range equipment you can count on the 299-horsepower V6 3.5 Dual WT-i. It is not easy to resist the temptation to buy a hybrid Toyota.

The previous model was equipped with a gasoline V6 3.5 and an electric motor, with a total potential of 306 horsepower. In the IV generation of Toyota Highlander there are three engines: gasoline “four” with a volume of 2.5 liters and 2 electric motors. By the way, ICE works on the cycle of Atkinson, the total power of 3 engines is 243 hp, 209 “horses” give out electric motors. 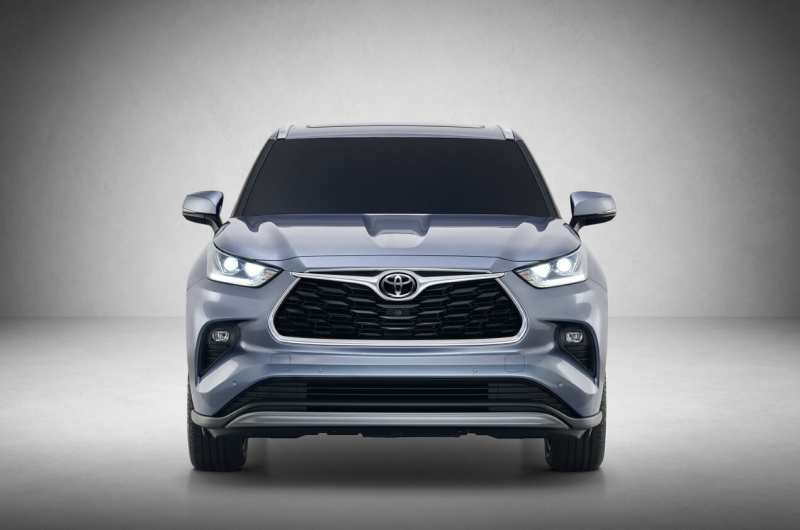 Somebody will think this decision is controversial, but in a mixed cycle the car uses no more than 6.9 liters of fuel per 100 kilometers. The updated Highlander can be front-driven. Fans of all-wheel drive can choose between 3 versions of the car:

It’s too early to make predictions about the price of a Toyota Highlander car. In the American market sales will begin not earlier than December, the hybrid version will appear in the market in February 2020.