Dacia is a Romanian car manufacturer, named after a historical region that makes up a large part of modern Romania. Currently, it is a subsidiary of Renault. The company is the largest Romanian exporter with 7.9% of total exports. The Dacia plant in Mioveni, Ardzhesh, is currently the fifth largest automotive production in Europe, with 412,718 units per year. Dacia has already won several international awards, such as, for example, two “Autobest car of the year” in Europe, and one “Car of the year” award in Scotland for Dacia Duster. The whole Dacia range. 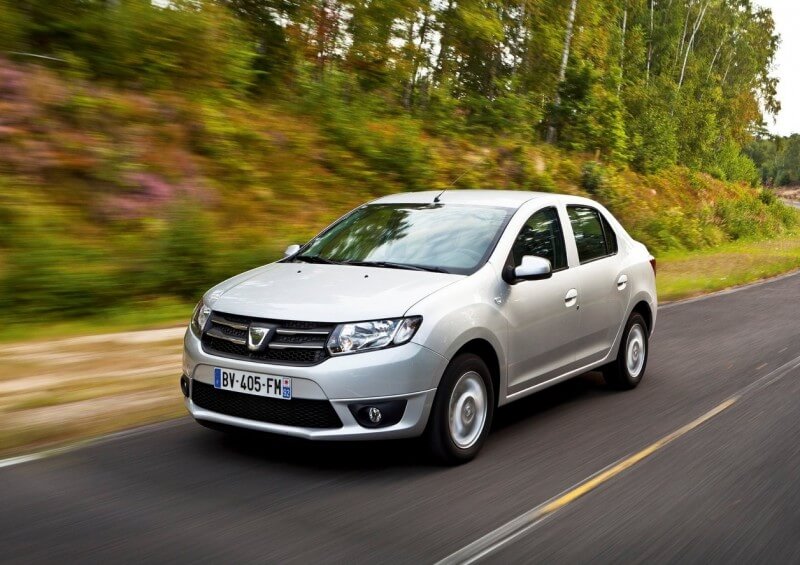 The main factory in Dacia was built in 1968, in Colibasi (now Mioveni). Dacia acquired a production line for Renault 12, however, without waiting for the completion of construction, it was decided to produce under license from Renault 8. On the domestic market, the machine was called the Dacia 1100. From 1968 to 1972, about 44000 cars were produced. 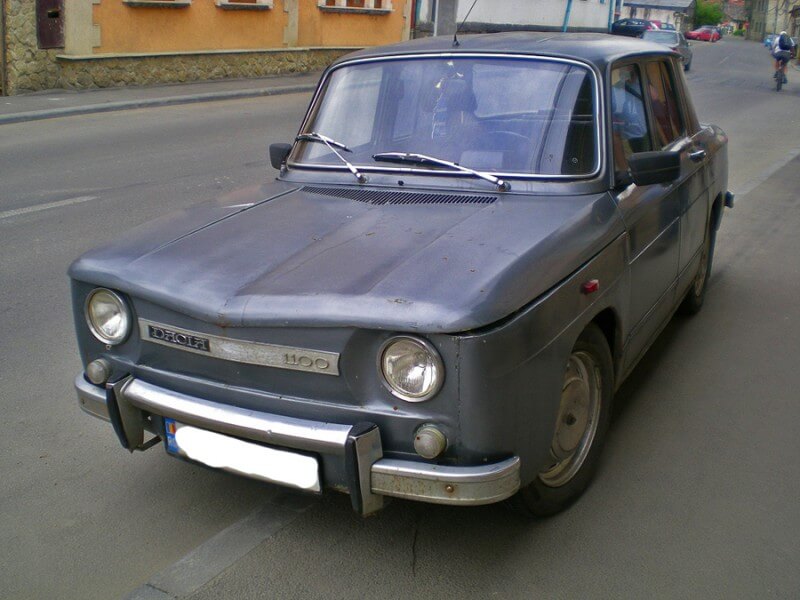 The first Dacia 1300 came off the assembly line in the summer of 1969. It was shown at exhibitions in Paris and Bucharest. Romanian buyers have approved the modernity and reliability of the car and the queues for purchase have always been long. Since 1970, several variants of the car were produced: standard 1300, 1300Lux and 1301 Lux Super. Small batches were produced by D6 (Renault Estafette), Dacia 2000 (Renault 20) and Renault 18. 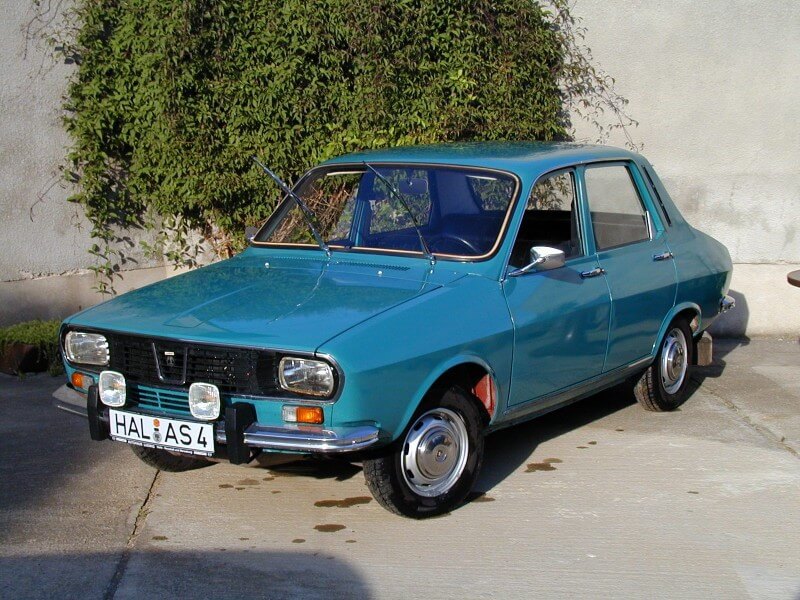 Export of the plant’s machines to Great Britain was organized, however, Dacia did not enjoy special demand. It also did not help that in the export version there were such options that were not available in Romania as five-speed gearbox, cast disks and electric window lifters. 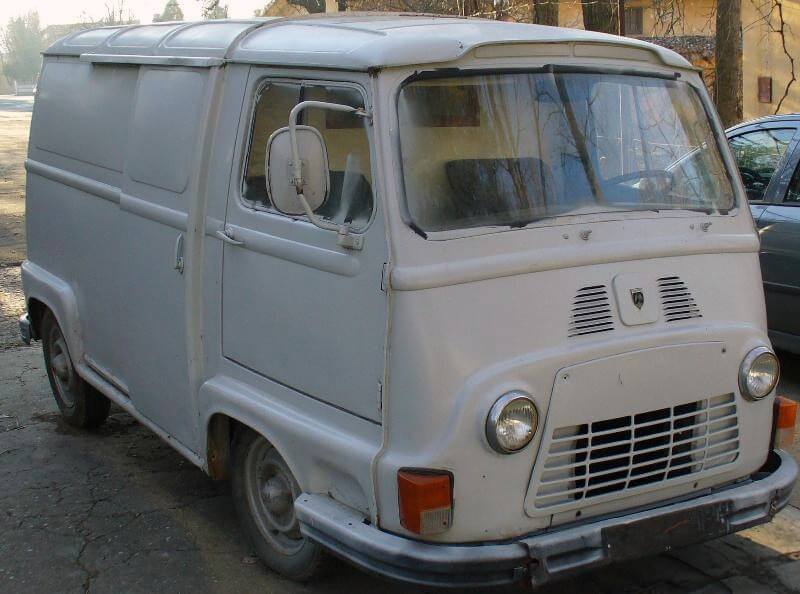 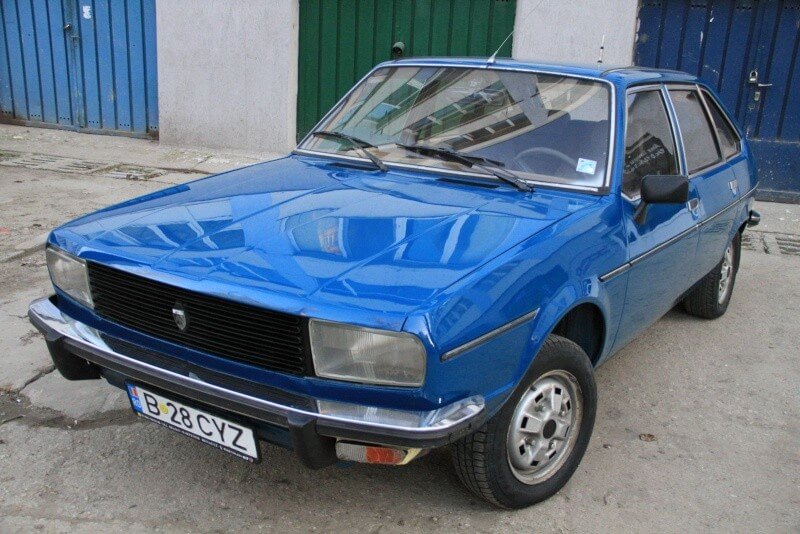 At the same time, the Sport model was produced. In 1980, the Romanian society admired Brasovia, the prototype of a sports coupe based on 1310, developed at the service station in Brasov. Soon the two-door Dacia 1310 Sport (1410 Sport since 1983) became available for the golden youth of that time. 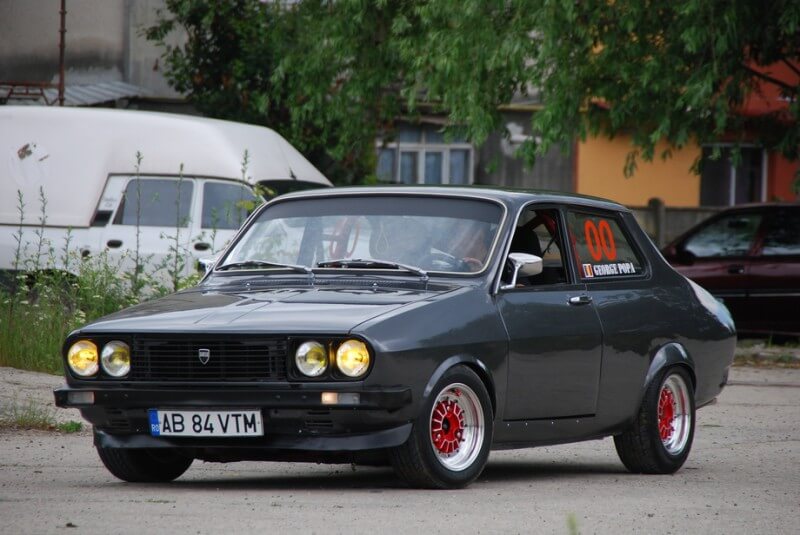 Enthusiasts continued to create on the basis of their favorite models, for example, made of Dacia 1310 limousines can be found on the road. These cars are highly valued by Dacia enthusiasts. Web-forums of amateurs are full of certificates of rarities and curiosities produced by Dacia in those years. Manufacturers changed the contours of the bumper, the size of headlights and grille, although the basis was the same model 1300. 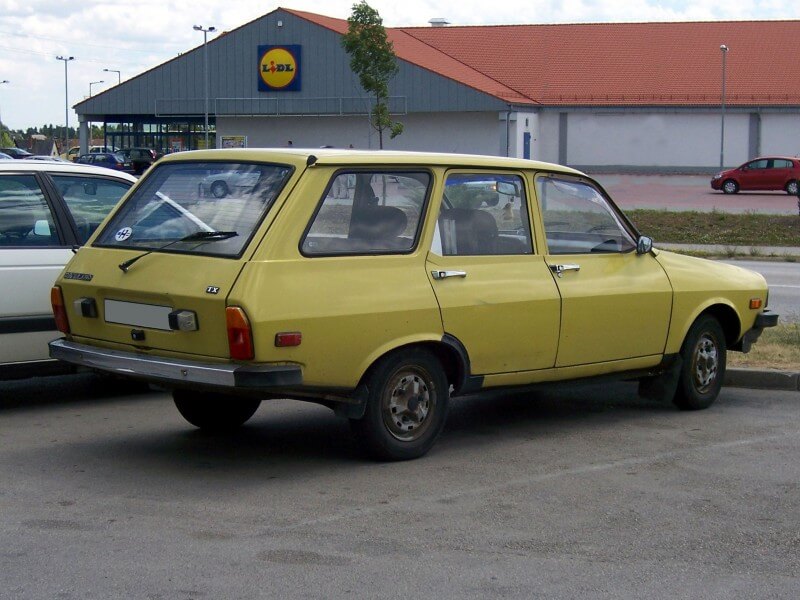 Cars from the 1992-1994s remained essentially rarities; although efforts were obviously made to renew the model range, there were numerous signs of stylistic hangovers. One can only guess about the methods used in the production lines of the era. 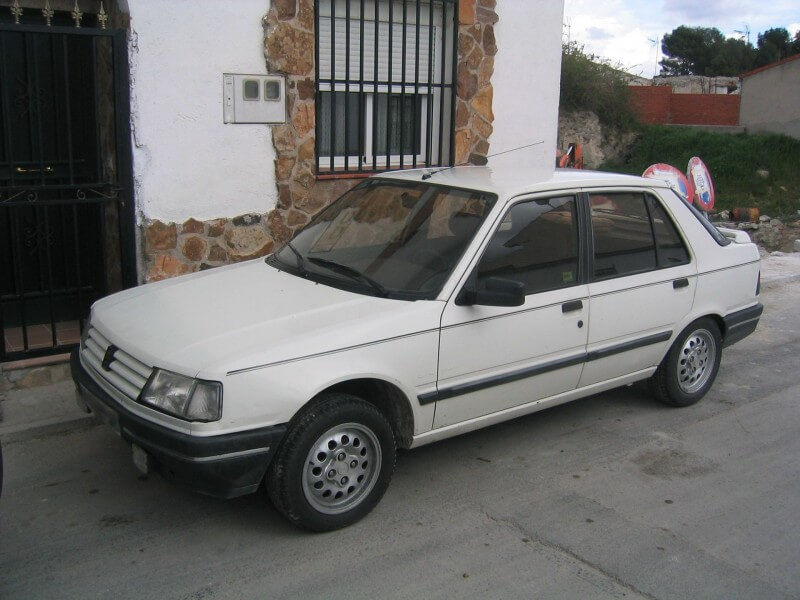 Dacia Nova and Dacia SuperNova Since late 1994, Dacia has launched a compact sedan or hatchback – Dacia Nova. The design was quite outdated, however, the design of Nova is 100% Romanian development. The model was unsuccessful and it was only after the revision in 1996 that the Nova could be seen more or less often on the Romanian roads. 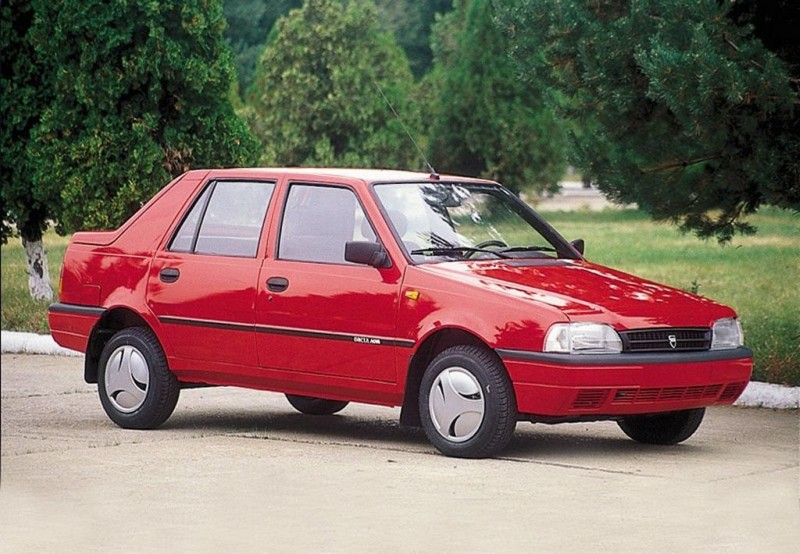 On July 21, 2004, the latest models of the 1300 series were rolled out of the factory gate at Mioveni just a month before the 35th anniversary of production. During the thirty-four years of production, more than 2.5 million units of products manufactured by Dacia have been produced. The 1300/1310 models were the owners of the Romanian roads.

In September 1999, Dacia was purchased by the Renault Group in order to make Romania a center of automotive industry development for Central and Eastern Europe.Finally, to replace the models of 35 years ago, a completely new Dacia Sole was released, however, it was only a temporary model to fill the pause in front of the Dacia Logan, a copy of the Renault Logan characteristics they have the same, and training staff in Western standards of production. 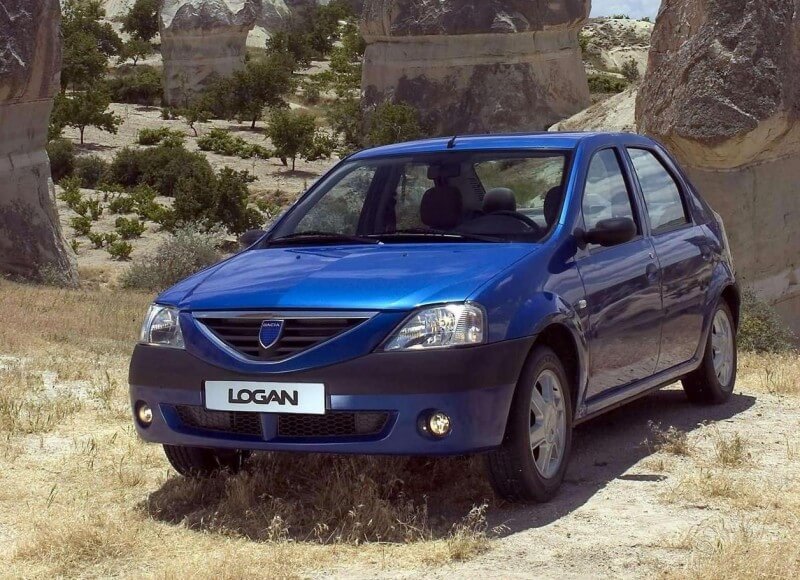 Dacia Logan is the most successful model after 1300. It has become one of the most popular cars in Central and Eastern Europe, as well as in Russia. Logan is sold in many countries, sometimes under the Renault brand.  In 2009, a new concept called Duster 2015 was presented at the Geneva Motor Show. This is the first parquet SUV built by Dacia since the acquisition of Renault, it has been available in Europe since March 2010. 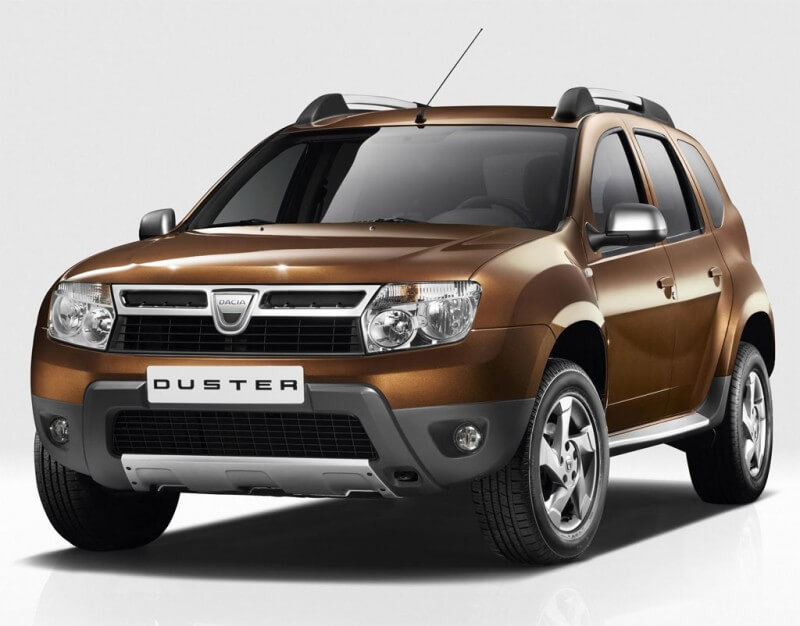 In 2012, the second generation of Logan and Sandero were shown at the Paris Motor Show. They have much in common in appearance and are equipped with improved standard safety features, new engines and other new equipment. 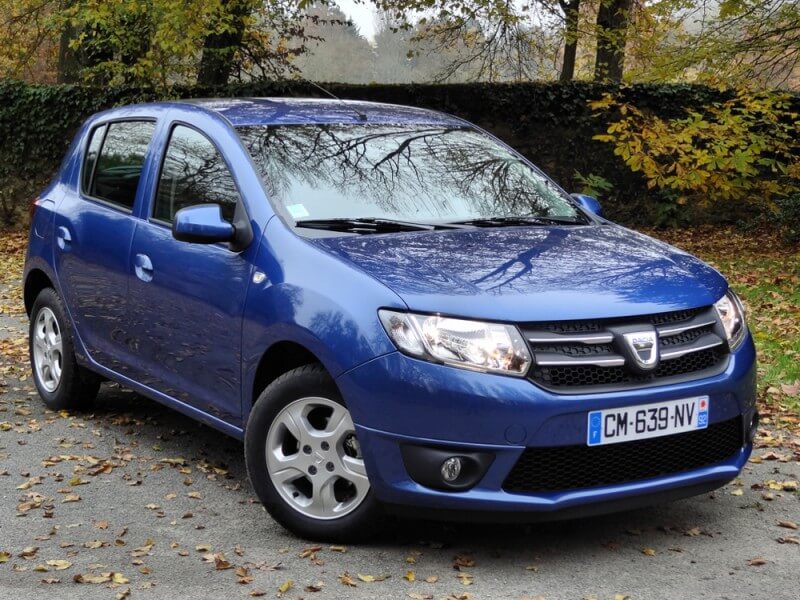