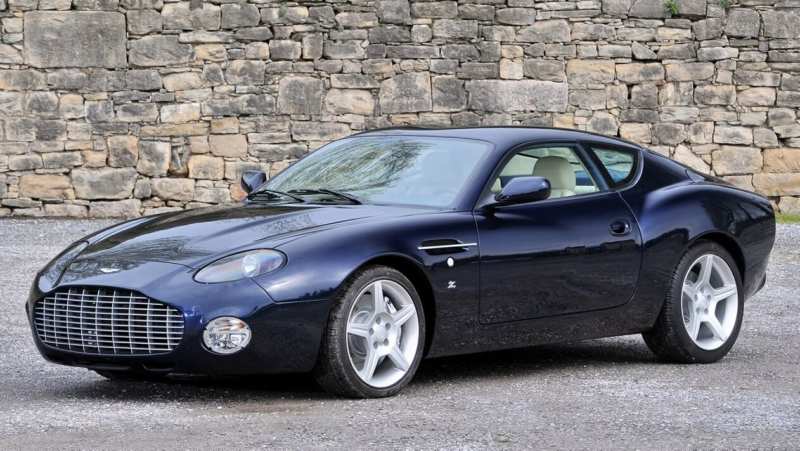 The Aston Martin DB7 is a Gran Turismo, which was produced by Aston Martin from autumn 1994 to the end of 2004. The whole model range is Aston Martin.

This sample was generally available in coupe and cabriolet bodywork. The first sample was prepared by the end of 1992 and was officially presented at the Geneva Motor Show in the spring of 1993. In the following decade of car production was produced about 7,000 models of this car, before it was replaced by his elder brother – Aston Martin DB9. 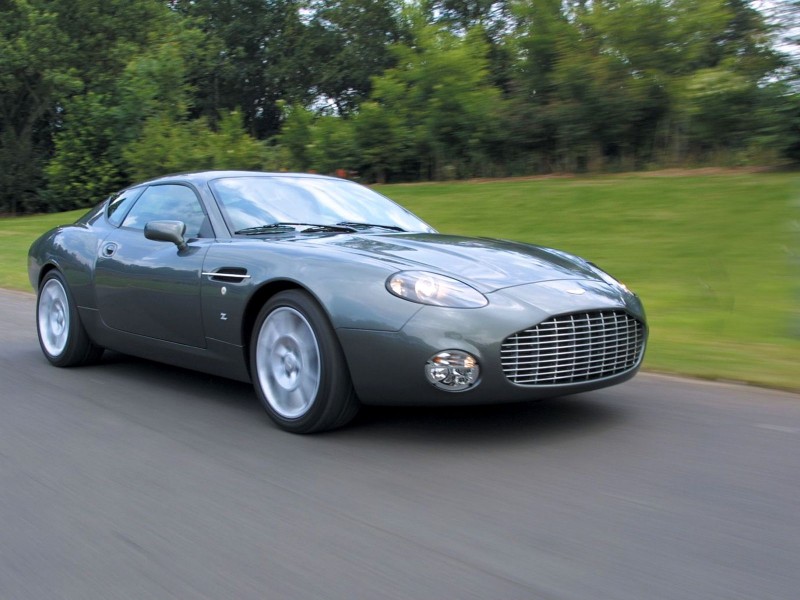 Like many other cars in this class, it is designed for a couple of adults and a couple of children. Aston Martin DB7 was produced mostly with Jaguar money and was supported by Ford Motor. The platform itself is the formation of the Jaguar XJS, albeit with most of the changes. 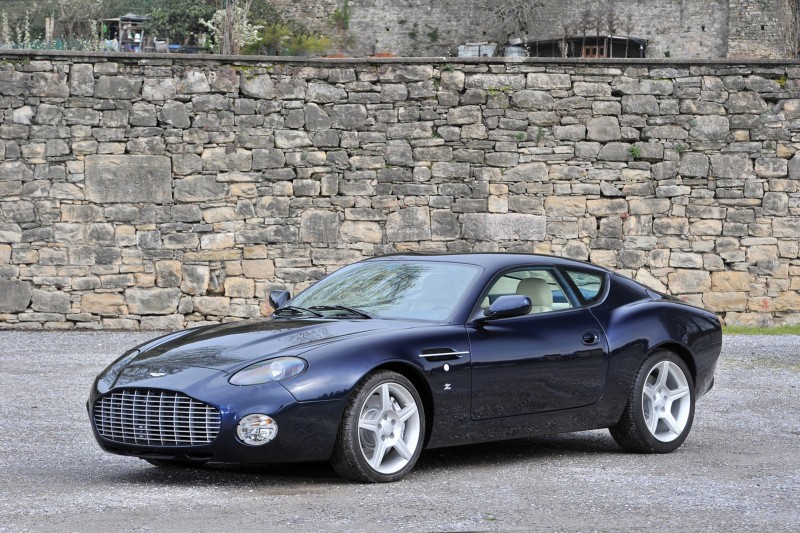 The DB7 brand managed to win a great success – just a year later, following its debut, the statistics on sales of this car went up steadily. Since 1993-2003, more than 7,000 cars have been sold, of which just over half, or rather 4100, were sold under the name DB7 Vantage. There are also other models Aston Martin Vantage.

Paying attention to the appearance of the Englishman, you can see on the roof a couple of longitudinal waves, which are very expressive. Most of the parts used in the car are unique or original. The roof together with the doors and luggage compartment lid is made of strong steel, but the hood was made of aluminum. 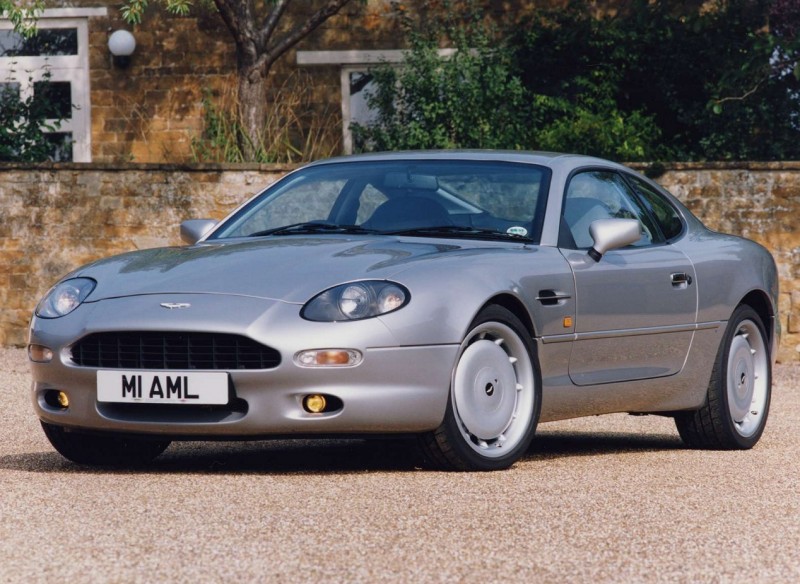 The length of the car is 4.48 meters, the wheelbase is 2.53 m. The weight of the Aston Martin DB7 coupe is 1740 kg, which is a reduction compared to its younger brother, Vantage. Speaking about the DB7 Zagato, we can mention that it is a shortened version by exactly 60 mm and it used a full body made of aluminum, which has similarity with the DB7 model itself. 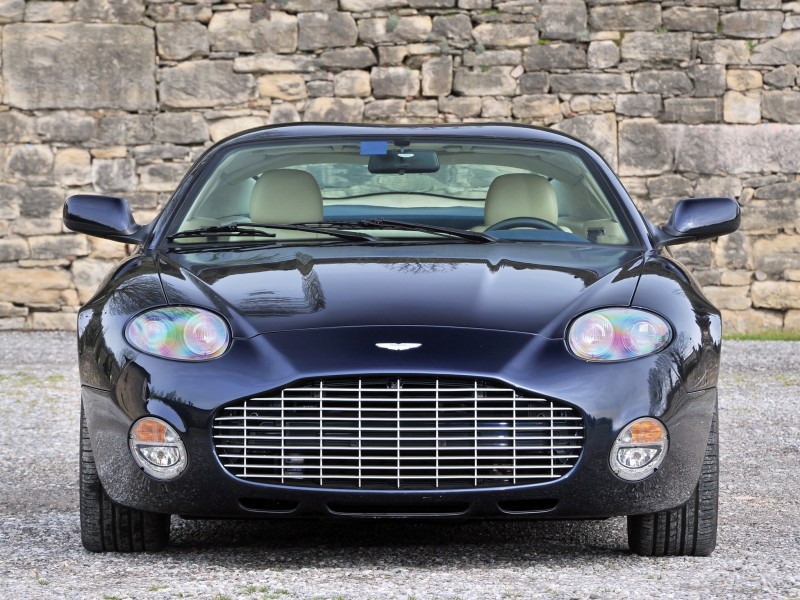 This can be seen by looking at the front lighting of the car, made in the form of an oval, small air intakes, located behind the arch of the front wheels with a chrome diaphragm, the contour of the radiator grille, grown in size, as well as the volume of wheel arches, the back. Some roughness and “muscles” of the body were saved. 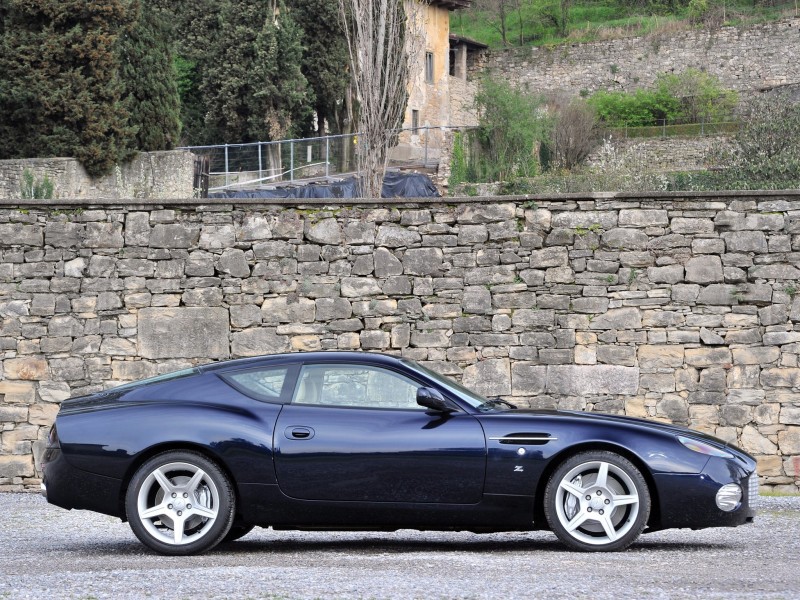 Wheels were not left without attention, and before us there are restyled 18-inch cast disks made by Zagato. The lid of the luggage compartment can be slightly surprised, because it is vertical and stays in the end of the rear section, leaning back like a board of a pickup truck. Aston Martin DB7 coupe and convertible are painted in accustomed green color, which is typical for British sports cars.

The pleasant feeling after the appearance of Aston Martin is not forgotten inside the car. As for the interior, everything is as good as ever. Inside, no matter who is a passenger or a driver, he will definitely feel all the luxury and comfort of driving on the road. 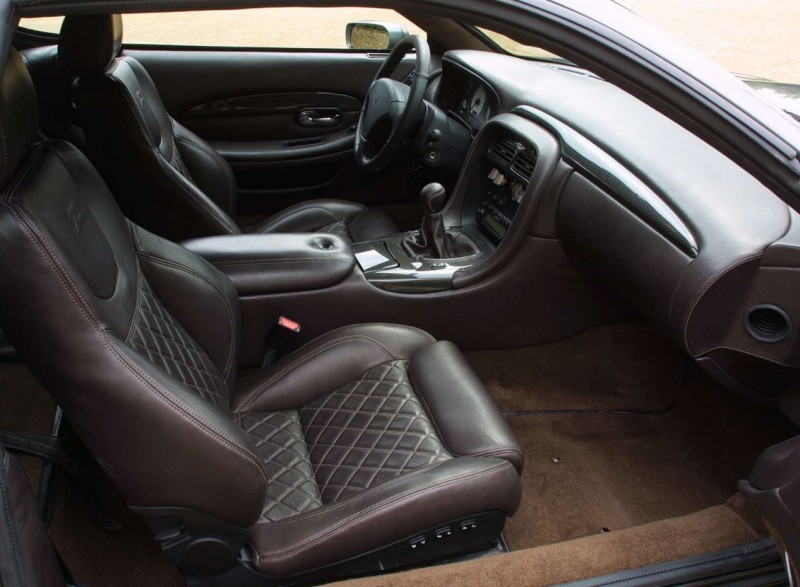 The entire DB7 cabin floor is covered with suede and the cabin is covered with Conolly leather. The heating system has been sewn in almost every corner, and an excellent air conditioner is also present inside. All other trifles are designed for convenience and come complete. In order to protect the life of the driver in various accidents, the airbag is pre-installed.

The Aston Martin DB7 coupe is equipped with a gasoline 5.9-liter V12 48V valve powertrain, which allows you to develop power up to 420 horsepower and accelerating the car to 298 km/h. The engine is synchronized with 6-speed manual gearbox and either 5 or 6-speed automatic transmission, which depends on the choice of options. 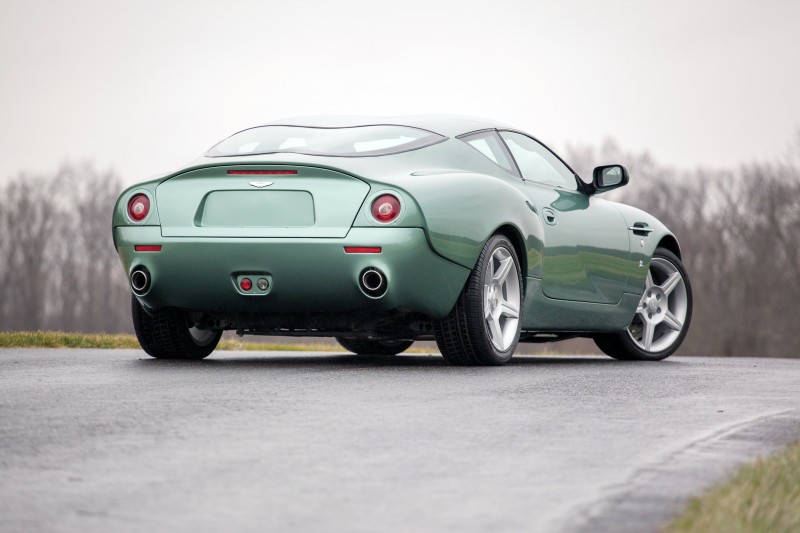 The fundamental configuration of the 5.9 I V12 48V 1999 contains a manual transmission, which in any case will be appreciated by those who like to drive. Aston Martin DB7 Coupé/Cabriolet is counted as a rear-wheel drive vehicle, which requires some qualification from the driver when driving in difficult conditions. Moreover, the British driver is equipped with a stiffer suspension and redesigned brakes.

Like English-made cars are not so much, but still it is possible to buy it from 19678$, for the automatic transmission and 1999 year of production. For the same model, however, in 2004 production will have to pay 6 388 640 rubles. In total, there are 25 Aston Martin DB7 coupe vehicles in Russia. The price will also depend on the general condition of the car.

It is equipped with an air conditioner, electrically adjustable front seats, electric drive and heated exterior mirrors and rear window, traction-control, central locking with alarm system, music system with Kenwood stereo with CD-player and 6-speed speakers made for the interior. 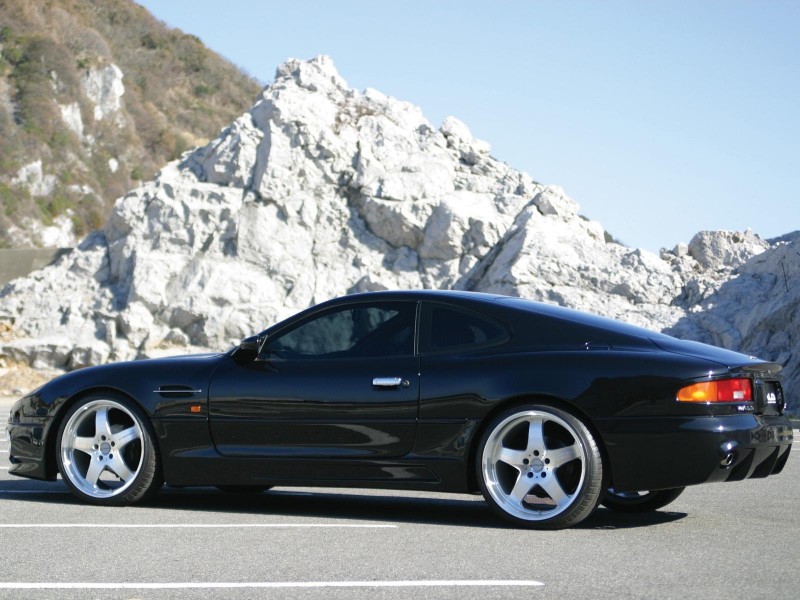 Undoubtedly – Aston Martin DB7 coupe has impeccable popularity among all drivers. This powerful coupe will take you to the necessary place very quickly. What makes the DB7 stand out is its fully manual assembly, which allows you to be confident in its quality, which the company has been confidently holding for almost 100 years. 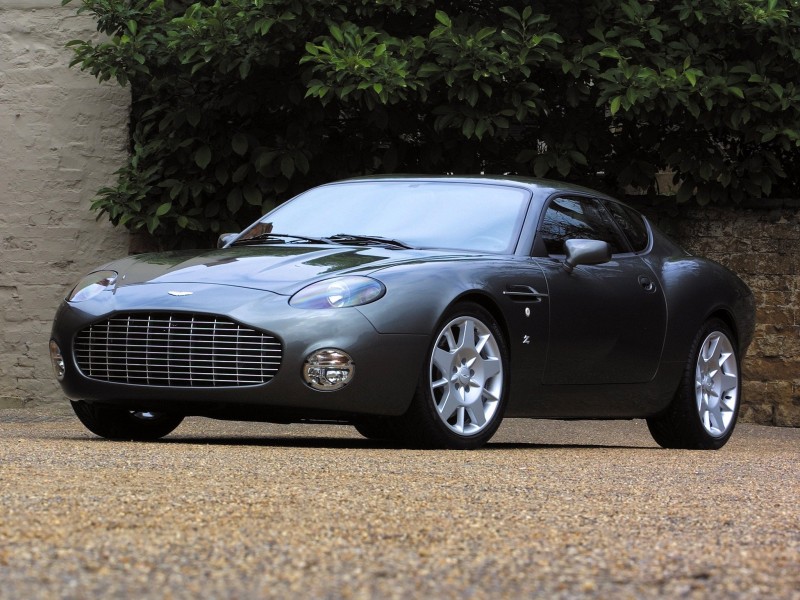 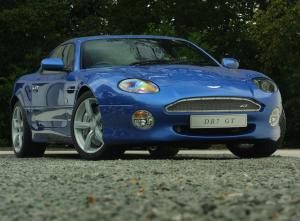 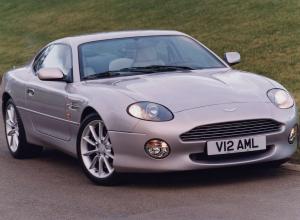 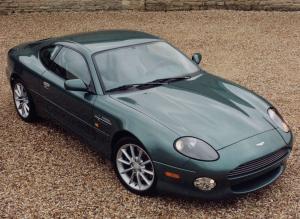 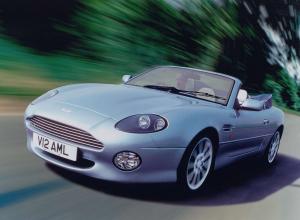 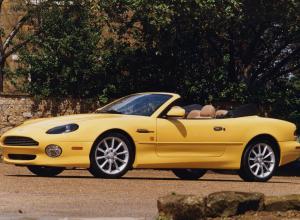 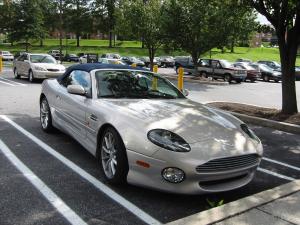 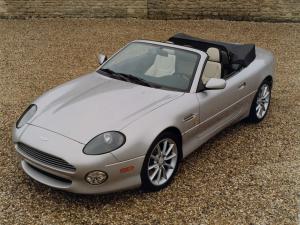 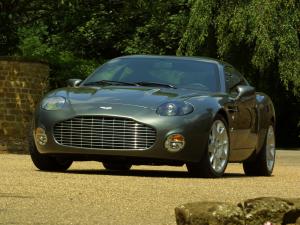 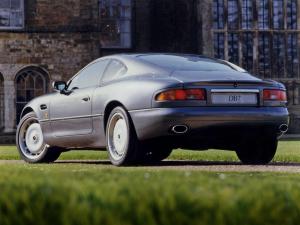