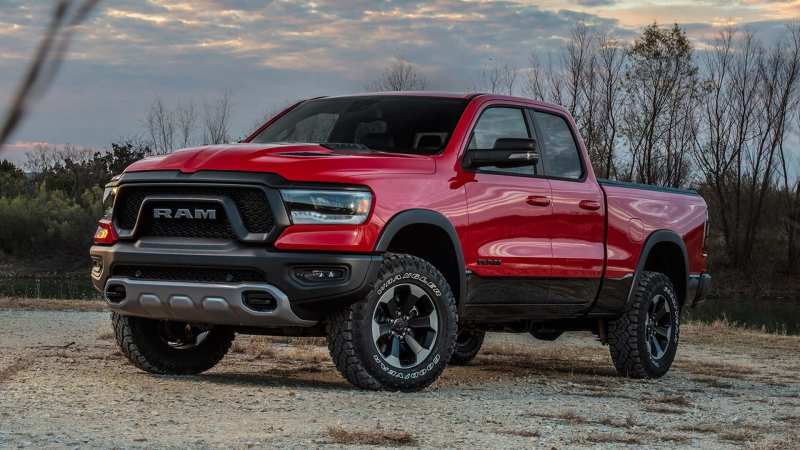 Michigan plant “Chrysler” is able to surprise both critics and the most ordinary motorists. This time the guys presented the pickup of the 2013 model year, which surpassed its predecessor not only by its renewed appearance, but also by a new “heart”. Production of Dodge Ram 1500 started in 1994.

For more than 20-year history, several pickups of different formats have been produced. Not much time has passed since the official demonstration of the updated Dodge Ram 1500 Rebel, which could not cause much excitement. The whole model range is Dodge.

Initially, what is striking is the large size radiator grille, which is divided into 4 parts with a wide plus and similar edging. It was slightly raised above the hood level, which was received by the high ribs of the embossing. On the side of the hood were installed rectangular shaped massive spotlights with LED stripe at the bottom. The front bumper stands out and looks like a powerful construction, which is crowned with a large overlay of chrome.

Immediately there is a feeling that this is a real American truck. Also fundamentally new vertical foggers have found their place. The side part of the American car Dodge Ram 1500 Rebel makes it possible to notice the changed shape of the side mirrors of the rear view, which now come with an electric drive. The window sill now runs parallel to the ground. 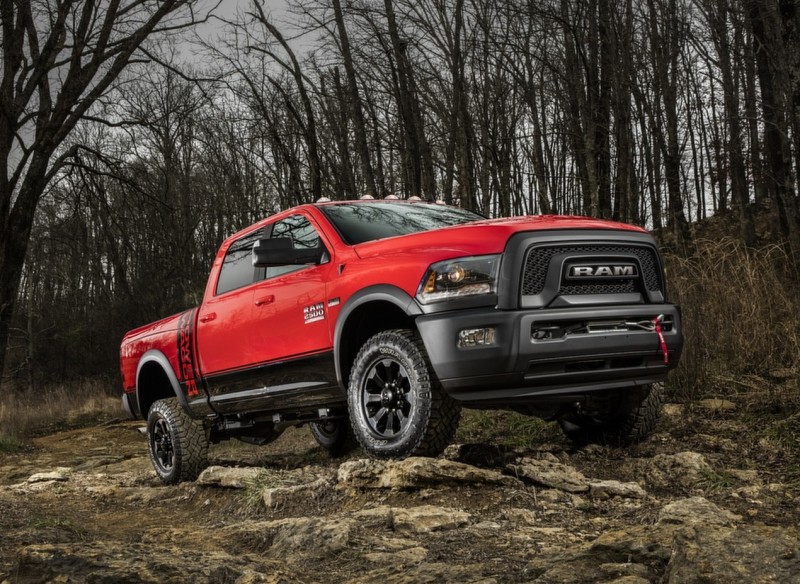 At the bottom of the large doors there is an aluminum lining, which is quite wide. Moreover, there are also wide thresholds, which are also made of aluminum, with the help of which it was possible to achieve good resistance to corrosion. The arched edges of the wheels were protected, as was the bottom of the side doors. The wheels are made of a light alloy, 17 inch diagonal.

The cargo platform, which is simply impossible not to notice, has a length of 167 or 190 cm. The shape of the rear lanterns has been changed, which are now in a vertical version and have a chrome edging. A large number of chrome can be seen on the rear bumper. The appearance of the new Dodge Ram 1500 Rebel is very different from previous models. The front and rear bumpers are cut off. Both in front and behind, you can see the massive towing eyelets.

The exhaust pipes have paired lugs. The following paints were presented for staining variants: Granite Crystal Metallic, Silver Metallic, Flam Red, Bright White and Shiny Black. If we talk in general, the design of the pickup turned out to be brutal and courageous. I`m glad that there is a camera, which makes it much easier to drive such a big car.

Of course, there are no radical changes in the interior of the car. But I am glad that the materials used for interior decoration have improved in quality and practicality. Even the same plastic, pleases with its softness and pleasant texture. The dashboard has changed a little bit. The layout of the controls has changed. The steering wheel has received a large number of buttons and setting keys, as well as a heating function, which will be very useful in winter.

The console mounted in the center looks very luxurious. On it you can find a special holder for a smartphone or tablet. The new Dodge Ram 1500 Ribel has allowed it to become wider and more majestic. Two types of information screens were installed between the speed and speed sensors of the power unit. 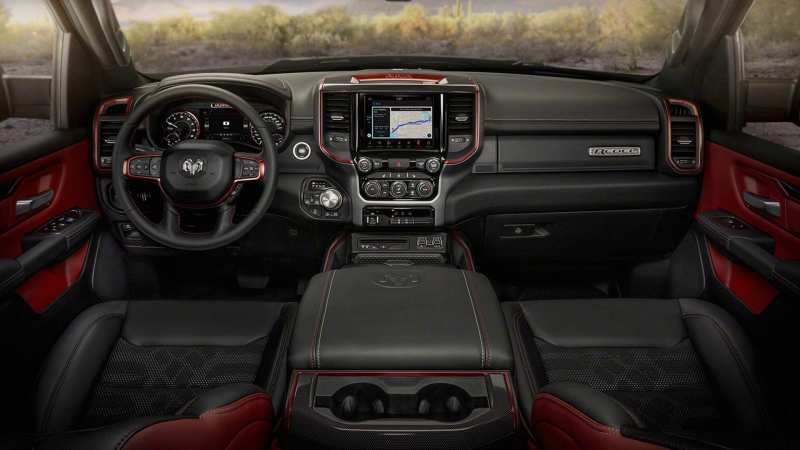 Initial 3.5 inch in SLT/ST version and 7 inch in Laramie, Laramie Longhorn and Sport version. The top of the centre console boasts an 8.4 inch multimedia system screen. Seats have been made very soundly, especially it would be desirable to allocate forward which received equipment with good lateral support and considerable number of options.

Between them there is a considerable wide armrest, which is also a department for preservation of various trifles. Engineers decided to introduce modern options in the Dodge Ram 1500 Rebel, such as the presence of six airbags, belts with pretensioners, rear parktronic with camera, ABS system, stabilization with the option to control the movement of the trailer, the functions of voice control of the navigation system, automatic switching of long-haul and short-haul lighting. 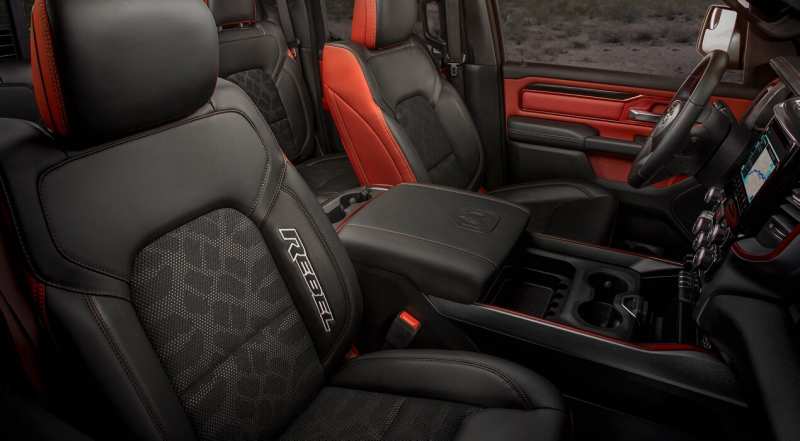 When creating the interior, the creators emphasized the dark red tones, which are very well synchronized with the dark color of the interior. The salon itself is a five-seater salon. Among the finishing materials were soft plastic, natural leather and aluminum inserts. Inside the car so freely that none of the sitting five people will feel uncomfortable.

Simultaneously with these powerful engines, the 6- and 8-speed automatic gearboxes can be operated. However, the 8-speed variant will only be available in luxury equipment. Good running characteristics of this American Dodge Ram 1500 ribel merge very well with a fairly good road potential. Thanks to the large overhangs, you can easily overcome the problem areas of the road.

Bilstein is responsible for the delivery of shock absorbers. Thanks to the unique adjustment of such elements and the new steering wheel, which has been calibrated, it has been possible to significantly increase the controllability of the machine. The stabilizer for lateral stability does its job perfectly. The 17-inch alloy wheels come with proven all-terrain tyres. 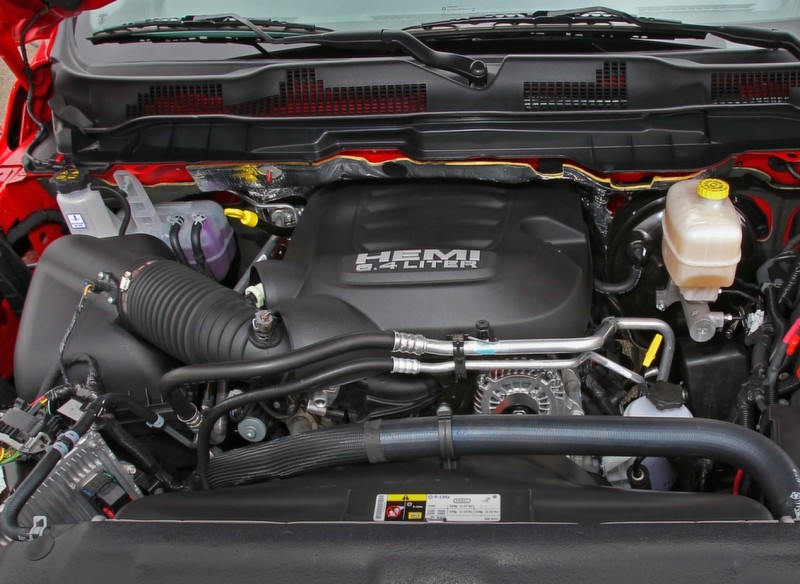 With their help, overcoming problem areas on the road is not a problem. Thanks to the original air suspension, you can change the size of the ground clearance, depending on what will be in front of you road surface. Thanks to this element, it is better to smooth out most of the roughness that appear when driving on rough terrain, which improves the quality of traffic.

Also it is necessary to mention that Dodge Ram 1500 Rebel possesses the biggest in a class road clearance which height makes 265 mm. In addition to gasoline engines, there is also a diesel 3.0-liter variant V6, which produces 240 horsepower. The above-mentioned engine variants can be fitted with a rear mounted differential. Do not forget about the unique additional system, which allows you to increase the peak torque in the minimum time. This feature is very useful when driving off-road. 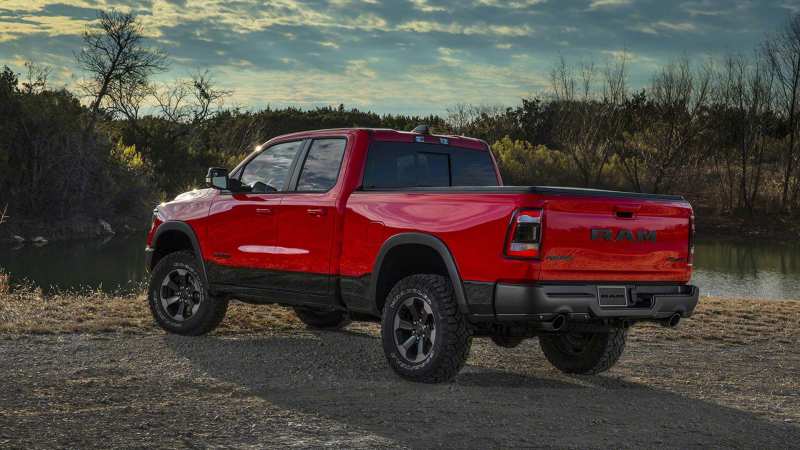 When the Dodge Ram 1500 rib is on the track, the differential release begins, allowing all wheels to move independently of each other. All this has an impact on the quality of the machine control. The body of the machine is attached to a strong frame, which has a high torsional stiffness. It is made of high-strength steel using a hydroforming system. The latter has high dimensional accuracy and a minimum number of joints. 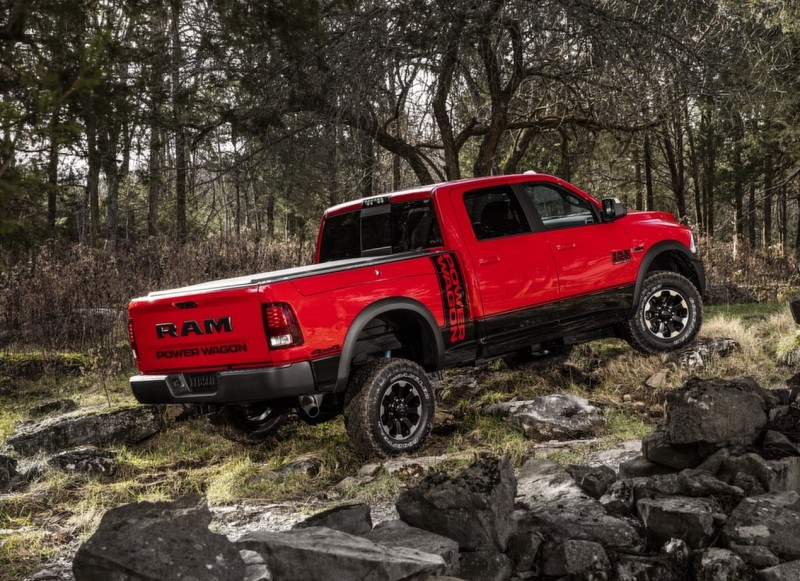 Top-of-the-range equipment will have a chic optional set. There will be a presence:

Another update for the Dodge Ram 1500 Rebel went to him only in a good way. So, he got an improved appearance, smooth lines, new headlights in front of him. His muscular image makes it clear that he has nothing to do with it, and he is not afraid to get dirty. Powerful bumpers, muscular arches of wheels, big wheels and powerful tires indicate a desire to strive to conquer new peaks.

Getting into the car Dodge Ram 1500 Ribel, you feel very comfortable, as if you are at home. Everything is intuitively clear and on the places. Pleasant steering wheel, dashboard. On the central console there is a touch screen, which indicates the desire of the American company to keep pace with modern technology.  The front seats are very comfortable and have various adjustments. 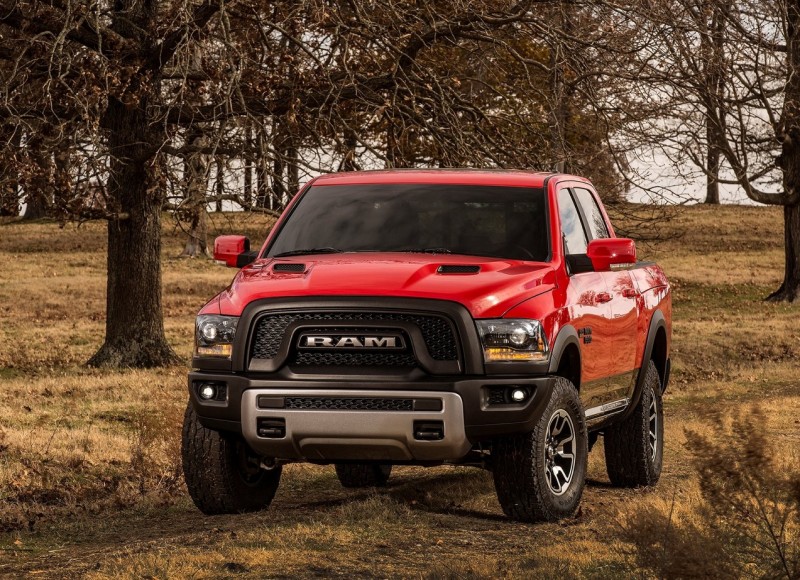 There’s plenty of free space in the car. Power units are very powerful and allow you to fully appreciate all the benefits of the all-wheel drive system. But they also eat a lot. The air suspension behaves perfectly, and thanks to the high ground clearance, the car can pass where other off-road vehicles can sit.

But the price is very expensive, although for America it is possible and quite acceptable. In any case, I would like to hope for further car updates by Dodge, because they are on the right track.

We advise you to read the article: Dodge History 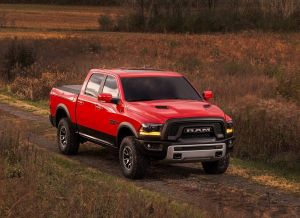 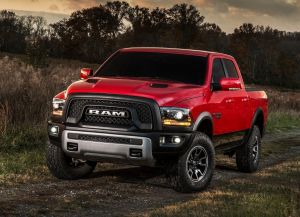 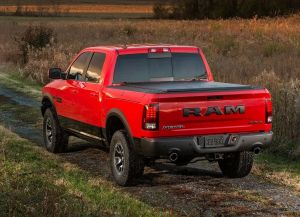 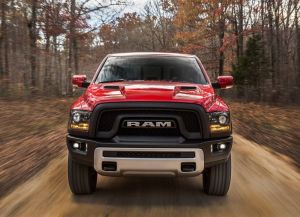 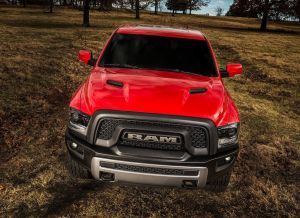 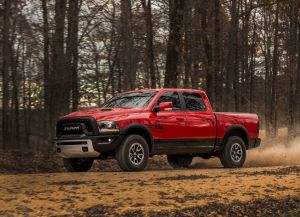 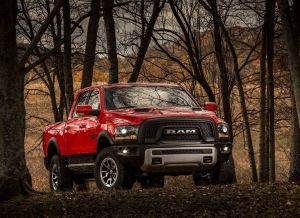 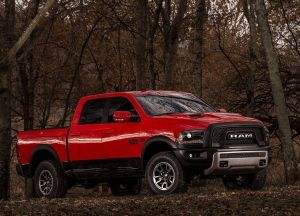 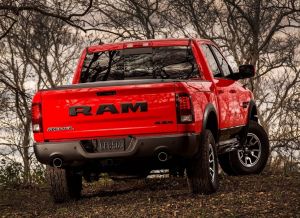