“The most unusual bus ever made” decided to give Syria 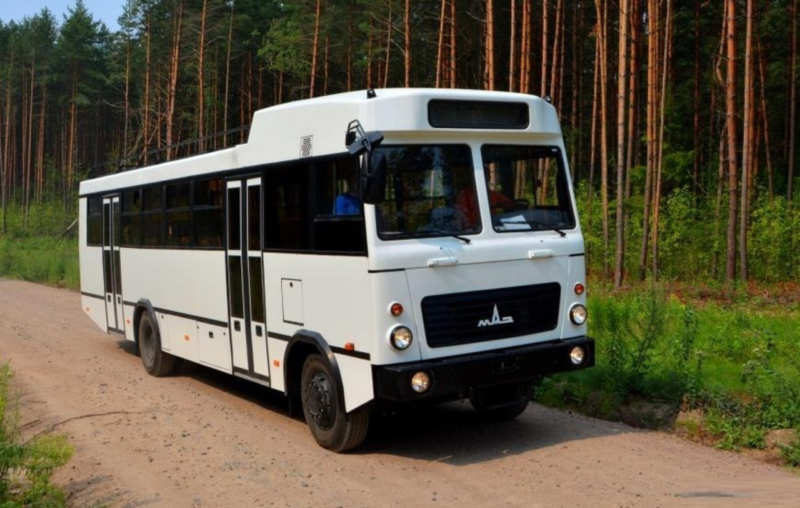 At that time, the company called the new vehicle “the most unusual bus of all time. But the model of Minsk Automobile Plant with the index 131.020 was produced in the way the off-road vehicle was wanted by the client from Africa. The passenger vehicle was built on a longer platform of the MAZ-5336 truck model. 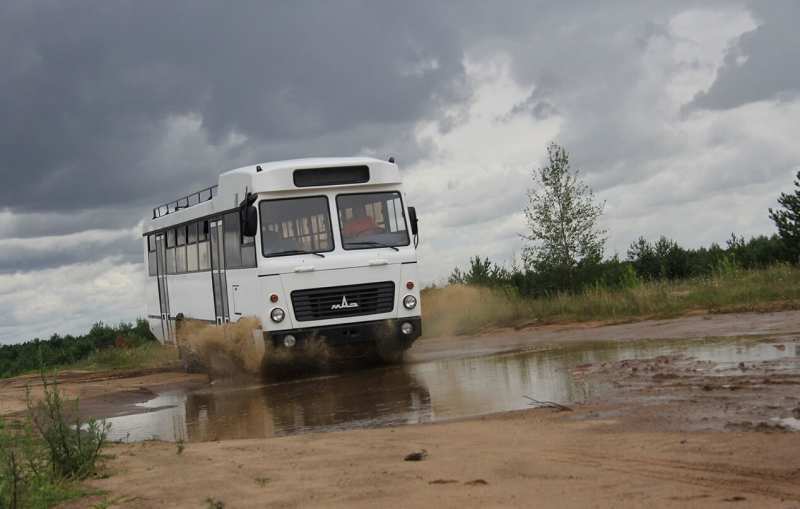 Considering the length of the vehicle, which is 11.5 m, the rear overhang occupies 4.2 m. This unusual vehicle is forced to move by the 250 hp YaMZ-236 power plant. As a link between the “engine” and the wheels is a transmission made in China – Fast Gear. To facilitate and simplify the maintainability of the model, a simple body was used.

You can also see the roof rack, which stretches almost to the driver’s seat. It has been approached by a ladder so that additional passengers can be accommodated there. The declared payload is as much as 3 tons. As for the driver’s seat, it is quite simple enough. 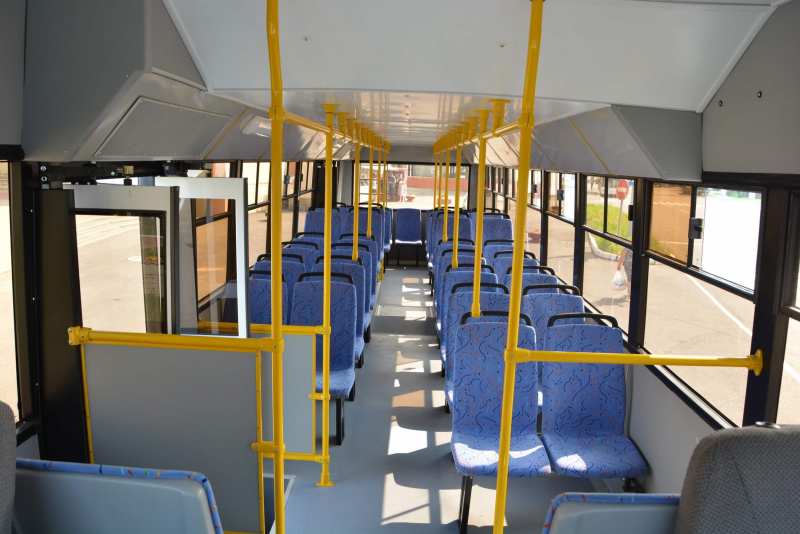 Components from buses of Minsk Automobile Plant 1 of the family are used. The most primitive salon has 44 seats, and the total number of passengers -73. It is a pity, but the project has been abandoned over time, in the hope that it will be revived this summer. According to the press service of MAZ, the company has studied the needs of the African continent and decided to set a goal for the design office – to start developing a new bus.

The company management expects that the model will be in demand in the African market. In the last days of August it was announced that the new family of suburban buses for Africans will be designed taking into account the specifics of Africa, so the future car will be able to move without problems on various roads, which can include the ground cover. 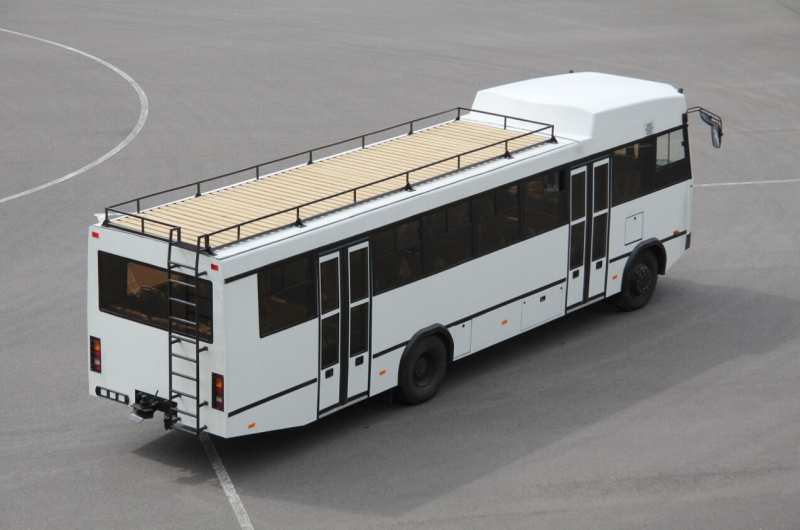 Minsk vehicle will have a high ground clearance, unpretentious power plant and a fairly simple interior. In addition, in order to increase the level of comfort it was decided to install a powerful air conditioner, as in Africa there are very hot weather.

But if we speak for the debut family of the above-mentioned MAZ-131.020, it turned out to be unclaimed. The car remained in the area of the plant and was sometimes demonstrated at the expositions organized for the guests of Minsk Automobile Plant. The only model was put up for sale. 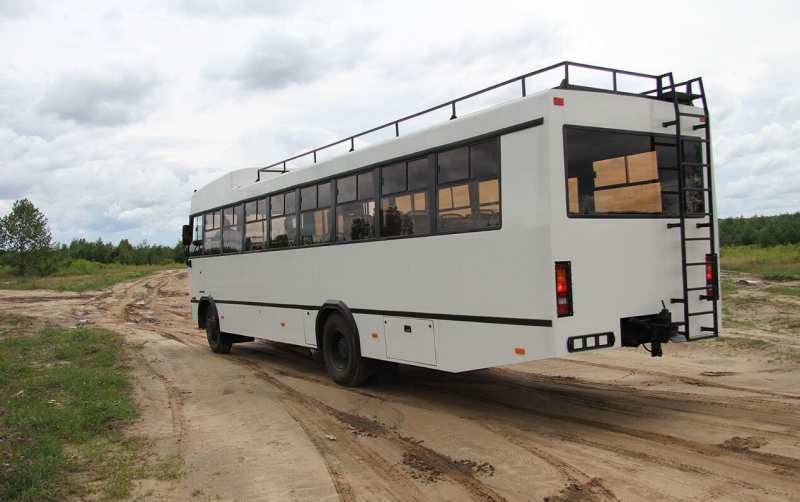 A unique car is estimated at 29,000 dollars (61.7 thousand Belarusian rubles or 1,930 thousand Russian rubles). The Minsk model has driven only 30 kilometers, so speaking of the technical condition of the vehicle – it is more than good.

According to ABW, the only copy will be delivered to the Syrian Arab Republic as humanitarian aid. This order has already been signed by the Council of Ministers of the Republic of Belarus. The Ministry of Finance will cover the price of the bus through the Ministry of Industry. 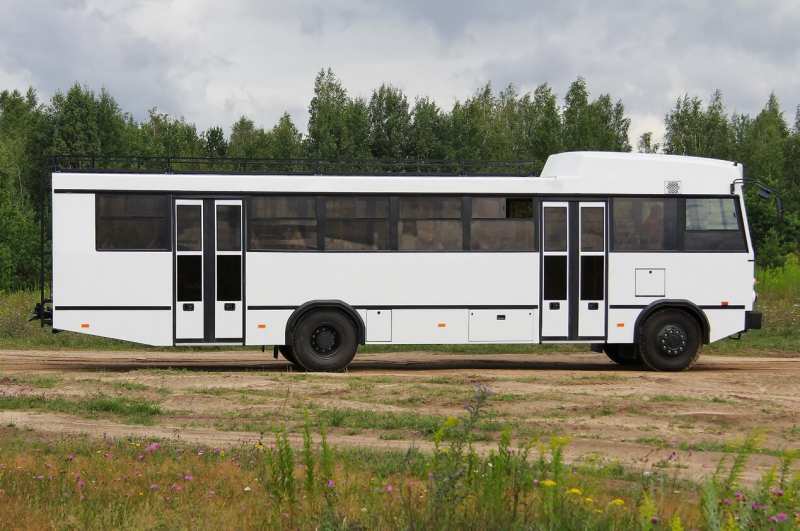 Interestingly, the reimbursement affects transportation, travel and other expenses. Coverage is possible thanks to the funds allocated by the Belarusian leadership for “liquidation of natural disasters, accidents and catastrophes”.