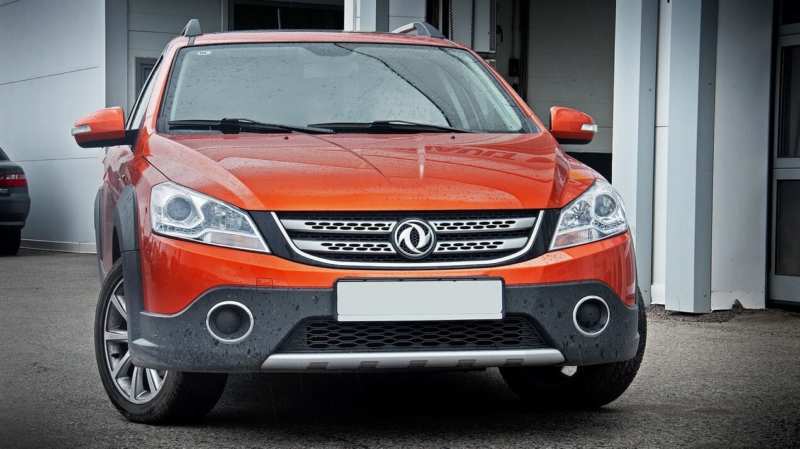 The little-known Chinese manufacturer DongFeng Motor Corporation is represented in the Russian market by a few models. One of them, Dongfeng H30 Cross, was presented not so long ago. The car is a little stylized as a crossover, although it can be called such with great tension. This article is a great reason to take a closer look at the “Chinese”, to see in it at least a hint of success in terms of winning Russian hearts. The whole model range is DongFeng.

The DongFeng pseudo crossover is very similar to the S30 sedan, but has a plastic dodger and a slightly increased clearance. The false radiator grille has been redesigned, other steel and bumpers, and the aft part of the body. On the roof of the Dong Feng Cross there were rails, and there was a spoiler. Still, this car is far from a full-fledged crossover. Dongfeng H30 cross is protected by plastic protection around the perimeter, which also protects the front and rear bumper.

Dongfeng H30 cross photos show that despite all the nuances, the car turned out quite nice. According to the reviews, the back part of the car gives the greatest appeal, it has a fifth boot lid with a small glass and a powerful spoiler. Elegant design is perfectly complemented by a radiator grille, which in combination with a bumper gives the car a unique style and dynamics. The dimensions of the car are as follows: 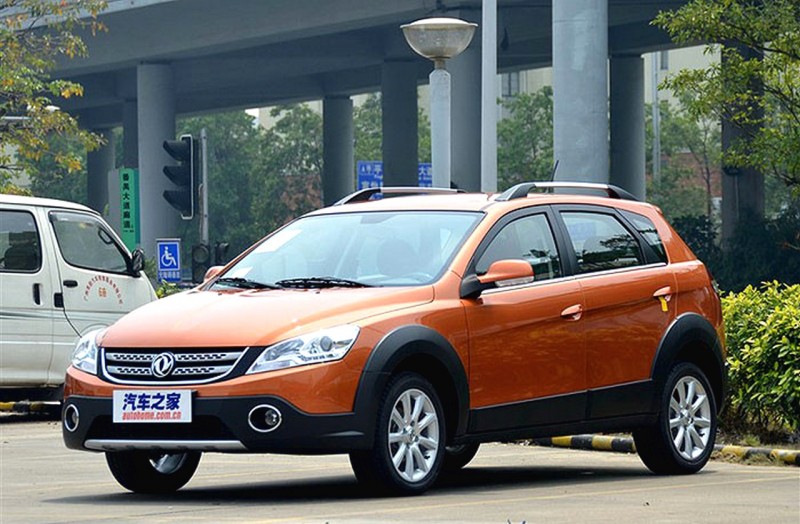 The first thing that the driver will turn to during the test drive DongFeng H30 Cross is a five-seater configuration of the car and almost completely licked off the Chinese S30 saloon. Unfortunately, in the finishing of the novelties were used specific in appearance and smell of plastic with a fabric. But the front panel turned out to be pretty enough. It has excellent ergonomics and free space, which is enough for passengers of almost any height and weight. Perhaps, the main difference from the sedan is a smaller capacity of the luggage compartment.

When the seats are folded, you can throw 1137 liters of cargo into it, and in normal condition – 417 liters. In general, the interior of the car is classic and does not cause alienation. The seats are covered with high-quality fabric, which is rumored to be tested by the manufacturer in fairly harsh conditions. The instrument panel is informative and provides all the necessary information about the technical condition of the car while driving. The car is equipped with an independent multimedia center with touch screen control, it is worth noting that Russification is on a qualitative level. 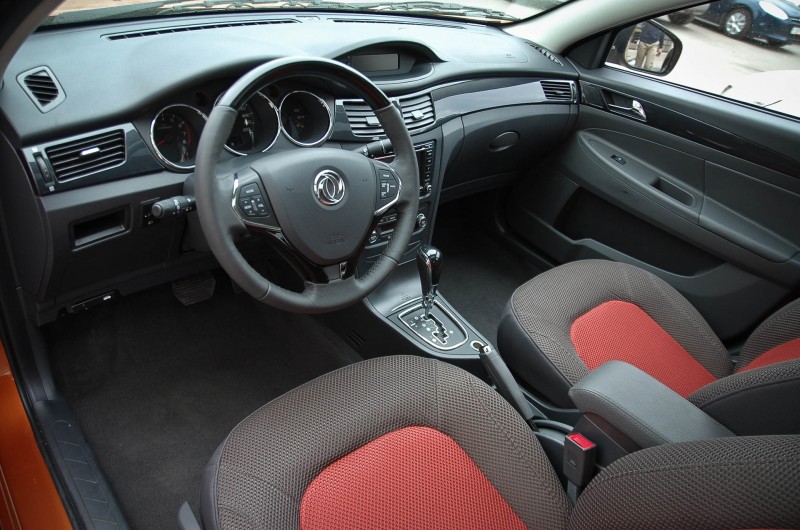 The Cyrillic alphabet is displayed correctly. However, the Chinese car’s audio system leaves much to be desired. DongFeng H30 cross seats are manually adjustable in six different directions. A distinctive feature of this manufacturer from the sky is that he has equipped the left hand of the driver with a special case for glasses.

Depending on the equipment, the car will be equipped with different functions. Realizing that the car will be mainly entered only in the European market DongFeng added an ashtray and cigarette lighter, which can not but please smoking car enthusiasts. For maximum convenience and comfort of the driver in the top equipment there is a rear view camera. 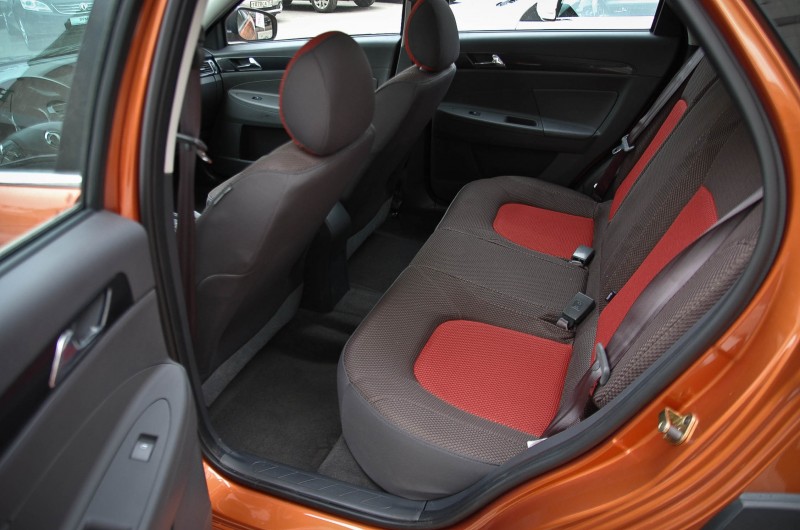 In general, the salon is cozy and spacious. You can be sure that even five not the most slender people will fit in it with comfort. The space available to the front backrest from the backseat for a person about 185 cm tall is more than five centimetres. Modern interior, Russian localization, high-quality assembly and neat buttons – this is not the whole list of things that DongFeng H30 Cross is equipped with.

By the way, the onboard computer is very informative, where you can get information about the time, date, fuel consumption, power reserve and many other important indicators of the vehicle condition. From the minus side of the cabin you can highlight the following:

However, in general, the salon is worthy and unlike the usual Chinese cars. In the top bundling the driver will be able to estimate own multimedia system with support of all popular formats of music and reading from USB, CD. In the comfort of the version in the cabin is the same system, but with a smaller screen.

Regardless of the market, the DongFeng H30 Cross is equipped with only one engine with very limited capabilities. It is a four-cylinder 16-valve 1.6-liter engine with distributed fuel injection function. 117 hp. – That’s all you can expect from the engine pseudo crossover Dong Feng. I am glad that fuel consumption in the mixed cycle does not exceed 7 liters. Technical characteristics of DongFeng H30 Cross are quite in line with modern trends in the automotive industry.

Special attention should be paid to the steering wheel control system, it is equipped with an electric booster. Such a solution is installed on the leading premium cars. ESP allows you to save fuel while driving and reduces harmful emissions in the environment compared to the classic power steering. At the same time, the steering is better controlled while driving and responds to any movement. This ensures stability and comfort while driving. 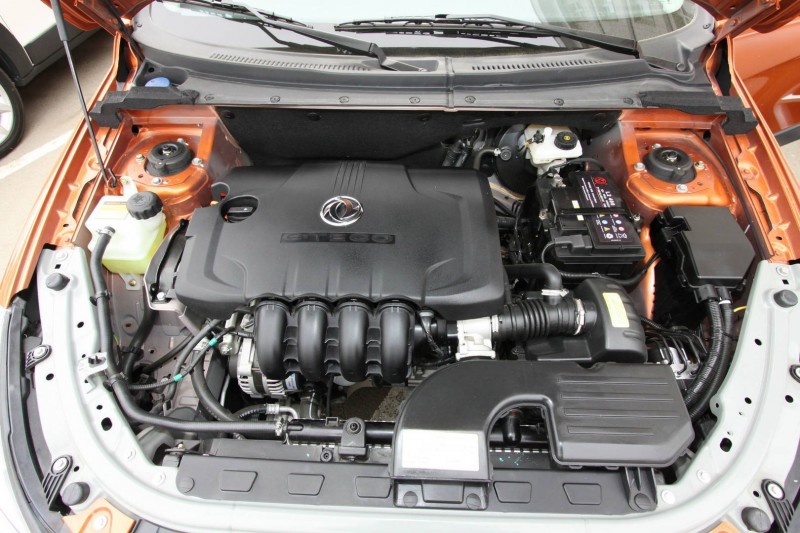 The DongFeng H30 Cross uses an automatic gearbox from the renowned Japanese manufacturer Aisin, it supports manual gear selection, is reliable and easy to use. It also reduces fuel consumption compared to its analogues. The A16 engine used is complemented by VVT technology – it allows you to adjust the timing of gas distribution. The motor meets all European standards and is powerful and reliable enough with a large power reserve. The low emission of harmful exhaust gases meets the safety requirements.

Due to the combination of the box from Aisin, such as on Peugeot 308 2014 and Luxgen7 suv, and this engine manages to achieve a great car run and fully unlock the potential of DongFeng. Over the past few years, DongFeng has conducted numerous studies on engine reliability and efficiency. He fully met his expectations. For the Russian Federation, the company has specially adapted the suspension and engine to achieve maximum efficiency.

DongFeng H30 cross is pleased to offer a combination of style and technology. The car supports ABS + EBD, is equipped with a full electric package, four airbags and a full multimedia system. The suspension of the front of the car is independent with stabilizers of transverse stability, and the rear with longitudinal levers. The suspension can also be operated independently, it does not differ from the popular models of European sedans. Maximum speed, which can be developed on H30 cross about 183 kilometers per hour.

The safety of the DongFeng H30 Cross is at a decent level, as evidenced by the many features that the car is equipped with:

Buying DongFeng H30 Cross, the user can count on a central lock for car safety, fog lights for control in all weather, alloy wheels, advanced electric package, parktronic, airbags and multimedia complex with 6.5-inch display. The cost of Chinese hatchback starts with $9078. 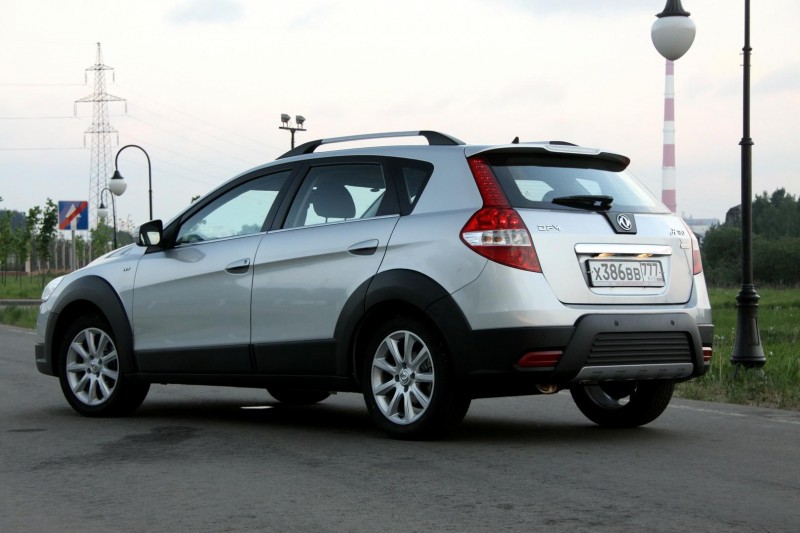 In general, it is worth saying that the DongFeng H30 Cross is best suited for a comfortable ride around the city or on the highway. In conditions of impassability it is not strong. The unadapted suspension for Russian roads makes you constantly feel uncomfortable when driving by lying policemen or when the car got into a hole on the road. It is possible that DongFeng will be able to gain a foothold in the Russian market, but first of all the company needs to eliminate the defects described in the article, as competitors offer much better functionality for the same money.

After a short test drive of the DongFeng Cross H30, it becomes clear that the Chinese car is perfect for fast driving on good roads. But to get through traffic jams or, even worse, to climb gentle slopes is better on something more serious. For daily travel typewriter slightly lacks comfort. According to Dong Feng Cross owners, the car has problems with suspension and service electronics. Most likely, the Chinese also know about them, but do not hurry to fix the situation yet. 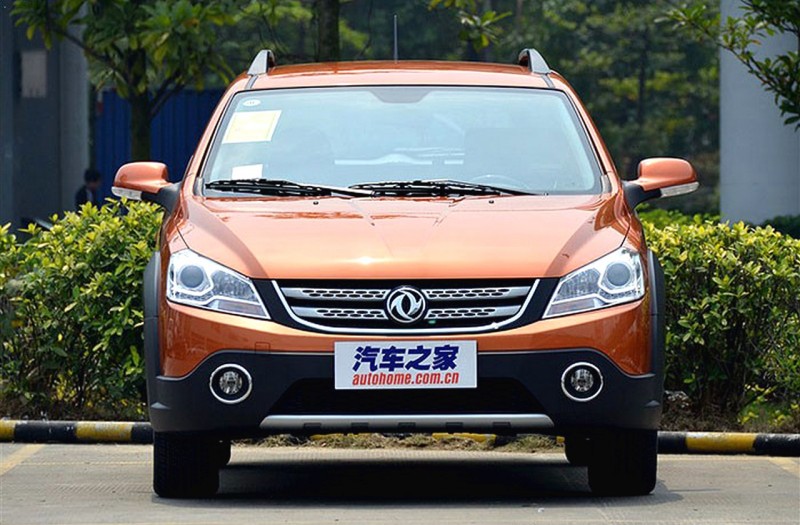 We advise you to read the article: History of Dongfeng Motor Corporation 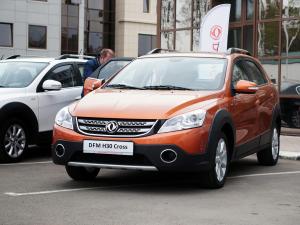 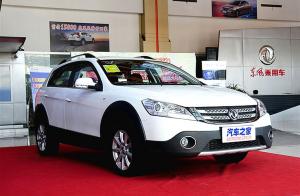 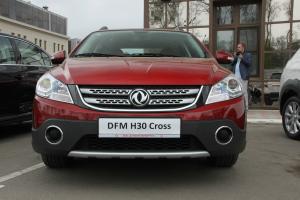 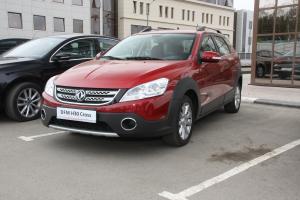 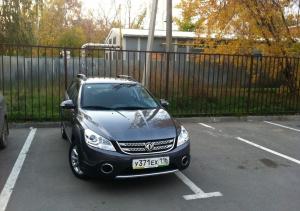 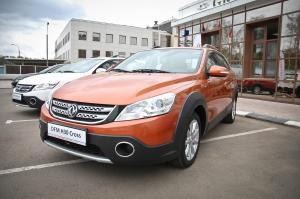 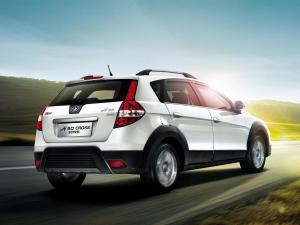 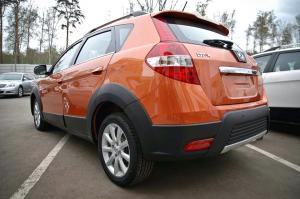 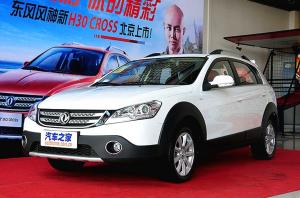