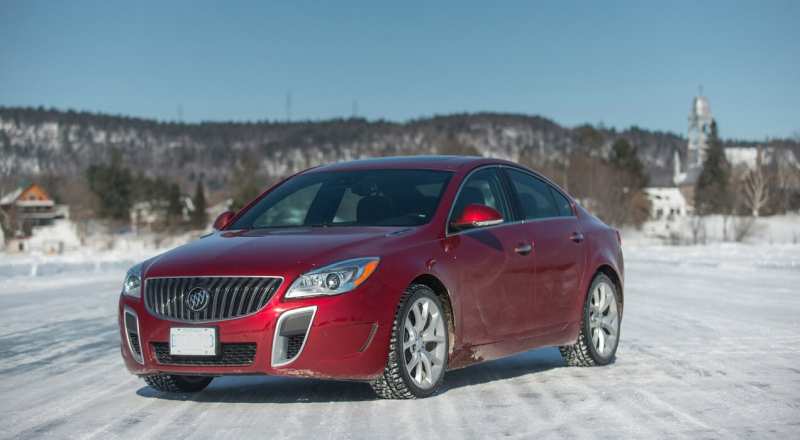 From the first day of production of Regal Buick sedan from the American concern Buick was in great demand among customers. In 2014, Buick decided to refresh this model. For a long time, its appearance and characteristics were kept secret, so as not to disturb competitors. When the audience learned about Buick Regal 2014 technical characteristics and saw this miracle of the American car industry with their own eyes, it became clear: the car turned out to be worth it. The whole model range is Buick.

We will not claim that Buick 2014 has undergone significant changes. Inside the car is really cardinally reworked, which is not to say about the outer part. Most of all, the car’s front and rear lights have changed – they have acquired a new shape and style, got LED backlighting. 2014 Buick Regal stands out with its wide silhouette and aggressive appearance. The spoiler integrated in the boot lid looks great. Vertical air intakes also add a special charm to the American. 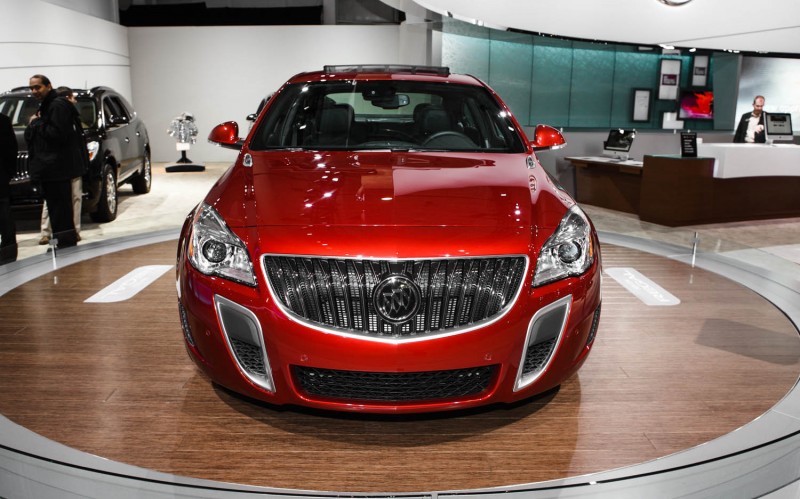 Everything that accompanied the previous Buick models, the driver can find in this car. First of all, it is the superb quality materials of finishing combined with well thought-out details of the interior. The 8-inch display can be easily adjusted to suit the driver and is very convenient for the driver.

And also instantly pay attention to the sporty style of the Buick Regal 2014 salon. In particular, it is a chic steering wheel, as if taken off some Ferrari, metal pedals, leather seats also in a sporty style with a characteristic stitching at the seams. By the way, the climate control has its own touch screen. 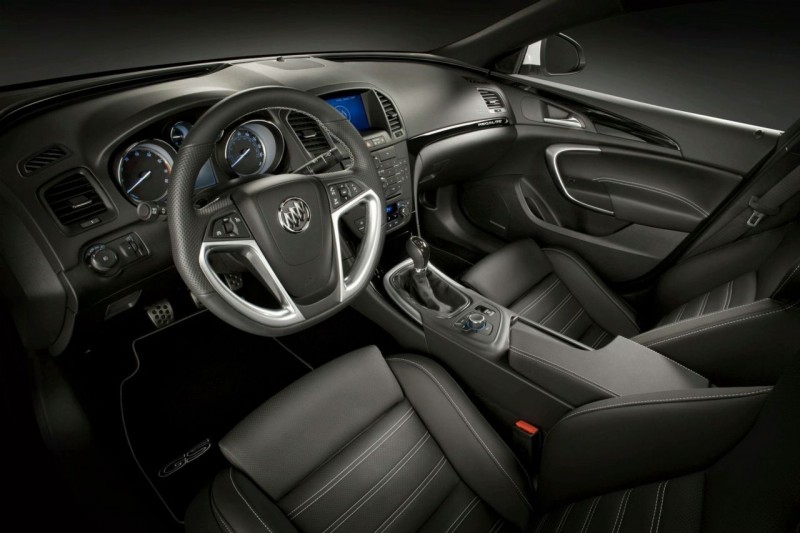 The heart of the upgraded Regal is the two-liter four-cylinder turbocharged engine, which is much more efficient than the previous version. The engine is equipped with an oil pump, balancing shafts and an oil sump, crankshaft, and a well-managed fuel ramp. All upgrades have been beneficial to him: at the output we have 259 horsepower. All-wheel drive models are accelerated up to 100 km/h in 6.8 seconds. Thanks to the reconfigured calibration and sensitivity of the steering wheel, it behaves very well on the road, inspiring confidence. 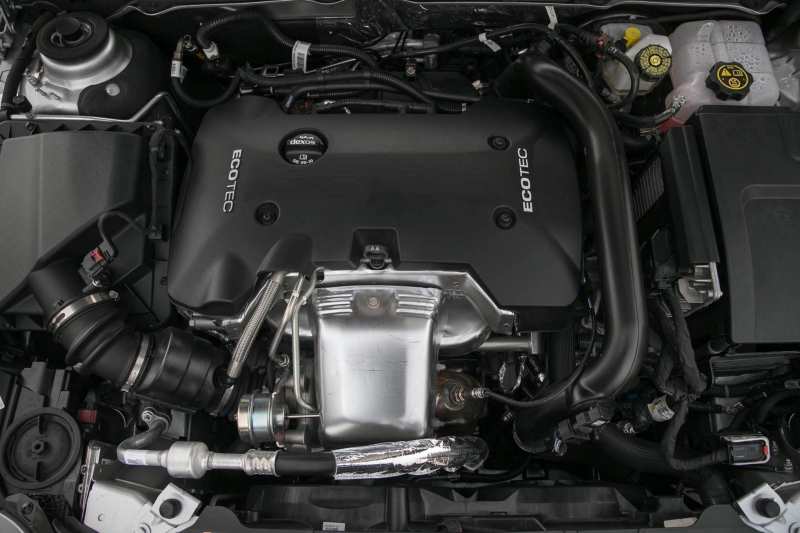 A special AWD system controls all four wheels, increasing the grip of those wheels that need it most. The installed interactive control system allows you to change the rigidity of the suspension from standard ride to sport or GS driving mode. Another interesting feature of Buick is the eAssist technology, which saves fuel. According to the manufacturer, it can save you up to 15% of gasoline.

The user can choose between three engine variants: two-liter and four-cylinder engines with a capacity of 259 and 270 horses, and 2.4-liter engines with an output of 182 hp, but with an additional electric motor (also known as eAssist). The base price of the car is 39 270 dollars. In the U.S. for $40,195 you can buy a GS front-drive with a rear-view video camera, navigator, premium audio system, LED headlights, Brembo brakes and 19-inch disks. 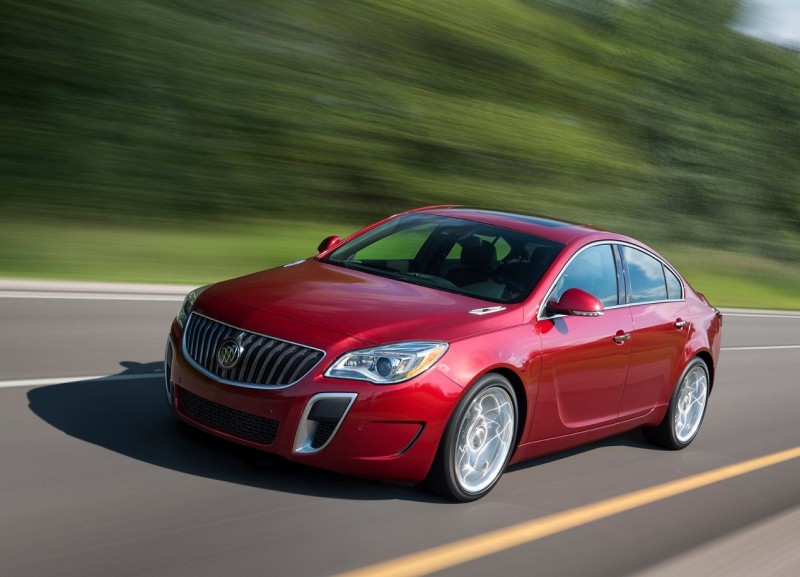 Have you seen Castle? The main character is there riding in such a car. Of course, it’s not James Bond’s Aston Martin, but Buick Regal 2014 definitely deserves attention. The car has plenty of strengths, starting from its appearance and finishing with technical stuffing. It is in a way similar to the German Opel Insignia, though “German” is a little bit more accessible. 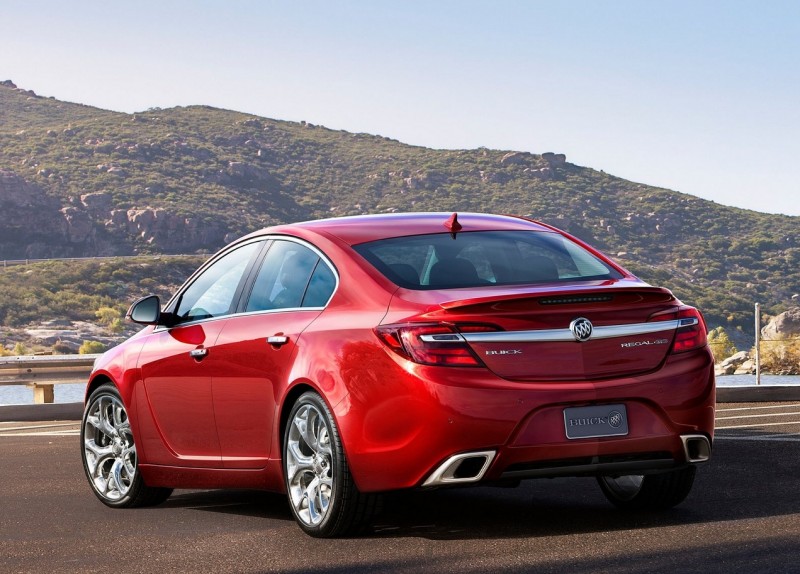 We advise you to read the article: Buick Encore’s history 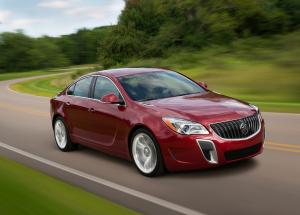 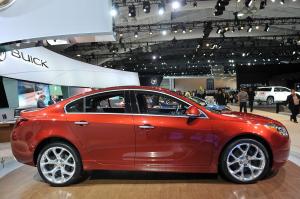 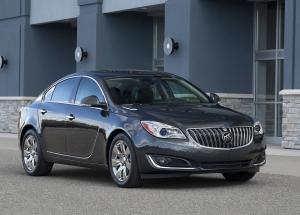 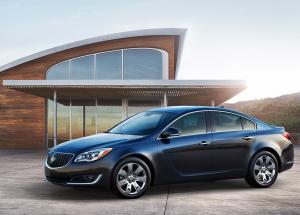 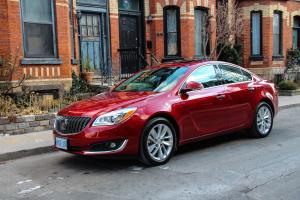 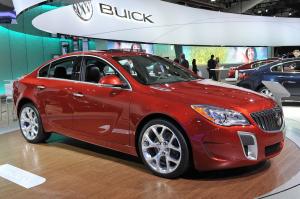 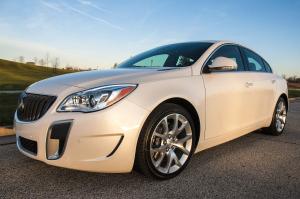 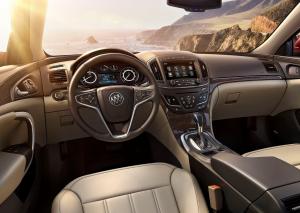 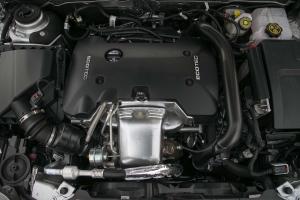