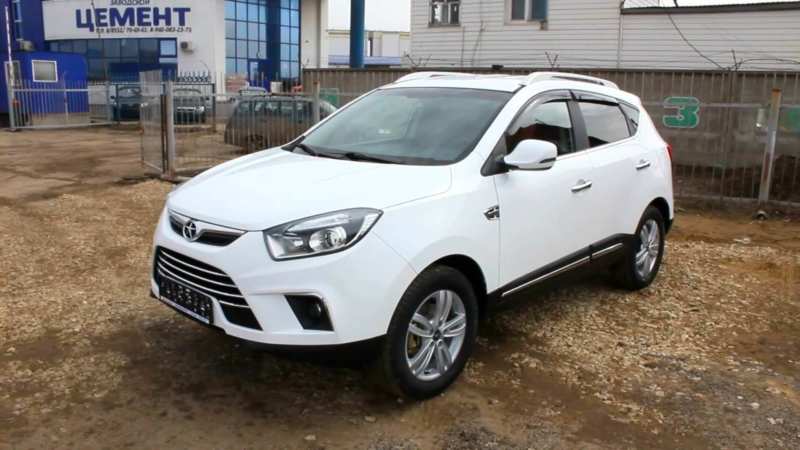 We continue to get acquainted with Chinese cars, and next in line is a front-drive crossover JAC S5 class K1, which was shown in 2012 in one of the car showrooms in Guangzhou. The first “swallows” of Chinese manufacturer JAC were made in tandem with South Korean giant Hyundai. Later this cooperation was suspended. However, masters from the Celestial Empire are still ripping off all successful solutions from their neighbor. The whole model range is JAC.

The appearance of the car looks very aggressive. Because of the high bumper and a large radiator grille, the car looks like a rather bullish and intriguing car. This crossover looks a bit like a predatory animal. The given car possesses streamlined forms that speaks about rather good aerodynamic indicators of a crossover. A lot of work has been done on the exterior of JAC S5, and the new car looks even more beautiful than its predecessor. Initially, it can be referred to as optical headlights, which have become a little more and look more expressive, and fog lamps do not seem a strange addition.

Optics makes the road well lit, but at the same time does not blind the oncoming cars. They are located in small wells, which are inserted and air ducts designed to cool the brake discs. This also applies to the central air intake, which is located almost throughout the front of the machine. Intricate lines on the front fairing are continued in the punches on the hood and hardly noticeable view of the ribs located on the side of the body surface. 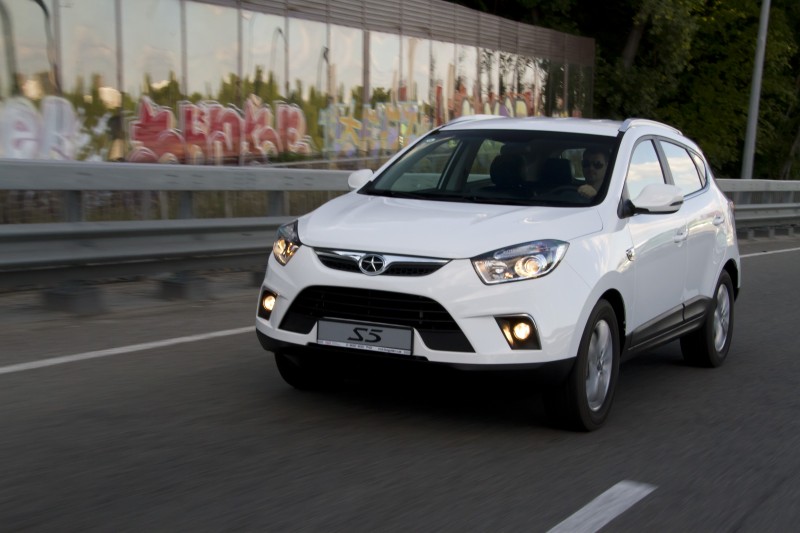 The front part of the JAC contains elements of an off-road car, which looks quite brutal and sophisticated jeep, which, of course, can stand out in the traffic flow. Also, many people will like the fact that the passengers who sit on the second row will not feel uncomfortable, as the roof is no longer in the past shape, and it is not overwhelmed with much space, which will provide enough space, especially for the head. Also it is necessary to allocate disks in diameter of 17 inches which look very stylishly and which “are put on” in tyres of low-profile rubber, width of which – 2 100 mm. However, the spare wheel is simple to install – additional rolling on a steel disc. 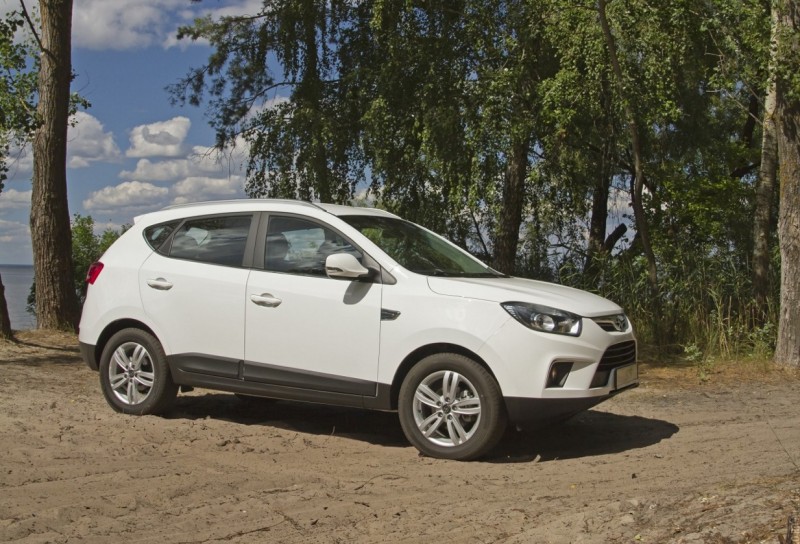 If you evaluate the stern, there will be contradictory moments here. The stern, by the way, is very similar to the German car Audi Q5. It is necessary to look at the interesting shape of bulbs, flat line and below their punctuation. However, the rear bumper itself, which also has horizontal reflectors, is made almost the same way as the German brand.

Approximately in this way, the efforts of designers, who are recognized around the world, got the look of a modern car, which was called JAC S5. On the side, the Chinese quite well looks like Hyundai ix35, but looks much easier than the Korean crossover. The bottom of the body, from the edge of the front bumper, threshold, door fillet and to the rear bumper, covers the plastic protection, which is quite wide.

In general, if you look at the photos, everything is done in a quality style. Paying attention to the torpedo, you get the feeling that it “hangs” in the air. The steering wheel was installed quite ordinary and not remarkable, but the dashboard looks very stylish and has two deep wells, which are illuminated by a pleasant blue color for eyes. They fit the speedometer sensors and engine speed sensors. All this was complemented by the color screen of the board computer.

It should not be forgotten that the development of the JAC S5 cabin was carried out by Italian specialists, who, as you know, are able to do it all. Among the used materials of finishing can be distinguished leather, leather substitute, fabric finishing, the presence of aluminum and polished plastic. It is necessary to tell at once that unpleasant smell which everyone avoids, is completely absent and to touch it is quite pleasant. 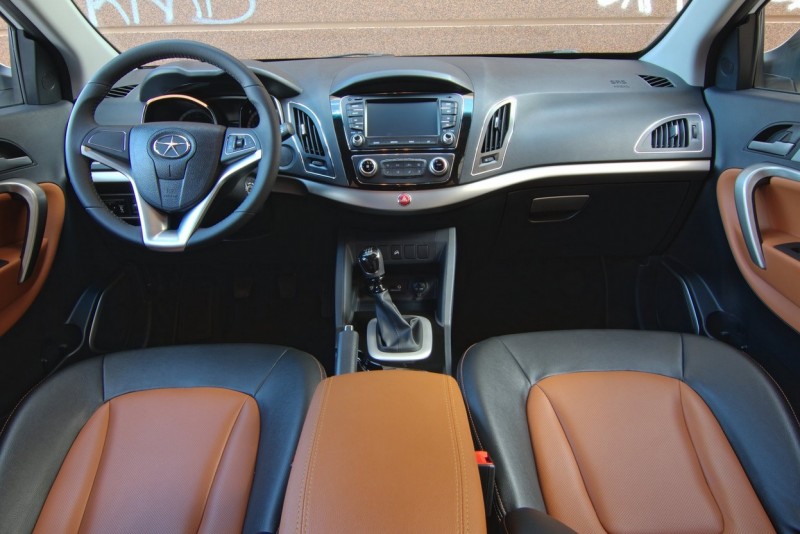 The audio system setting buttons are conveniently positioned, for example, to adjust the volume to the clip. Moreover, in order to start the power unit, there is no need to constantly search for the ignition lock, as the engine is started by pressing a button. Let’s move on to the chairs of the 1st and 2nd rows, it is worth noting that they are quite comfortable to sit on, in general, they are made according to a standard scheme for cars, production of China – flat shape and lack of side support. The driver’s seat has an electric drive settings.

Although the free space is not a car, but for a comfortable ride, it is quite enough. Also included in the standard equipment is a steering wheel with leather rim braid, the ability to adjust the steering wheel in height and depth, electric lumbar support of seats installed in front, the presence of air conditioning, improved audio system that supports CD, MP3, USB, AUX, iPod, Bluetooth, electric windows of all doors and 6 AirBag. 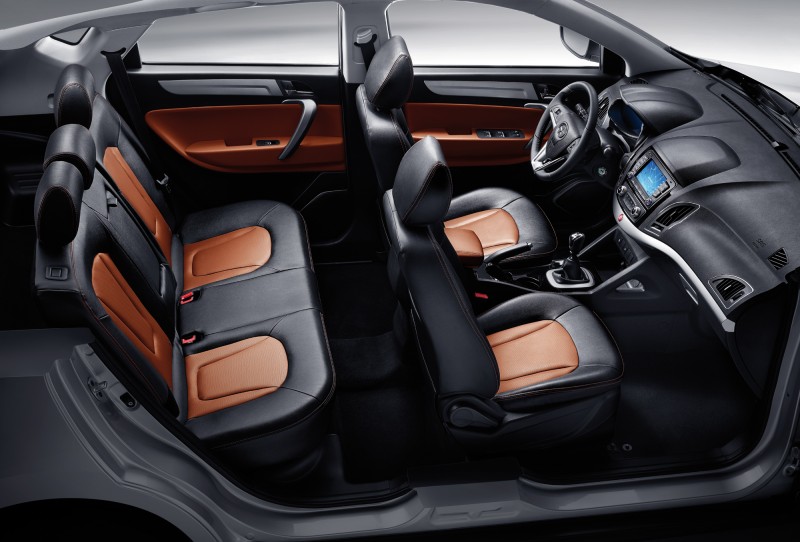 The display in the middle of the screen has a touch-screen function, which seems to be indispensable today. When you buy a Jack in the maximum modification, there will be an electric drive of the back smoothing device, the steering wheel will be installed control keys. In addition, a lot of airbags will be introduced.

The luggage compartment has about 500 liters of free space, but this is not all, if necessary, you can increase the free space if you fold individual rear seat backs, getting the order of 1,680 liters. Interestingly, this is how a flat loading bay will be produced, but with a considerable loading height. If to speak in general, the interior of the car has nothing superfluous, however, and nothing missing.

The standard engine for the JAC S5 is a two-liter gasoline four-cylinder engine with a capacity of 2.0 liters of DOHC, producing 136 horsepower. It helps the vehicle to reach a speed limit of 180 km/h. Manufacturers declare fuel consumption at 7.1 litres only at 90 km/h. The first hundred of the car is covered in 8.7 seconds. The second one comes with a turbine with the same 2-liter volume, which is able to accelerate the power up to 176 horsepower.

It will reach a limit of 190 km/h and fuel consumption will be 7.7 litres. They are synchronized with a single 5-speed manual gearbox. All versions of JAC S5 vehicles will have ABS and EBD. Hydraulic power steering has also been installed, so there will be no need to spend a lot of effort turning the steering wheel. An optional electric power steering can be ordered. 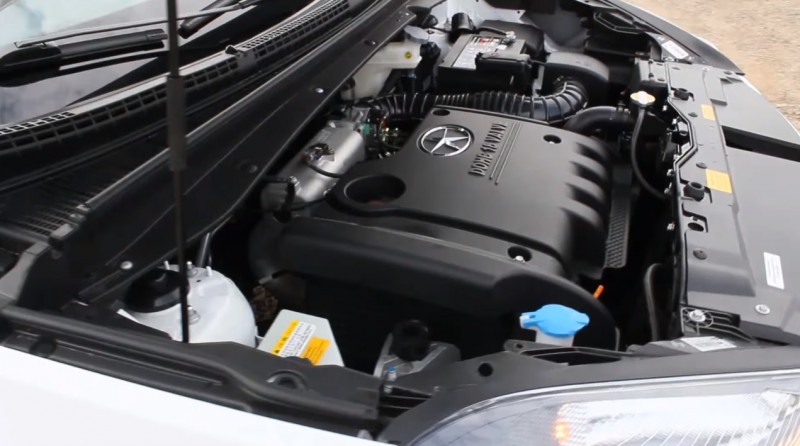 This crossover is offered in the Russian Federation only in one modification – “Luxury”. The model with a two-liter engine of the atmospheric type, has been equipped with: 2-nd airbags, ABS and a system of distribution of braking forces, support for climate control, navigation and audio systems, sensors of pressure in the wheels. They ask from $12579,45 for it. For a more powerful version with the same engine, but already turbocharged, asked from $13681,53. Its equipment, among other things, included a system of assistance to the driver during ascents and descents, ESP and interior decoration leather. 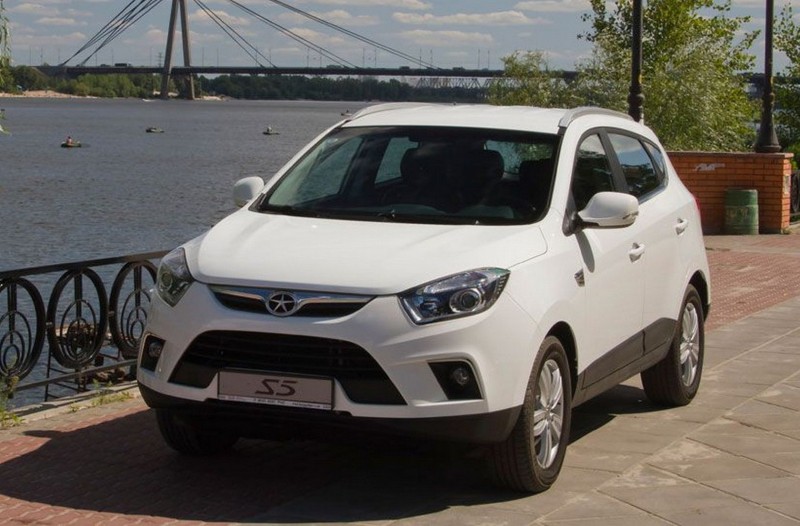 It is noteworthy that even in the standard equipment will be installed two screens, the 1st one is graphic and color, and the 2nd one is digital. One of the displays will be used to track your route. Top-of-the-range equipment will boast a quality sound system, a memory function for the seats, and driver’s and passenger’s seats with lumbar support, which is very convenient for those who spend a lot of time on the road. There will also be six AirBags present. The car has a hatch on the roof.

In the end, I would like to say that we should not expect such a Chinese model to do anything beyond what is possible. After all, there is an average power unit, the only (which is good) manual gearbox, only the front drive. However, despite all this, the car has a pretty good exterior, interesting and original interior with two screens, one of which supports touch screen input.

The car has enough free space, which can be said about the luggage compartment, so you can safely go for walks with your family. A good ground clearance, will give you the opportunity to feel confident and give you an advantage over the competitors. It is also worth noting the acceptable pricing policy of the company, which can afford a citizen of the Russian Federation. 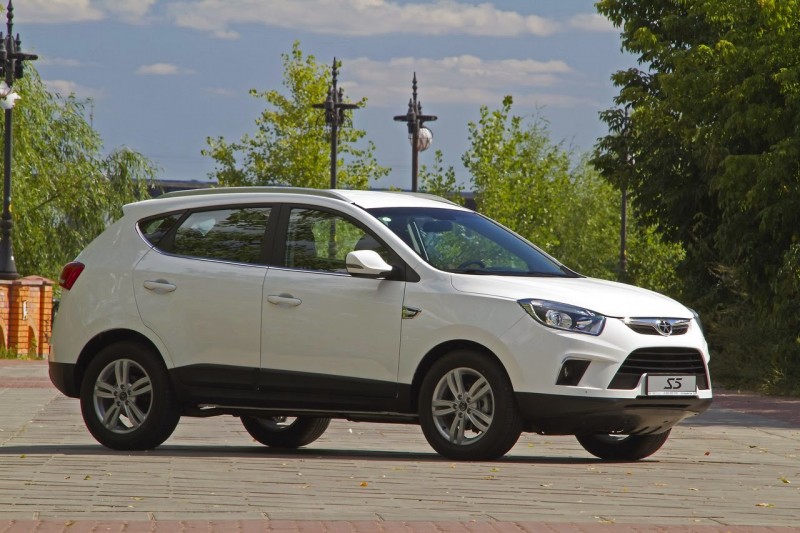 We advise you to read the article: History of JAC Motors 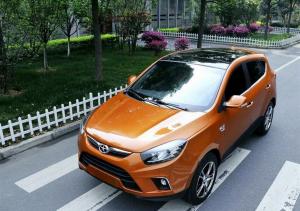 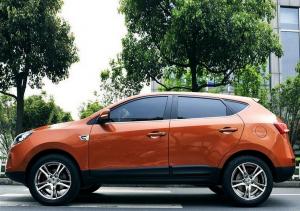 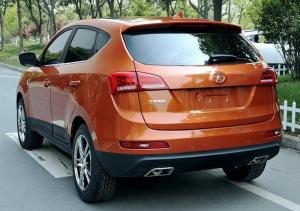 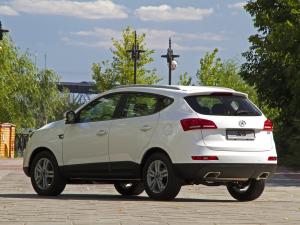 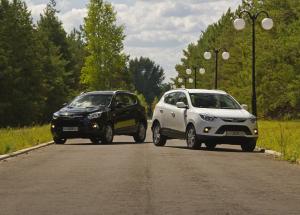 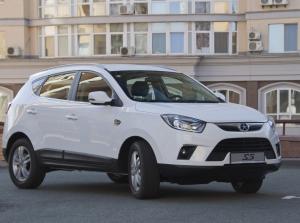 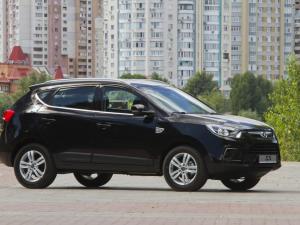 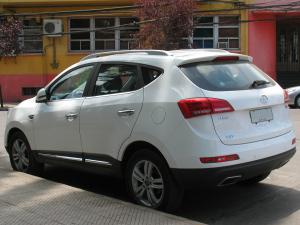 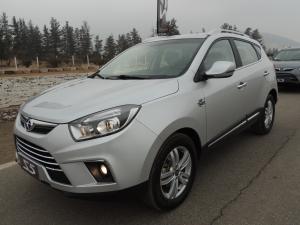