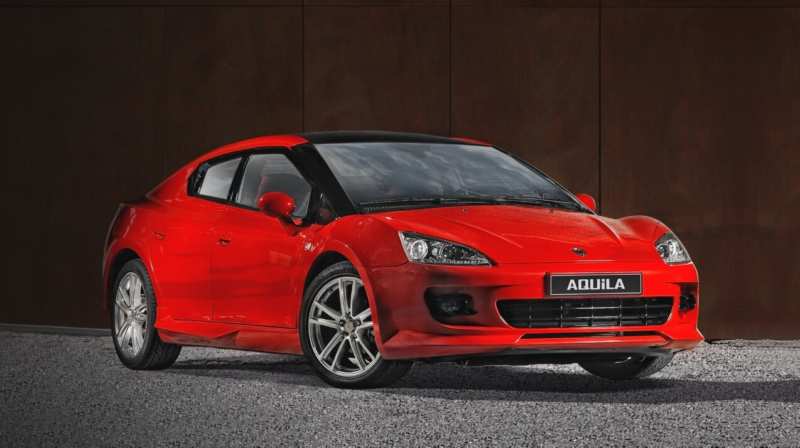 In March 2013, for the first time, the buyers were able to use a new product from the Russian car industry – TagAZ Aquila. This is a passenger car of class C and produced in Taganrog. Originally the car was called PS511. The name “Aquila” is translated from Latin as an eagle. The purpose of the plant was to create a fundamentally new car, which would have no analogues. And to the decision of this question they have approached as much as possible seriously. The whole model range is TagAZ.

The look of the firm seems to have worked out. The image is really impressive and attracts attention. Among domestic manufacturers, more aggressive and rapid bodywork is unlikely to be found. In design issues, Tagaz Ackwell, one can noticeably see the character and sharp shapes with predatory lines, which are characteristic of Western sports cars. In general, despite the risk of combining different styles, the car looks quite proportionate and not too sharp.

Thanks to the efforts of engineers, standard mistakes of Russian cars, in the form of badly lapped parts or low quality polishing of the body, it was possible to avoid that already promises the success of the company. And in the structure of the car body, the company has applied another technology of the West – mass application of plastic in particular parts of the bodywork. 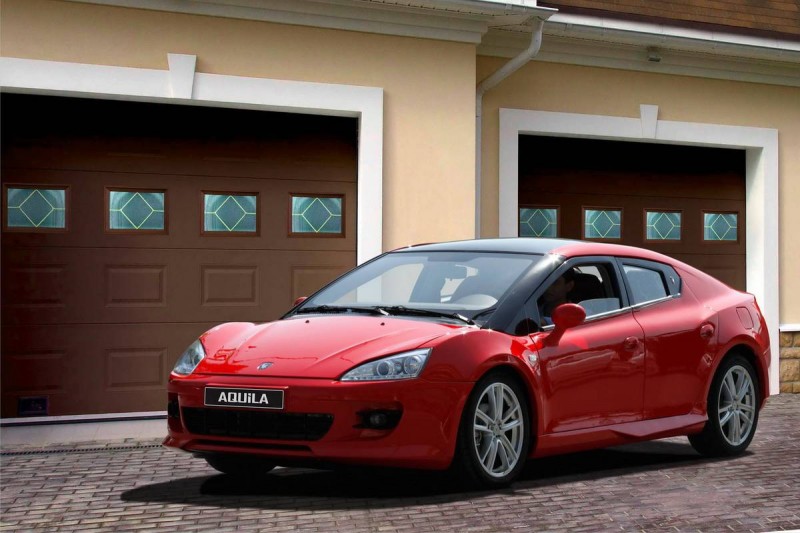 As a result of this discretion, the process of installation and disassembly of various parts during repair or maintenance of the machine is significantly reduced. In addition, the total weight of the machine is reduced. From the side of the Aquella looms curved surface, which smoothly passes into the rear wings, interesting design of the doors and relief thresholds, which, in addition to beauty increases the aerodynamic readings of the machine. On the back side there is a rounded bumper with a lower contrast insert, and underneath them there are stylish rear headlights. The trunk capacity is 392 litres.

The interior is not at a primitive level, but meets European parameters. Opening the door you can immediately pay attention to the magnificent leather armchairs, made under the sporty style. Excellent lateral support will give confidence on turns. Designers have decided to make in one color and the interior and the color of the car, which gives the sedan a single look. Materials of interior decoration do not cause reproaches.

There is plenty of space in the TagAZ Aquila, especially at the rear. But after such a chic interior with a beautiful view, the dashboard of the car slightly upset. But what the driver needs, the informativeness and susceptibility of the dashboard, all that Ackwell has. You feel spacious inside, everything is ergonomic. 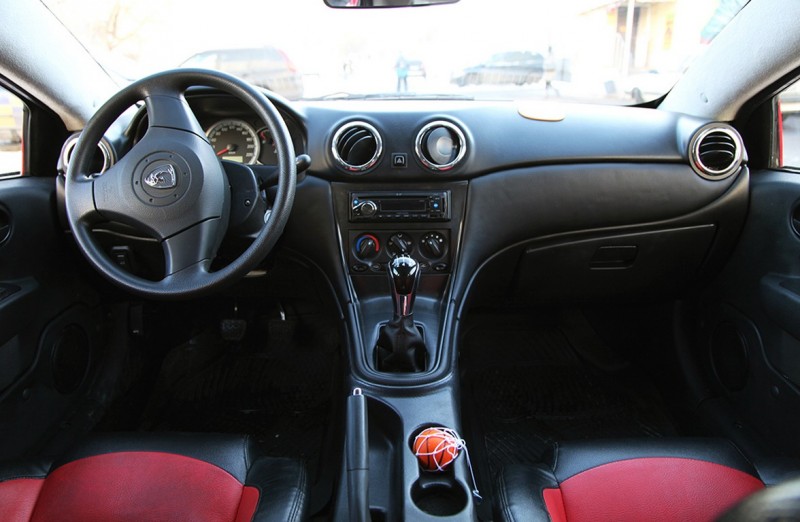 The chairs are adjustable in only two directions, which can make some people uncomfortable. Still, there are places where engineers have clearly saved money. You can see the rivets of plastic parts, cheap steering wheel, unpresentable cladding of doors, which are also very small and get into the car can cost a lot of effort. Only the vents that imitate chrome finish look a little stylish.

The TagAZ Aquila is supplied with a 16-valve 1.6-litre engine that produces 107 horsepower. The unit, developed in China, works under the license of Mitsubishi Motor Co in conjunction with a five-speed manual gearbox. Such modest characteristics indicate that Tagaz Ackwell is a sports car only because of its aggressive external design. As for the running moments, the Russian model uses advanced suspensions.

There is an independent McPherson suspension in front of it, strengthened with a stabilizer of transverse stability. At the back is a dependent spring suspension of the same type, but with the use of telescopic shock absorbers on the hydraulic system. The suspension is well suited to our roads and is quite adapted to small pits. 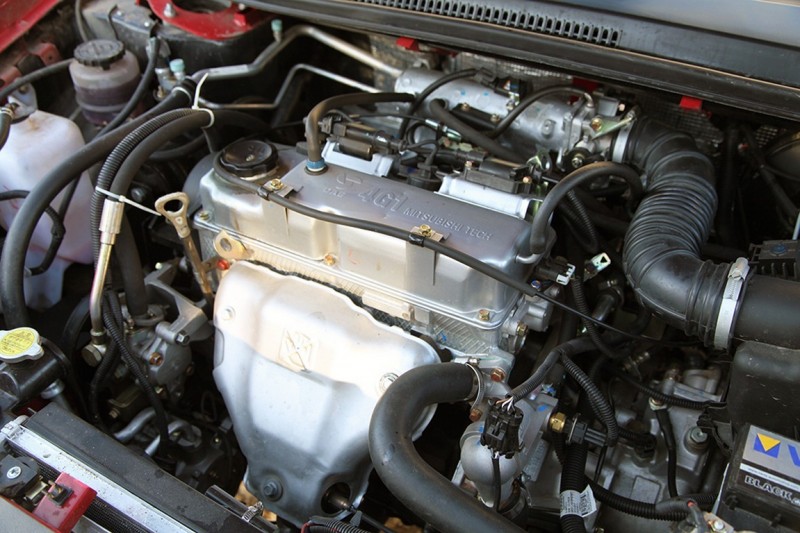 So far, the Tagaz Aqvella will be offered only with a front-wheel drive version with a single powertrain running on gasoline. This engine is equipped with a fuel injection system, and it fully meets the Euro-4 environmental standards. It is clear that it is impossible to stretch with such an engine with sports cars, but the Taganrog car feels confident between the sedans of its class. The maximum speed is 180-190 km/h, and the first hundred reaches 12 seconds.

Grandiose plans of the management board of the Taganrog company show that if there is a steady demand for the new model, the same year Tagaz Ackwell with 125 and 150 horsepower can be added to the car market. The strongest one will have a working volume of 2.0 liters and will be able to be equipped with turbocharger. To complete the car with a 150 hp engine, engineers are planning a coupe version of Aquiell, in which, in addition to the mechanical gearbox, an automatic gearbox will be available.

Suspension device, in principle, can be equated with a sports one, but it is difficult to say how effective it will be in operation. The brake system is equipped with hydraulic, double-circuit brakes with disc brakes on all wheels. The steering system is rack and pinion type and equipped with an additional hydraulic booster.

Even before Ackwell’s serial production began, the prototype machine was able to pass all the required tests that determine its safety level. Crash-test was held at the popular Dmitrov proving ground. At the end of the inspections, the vehicle was assigned the status of a vehicle, which automatically confirmed the degree of safety required to start production and sale of such vehicles. The most important element, which ensures the safety of the driver and sedan passengers, is a system of hydraulic brakes, which comes with automatic correction of gaps. 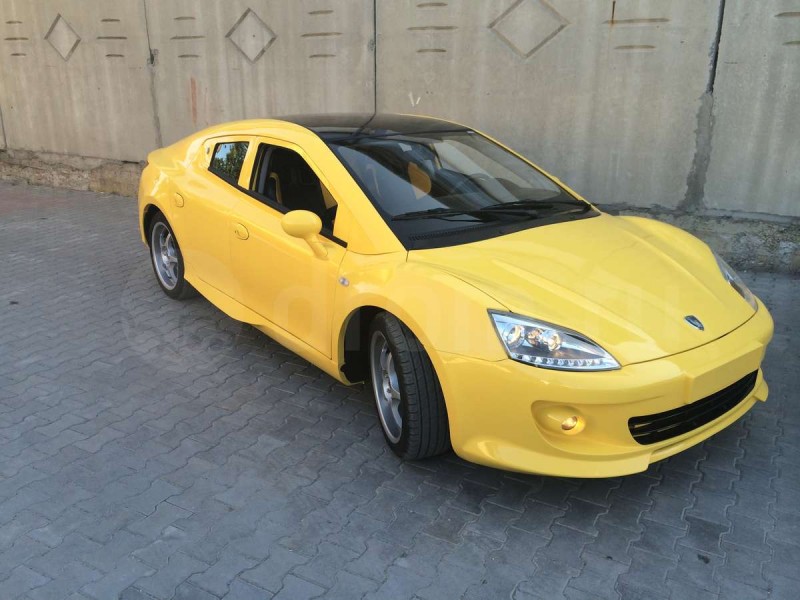 Both the front and rear were fitted with long-staying disc brakes. There is also a certain level of safety in the cabin: anti-locking system, Airbag, belts of the latest configuration, and specialized anchorages for child seats with clips. Generally speaking, the services designed to improve the safety of the car work quite well, which already increases the degree of safety, especially given its “brothers”, who are also produced in the Russian Federation.

So far there is one basic set of equipment, but the company promises that soon it will fix this point. The basic modification includes electric windows and adjustable remote rear mirrors, mirror heating, fog lights, audio system and the possibility of opening the fuel tank and trunk with the remote control. TagAZ Aquila from $6507,20 is evaluated. 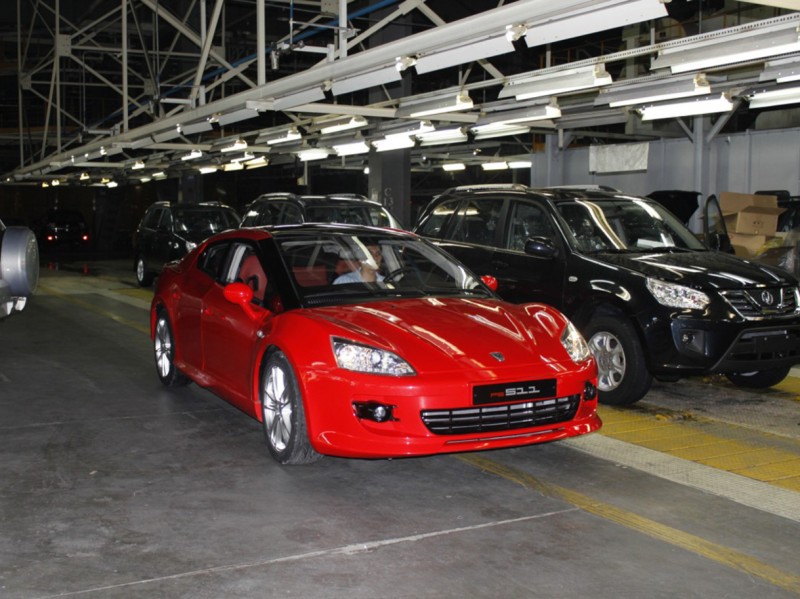 TagAZ Aquila also includes 18″ light alloy discs, ABS, air conditioning, full electric package, MP3, AUX and CD support audio system. Moreover, the cabin has upholstery of artificial leather seats, Airbag for the driver, three-point safety belts, central locking and fasteners for the Isofix child seat. You can choose from a variety of colours: red, white, black and yellow. Here too, the designers decided to paint the car only in “sports” colors. So far, the car will be driven with a single 1.6-liter 107 hp engine with synchronized 5-speed manual gearbox. 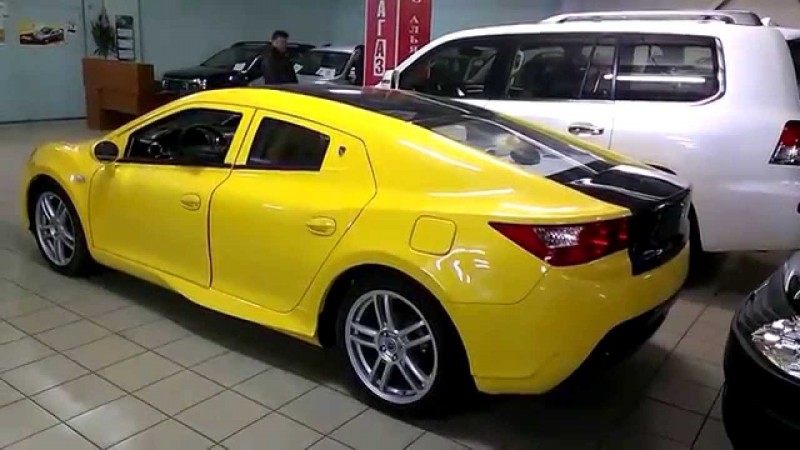 We advise you to read the article: Taganrog Automobile Plant – history of formation, produced models 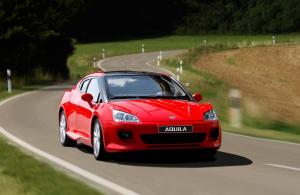 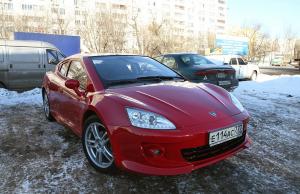 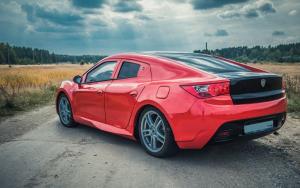 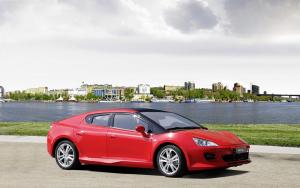 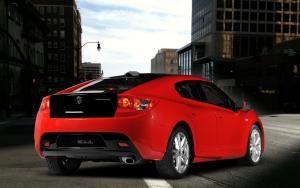 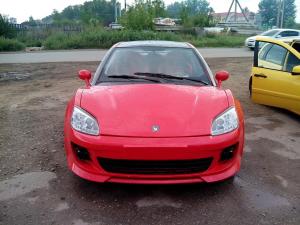 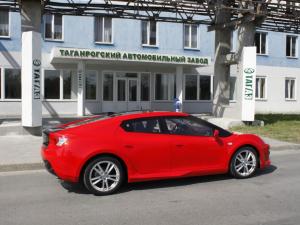 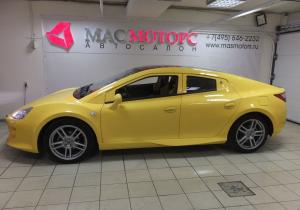 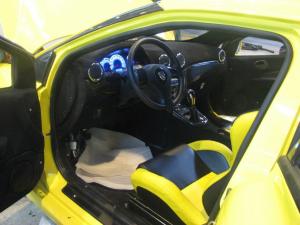