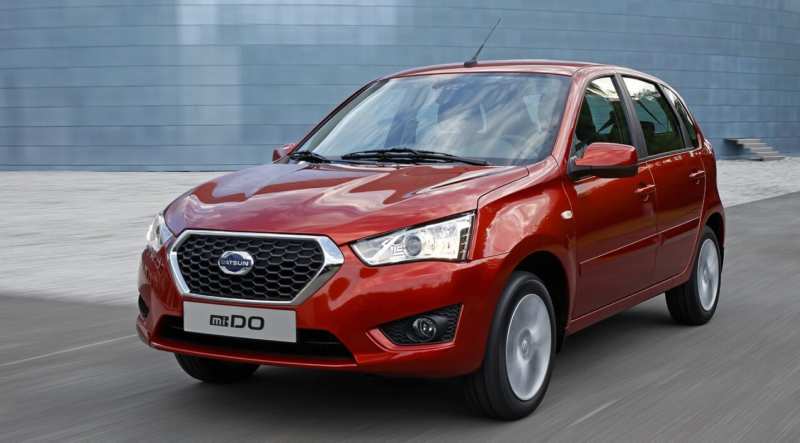 Datsun mi-Do is a compact hatchback with front drive, which was developed by AvtoVAZ automobile company together with Japanese concern Nissan on the basis of Lada Kalina exclusively for the Russian Federation. This car was presented last year, in April 2014. The novelty was launched this year in 2015. The whole model range is Datsun.

Datsun mi-doo hatchback 2015 has a modern and attractive appearance, but its appearance is easy to catch the kinship with Kalinah. In front, the car looks in its traditional style of a growing brand. This can be seen in the hexagonal grille with a mesh-shaped protective grid and a chrome bezel. The highly visible front optics, which also includes lenses, allows you to call a little aggressive in front of the compact car. The front bumper is neatly arranged. Stampings on the hood of the car successfully finish pleasant appearance. 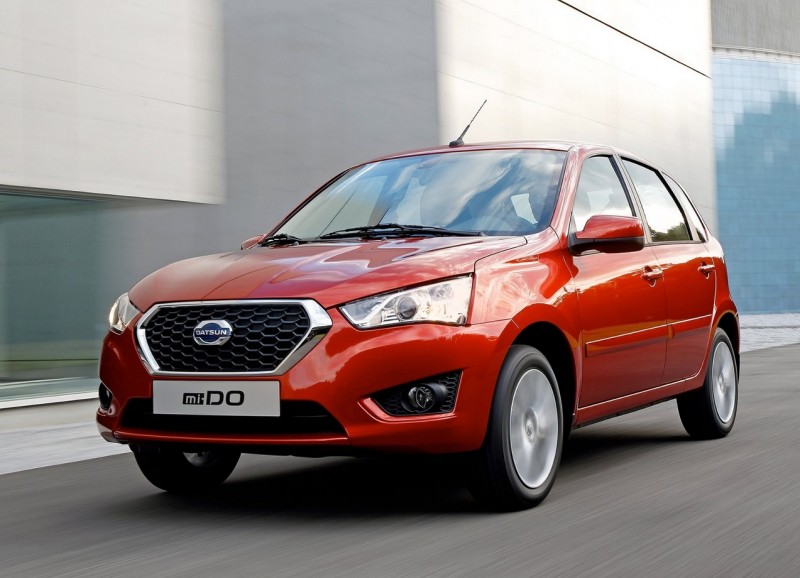 Despite the appearance of the supposedly Japanese compact car, it almost does not disperse from Kalinah. There is also a compact hood, slightly chopped back, 14-inch wheels (there is a 15-inch version). The car’s stern has a neat luggage compartment door, stylish rear lamp lamps with transparent glasses and a small bumper. The ground clearance is 174 mm, which should be enough considering our roads.

Getting inside Datsun mi-DO hatchback 2015, it is harder to distinguish it from AvtoVAZ, because the design of the interior is the same as in Lada, except for some details. For example, at once it is noticeable that there is no “someone” hump located in the middle of the front panel, which is stored in the updated Kalina 7-inch display of multimedia and navigation system.

The display itself has moved down a little and is located in the middle of the central panel. In its place came the deflectors of the heating system, which have a unique shape – but the interval between them is still set alarm key. Among the notable differences we can also highlight the location of cup holders, which were moved a decent distance closer to the center console. 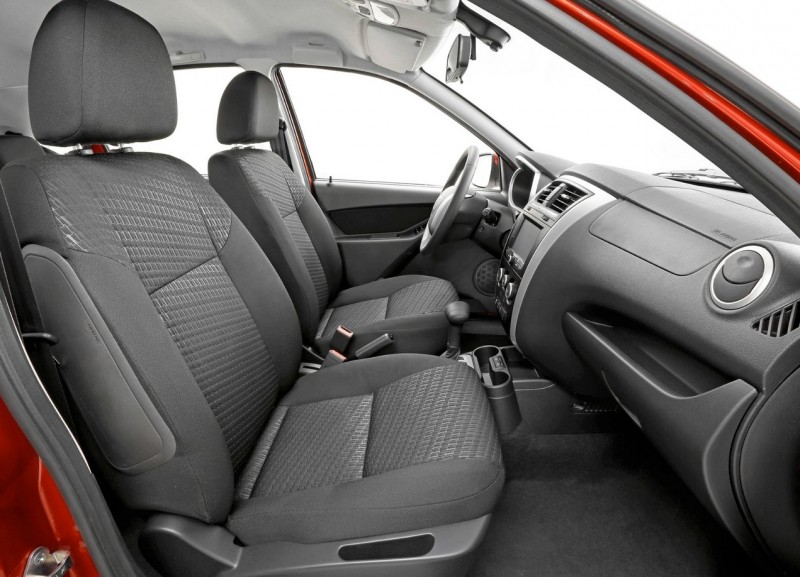 And here at once small defect, because of such close arrangement to the front panel, voluminous capacities extremely inconveniently to put in cupholders. If we do not take into account such innovations, the interior has been subjected to a slight cosmetic change. In the compact novelty there is a display of the route computer which has found its place on the dashboard.

The design of the keys and rotary levers has been changed. In the version of the car with an automatic gearbox, the lever itself looks massive, which makes it solid. The chairs seem to be completely similar, but the Datsun employees were able to increase their rigidity, which increased the comfort for both the driver and passengers on long journeys. 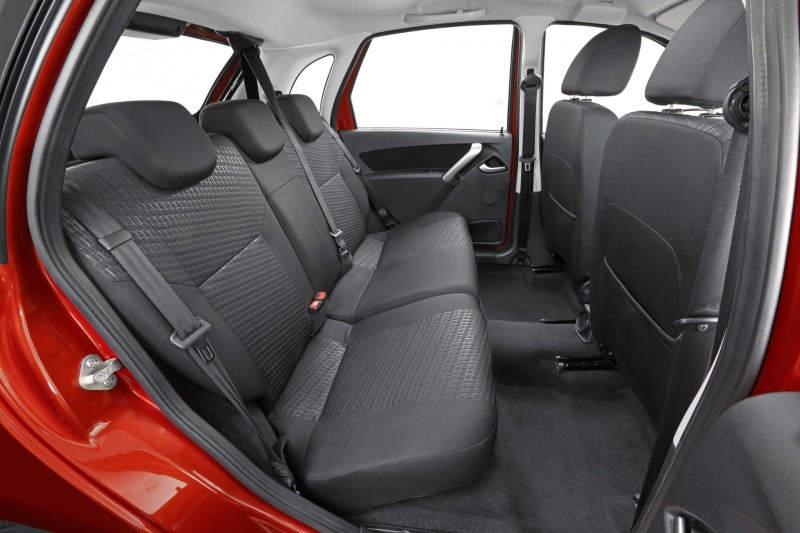 In the most expensive modification of the machine, the front seats will be adjusted in height, which will make it possible to adjust the seats to any driver. At the rear, three people can still fit without any extra comfort. But there is good news that the backrests can be folded in the figures 60:40 and there are fasteners for children’s seats. The following materials were used: hard plastic and fabric in the armchair lining. The free space in the luggage compartment is 260 liters.

Datsun employees decided not to change anything and put under the hood a familiar gasoline engine with a volume of 1.6 liters, which produces 87 horsepower and is combined with a 5-speed manual gearbox. For an additional fee, you can order a version with an automatic transmission with four Jatco speeds. The first 100 km/h, the Datsun mi-DO hatchback reaches a maximum speed of 170 km/h in 12 seconds. 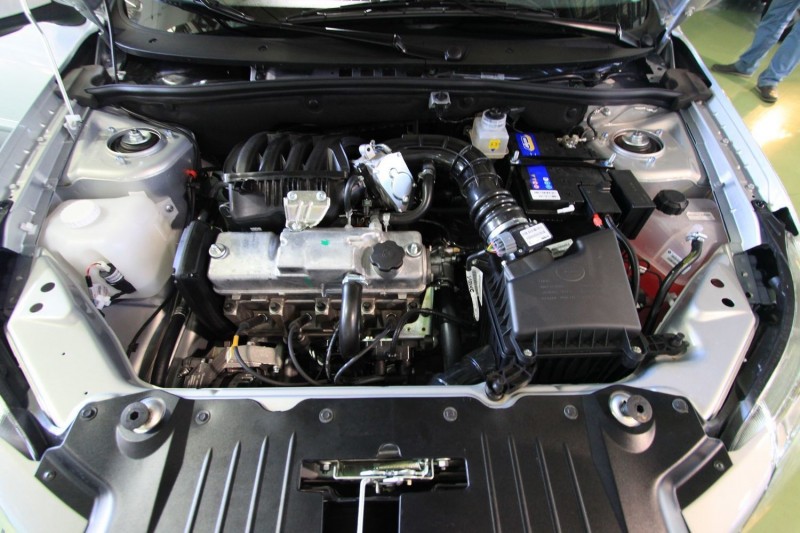 Versions with an automatic box require 2 seconds more – 14.3, and a maximum speed of 166 km/h. The car spends about 7 liters in mixed mode, with a 0.7 liter more automatic. The suspension has been adjusted by Renault and Nissan specialists. The front suspension is an independent McPherson, rear semi-independent, where there is a transmission beam. The compact hatchback features gas-filled shock absorbers.

Airbags. Japanese designers and engineers have put a lot of effort into protecting the driver. To do this, the vehicle was equipped with front airbags with 2 levels of opening. Moreover, the driver’s seat and the adjacent passenger’s seat have been provided with AirBag accessories to protect them from side impacts.

Holds You In Place. The seatbelts were also fitted with pretensioners. They tighten the belt when the system analyzes and realizes that collision avoidance is impossible, making contact with airbags much softer and more directional. Sometimes, load limiters can leave some margin for the belts to protect them from damage that can be purchased from the same belts. 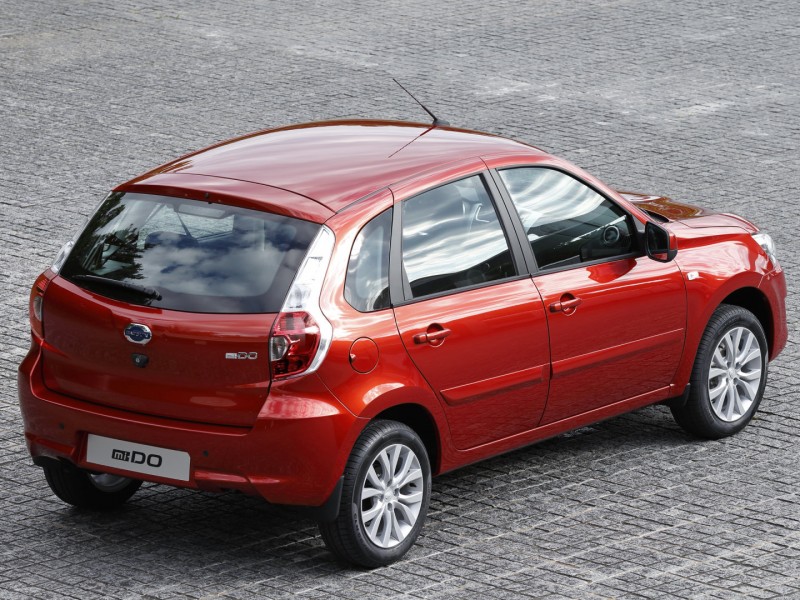 ABS and BAS. These services are always designed to help the driver, and no matter what the weather outside the car is like. When it slows down quickly, or on a slippery stretch of road, the ABS instantly signals the braking system, which shortens the distance needed to stop completely. Such systems also help to avoid skidding the vehicle.

Electronic Stability Control. This function is used to ensure that the driver can maintain full control of the vehicle even on slippery roads. The option tracks the steering angle of the steering wheel and compares it to the actual course of the vehicle, introducing braking of individual wheels as needed to prevent accidents and to keep the vehicle on course.

Child seat mountings ISOFIX. The Japanese car company is also very concerned about the younger generation. To do this, the Datsun mi-DO’s mounting function has been designed to meet all the criteria of ISOFIX international standards and to ensure the immediate and safe transportation of children in the car.

The cheapest set of Datsun mi-DO hatchback 2015 Trust is estimated at $7244 for a version with a manual 5-speed gearbox. The most expensive 1.6 Dream comes with an automatic transmission and costs $9345. The standard version has a power steering, front airbags, mirrors, side mirrors with electric drive and heating, as well as an on-board computer and heated front seats.

At an additional cost you can install climate control, multimedia system with USB, the ability to connect an SD-card, Bluetooth and four speakers. The top version includes fog lights, light and rain sensors, power windows on all doors, an audio system and 15-inch light alloy wheels. 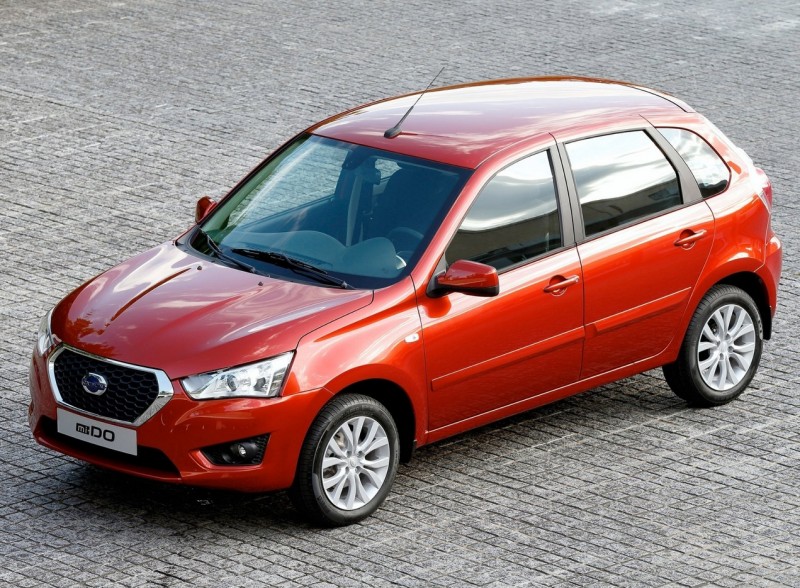 Summing up, it is possible to tell that though Datsun mi-DO hatchback 2015 strongly and does not differ from Kalinas inside the salon, changes in appearance are still obvious. It has become more harmonious. The only thing that is missing is space for rear passengers, because of the small wheelbase, and in general, the interior looks a little dull and gloomy. But a good ground clearance and low fuel consumption will allow the car to feel comfortable in the city. Just to add a little more engine power, but it will be another story, with another car. 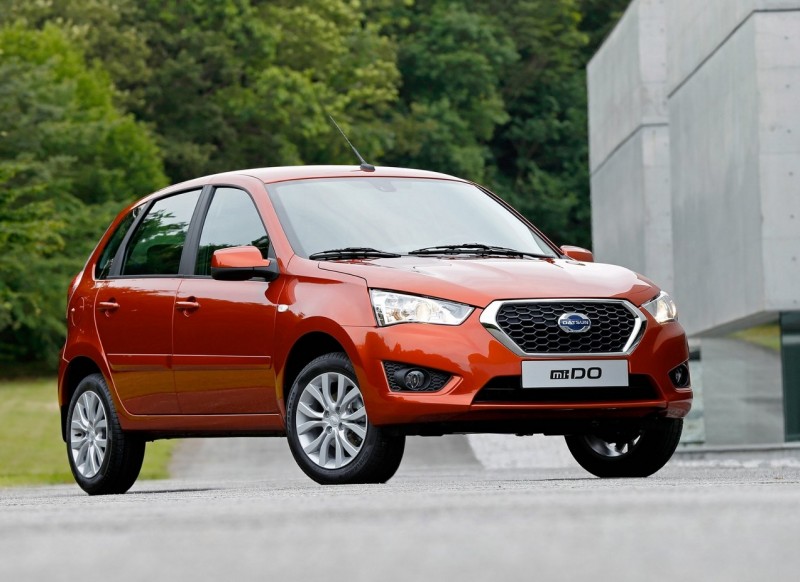 We advise you to read the article: History of Datsun 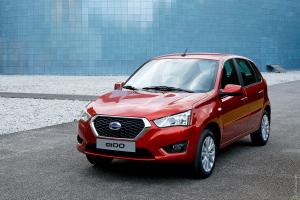 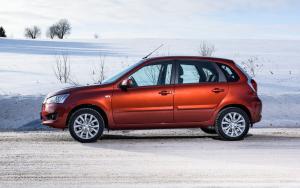 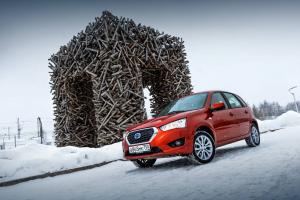 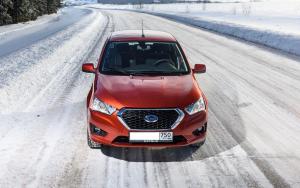 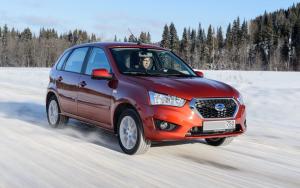 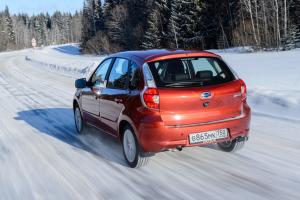 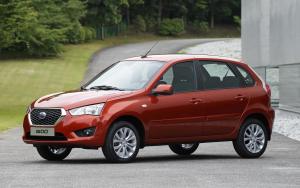 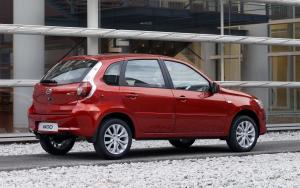 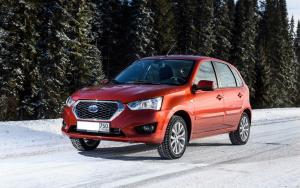