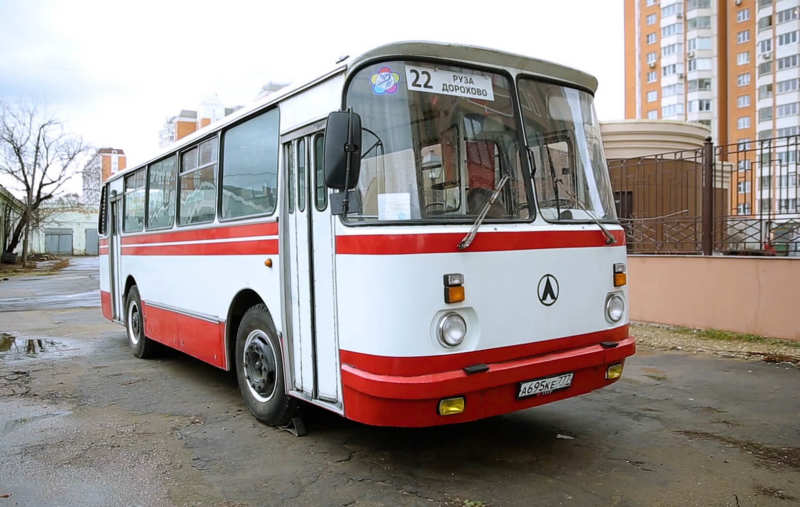 LAZ 695, also known as “Lviv”, is a Soviet and then Ukrainian vehicle, which was produced at the Lviv Bus Plant. It can be safely entered into the Book of Records of Ukraine. The car was regularly upgraded and (attention!) kept on the conveyor for 46 years. This is a unique record in its kind, when the only plant produced the same model of bus.

Production of Soviet LAZ trucks started immediately after the war, in 1945. Initially, the production of the 155 model was wanted here, but the young team decided to take the initiative. Engineer Osepchugov infected his colleagues with “bus disease”. The whole model range is LAZ.

In general, the appearance of the LAZ-695 bus was improved a couple of times. They mainly touched the body, although the overall dimensions and layout remained the same. A significant innovation of the first generation was the pumping of the rear part, and later the front part, when the “polished” shape was changed to a visor. From time to time, the emblems of the Lviv plant, as well as between the headlight space, front bumper and even wheel covers changed. 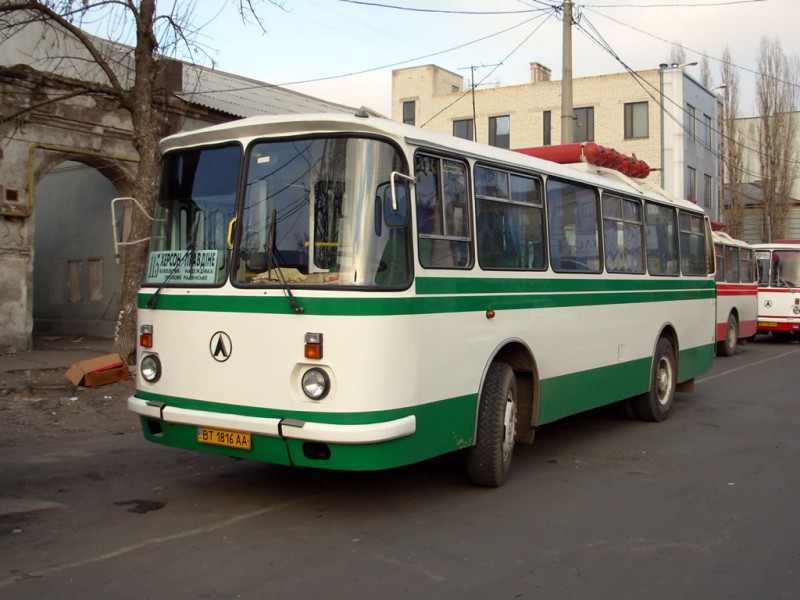 At first, LAZ-695 was imperfect. The doors were not wide enough, there was no platform near them, the aisle between the seats left much to be desired. An interesting feature of the first LAZs was the rapid transformation into a sanitary machine. Seats were dismantled, and a door to the right of the driver was placed for the convenience of loading the wounded. Taking into account the realities of the post-war period, this modification was more than relevant. 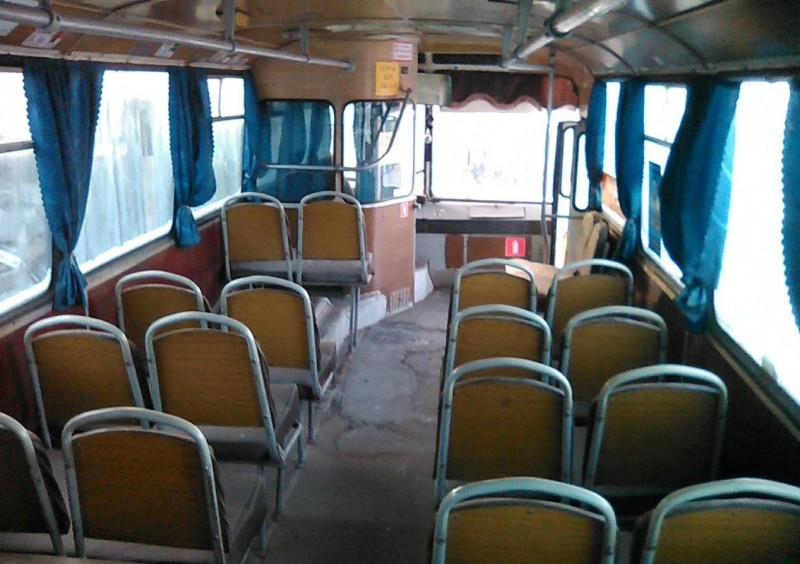 Since there were many variations of LAZ-695, we will focus on the most popular model LAZ-695N, which was most often used for passenger transportation. The bus had a wagon-shaped body and was a three-door bus. Two four-leaf doors were intended for passengers, one more for the driver. The seats were arranged in four rows and the engine in the back. There was also an air heating system in the cabin, which used the heat of the cooling system. Well, there were 34 seats and a total passenger capacity of 67 people.

A large number of dashboards, control lights and buttons to control the doors, lights, etc. were located on a single dashboard just in front of the driver. The parking brake lever and the gearbox control handle were placed on the right side of the driver. Right next to the front door there was a double chair, which was rotated 90 degrees. Behind the back door, at the end of the bus, there was a large sofa with 5 seats.

LAZ-695th has a gasoline V-shaped eight-cylinder engine with a carburetor feeding system from ZIL 130YA2, the working volume of which is 6 liters. The engine running on gasoline is almost the main disadvantage of the car, because the traditional fuel consumption is as much as 35-40 liters per hundred kilometers, and after all, the gasoline itself is much more expensive than diesel fuel. The maximum speed of LAZ is 80 km/h.

Among other characteristics, it is necessary to distinguish the presence of 34 seats and the driver’s seat, on which springs were installed. This device made it possible to change positions in different planes. LAZ-695 was equipped with an air heating system in which thermal cooling systems were used to cool the engine. Already in 1985, the engineering staff of the company were able to design a modification of 695-NG, which functioned on natural gas. Then, this modification was very popular when there was a fuel crisis at its peak. 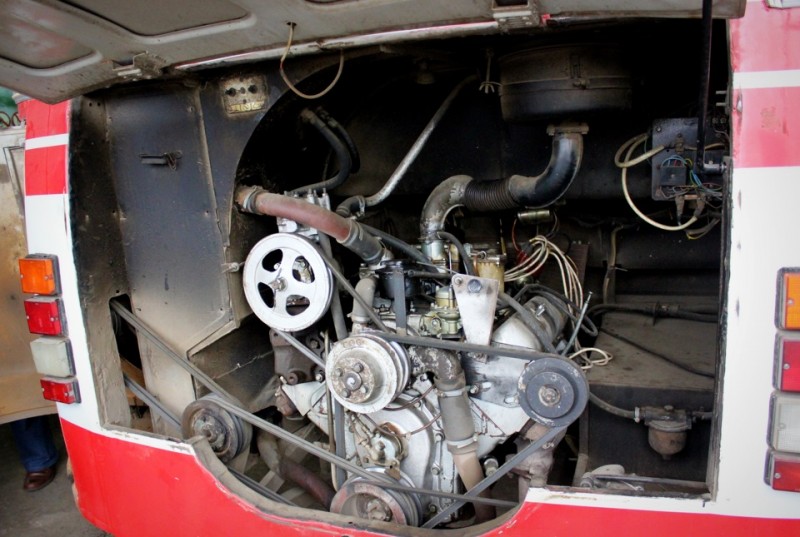 The manual 5-speed gearbox was equipped with synchronizers at 2nd and 5th speeds. There was also a 2-circuit pneumatic braking system. In addition, the Russian car had a dependent suspension – in front of it were shock absorbers and polyelliptic springs, and behind the similar device, but without shock absorbers. This social car had unpretentious qualities in operation, was durable and distinguished by reliability among drivers. The bus has disc wheels, and those in turn – side and lock rings. Paired wheels are installed on the rear axle. The size of tyres is as follows: 280-508Р. All wheels have a pressure of 0.50 MPa.

The clutch has been designed as a dry, single-disc, hydraulically actuated clutch format with four release levers that are released. There are sixteen pressure springs in the clutch housing socket. The master cylinder for release of the clutch is filled with brake fluid. The shift lever is connected to the gearbox by a tube-shaped gearbox. The PTO shaft has two universal joint shafts. Of the two axles, the driver is the rear axle. 1st stage in the main gearbox and 2nd stage in the wheeled gearbox. The axle crankcase is welded and stamped. In the central gearbox, the gears were cut into spiral-shaped teeth.

In the junction box there is a differential. Standard cylindrical gears with external and internal gearing are used in the wheel gearbox. The front axle consists of a forged I-beam beam. With the help of springs and springs the smooth running is achieved – if the bus is not loaded, the springs function, if the LAS is under load, the springs also come into force. At the end of the springs there are stamped cups with rubber cushions on them.

The 695th features a power-assisted steering system that is designed to make the driver’s job easier and to improve driving safety when turning. It is equipped with a steering wheel with a steering column and a gearbox located in the corner. It has a cardan gear and steering mechanism. The power steering has an impact on the bipod of the steering device. The rudder mechanism includes a worm with a 3-x globoid-shaped comb roll.

Double-circuit brake system with pneumatic drive and drum mechanism. The parking brake has an impact on the rear wheels. Their drive is mechanical. The spare brake is one of the circuits of the working brake system. The pressure in the pneumatic drive of the brake is 6.0 – 7.7 kgf/cm2. Drives an air compressor with a pair of cylinders. It has a piston and water cooling.

It is also connected with flexible hoses to the pneumatic system. The pressure regulator contains ball valves. To store air, 5 pressure receivers with pressure sensors are installed. And on one of them there is even a valve for inflating the wheels. The brake drum contains two brake pads.

The vehicle LAZ-695H was produced in the period of 1976-2002. During this time more than 160 thousand buses were produced. Now they are produced by the Dneprodzerzhinsk plant. There buses are produced since 2003. Buying LAZ on the secondary market can even cost 5000 dollars – everything depends on the year of manufacture and configuration. 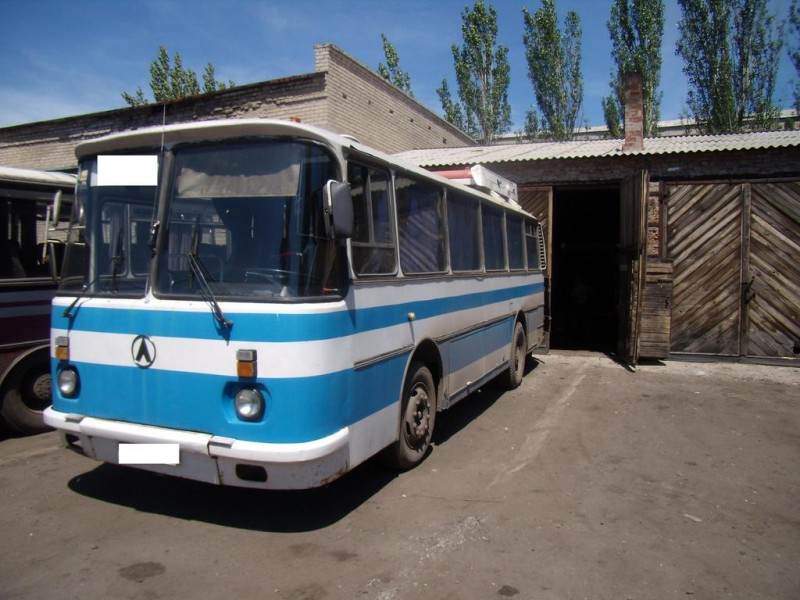 There’s probably no one in this country who’s never been to LAZ-695N. The model became legendary and symbolic for the whole Soviet Union. This bus was especially popular on flights up to 100 km. And even though it is not produced now, but in some villages and small towns you can still see the old, good “loopholes”. 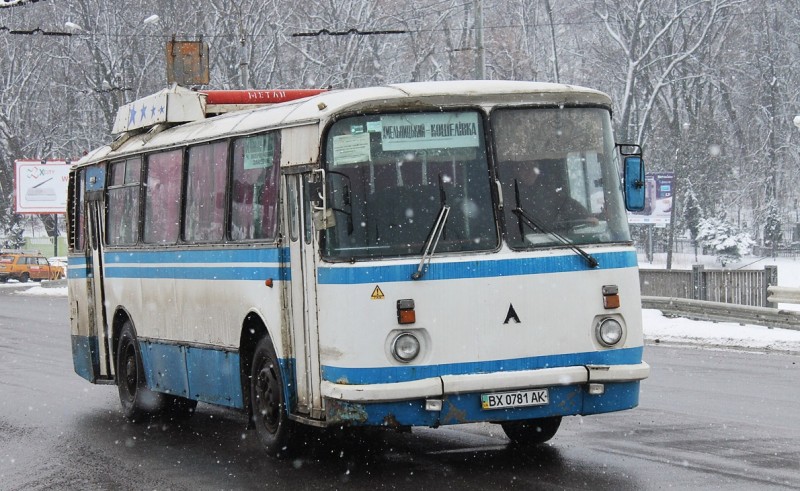 We advise you to read the article: LAZ – history of the Lviv Bus Plant 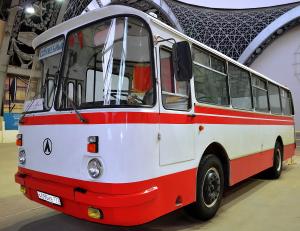 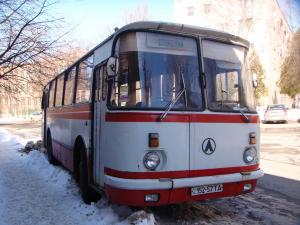 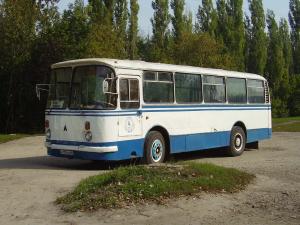 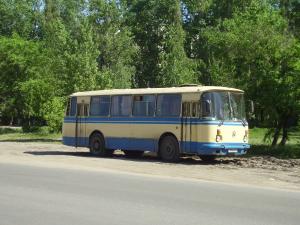 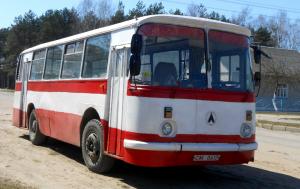 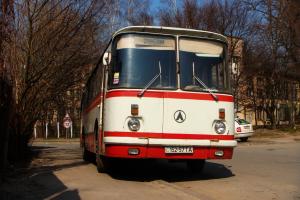 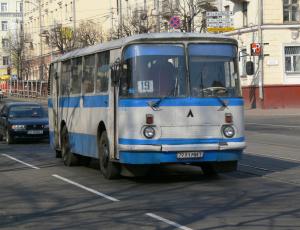 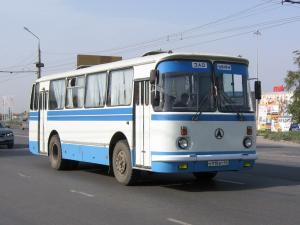 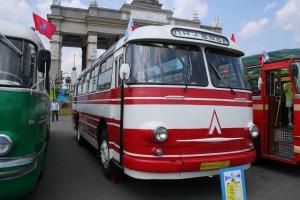 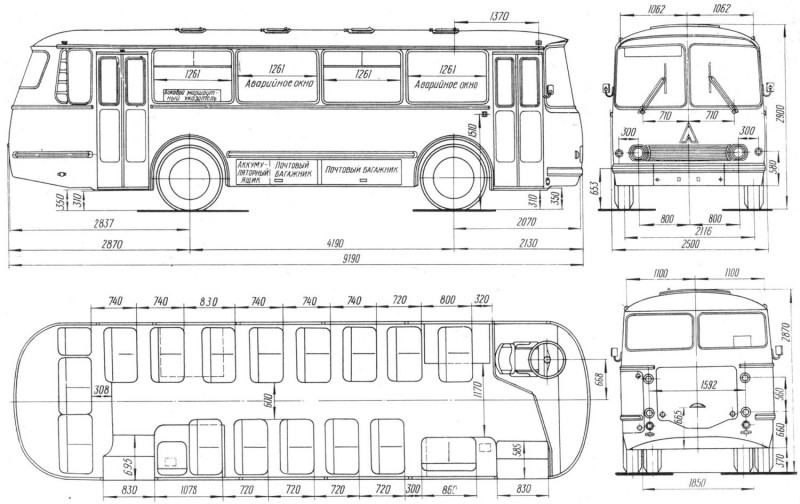