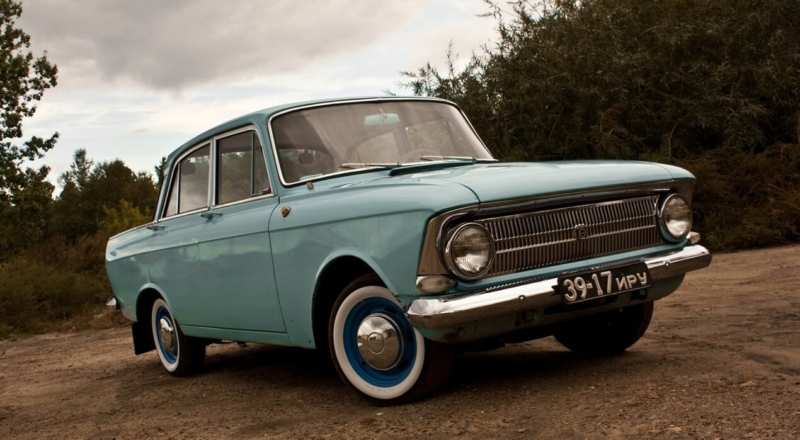 Moskvich-412 is a Soviet car produced at the Moscow plant of MZMA, later changed to AZLK. For the first time from the conveyor belt, Moskvich left in 1967 and was produced until 1977. For the basis of the 412th model, the engineers took the “younger brother” – Moskvich-408.

Big changes in appearance were not observed, it was just restyling 408th version. Technically, the novelty, has made a confident step, for its time. Its popularity, Moskvich acquired, taking part in the London-Sydney marathons, a length of 16 000 km and London-Mexico, a length of 26 000 km. The whole model range is Moskvich.

In the last of them, let it lie on the high mountain roads, the height of which reached up to 5,000 km. At such an altitude, it is known that there is very little oxygen, and therefore the engine could produce only about 20 out of 82 horsepower.

A serious test for the car. In the team event, in the first marathon, Moskvich took fourth place, and in London-Mexico – third. It served as a good advertisement of the car, and provided an opportunity to export the car abroad.

Until 1969, the car was supplied with round headlights and a grille from its predecessor, but it had a new rear view, on which the lights were placed horizontally, and on top of them there was a triangular dimension. Subsequently, Moskvich-412 acquired new rectangular headlights produced in the GDR. All produced cars in the Moscow region, had chrome door handles, with a round button, to open them.

The car received an updated bodywork that met the safety requirements of those times and looked more modern. Later on the bumpers were equipped with fangs, which served as part of passive safety. After a while, the car underwent other changes and improvements. 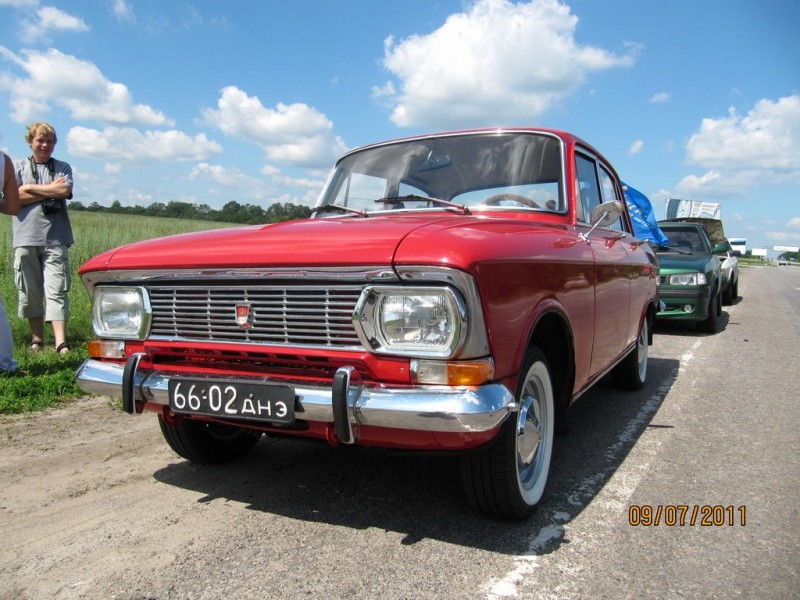 With the new update, the interior of the model was equipped with seat belts. Moreover, the car had a folding, telescopic steering column, and it, in turn, significantly reduced the impact of the accident. The panel cladding and front bodywork became softer. 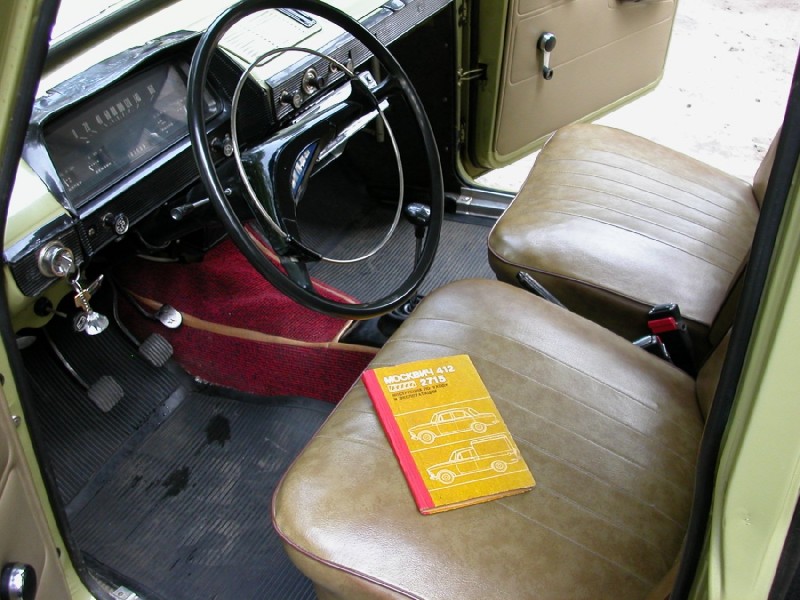 Unlike older Moskvich’s models, the gearshift lever was not under the steering wheel, but on the transmission tunnel. If to take in comparison salon VAZ 2101, it is a little bit already at 412th, than at the competitor. From the past models: The 401st and 407th, 412th differed by separate front seats. 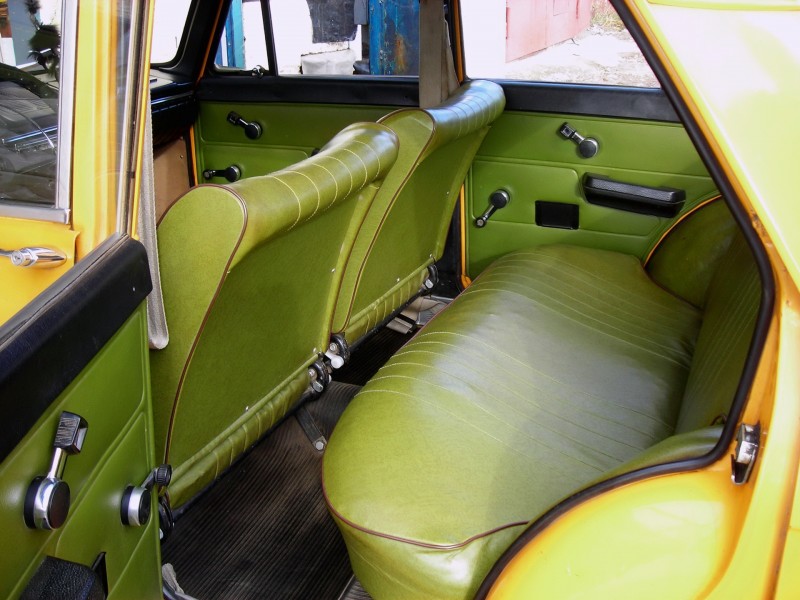 And now he could hold five passengers quite freely. The trunk had 350 liters and was on the same step as the luggage compartment of Liguli.

Under the hood of Moskvich-412, there is a new engine UZAM. Its volume was 1.5 liters and developed 75 hp. The engine, block, valve cover and crankcase are made of aluminum. The peculiarity of the power unit was that the block of cylinders was tilted to the right in the course of movement.

Thanks to this, engineers have achieved a more compact engine and reduced the center of gravity of the car. The engine is synchronized with a four-stage manual transmission. There is an independent suspension at the front and a spring suspension at the back, which allows to transport loads. On the front and rear wheels, drum brakes equipped with a vacuum booster are installed. 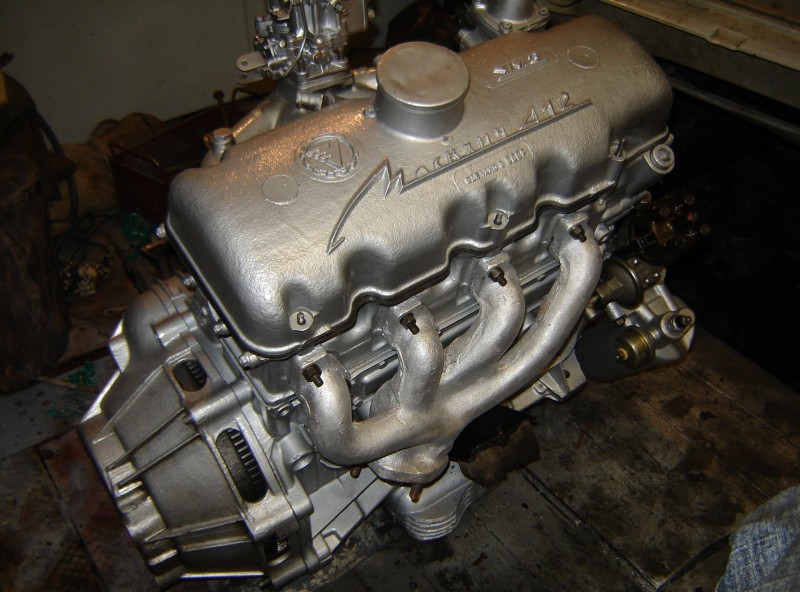 The new power unit UZAM – 412 – was a real advantage of Moskvich. The fact that many of the details were made of aluminum, there were also their own disadvantages. For example, the crankcase, which was made of aluminum, became very vulnerable to penetration, on this basis, the installation of protection for the 412th Moskvich will be obviously not superfluous. The aluminum block was fitted with cast-iron sleeves, so this motor does not need to be wasted, it will be enough to replace the sleeves.

The unusual character of the engine UZAM – 412 should be attributed to the fact that it had a hemispherical form of combustion chamber and the fact that the inlet and outlet valves are in front of each other, and not next to each other, as in VAZakh.

This type of valve location makes it possible to improve the purging of the entire combustion chamber. The application of a similar scheme can be seen today on the engines of the American assembly of HEMI, which are installed on the machines of the company Chrysler.

It will not be superfluous to remind that the best car in Europe in 1967 is the FIAT 124, which developed capacity of 60 horsepower. The BMW 1500 engine reached a capacity of 75 horses, similar to the Moskvich engine, but the German’s torque was still higher – 118 against 108 N/M.

But a spoonful of tar is still present in the UZAM engine. Due to too long valve opening phase, the power unit is inclined to detonate. For example, VAZ 2101 opening phase is 232 degrees, and Moskvich – 282 degrees. It turns out that Zhiguli is a more injector than the Moscow car. 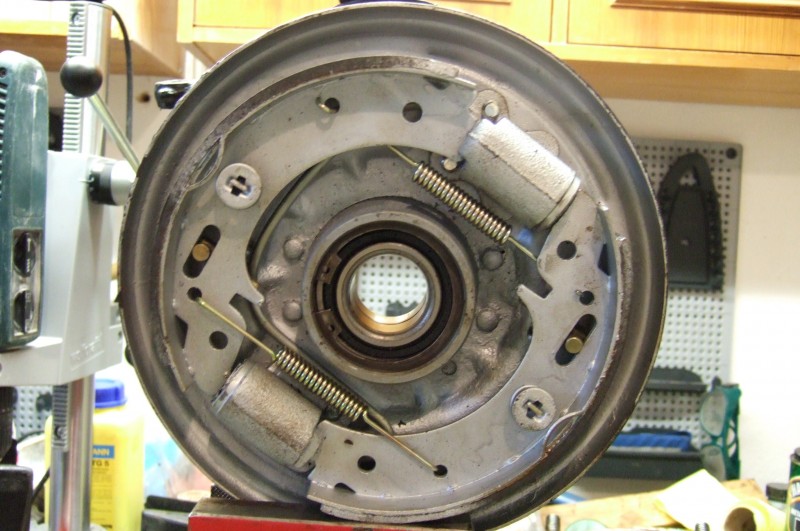 Based on passport data, the new Moskvich 412 reached the first hundred kilometers in 19 seconds, and its maximum speed was 142 km. Moskvich differs from VAZ also by installing drum brakes on the front wheels, while VAZ already had disc brakes. However, even in those days, the Moscow car was equipped with a vacuum booster brakes. With a speed of 100 km/h, 412th, to stop on dry asphalt 43.2 meters. 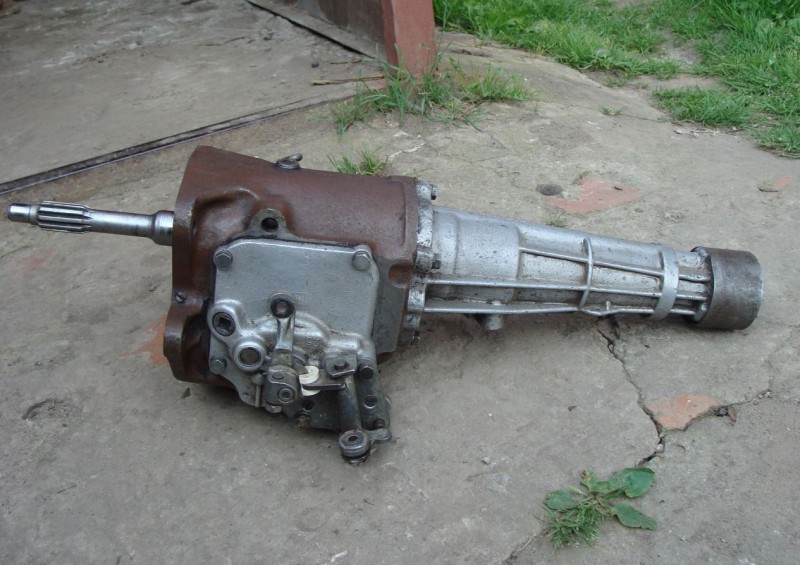 Speaking of gearbox, it’s also inferior to Zhigulevskaya. As for the rear suspension, it has the same springs as the predecessor of the 408th, which facilitates the transportation of goods, but on the other hand, it causes overload, from which most Muscovites suffer.

The engine of the 412th Moskvich was delivered together with a 2-chamber carburetor and eight valve mechanism SOHS with a V-shaped valve arrangement. According to the passport, fuel consumption in the city was 10.3 liters per 100 km, and on the highway 7.4. The chassis with rear-wheel drive was used as the basis for the chassis, on which the body and the engine itself were built.

If you look at the power unit itself, you can see the modern for that year (1967) design: the camshaft, which was not already at the bottom, and at the top – it was driven by a chain of plate Morse with a tensioner-star. This scheme was followed by most of the world’s companies, such as Honda and others.

Before the arrival of the car brand VAZ-2108, our athletes chose just Moskvich, as the engines of the 1500 unit could be forced without much difficulty, and they had a good return on power. Finally, on the platform of the power unit UZAM-412, there were produced variations in serial version, the working volume of which was equal to 1.7, 1.8 and 2.0 liters. They were installed on the machine Moskvich 2141 “Svyatogor”, but did not gain wide popularity.

It is worth mentioning that it is with the help of the production carried out by MZMA that the upper camshafts were installed on the Zhiguli machines. The clutch was reinforced with the use of a diaphragm-type spring (an innovation in the field of automotive industry) and was produced under the license of a foreign company. The gearbox had an improved version of the one already produced. All shifts were synchronized.

Purchase such a used car with a rarity of up to $1500, which is much cheaper than Zhiguli. It will be unreasonable to expect good quality from it, because it is already many years old. 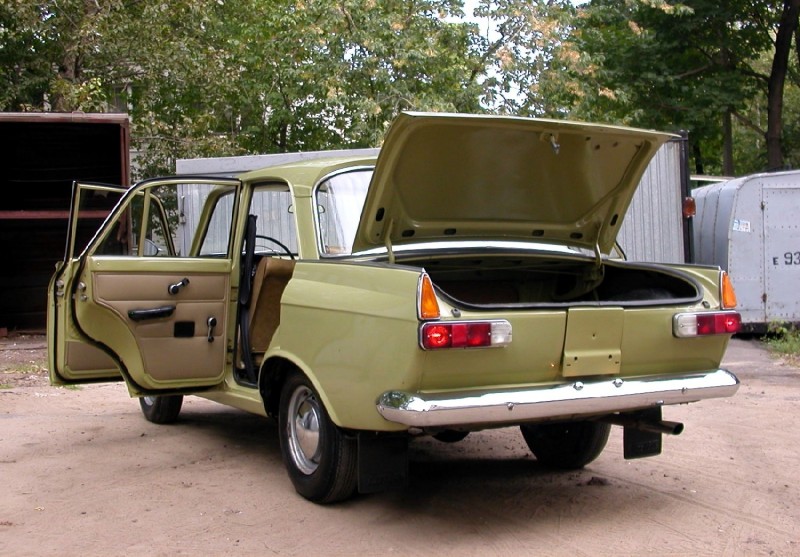 At the time of graduation, Moskvich-412 was a pretty successful novelty. The advantages include a powerful engine, good cross-country ability, ease of maintenance and operation. Among the disadvantages are the underdeveloped gearbox, high fuel consumption, unattractive appearance and internal appearance. 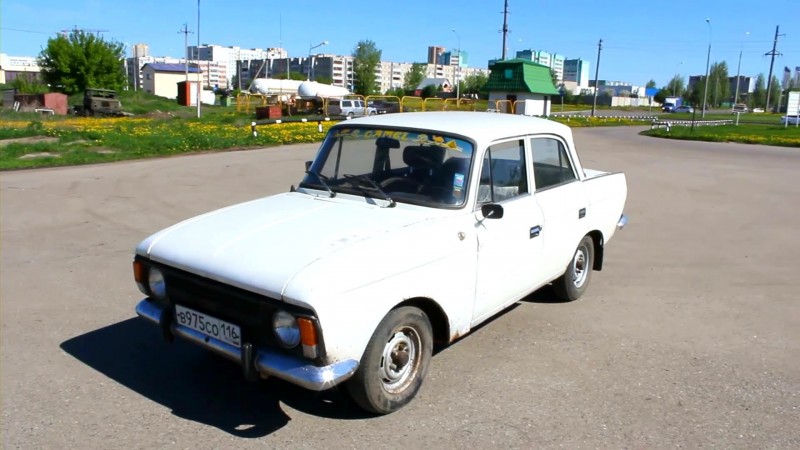 We advise you to read the article: “History of the car “Moskvich” and enterprises AZLK 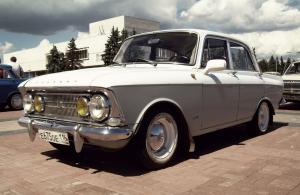 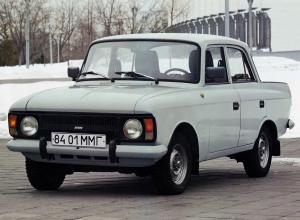 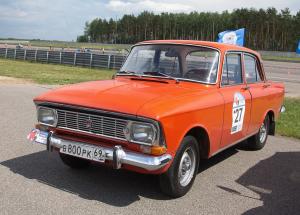 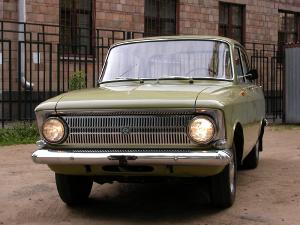 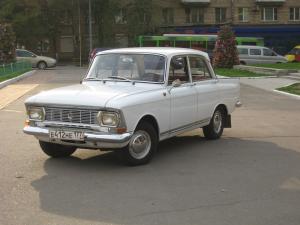 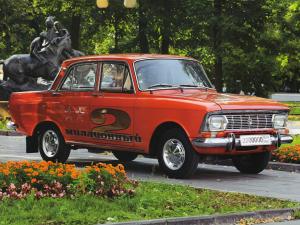 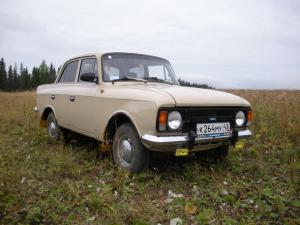 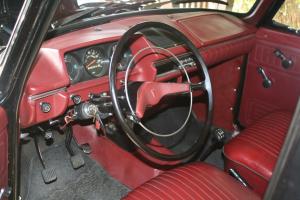 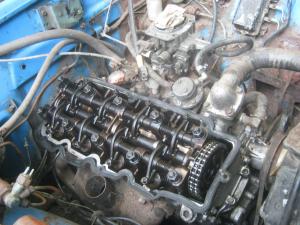 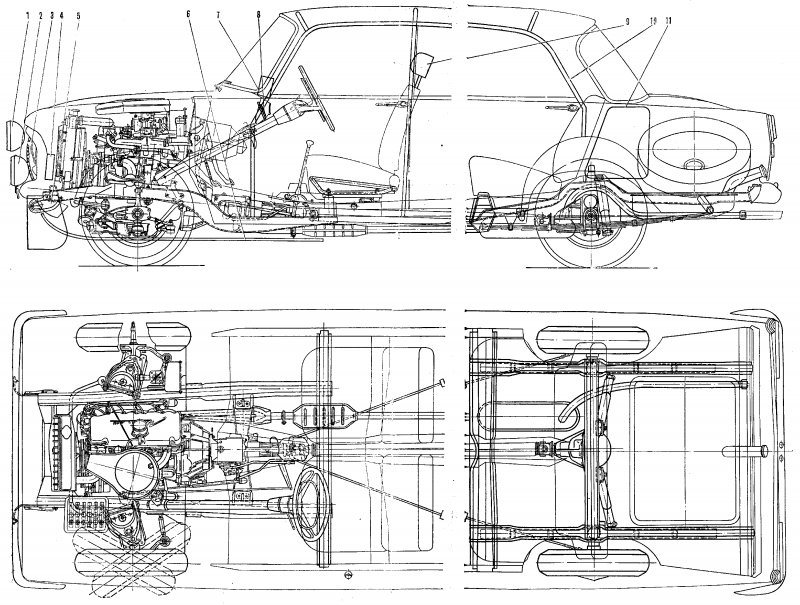