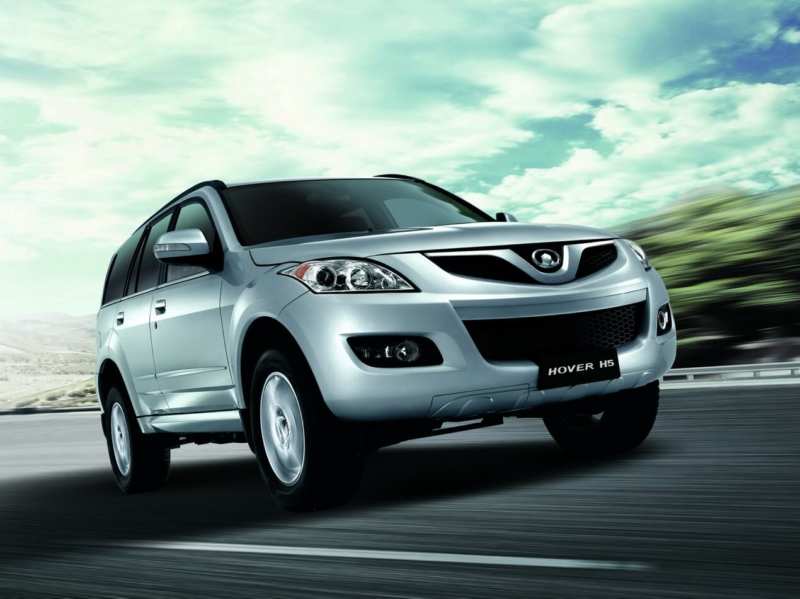 We have written a review of the Great Wall Hover H5 not only to identify the strengths and weaknesses of the car. The fact is that many people confuse it with the elder brother of the Great Wall Hover H3. And in vain – the differences in the bucket, and even a cart. In Russia, the car was introduced four years ago, in 2011. Russian buyer took Hover with caution, but fell in love quickly enough.

Probably because the manufacturer was able to combine the new modern design with previous forms, not forgetting about the technical modernization. This is especially true for the 2015 model range. But let’s see if the Great Wall Hover H5 is really good. The whole model range is Great Wall.

The appearance of the Hover H5 has not changed much, except for the front part. Now the Chinese SUV is even more like the Mazda CX-7 due to the new bumper, modern lighting and smooth lines. As for dimensions, the Great Wall Hover H5 test shows that the car has grown in length to 464.9 cm, and in width to 181 cm. But the height is 174.5 cm against 180 cm compared to the H3 brother. The second generation of SUVs from the famous manufacturer Great Wall is also all-wheel drive.

The design of the car has undergone a number of changes. This is especially true of the grille, it has become completely unique and unlike other cars. The clear benefit in the design of the car was that the engineers decided to follow their own path of development, rather than copy someone else’s style. 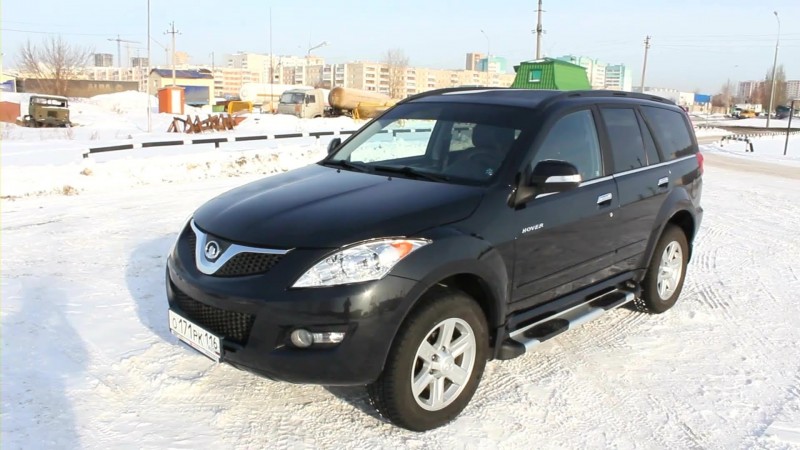 During the production process, only the highest quality metal with a high margin of safety was used for the bodywork, which also gives the car a solidity. According to the representative of the Great Wall Company, the plant has installed the latest equipment for laser welding of the frame. In addition to the grille, significant changes have been made to the optics.

The pronounced lines of the front and rear headlights give the SUV a sensual aggression, which asks for outside. The bumper of the car is decorated with stampings, which is typical for the premium class cars. Additional uniqueness and uniqueness are given to the car by massive wings and disks of the seventeenth radius. 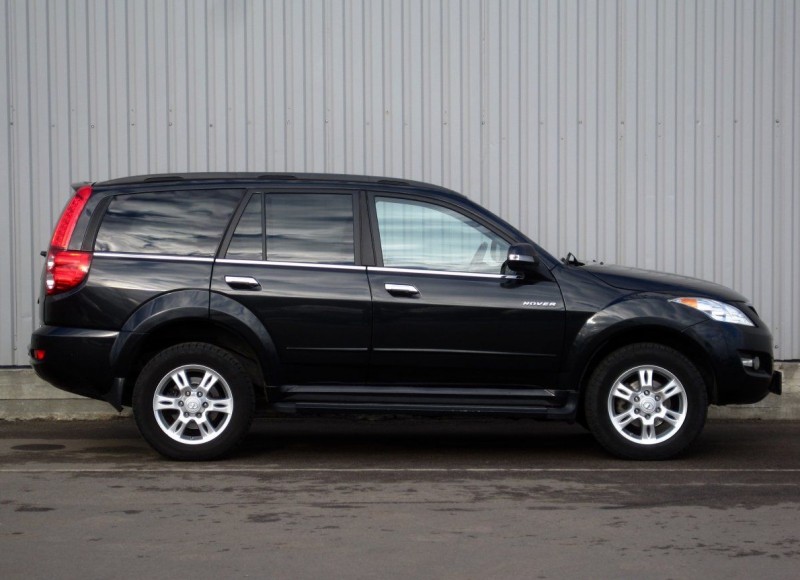 The headlamps are convex and divided into distinct sectors with the latest optics. On the grille of the radiator the designers placed the brand’s characteristic strips in the style of bird’s wings and the manufacturer’s logo. The side mirrors are equipped with turn-arounds on the rear-view mirrors. The rear bumper has a special threshold, which will be useful during loading and unloading operations. Surprisingly, the company produces great wall hover h5 in various colors.

Plastic surgery on the “face” of the Great Wall Hover never reached the interior – the interior of the SUV almost completely replicates the model H3. Except that now the “fifth” Hover has a leather interior, electric front seats and a parking camera to view everything that is happening behind. The Chinese have decided to get rid of dubious navigation. This is a reasonable move, given the impossibility to compete with hinged navigators.

The decision to make a new car, which can be attributed to the representative class, but at the same time to keep it practical and convenient, Asians want to reach as many potential customers as possible. The salon is equipped with comfortable ergonomic seats. The greatest comfort is possible only when there are no more than four people in the cabin. As a finishing material used high-quality genuine leather, it is decorated with a steering wheel and many other elements. 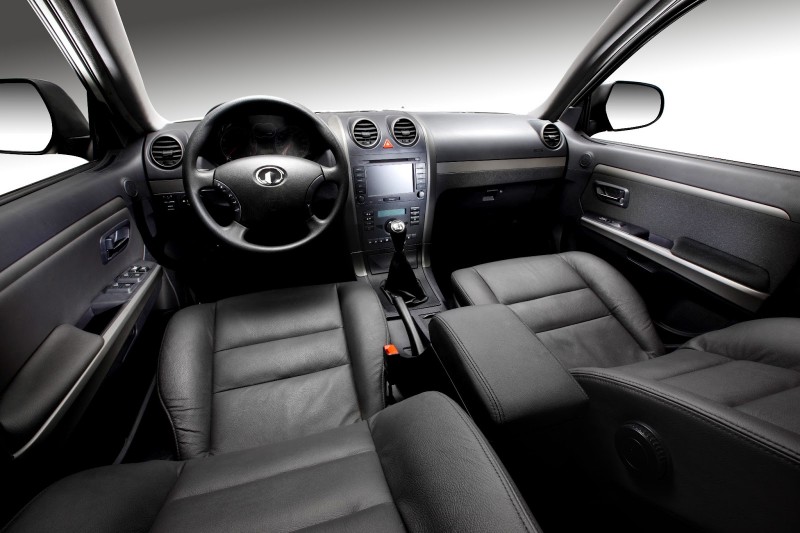 The designers of the Great Wall Hover H5 bet on a belt design, so the control panel blends seamlessly with the lines of the wing. And the contrasting combination of the interior trim with the drop-down dashboard gives the driver the visibility of the elements and the driver will not have any difficulties during the ride. The seats in the cabin can be folded in three different variants to give maximum comfort to people in the cabin. The driver’s seat can be adjusted in six different positions. By the way, which is not typical for Chinese cars, is the seat heating, which is present in this SUV.

Location of the onboard computer is very convenient, to operate the acoustics of the cabin and media system will be very convenient. While driving long distances it will be possible to feel tired, as the front seats are made in a sporty manner, but do not meet all the criteria of comfort. It is worth noting that the headrests are adjusted in the car and even a person with high height will feel comfortable in the back seat. 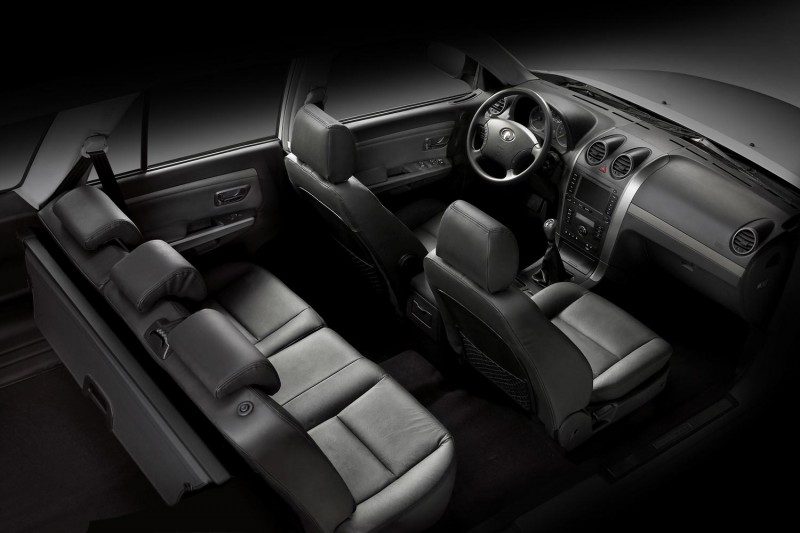 The fifth model of SUV is equipped with a spacious trunk, which is able to accommodate 810 liters of load in standard mode, and if you fold the backrests, up to 2074 liters. The centre console is equipped with two circular diffusers and a large monitor underneath which the vehicle’s technical condition can be monitored and the multimedia system can be controlled. Which by the way supports AUX, USB, Bluetooth and all popular music formats. Behind the car is equipped with a camera, so when you drive back on the same monitor will appear image.

Climate control is divided into two zones and equipped with sensors. So do not be surprised if the system detects a drop in temperature outside and automatically turns on the heating in the cabin. Having given the interior solidity, the Chinese still forgot to stick hooks for clothes, change the ICPP poker and at least do something with a chaotic combination of plastic of different textures. Well, come on, given the origin of the car, it is forgivable everything.

The main updates of Great Wall Hover H5 touched upon the technical component. Five got adapted for Euro 4 and very hard-working 136 hp 2.4-liter engine. This handsome guy is familiar to Russian motorists on the classic Hover, although in the H3 lineup for some reason it was missed. By 2015, the Chinese produced diesel models with 2.0 and 2.4 liters engines. At idling speed, all engines are heard very clearly, although it can not be called noise.

The fifth version of Great Wall is equipped with a rigid suspension, which is based on a design with two torsion levers at the front and an independent spring at the back. All configurations of the SUV are made with all-wheel drive. An important distinguishing feature of the Great Wall Hover H5 is the reduced gearing, which is quite rare in a car of this class. 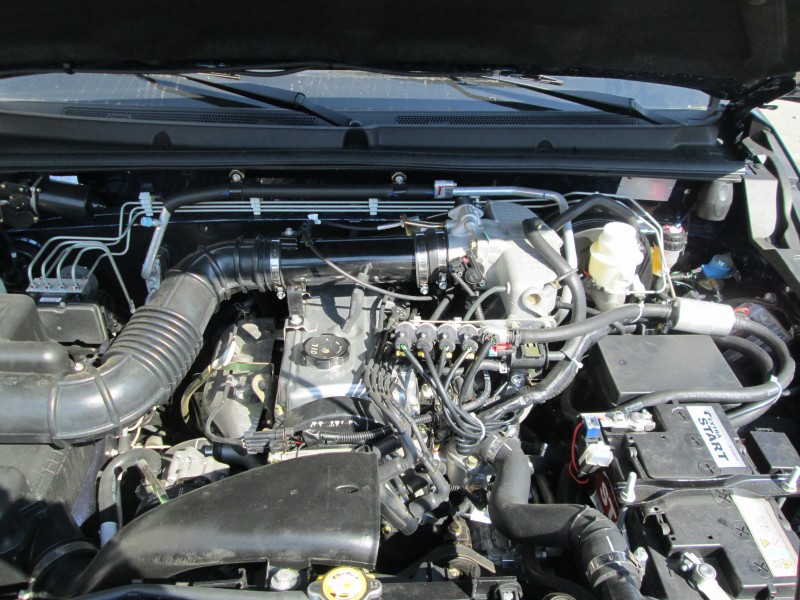 The braking system has been improved compared to its predecessors. Dual circuit brakes with ventilated system support ABS and EBD. The steering is based on a rack and pinion mechanism and hydraulic booster. There is no great variety of engines for Russia, but there is one diesel and one gasoline variant. According to statistics, the preference is given to the gasoline engine. Let’s consider them in more detail:

The gearbox in both variants is a six-speed mechanic, but the maximum equipment includes an automatic gearbox from Hyundai.

The safety of this vehicle is high. In the course of the crash test, excellent results were obtained, which suggests that Great Wall Hover H5 is one of the safest SUVs of its class. Great Wall has received additional safety due to the frame, which is reinforced by the frame construction of heavy-duty metal alloys.

High quality of assembly allows you not to worry about the reliability of the machine. By the way, the car has a parktronic and immobilizer (anti-theft system, which does not allow to start the engine with a non-native key). Another distinctive feature of this car is that the side mirrors are equipped with heating. 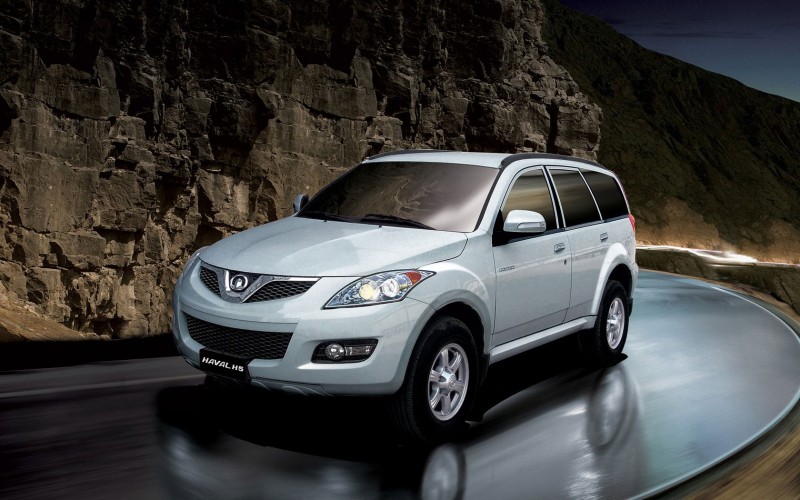 SUVs from Baoding arrived in Russia in Velour and Luxe configurations. In addition, there are diesel variants with manual transmission and automation. Even the basic equipment turned out to be surprisingly rich. Buyers of the most affordable model can count on the front desk, advanced audio system, seat heating and climate control, power amplifier, ABS and EBD. Prices for the new Great Wall Hover H5 2015 will start from $15155,16 for a model with a mechanics and a diesel engine 2.0 rated at 136 horses. The most expensive luxury version with an automatic box will cost $16422,00. 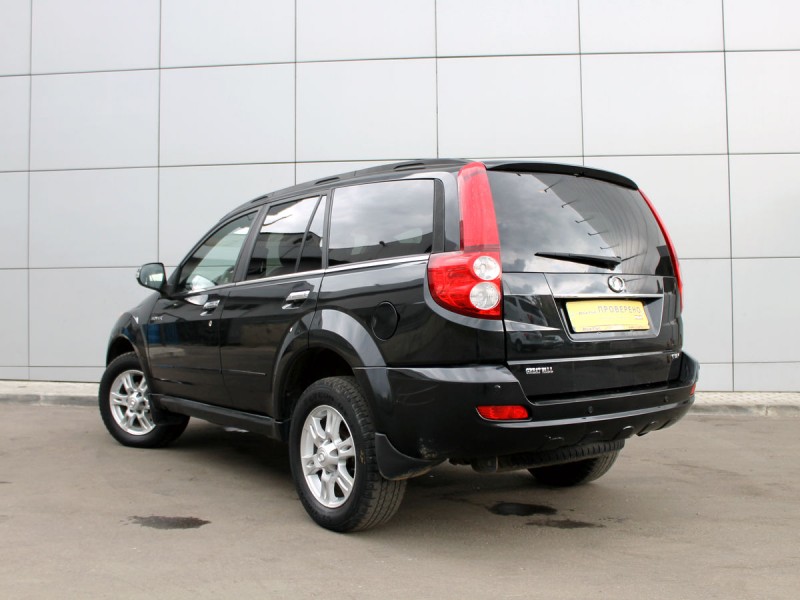 The appearance of the car is much better than that of its predecessors. Full compliance with Euro-4 standards has opened up the possibility of Great Wall for sales in the Russian Federation. The undeniable advantage of this SUV is that it is widespread in our country and there will be no problems with repairs.

Compared to H3, the Hover H5 model has significantly improved its quality. Its technical indicators are also quite good, but the talents of the Chinese SUV should not be revealed on straight roads, but on the country road. Among the advantages we should note the compliance with Euro-4 standards, easy overcoming of obstacles, pleasant appearance. However, there are also disadvantages, among which are not quite comfortable adjustment of seats and some chaotic placement of plastic throughout the cabin. 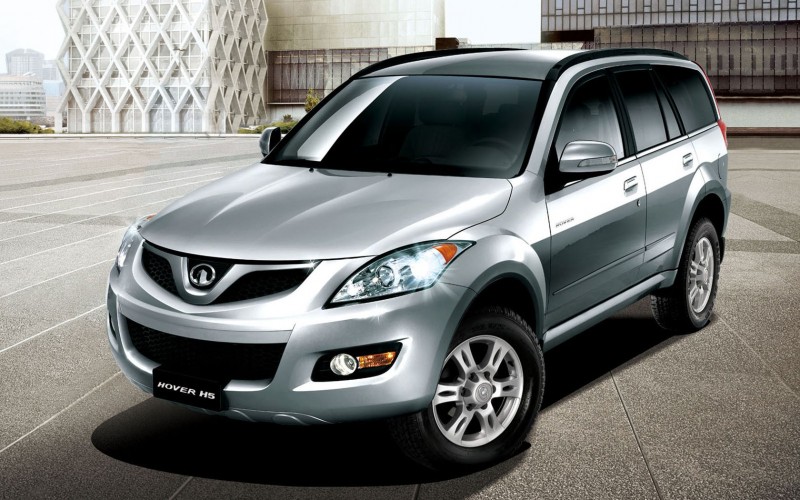 We advise you to read the article: History of Great Wall Motors 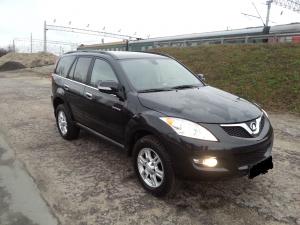 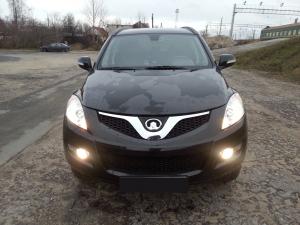 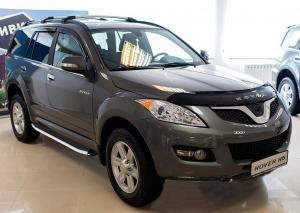 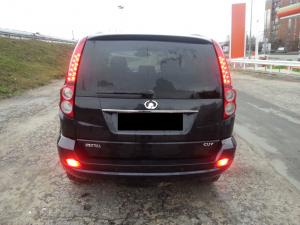 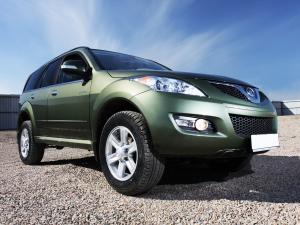