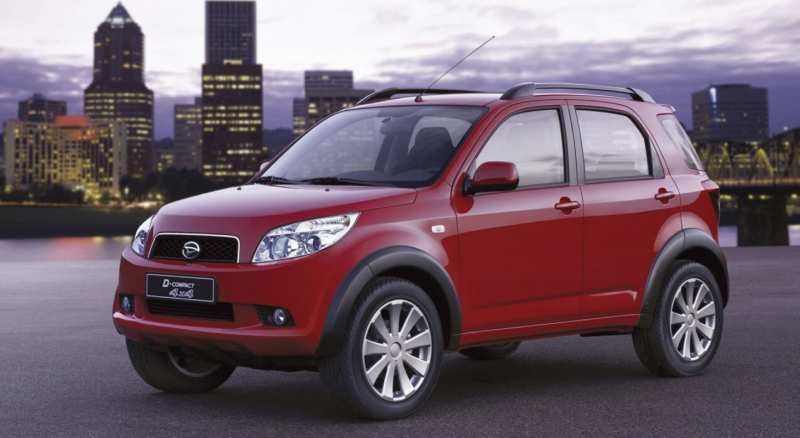 The Japanese car industry isn’t just Mitsubishi and Toyota. In the European market you can find some other manufacturers, the sales volumes of which, though small, but stable. 3500 – that’s how many Daihatsu Terios cars are produced per month. In November 2008, Terios arrived in Europe for the first time and immediately won the hearts of car enthusiasts.

In 2006, Europeans have already tried to sit at the wheel of Terios. The updated model range has refreshed the five-seater SUV, making the SUV versatile, and the drive rear or full. The appearance of Daihatsu Terios has also changed, which can be bought in many cities of Russia. The whole model range is Daihatsu.

To begin with, Terios Daihatsu has upgraded its bumpers and false radiator grilles. A couple of transparent lenses appeared on the rear block of headlights, and a plastic cap appeared on the spare wheel. Previously, it was offered for an additional fee, but now it goes even in the basic equipment. The range of available colors has been increased to eight. Despite the fact that the machine has undergone acceleration, the size of the Daihatsu Terios is not beyond the compact segment.

The mini-crossover has 16-inch wheels and 200 mm clearance and weighs only 1125 kg. Despite the compact interior (only 169 cm), even a tall driver will sit comfortably enough behind the wheel. The maneuverability of the car is decent, the turning diameter is 9.8 meters. It allows to unfold Daihatsu Terios even on a small patch. 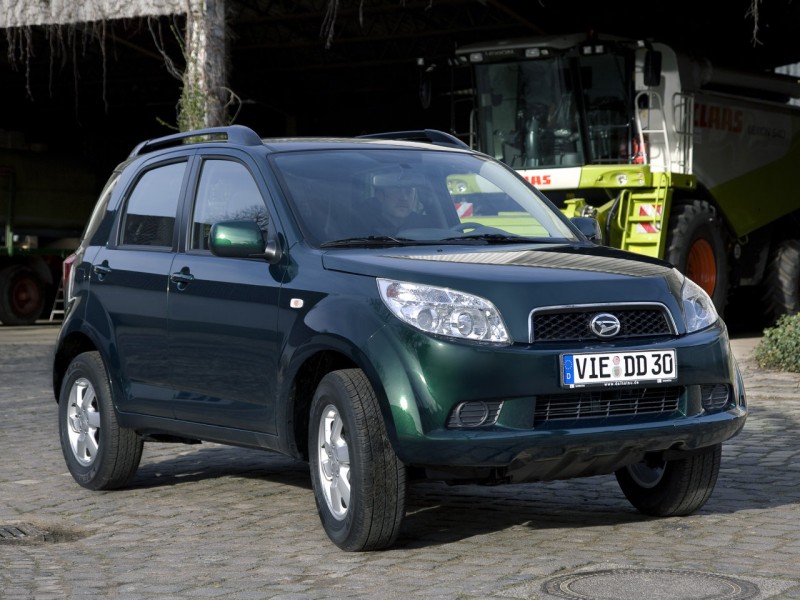 From the look of things, we’ve moved smoothly to the interior. Everyone who is going to buy a Daihatsu Terios, will pay attention to the unified design of the central console Terios. It used to look like wells. In the center is the speedometer, the LCD screen underneath shows the fuel consumption, temperature and exact time. The convenience of the Daihatsu Terios salon has grown considerably due to the control buttons of music and air conditioning on the steering wheel.

By the way, climate control has become fully automatic. The additional chic of the interior is given by the leather interior, which is available in some configurations. Getting into the car is quite convenient due to the wide openings of the doors. The mini-crossover has a luggage compartment with a capacity of 205 liters, but if you fold the rear seats, the space expands to 450 liters. The Daihatsu Terios safety system includes six airbags, a pair of belts with pretensioners. There is room for a child seat in the rear seat. 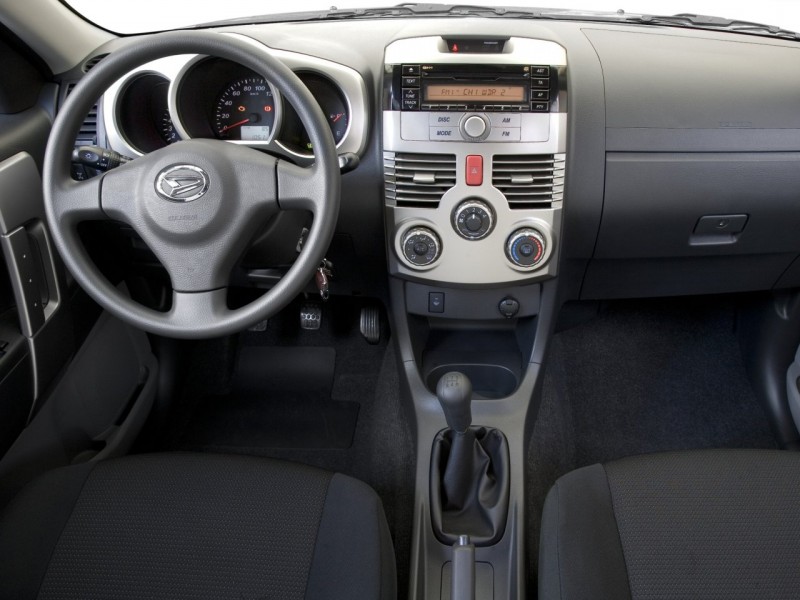 The European version of the Daihatsu Terios is represented by a 1.5-liter 105 hp engine. As a gearbox, the driver can choose automatic four-stage or five-stage “mechanics”. In Japan, a 1.3-liter engine with a capacity of 85 horses is adopted as a basis for the equipment.

One of the reasons for the popularity of Daihatsu Terios is its modest fuel consumption – only 8 liters per 100 km. The maximum that can be squeezed out of this car on a straight line is 160 km/h. Depending on the transmission and engine installed, the speedometer hand passes a hundred in 12-15 seconds. In all-wheel drive versions you can find the function of differential lock. For increased riding convenience, the all-wheel drive model with automatic transmission is equipped with HAC and DAC systems. 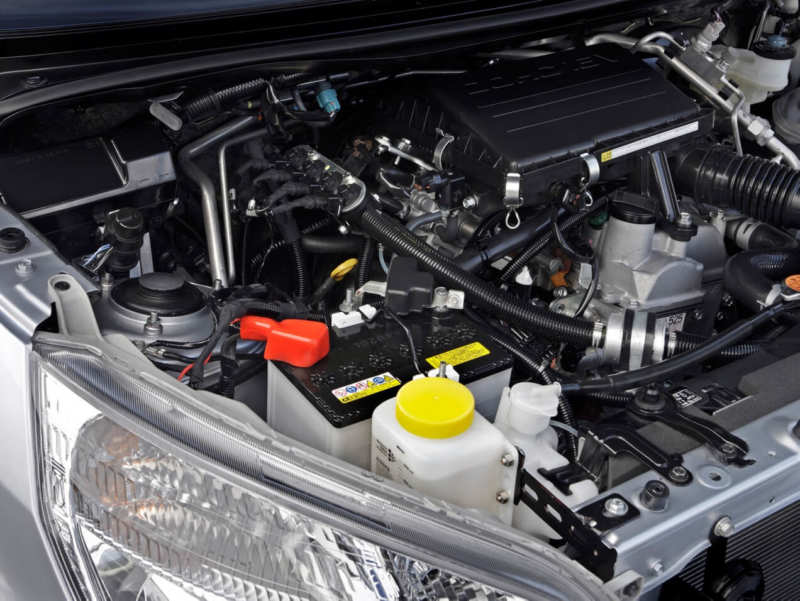 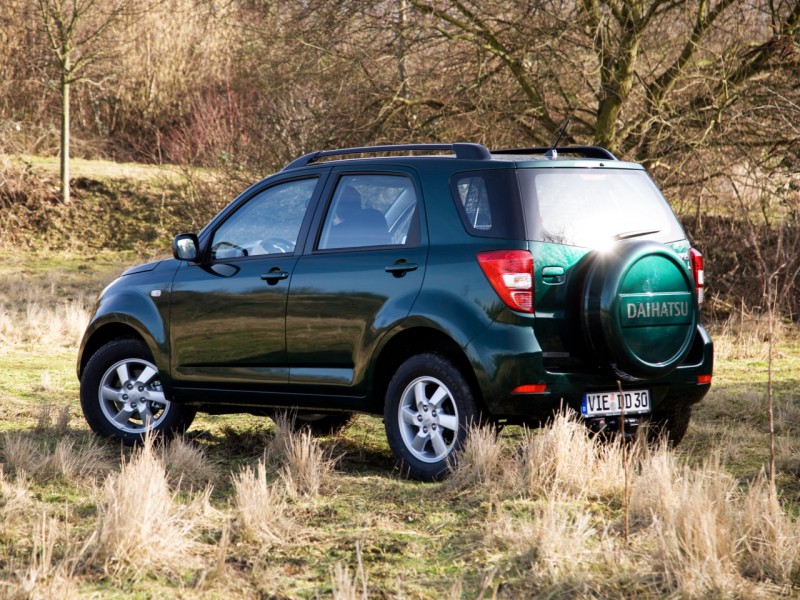 We all know how good Japanese cars are. But if there is no money for a Toyota crossover and you’ve been working in Asia since you were a child, Terios will be the perfect choice. It is much more accessible, but has a very solid functionality, good controllability and first-class appearance. 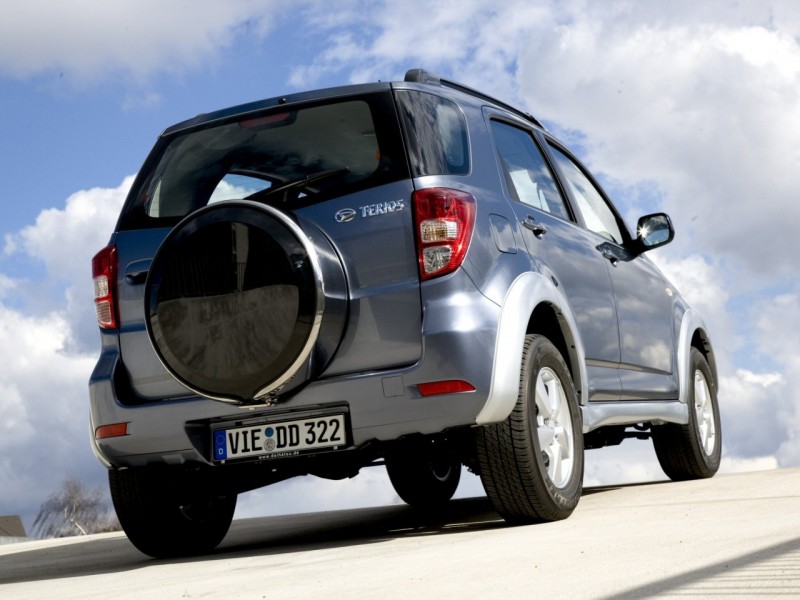 We advise you to read the article: History of Daihatsu 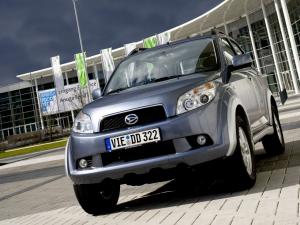 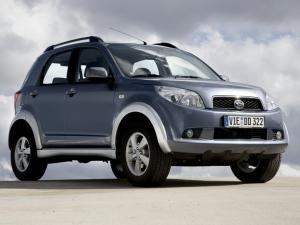 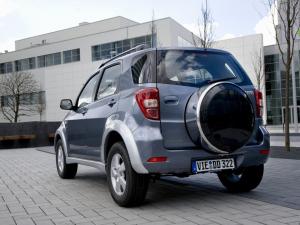 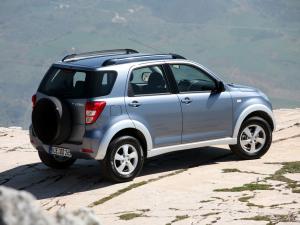 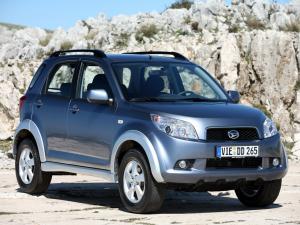 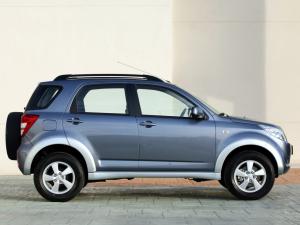 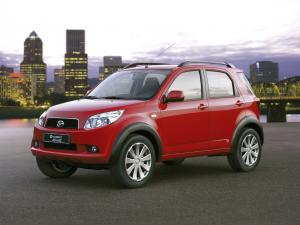 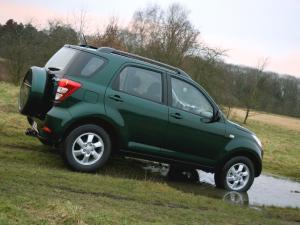 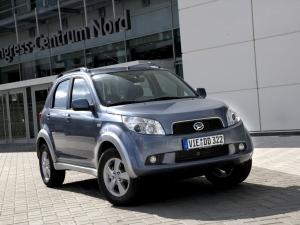