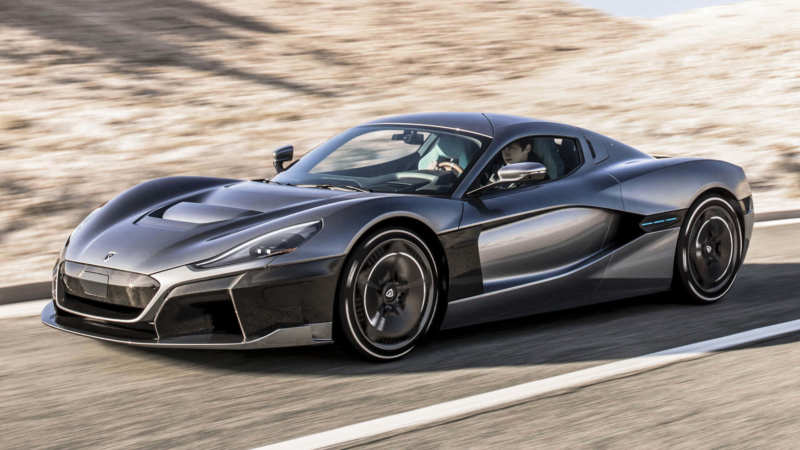 The Rimac Concept Two (C Two) is an electric supercar developed by the Croatian car manufacturer Rimac Automobili. This is already the second model of this company. The first time the car was shown during the 2018 Geneva Motor Show and was called a significant breakthrough in technology, as well as a response to Elon Musk’s Tesla Roadster. The Croatian company intends to produce only 150 cars and aims to enter the global market.

Some design elements of the Rimac Concept 2 slightly refer to its predecessor in the form of Concept One. For example, the cars have a similar shape of headlights, deep chisels on the sides of the characteristic shape, as well as overlays on the sides of the front bumper. However, the novelty is a little higher, has a more developed bodykit and stands out with a non-standard “rollers” pattern. Also Rimac Concept Two has diode lighting, upward-opening doors, capturing the side windows and part of the roof. Interestingly, the new LED headlights have 58 diodes in each.

Thanks to the efforts of Croatian engineers, the car has a drag coefficient of 0.28, which is a very good result. 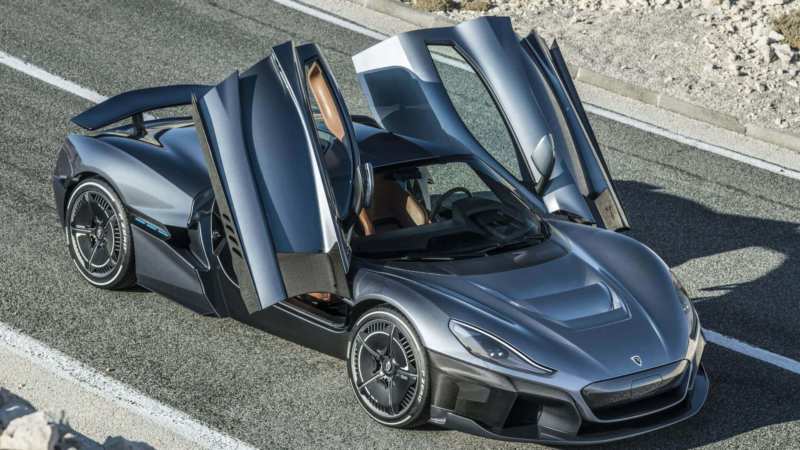 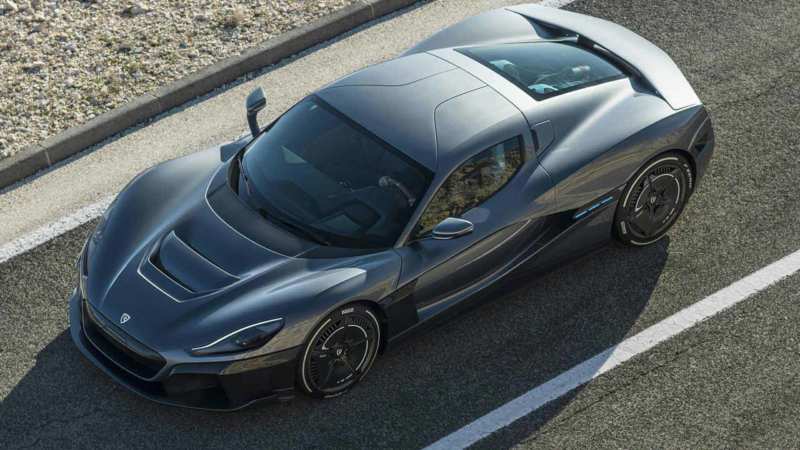 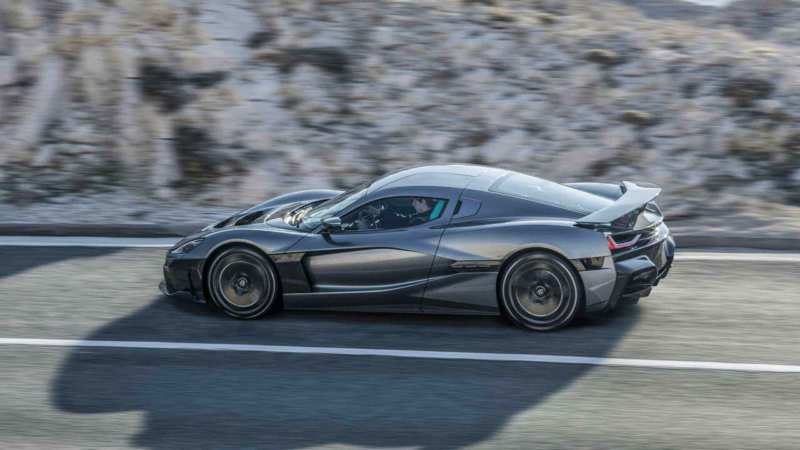 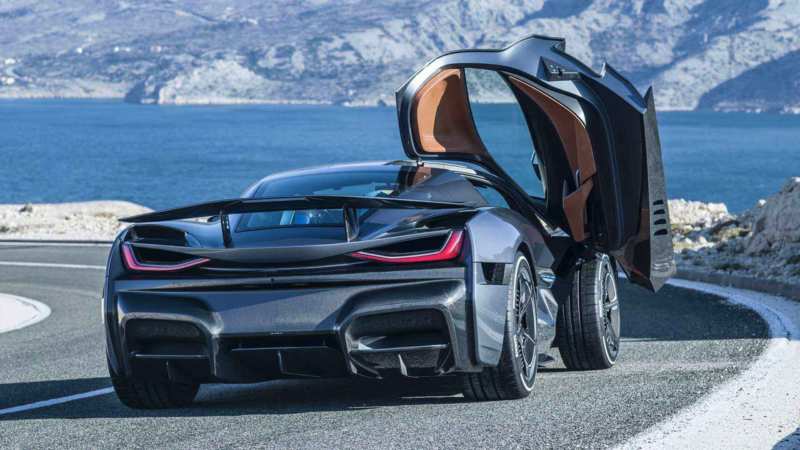 The power plant itself is assembled in a solid carbon fiber body built into a carbon fiber monocoque. The car is quite sophisticated when it comes to aerodynamic performance. It boasts seven independent cooling circuits for the power plant, batteries and electronics units. Specialists have optimized the aerodynamics of the underbody, built massive air intakes in the hood and wide on the sides. And the wheels were designed in such a way as to cool the braking system as effectively as possible.

On the rear fenders in front of the wheel arches, it was decided to cover the air intakes with carbon elements in the form of a necktie. As for the adaptive wing, it is able to change the angle of attack, based on driving conditions, and during braking at high speed, it stands upright and acts as an air brake. It is not for nothing that many people compare the Rimac Concept vs Tesla Roadster.

The interior of the car boasts a fully electronic dashboard. The center console has a massive tablet. You can sit comfortably thanks to the sport seats and steering wheel, which have electric adjustments. Among the finishing materials can be distinguished natural leather and carbon fiber. Behind the seats you can notice a small niche for luggage. The cabin has six displays, which show data about the work of onboard systems of the electric car and telemetry data. 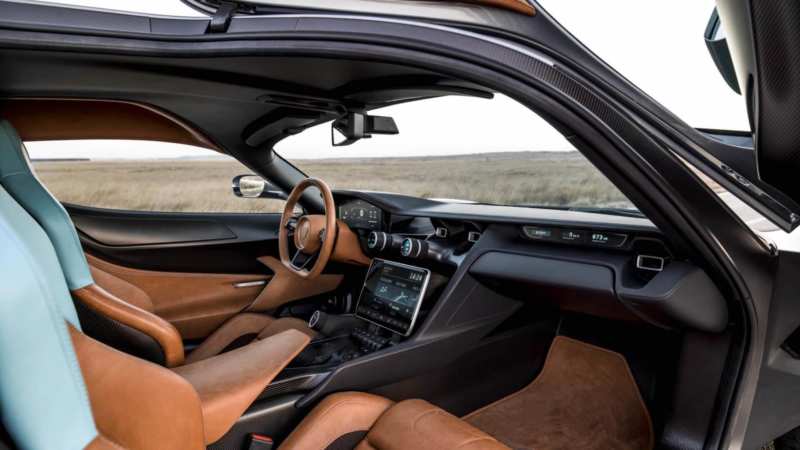 Interestingly, the electric car does not need a key: the “butterfly wing” doors have received a facial recognition system. Moreover, thanks to smart sensors inside the cabin, the electronics is able to recognize the mood of the driver and accordingly change the sharpness of reactions on the controls. The system can even turn on relaxing music. However, the company did not stop there – they equipped the car with a 4th level of autonomy. In practice, the driver can interfere in control of the electric car only in emergency situations. Not without auxiliary functions for the driver. This list has:

Rimac on-board system allows you to download data from some of the race tracks and use the function of a virtual coach, which will advise the correct path, warning about the points of acceleration and braking, as well as the angle of the “steering wheel.

Each wheel has its own electric motor with its own individual gearbox: single-stage gearboxes at the front and two-stage gearboxes at the rear. The total output of the electric motors equals 1,914 horsepower (2,300 Nm). Due to these characteristics Rimac Concept Two takes only 1.85 seconds to go from zero to 96 kilometers per hour. The speed limit is 412 kilometers per hour. To go ¼ mile, the car takes only 9.1 seconds. The engines are oil-cooled and have an efficiency of over 97% and an almost “unlimited life”.

The four electric motors are powered by a new 720-volt battery pack with a capacity of 120 kWh. The batteries were created in the format of cylindrical cells of size 21,700. The total number of cells amounted to 6,960, by the type of the Tesla Model 3 battery, which are filled with lithium-manganese-nickel composition. A single charge of the batteries is enough for 650 km (according to the NEDC cycle). The creators themselves claim that the car is able to cover two full laps of the Nürburgring on its full power.

We should also mention the peak power which the battery can supply to the on-board network: 1.4 MW (the previous model had “only” megawatt). Charging of the car is possible with the onboard charger, the power of which is equal to 22 kW (it is possible to connect to AC “columns”). However, it is also possible to use DC Combo “fillers”, the power of which reaches up to 250 kW. If you use the latter, you can charge your electric supercar up to 80 percent in half an hour. 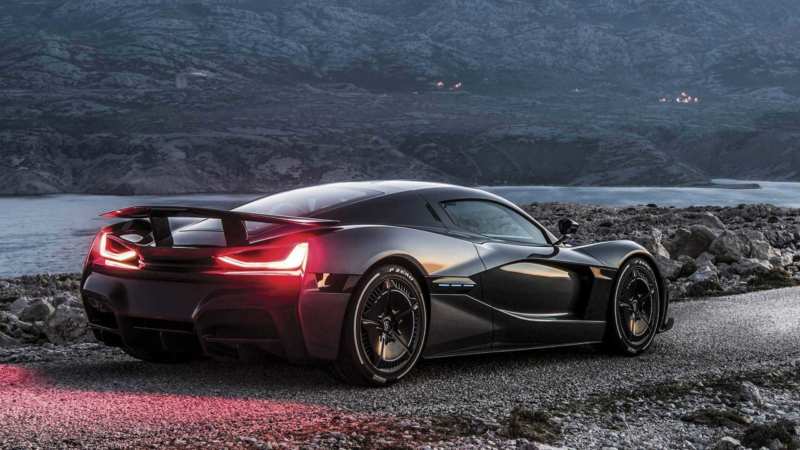 Engineers paid a lot of attention to the safety of the Rimac Concept Two. It boasts eight cameras, one or two leaders, six radars, and 12 ultrasonic sensors. In addition to being able to recognize faces and voices, the car allows for monitoring via laptop of 500 channels of telemetry.

In fact, there aren’t many similar powerful electric cars on the market today. But the Rimac Concept 2 has been able to make some noise in the automotive world. The experimental Japanese electric car Aspark Owl and the American model Tesla Roadster have similar characteristics.

As mentioned earlier, the Croats plan to produce only 150 such electric cars. Sales were supposed to start in 2020. The preliminary price of the Rimac Concept Two is about 1,600,000 euros. 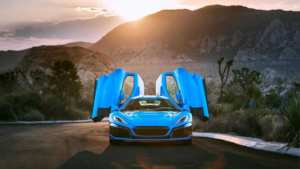 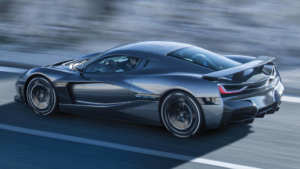 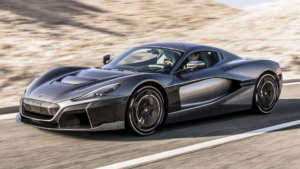 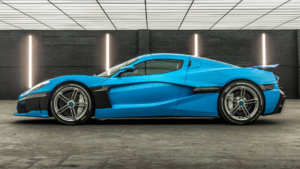 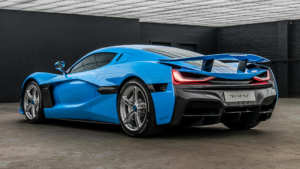 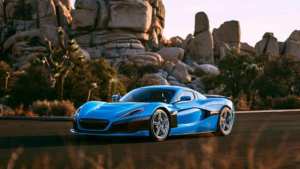 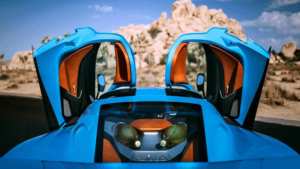 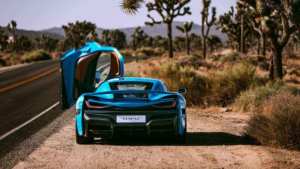 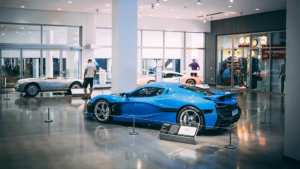